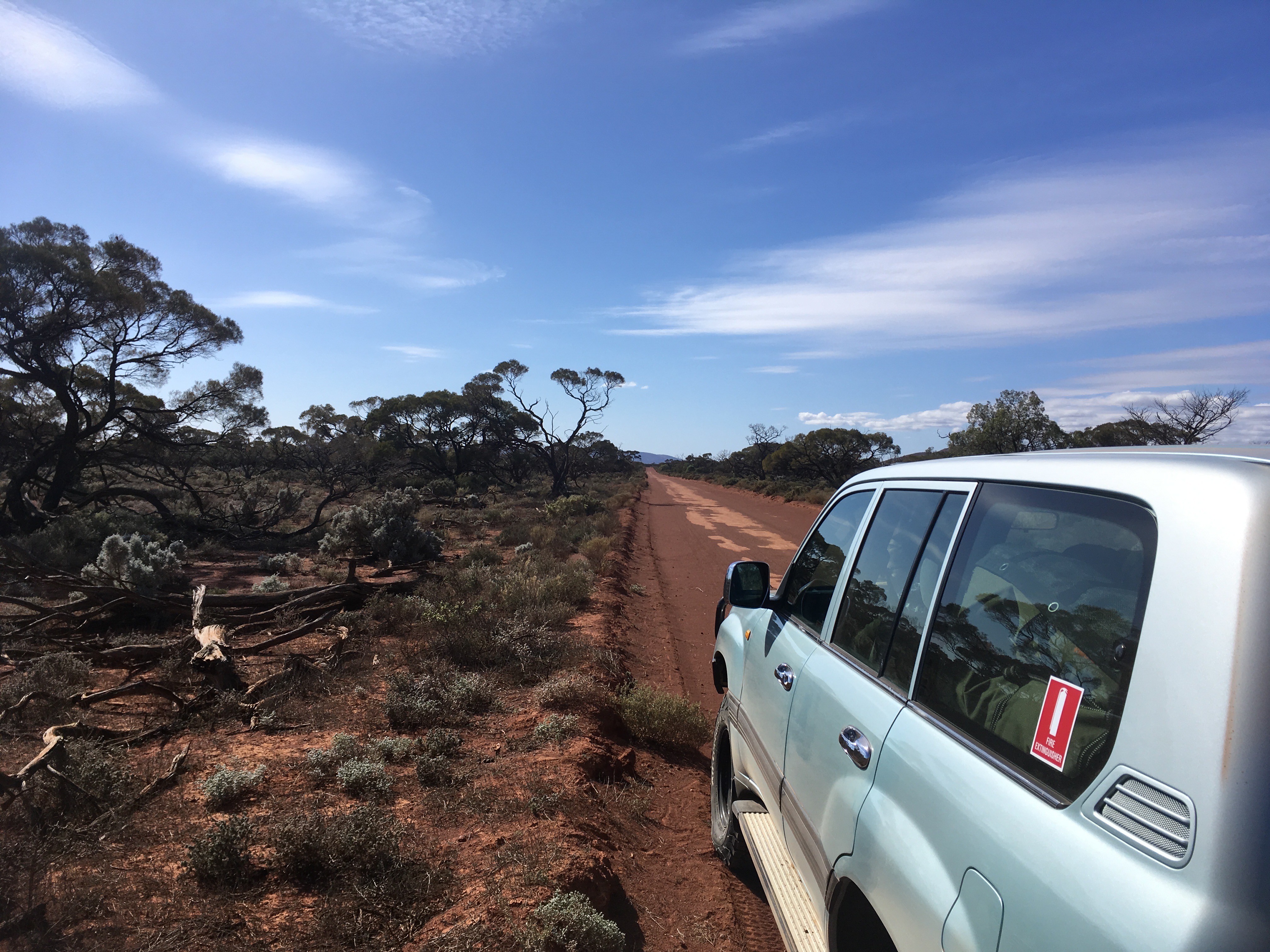 We headed out early Sunday morning, on the road by 0715. This trip had been in the planning for months, with the last few concentrating on having the truck and camping gear prepared.

So the road we hit, planning to be away for a couple of weeks. A familiar drive out, heading north from Adelaide. Ticking off the ports on the way up, Port Wakefield, Port Pirie, stopping briefly at Port Germein to check out the Sunday market. Before making our way to Port Augusta. Here we turn due west, following the Eyre Highway across the top of Eyre Peninsula. 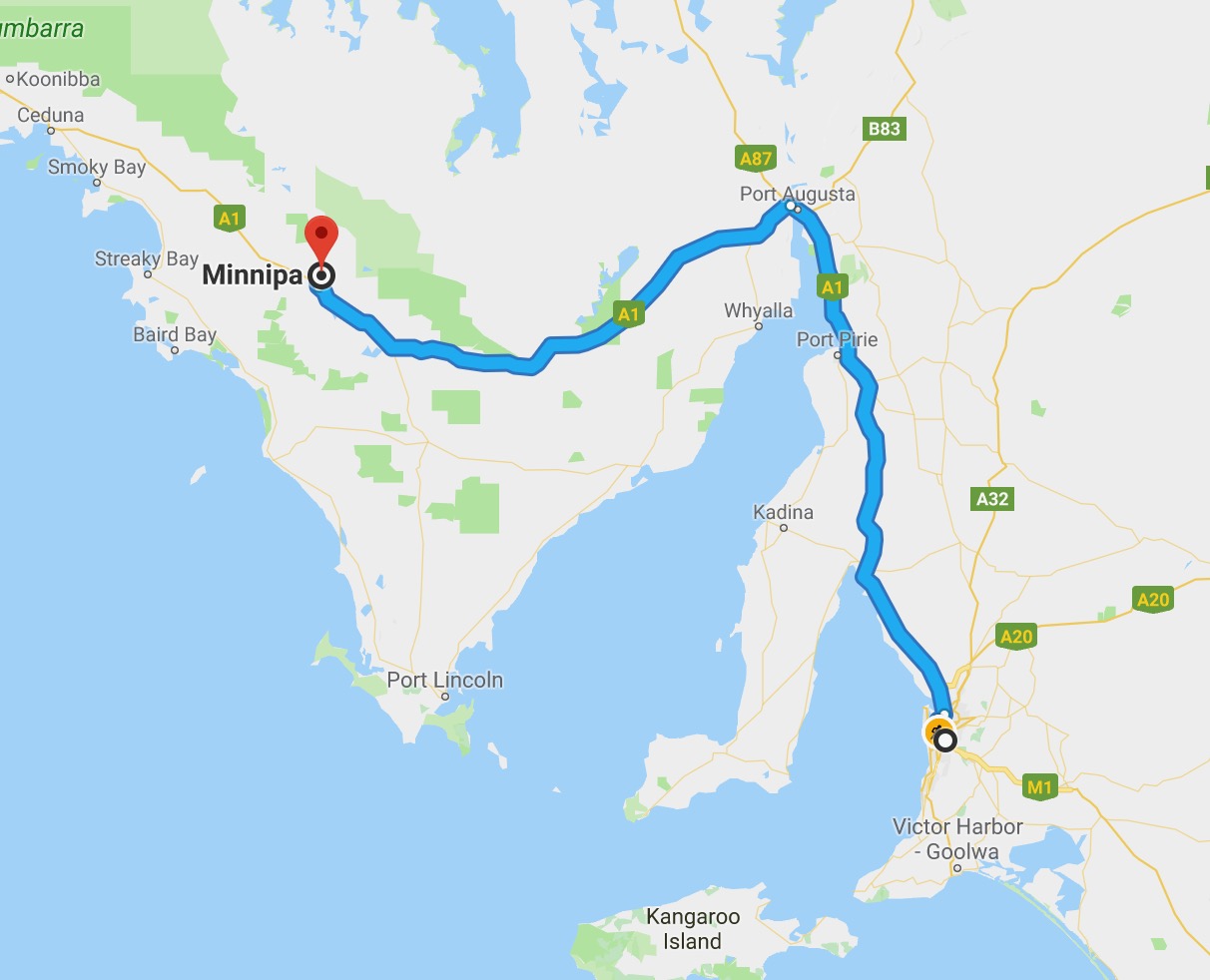 We first took this route back in 1999 as a pair of fresh young backpackers from the UK heading out on our first Australian road trip. Back then we were in a metallic blue Ford Falcon station wagon. Now, we are still in a metallic blue station wagon, just this one is shaped like a 105 series Toyota Land Cruiser. Like last time we stopped at Iron Knob, as our sense of humour hasn’t really matured in the 18 years since we last came this way… 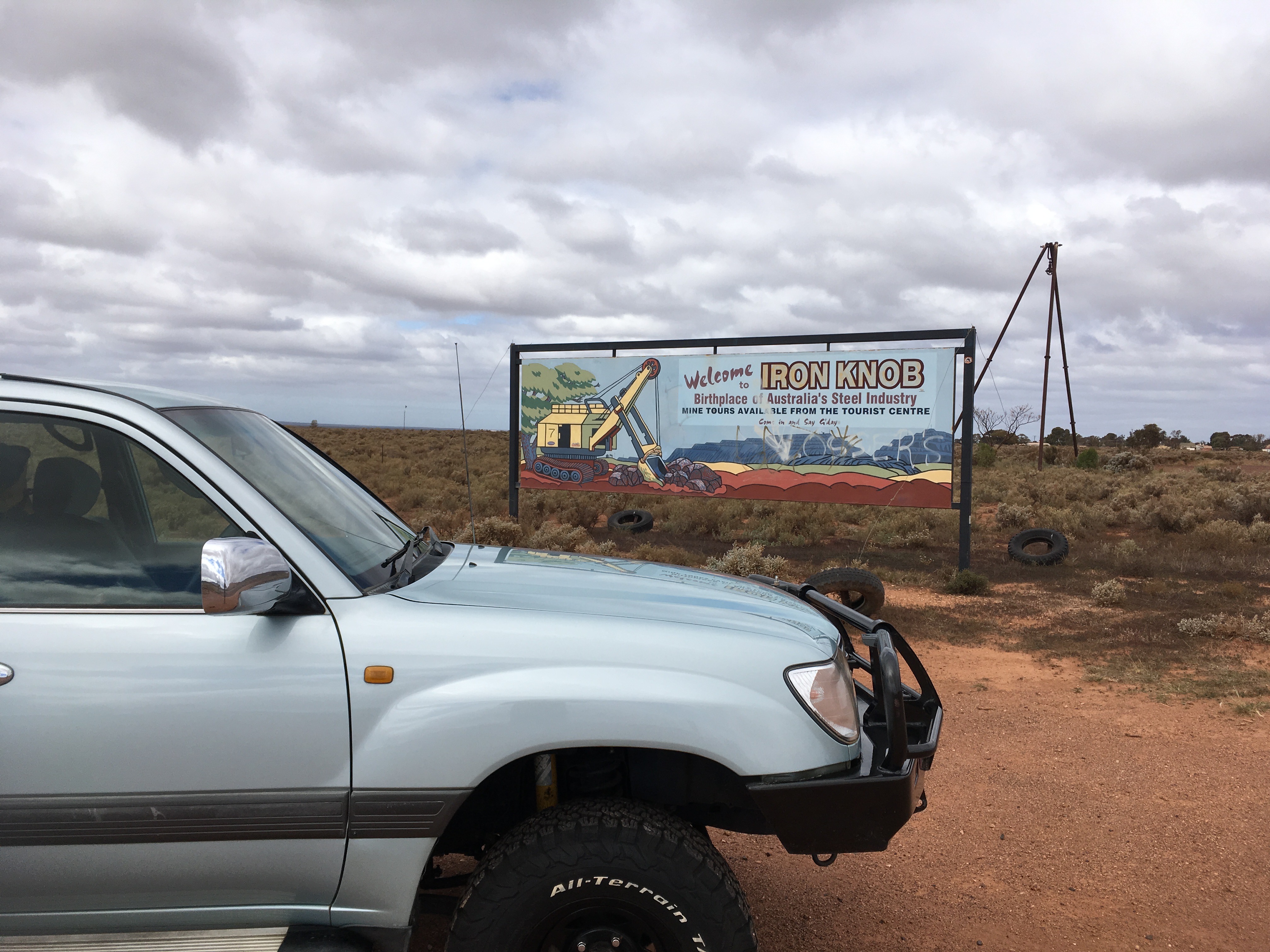 Not much about the mining community has changed either. We pressed on, the road following the side of the mine and onto Kimba, a nice little country town. Having one of its grain silos painted, which is a trend I can get behind. 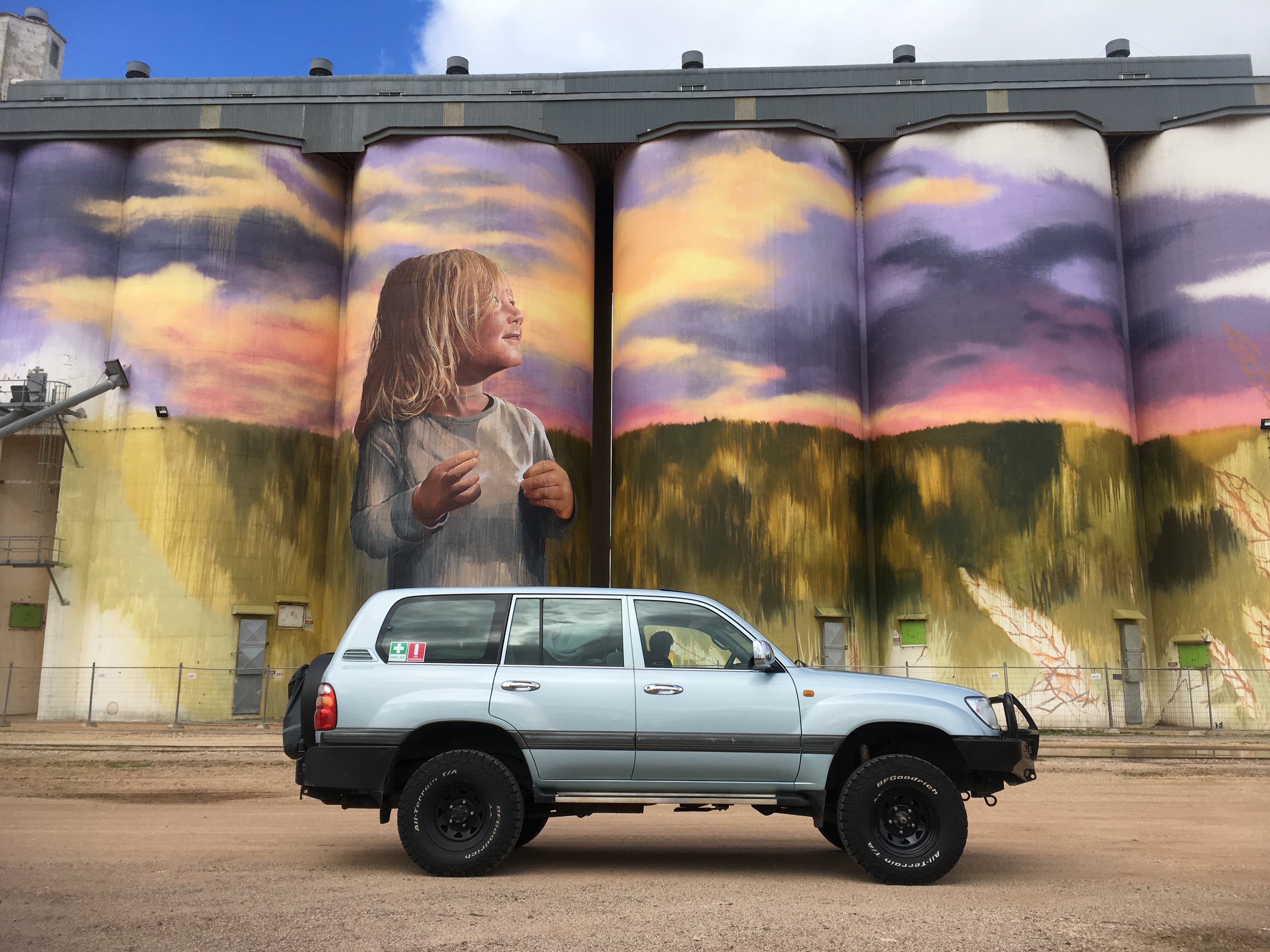 Then onto Wudinna for a top off of the Long Ranger sub-tank, before finally leaving the bitumen at Minnipa to head north to Gawler Ranges National Park. The first 30km being freshly graded smooth dirt roads, then about 5km from the park must have been as far as the grader got. Instantly the road became very rough with severe corrugations. No skipping over the top of these beasts, especially with the Cruiser well over three tonnes, fully loaded with water, fuel and camping gear. Time to let some air out of the tyres and just bobble slowly into the park.

Pulling into the first campsite, Yandinga, as it was getting late in the day. 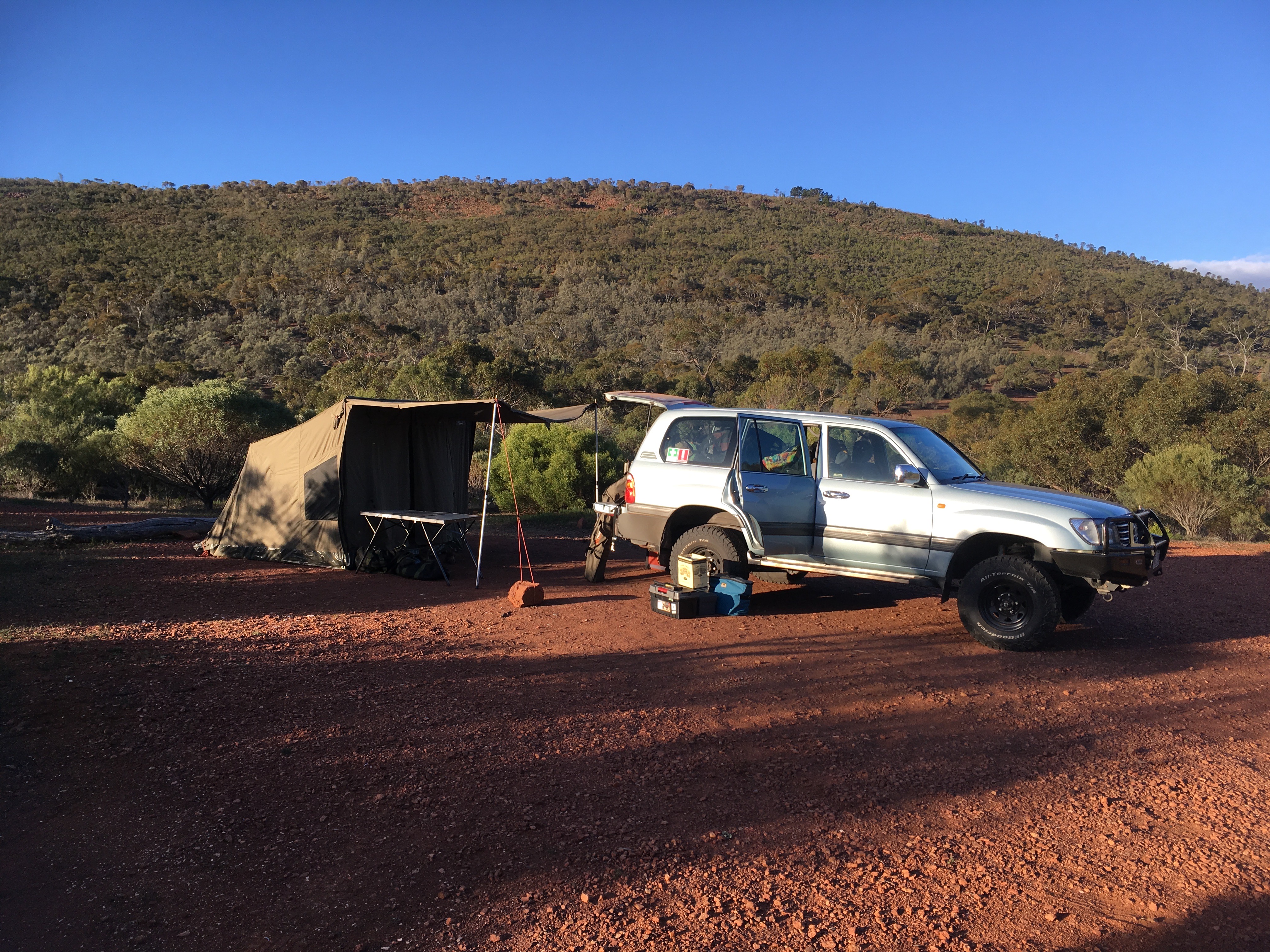 We quickly put up the OzTent, lit the Trangia and while the bread was still fresh I knocked up a couple of quick steak sandwiches. 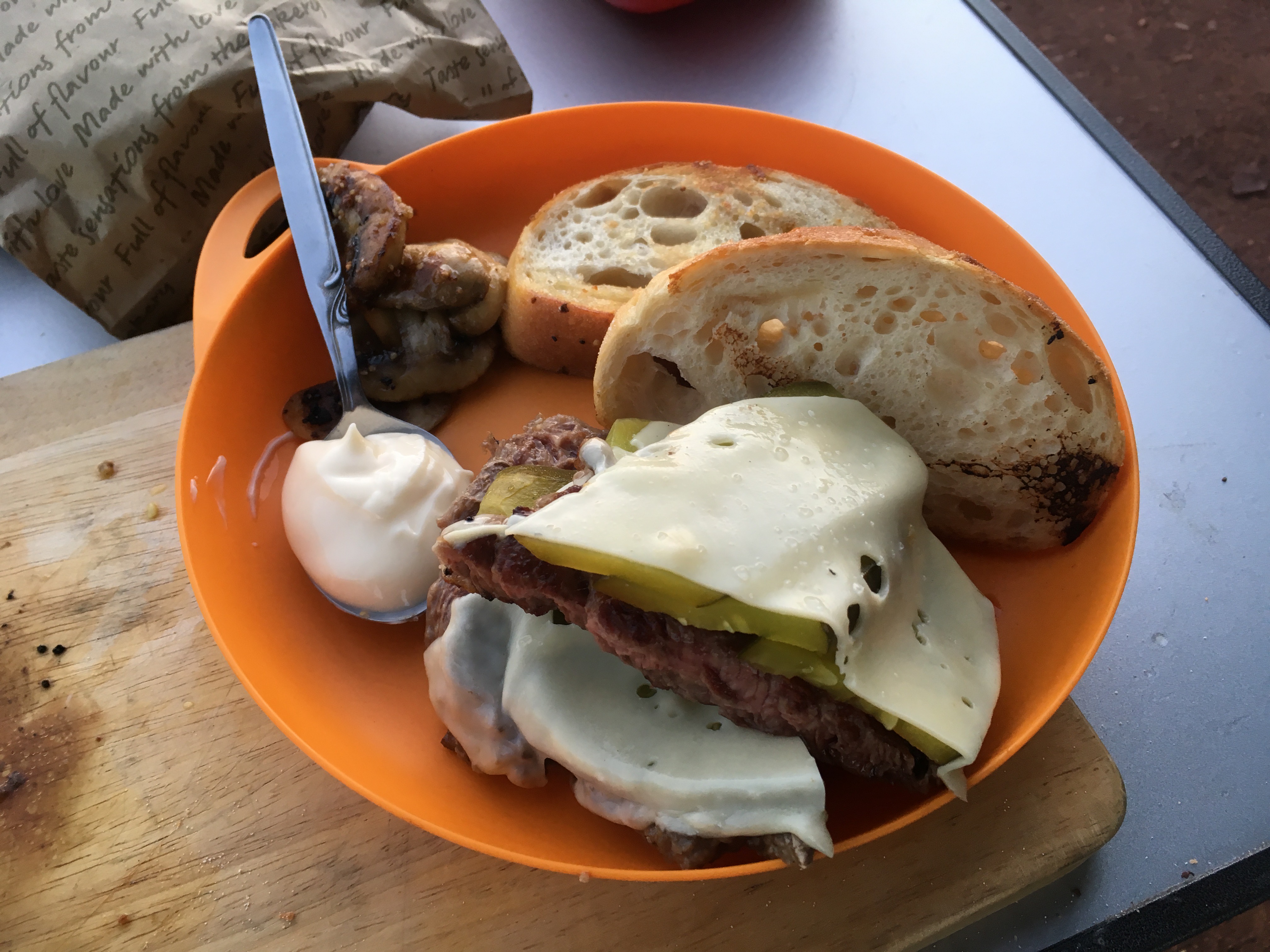 While N made our new bed set up, with the MEGAMAT, camping quilt, etc. With the temps in low single figures the new bed set up was great, when it all stayed together… A bit of tweaking to be done on this. In all honesty the last few hours had been a bit more rushed that I would have liked, plus the big drive. I was keen to get out of the ‘weekender’ type mentality… We lit a fire, stayed up with a couple of drinks and started to relax. 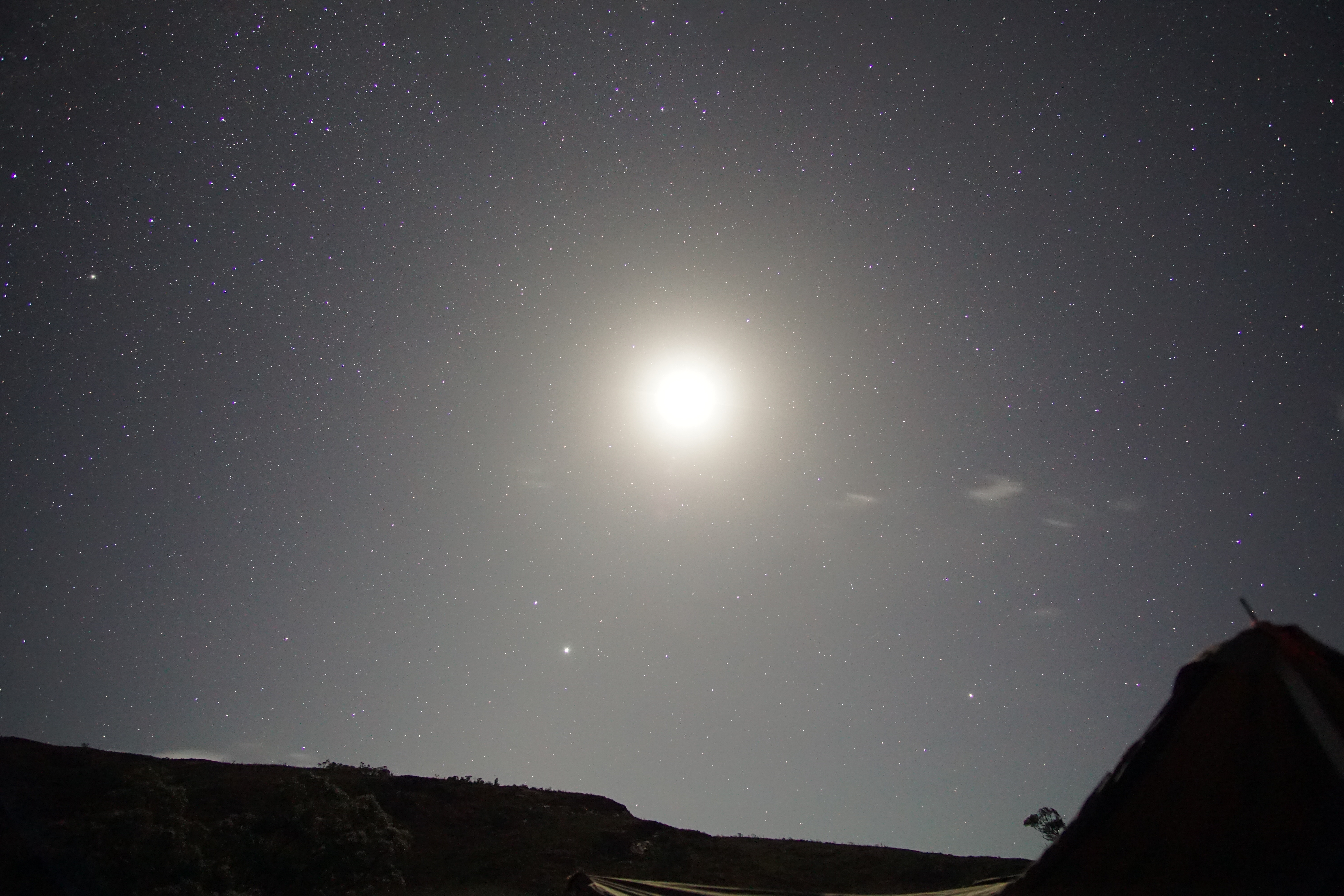