Settle in friends, we could be here sometime…

So, being back on tarmac signalled the start of a few days just exploring down the west coast of Eyre Peninsula. I’m not going to pretend it was like most of what we had been doing up to this point, we were still just following our noses checking out what we wanted to and stopping when we felt like it. 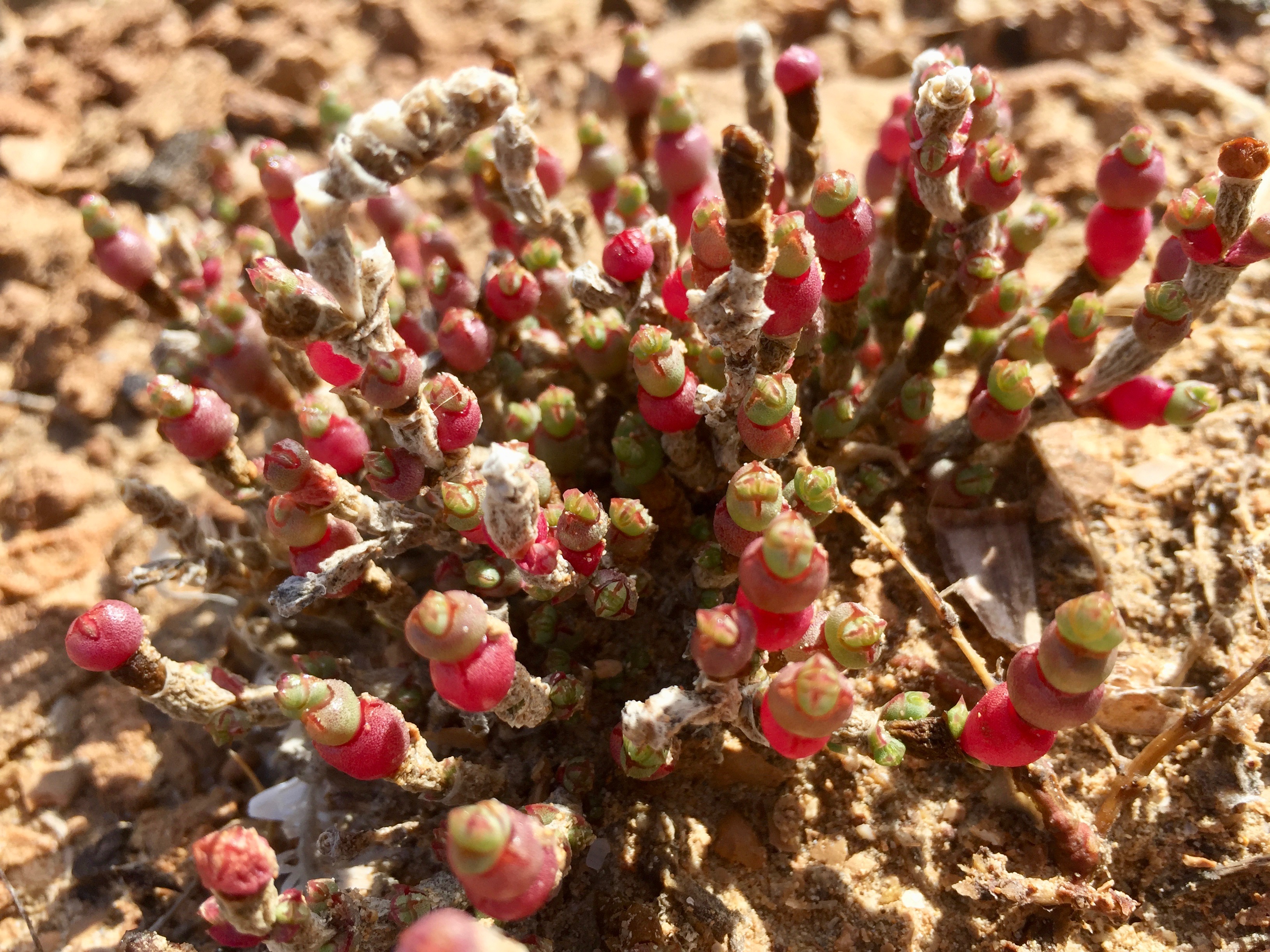 This was maybe a bit more ‘touristy’ than what we had been doing up up till now. Fine with me, I don’t mind a bit of that to balance out the fourbie stuff. Variety is the spice as they say…

This is the main bitumen road. We fell off and on this, onto dirt and coastal stuff many times, but you get the idea. 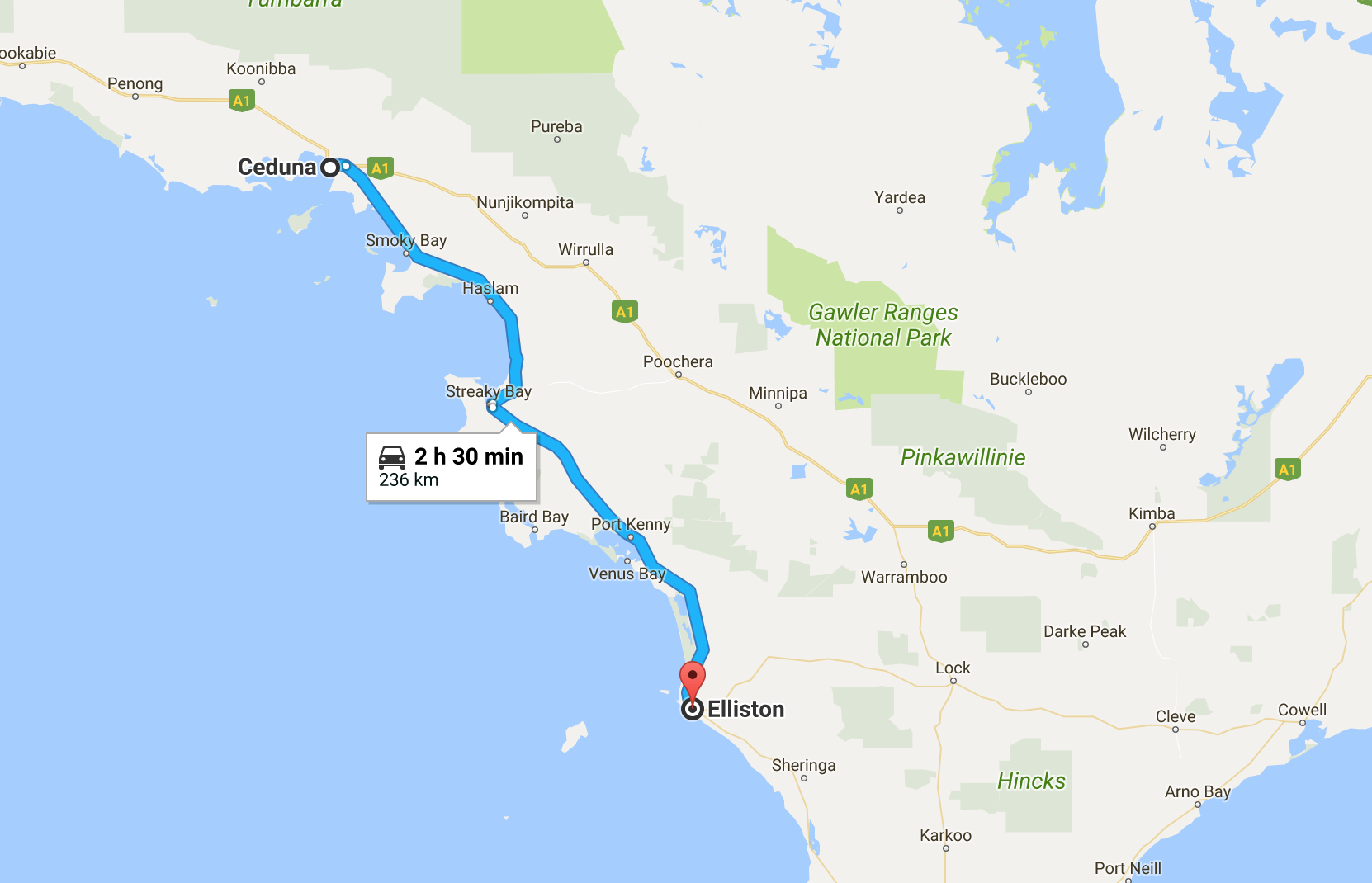 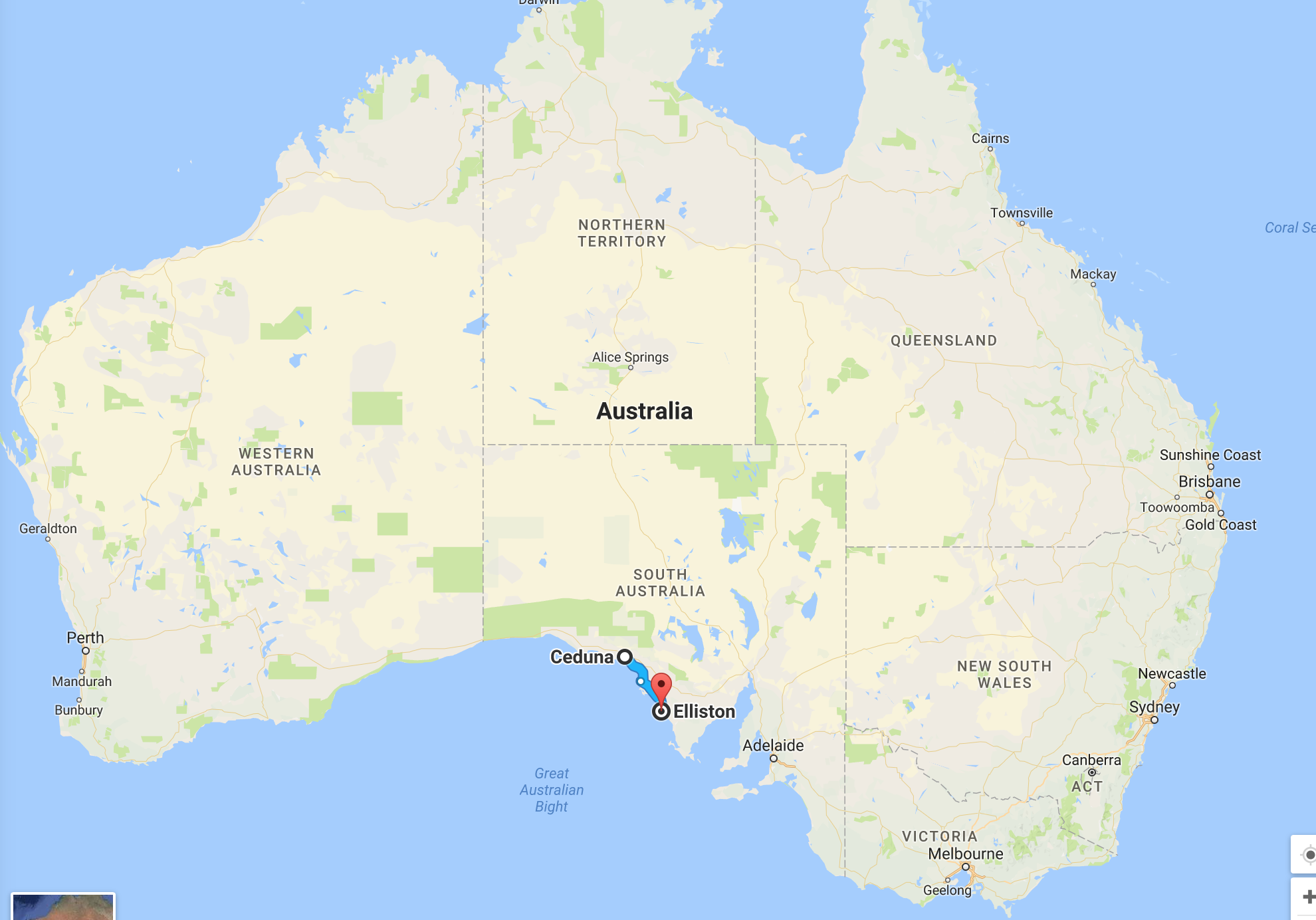 First up we cruised back in Ceduna for a top up of supplies. Then moseyed on down the coast, pulling first into Smoky Bay, then deciding to head a bit further down to Streaky Bay for that nights’ stop. 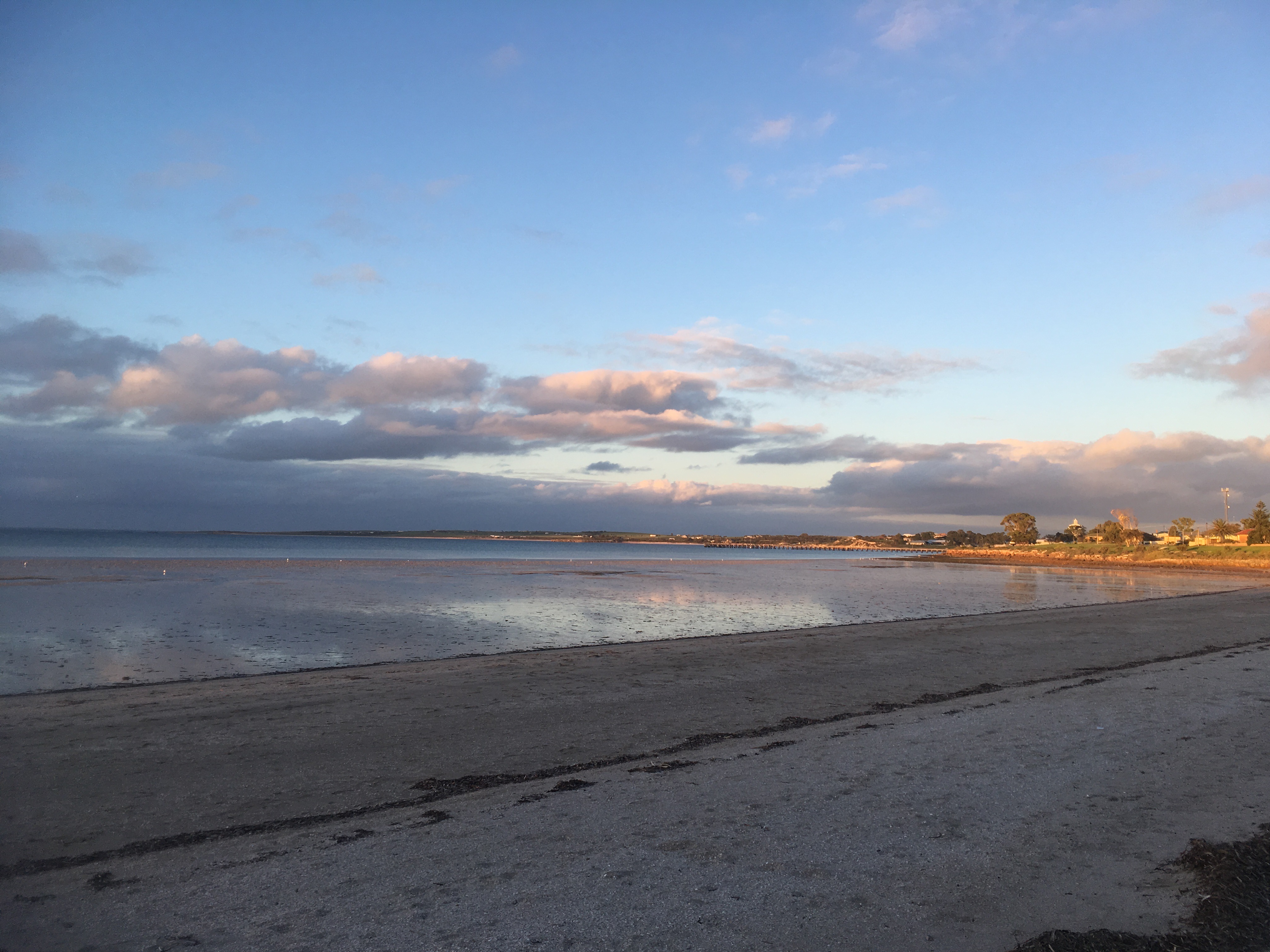 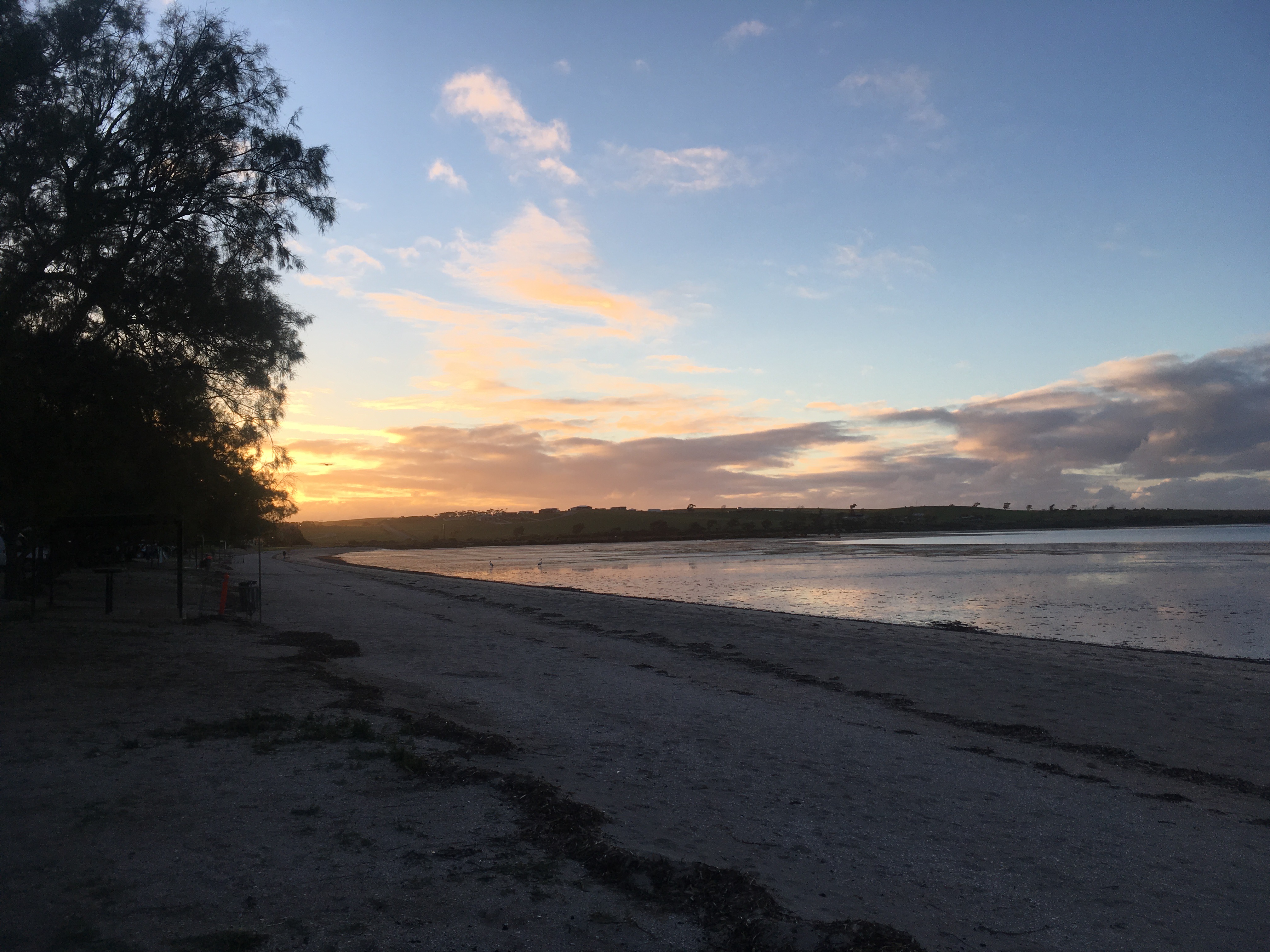 Streaky Bay is a pretty little town, with a very calm and shallow bay its outlook. We had stayed here before, but too many years ago to remember much apart from the campsite was right at the bay edge.

Again the campsite had more of a practical, efficient air about it rather than any real charm or character, so we decided to make it just a one night stop. 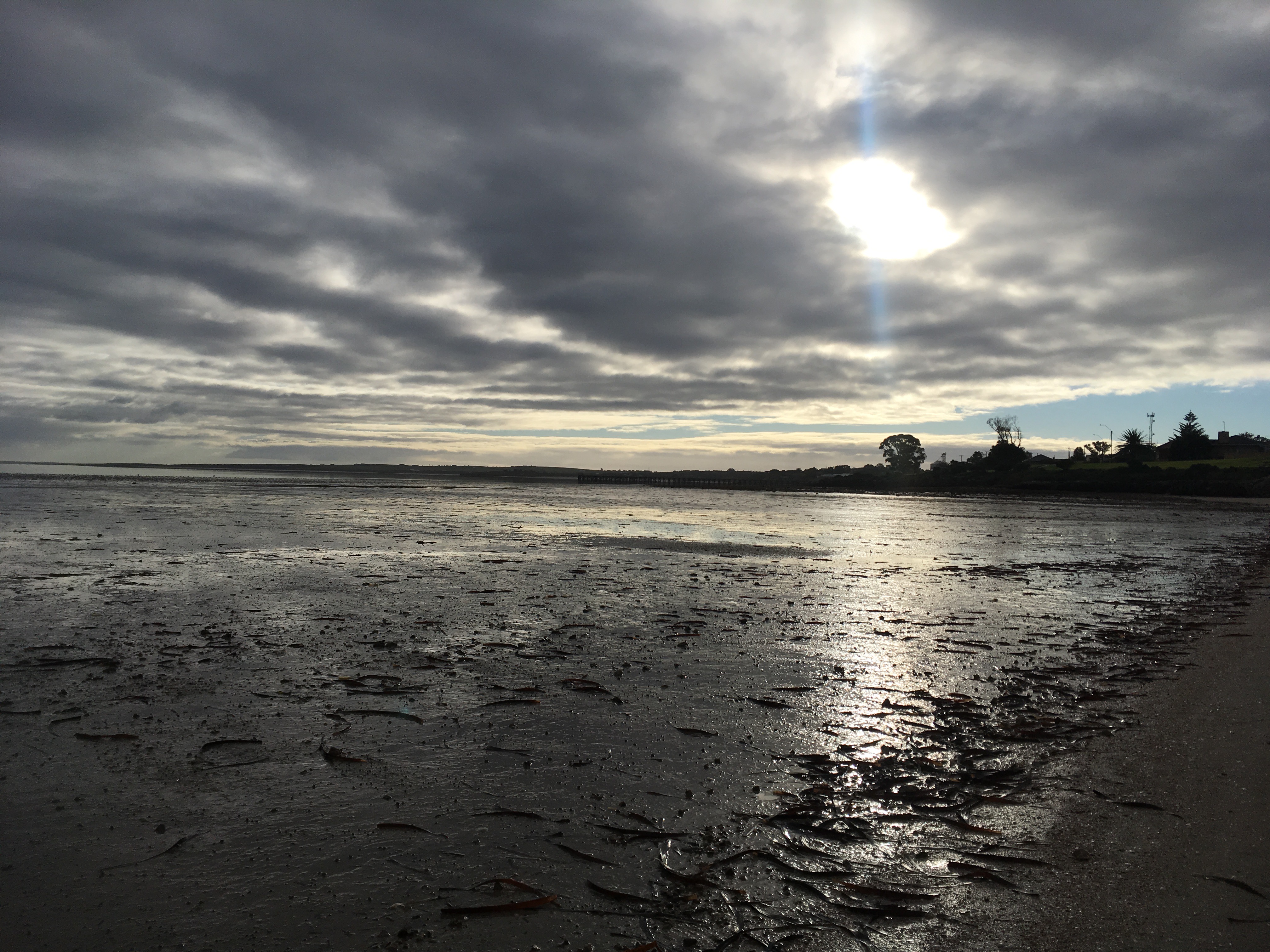 Out for a jog around the town next morning, I noticed a sign for the Point Labatt Sea Lion colony. So I immediately added that to the day’s route.
So we packed up and meandered around on the dirt roads, first to the Sea Lions. 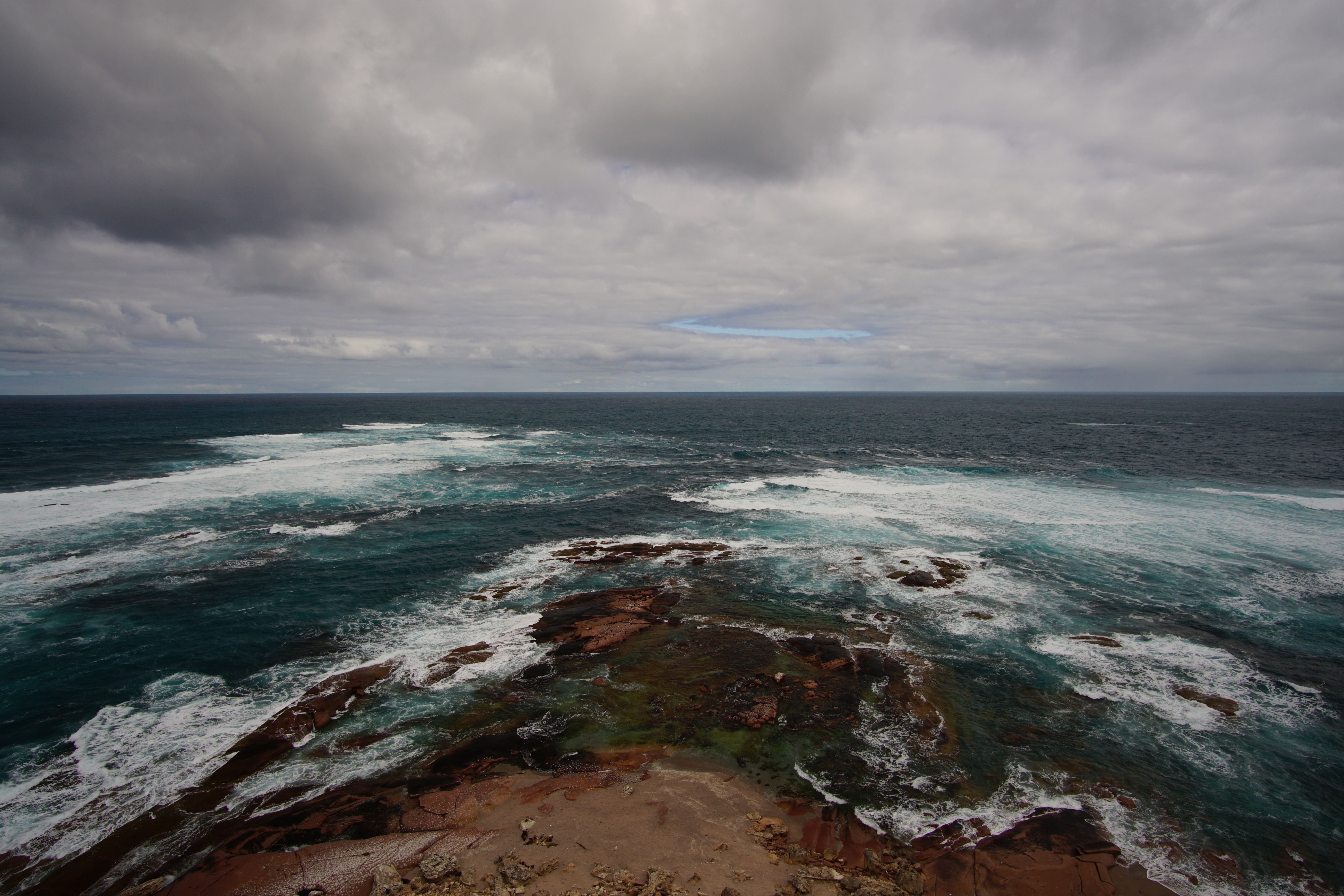 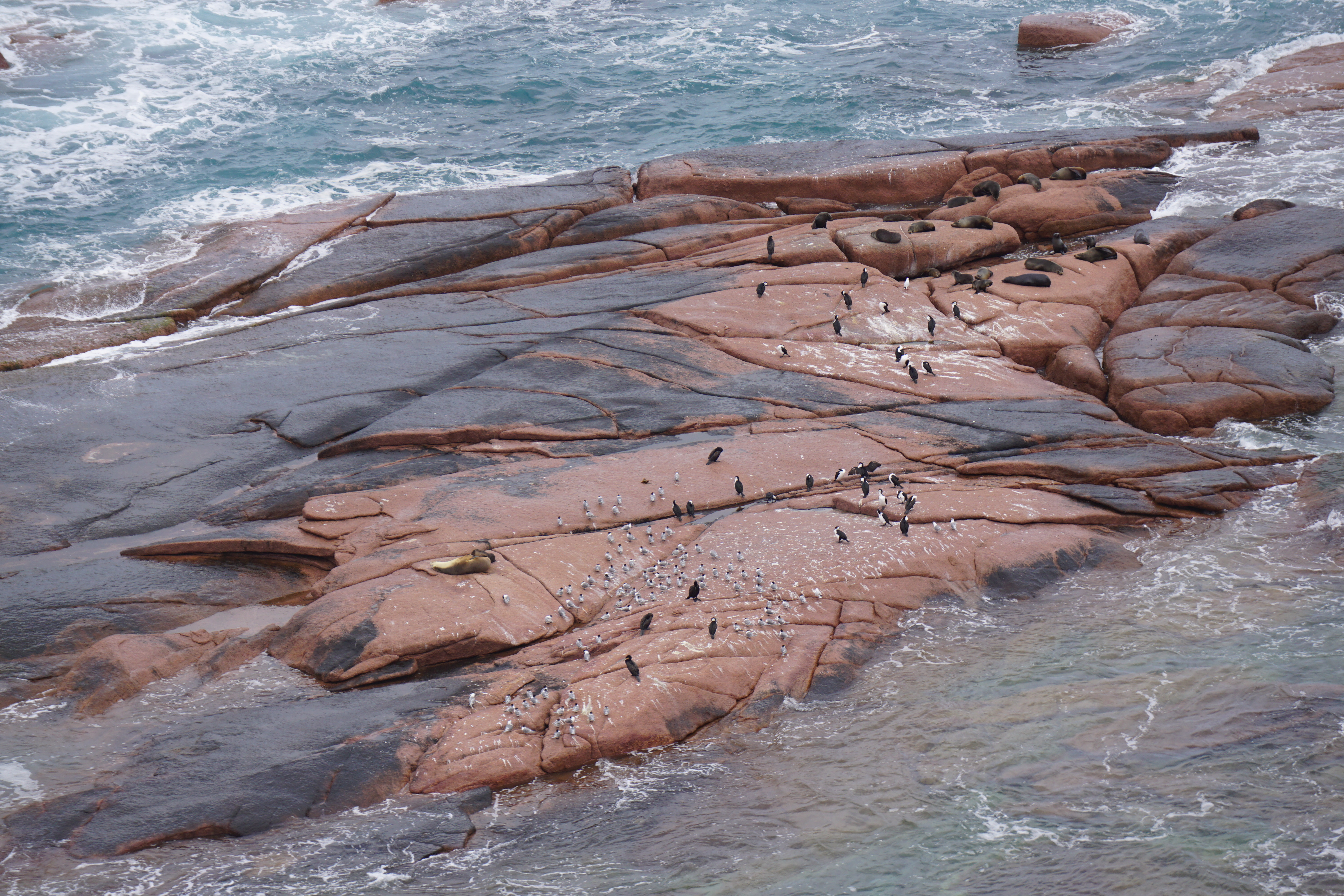 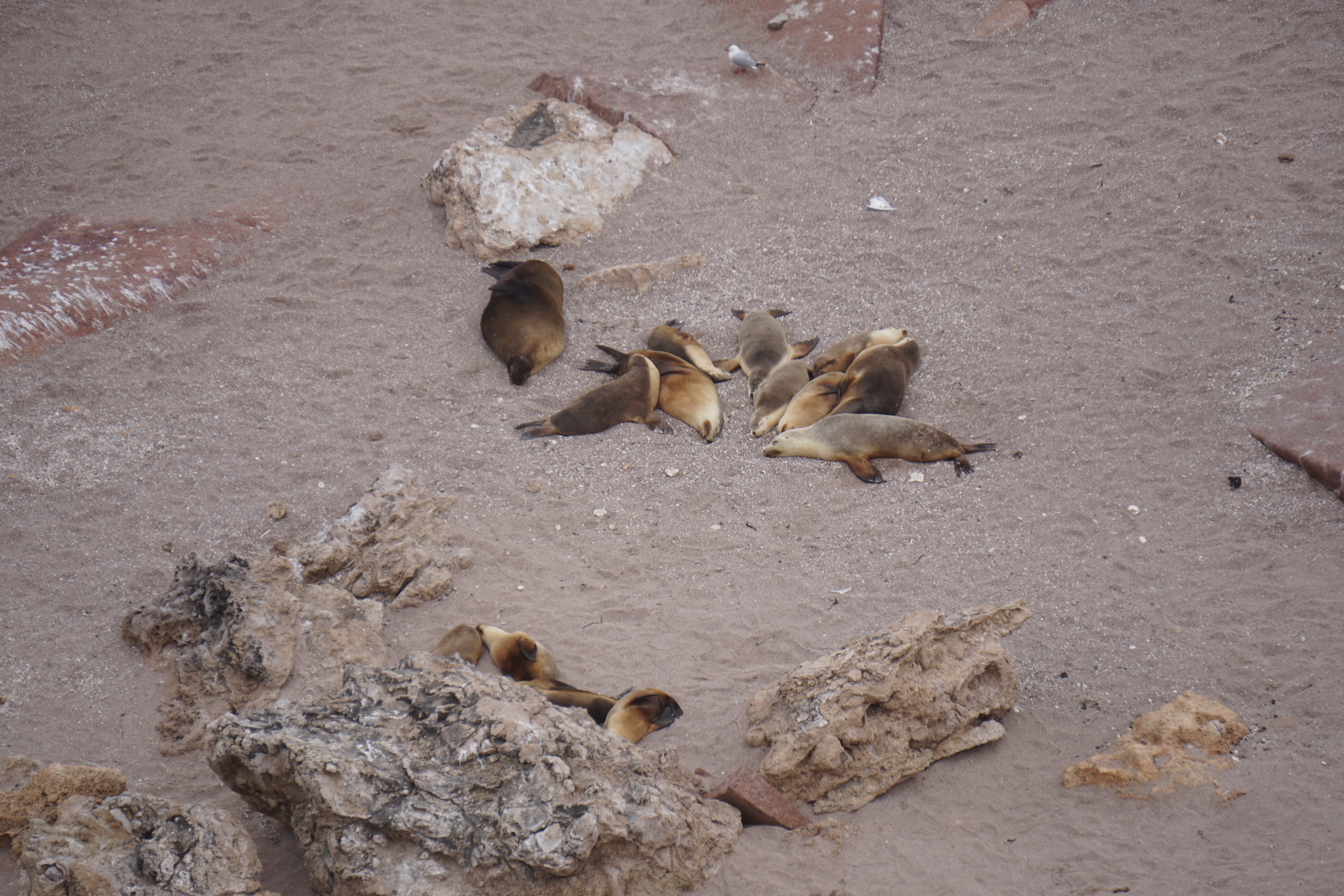 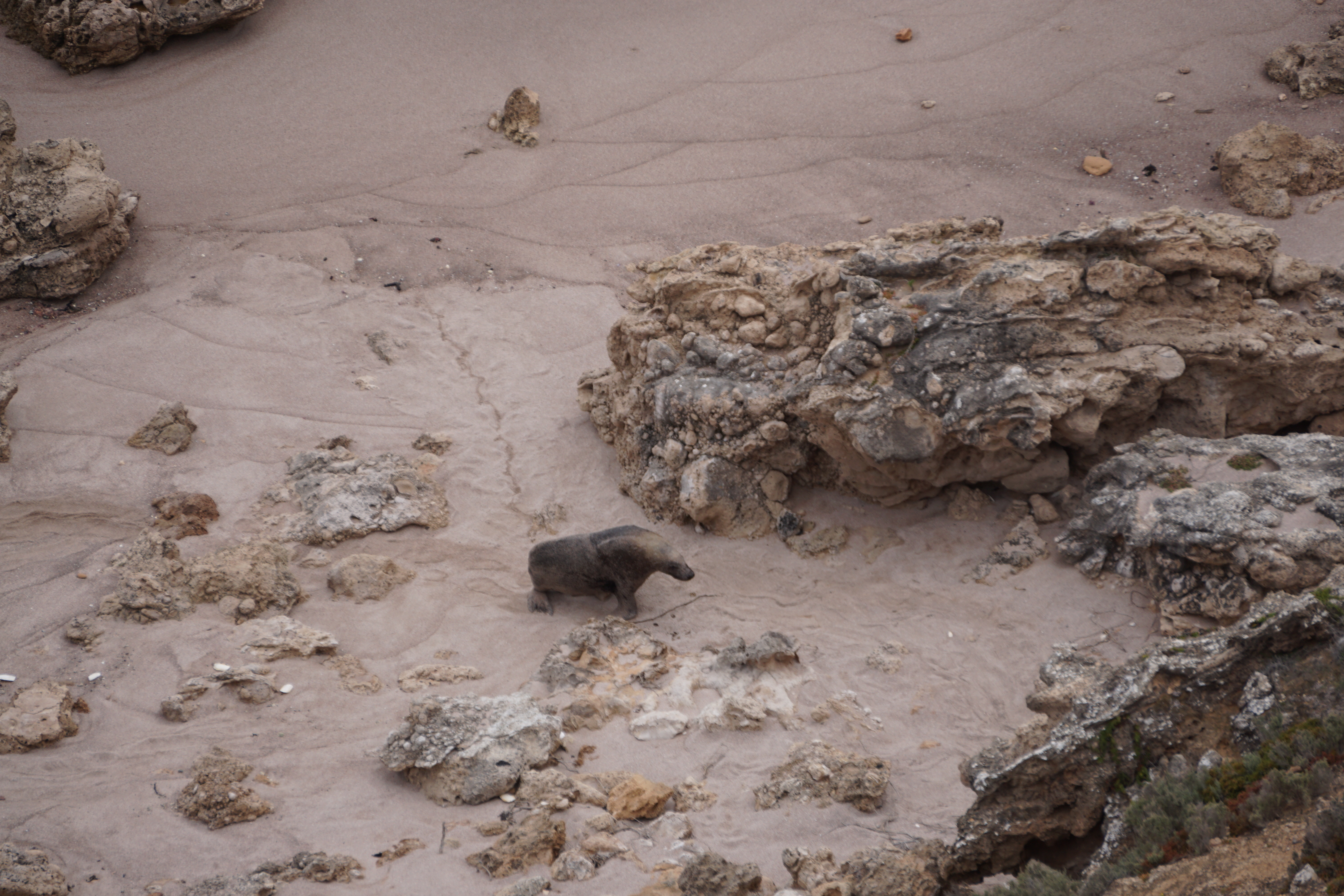 Next to Murphy’s Haystacks. Most places we were sharing with other travellers, this one we had to ourselves for sometime when we first arrived. Again it had clouded over giving it a slightly Celtic feeling, something like Stonehenge. 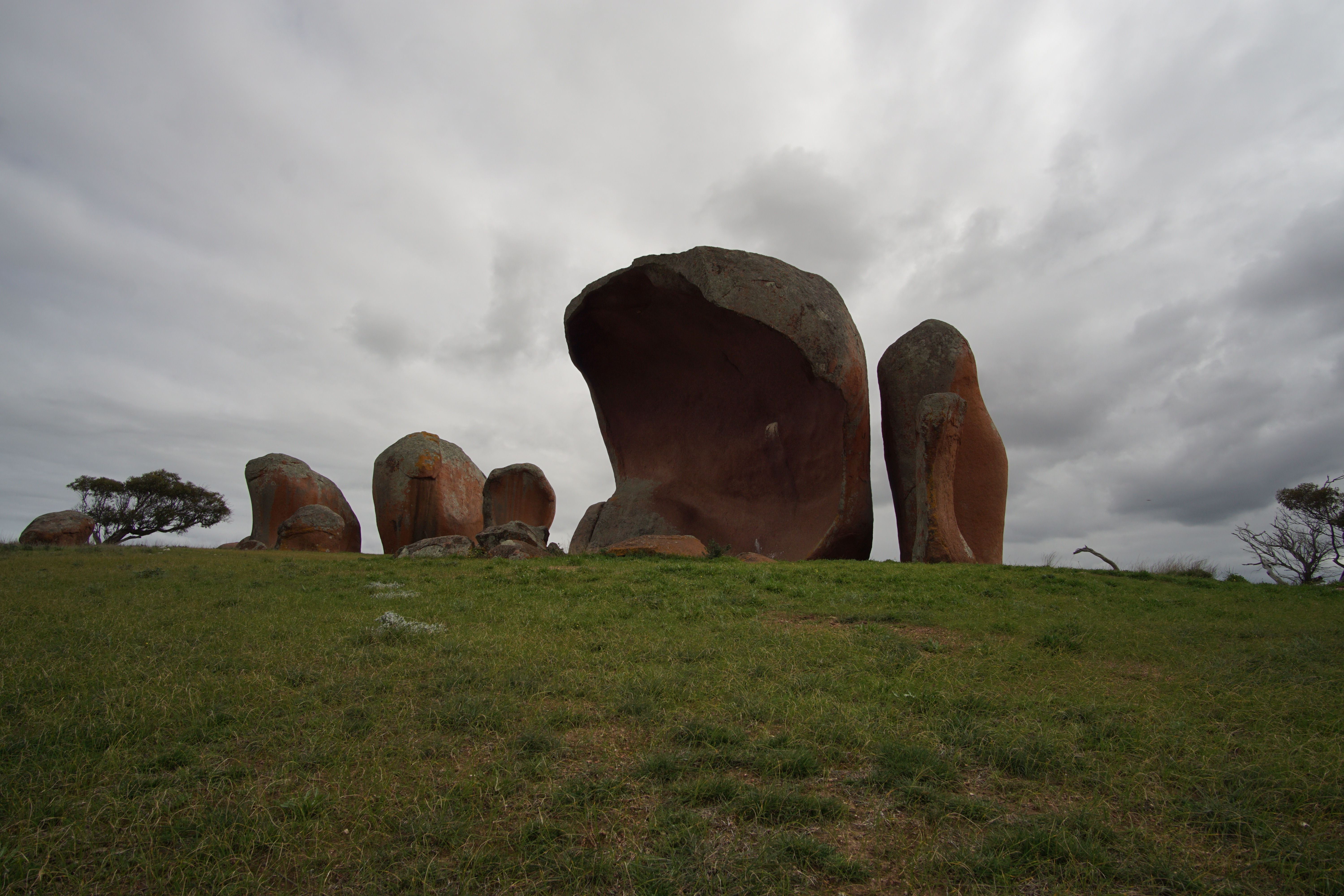 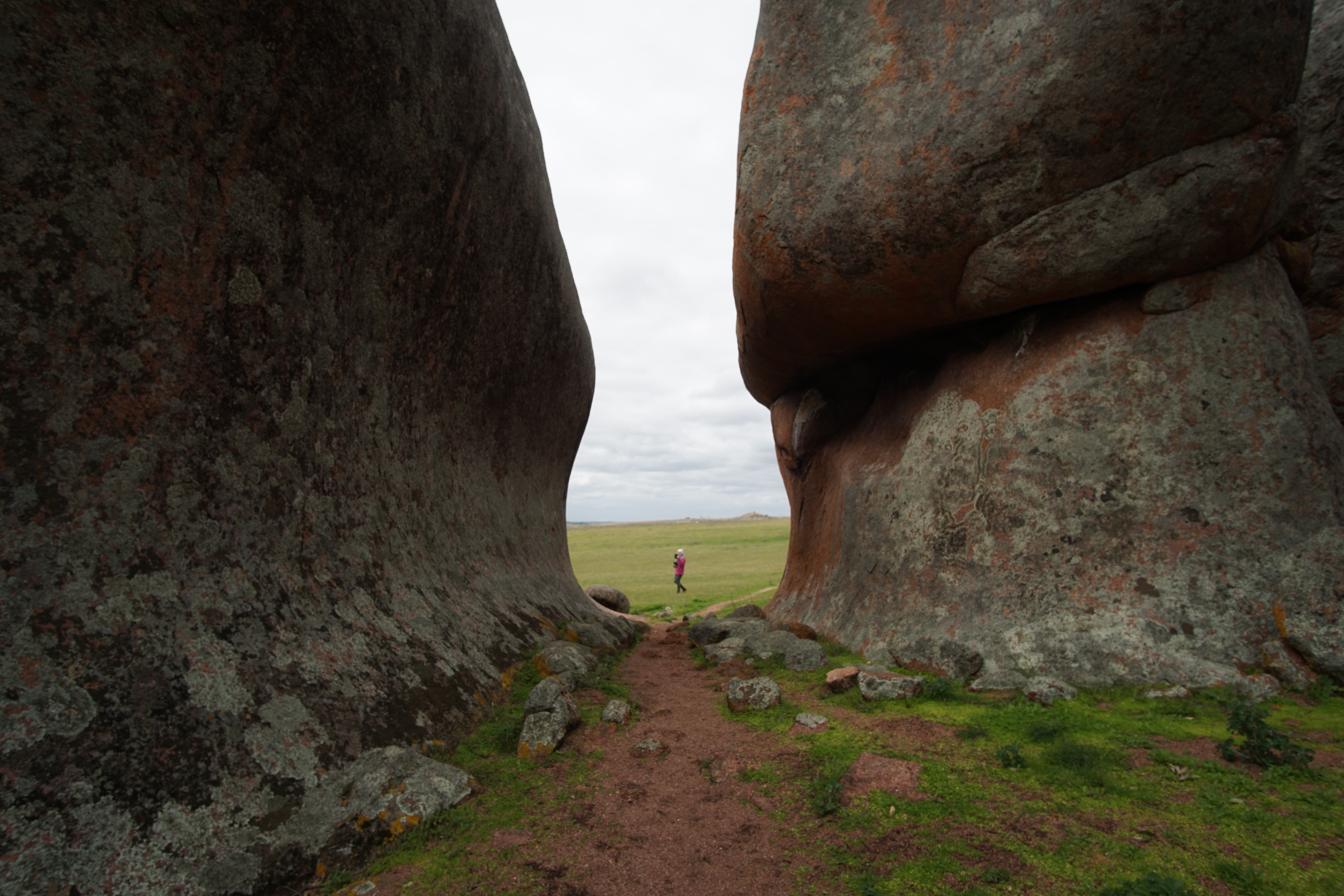 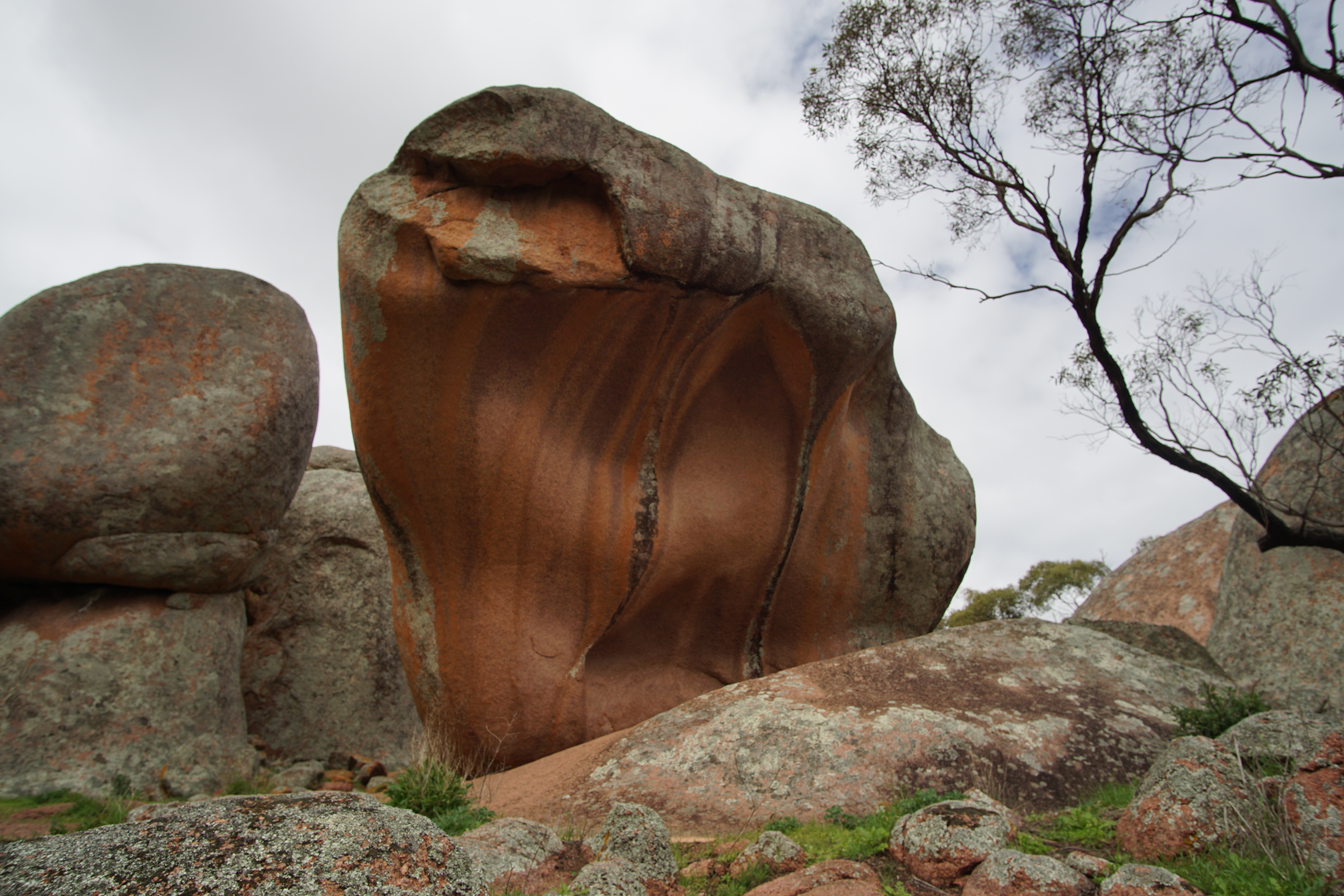 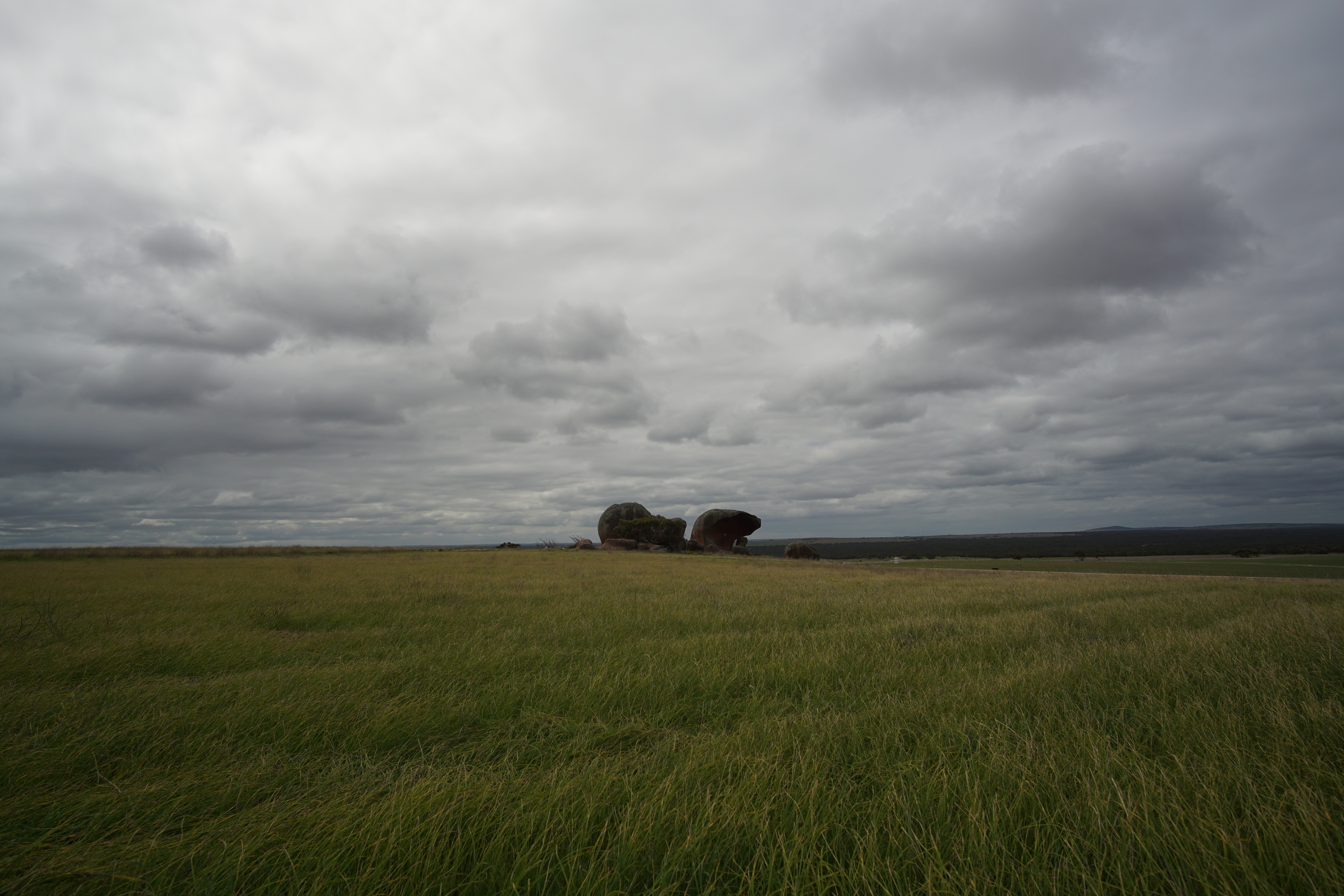 Once again this part of this country, with the weather like this, reminded me of dear old Blighty.

The Levellers. A New Age Traveller band that achieved surprising amount of UK mainstream success in the 90’s. This song is about the Battle of the Beanfield, near Stonehenge.

Back on the highway, and then off again to check out a few marvels of erosion along the coast. 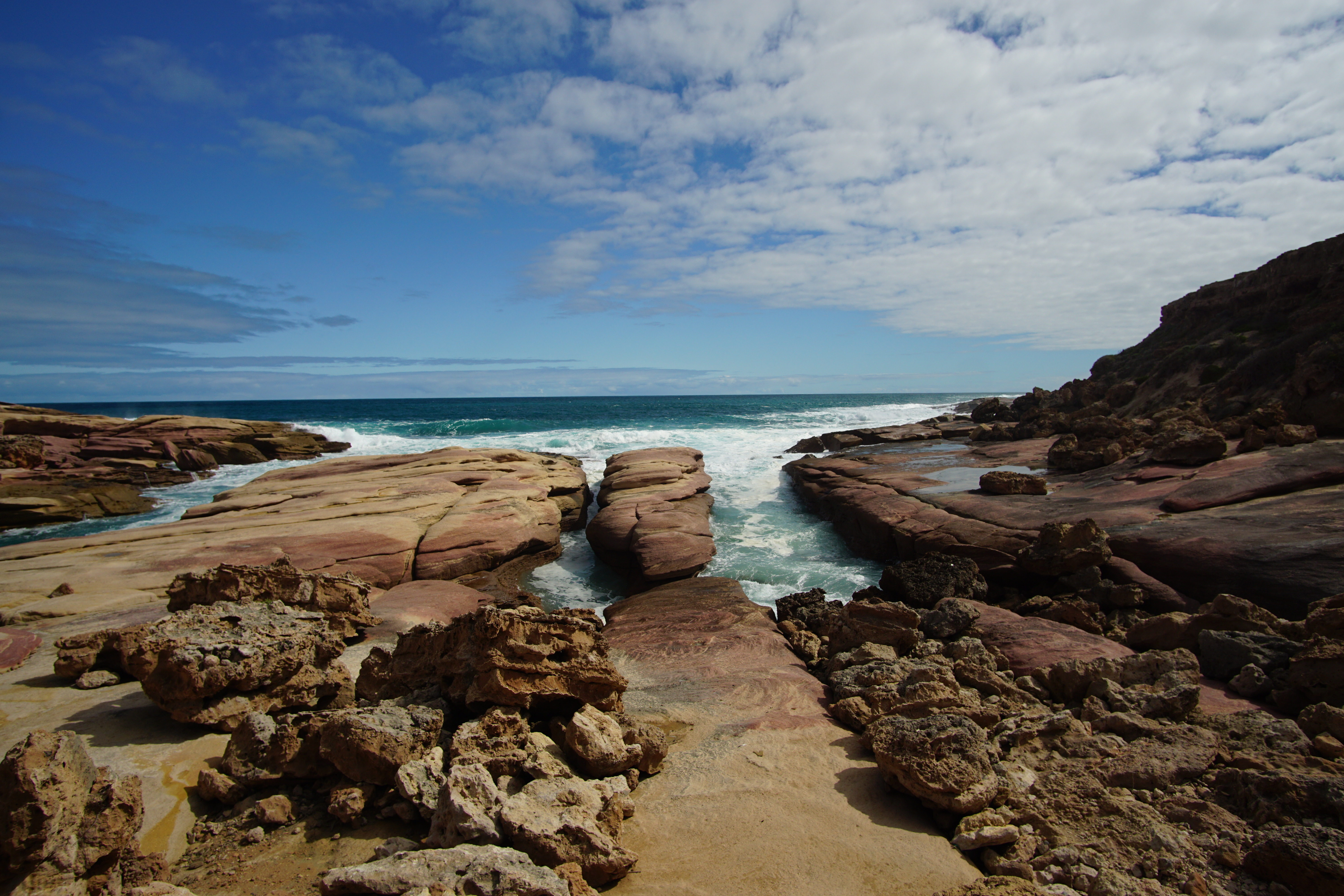 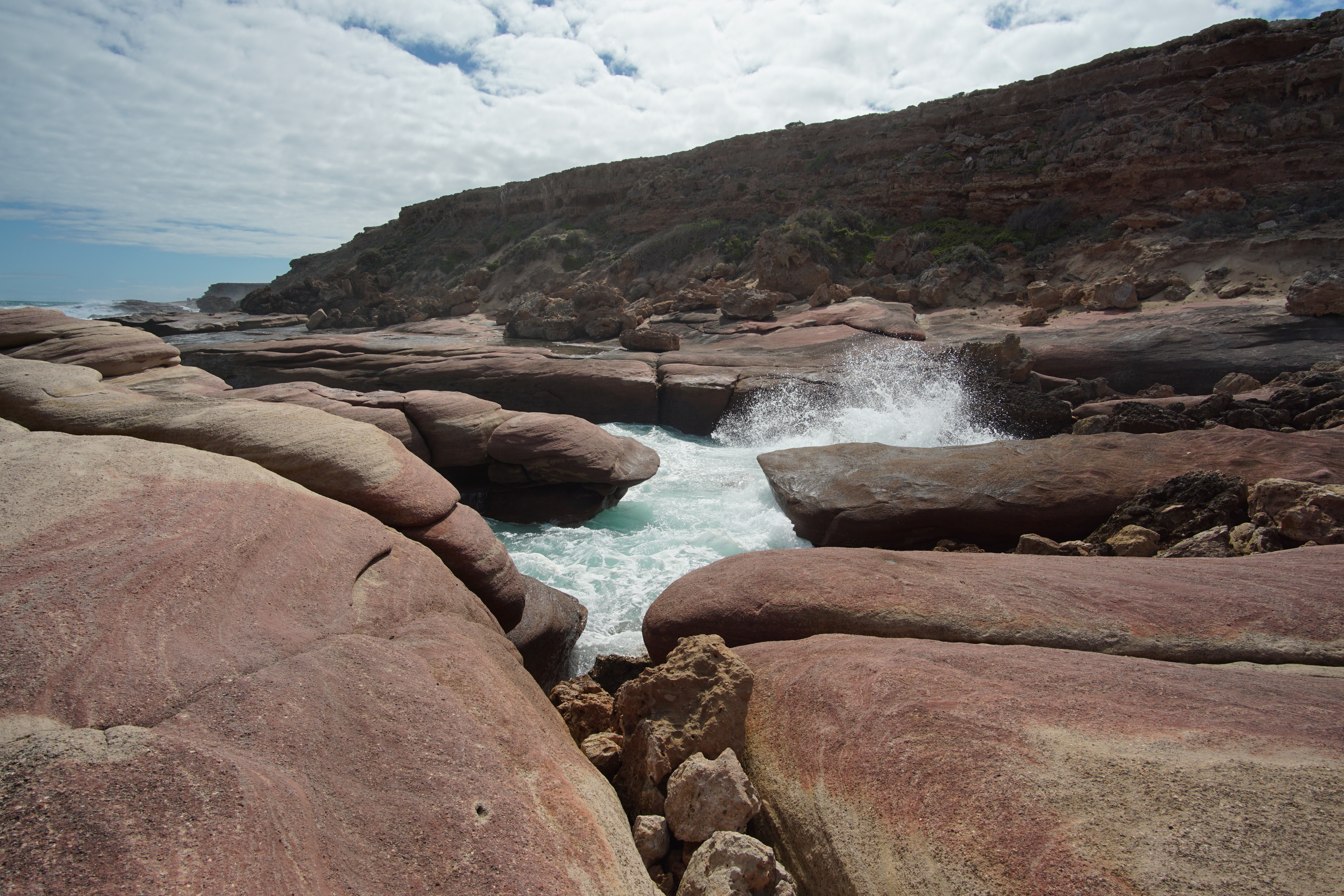 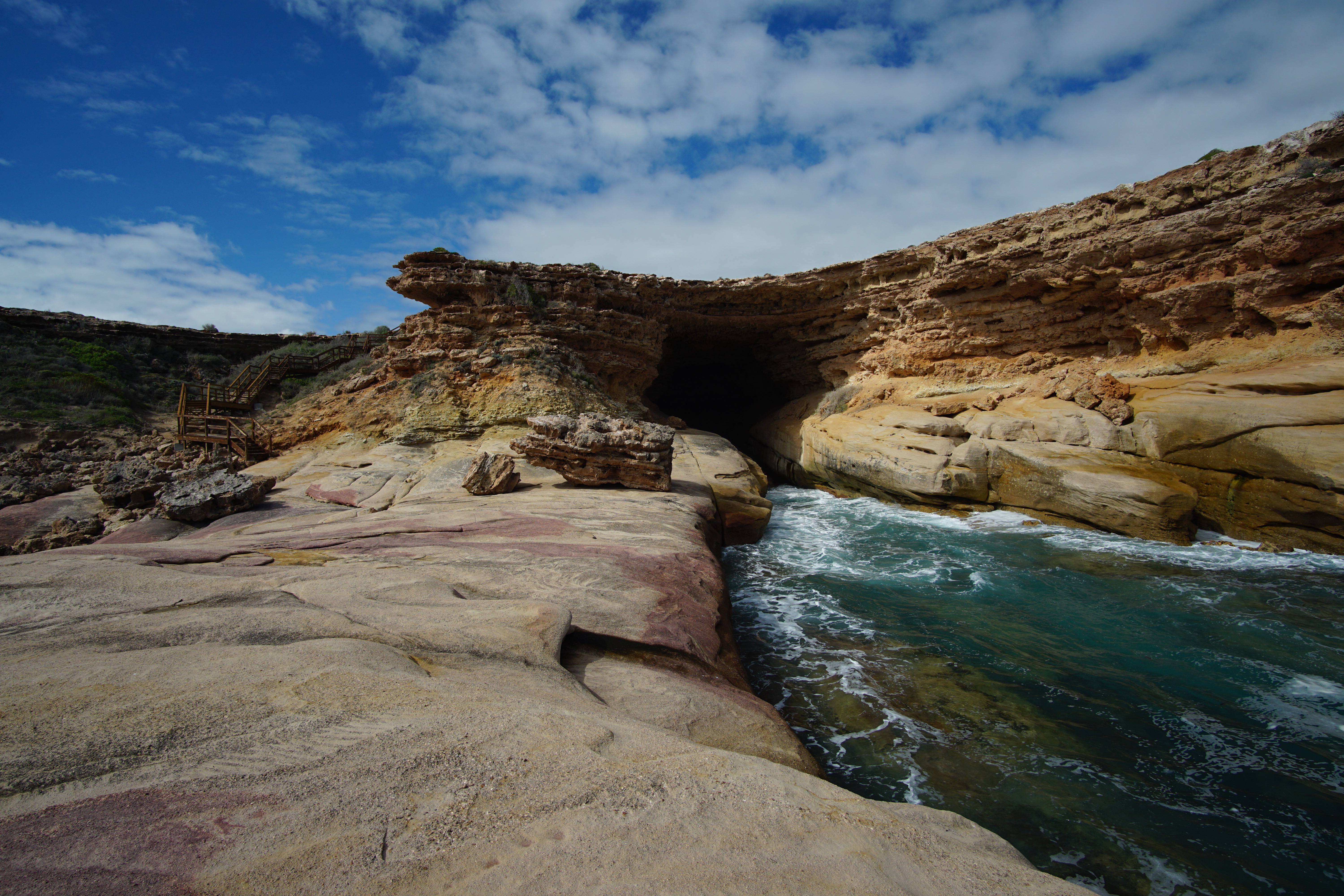 N is just a massive fan of the thumbs up selfie… 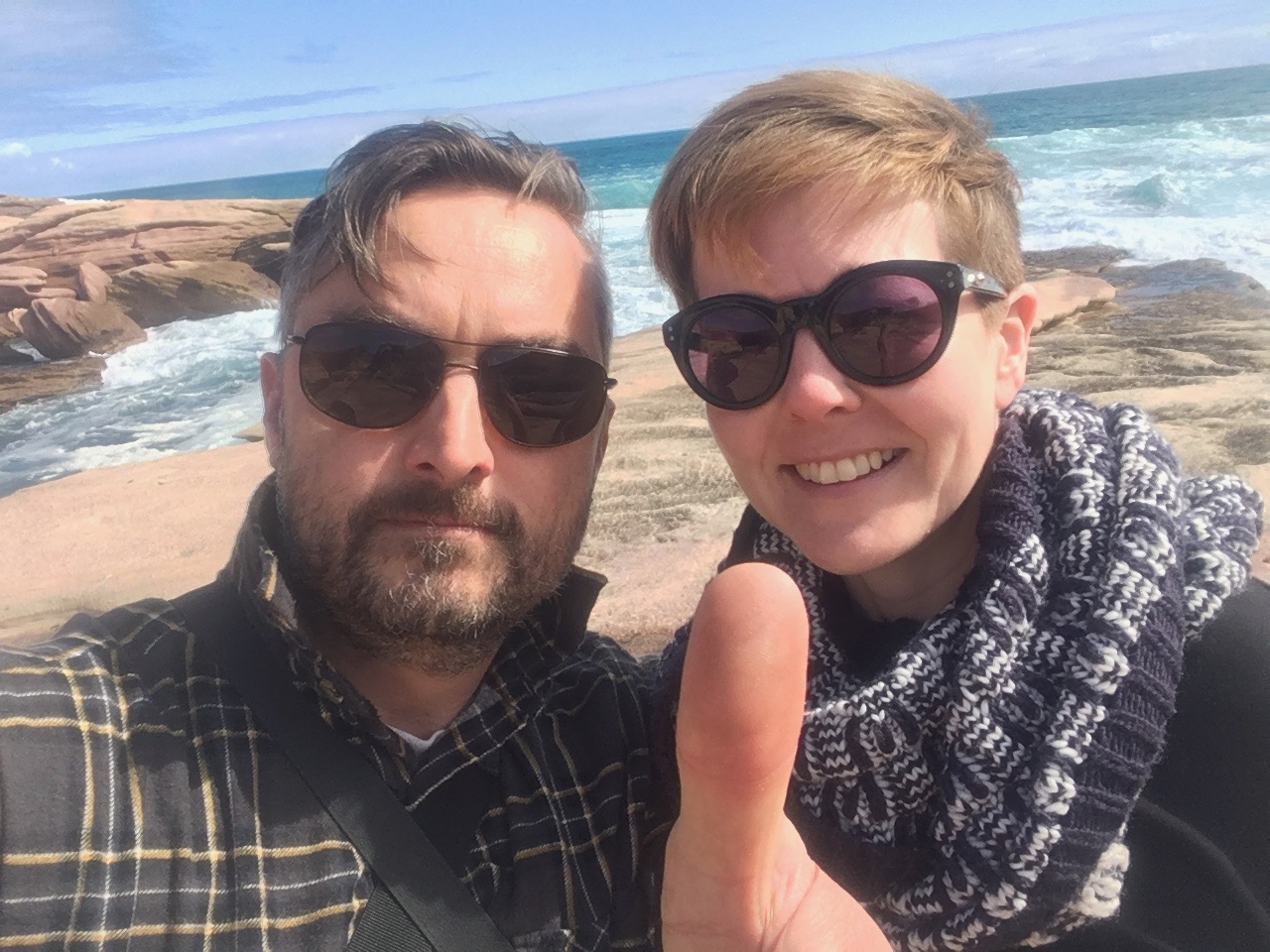 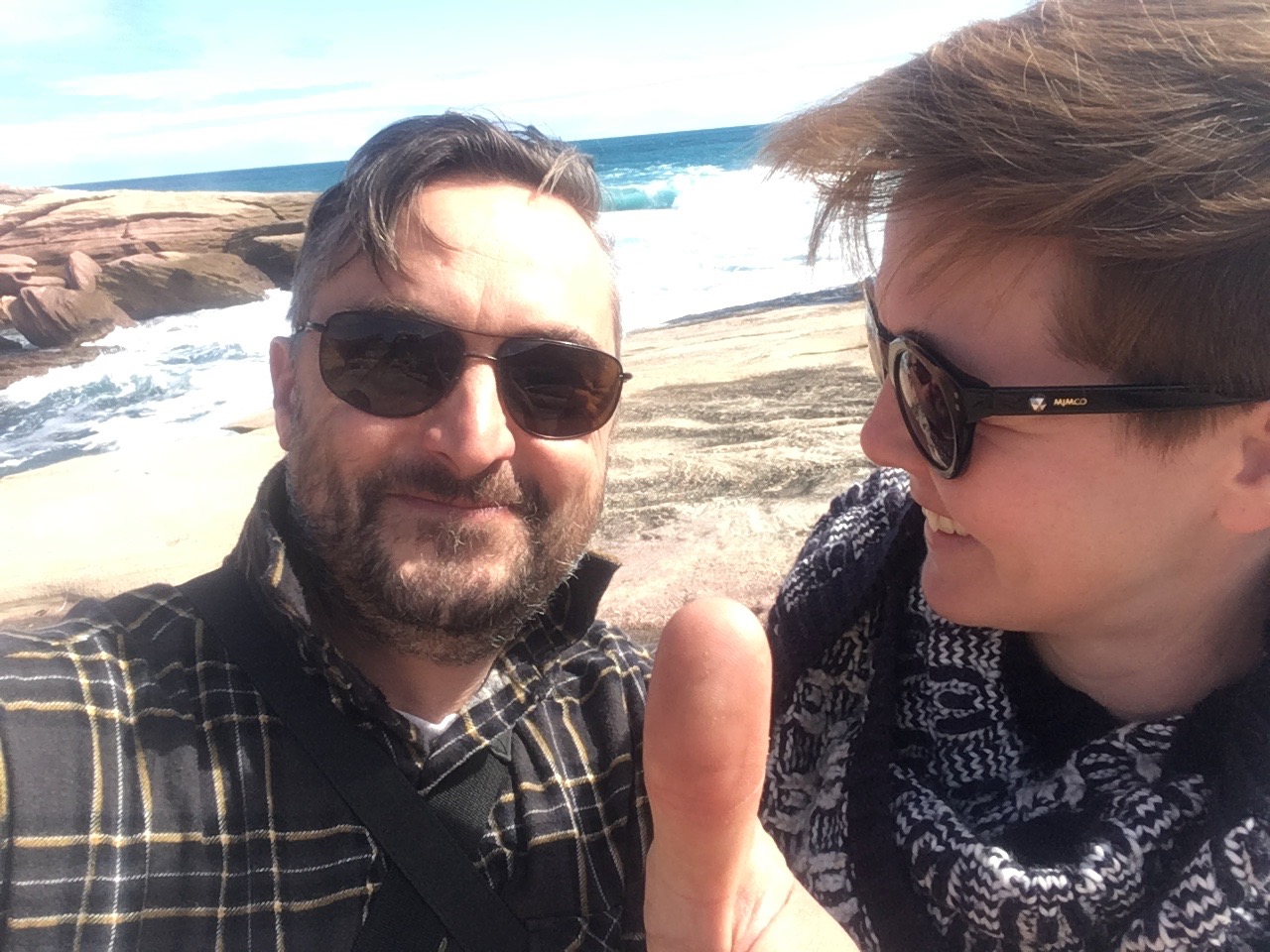 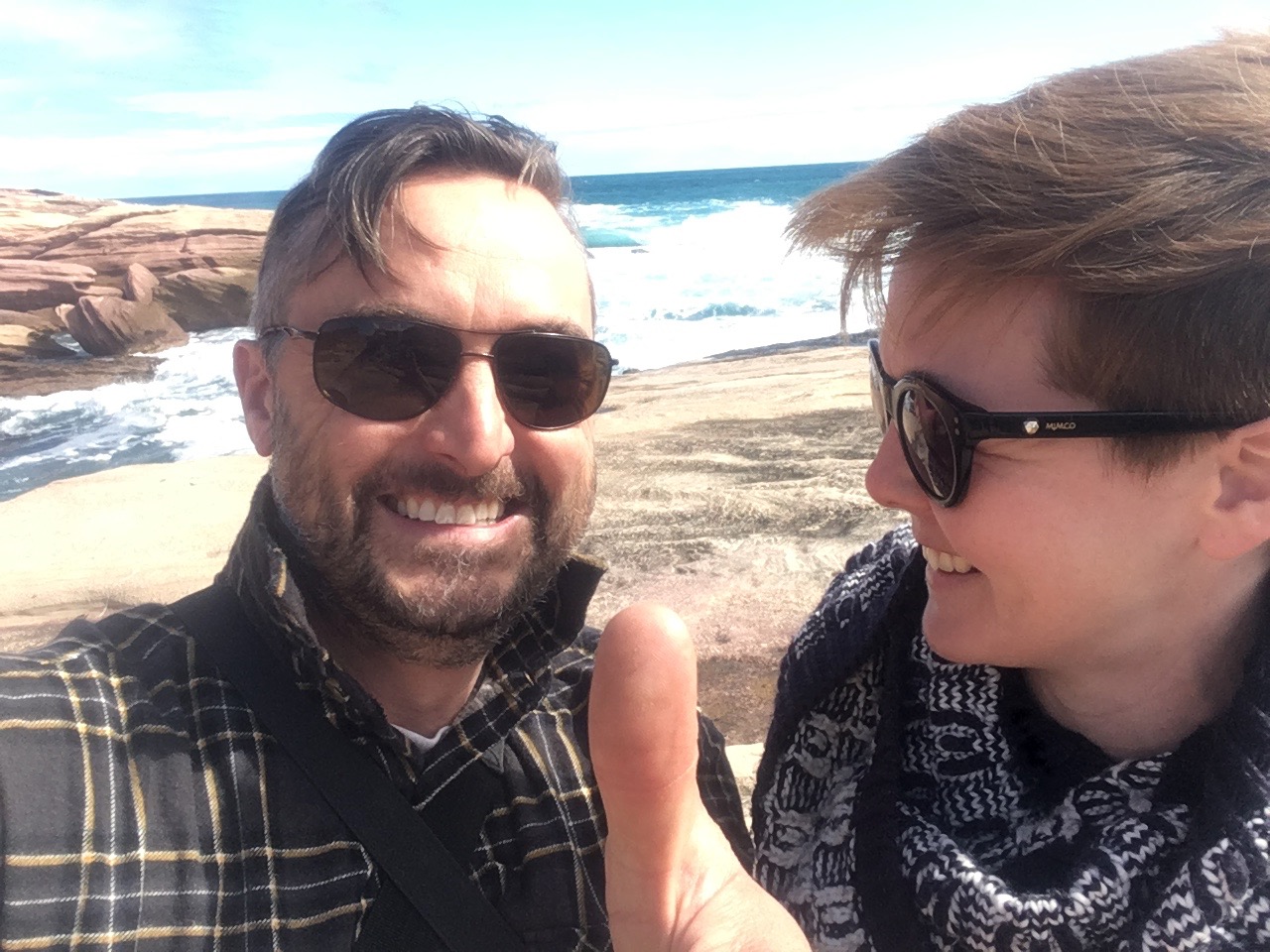 Soon after this, she left me for someone who was less of an idiot.