We awoke to more moody skies. Nice to leave everything set up and just strap down the load in the Cruiser and head out for a day of 4×4 exploration in the park.

First we drove around the back of our own little bay to Maclaren Point itself, before heading back to the main road through the park and checking out the view back across to Port Lincoln. 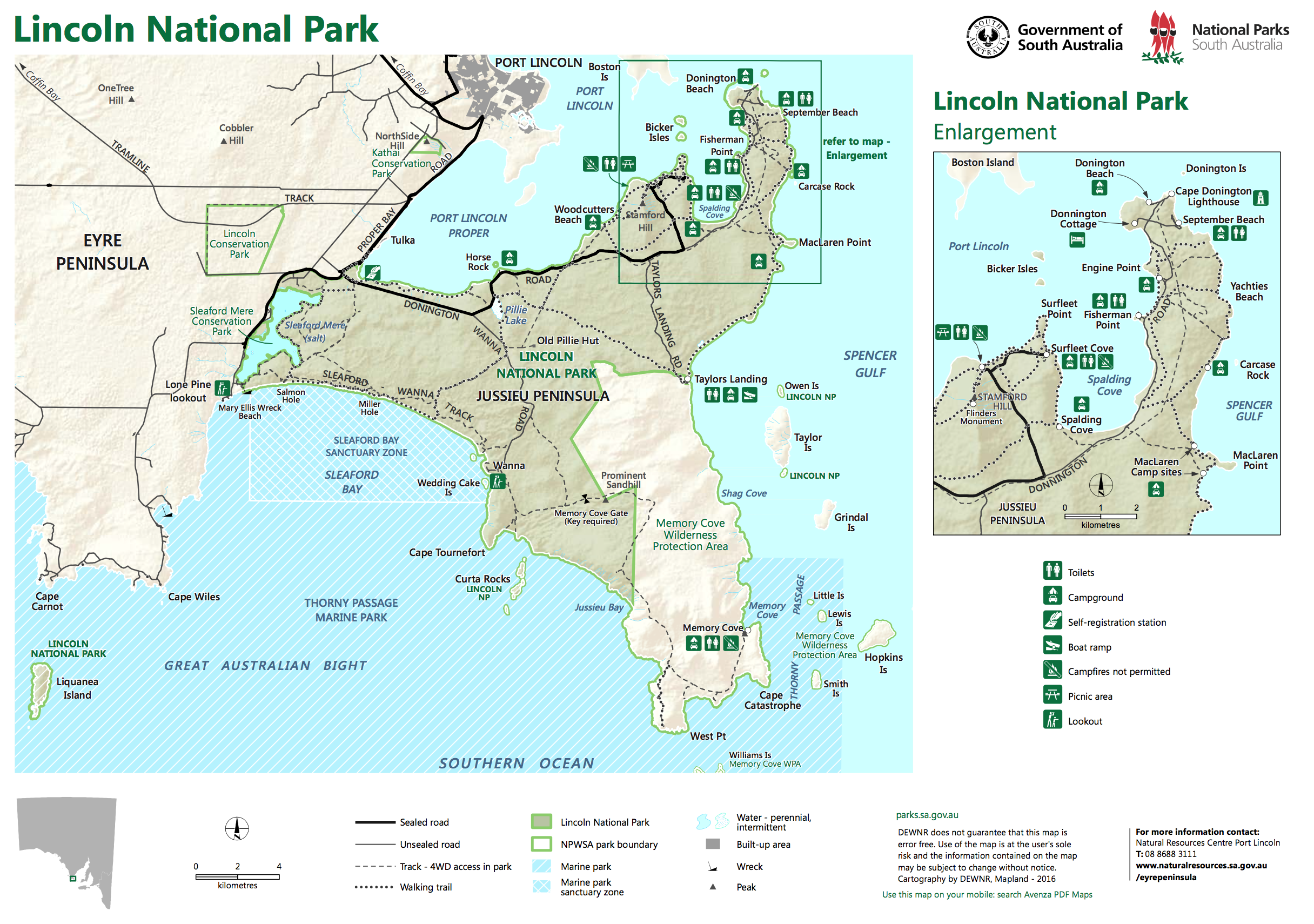 Time to make our way to the Sleaford Wanna track, that we had intended to do last time. This track skirts the south west coast of the park and promised dune and clifftop action a plenty. 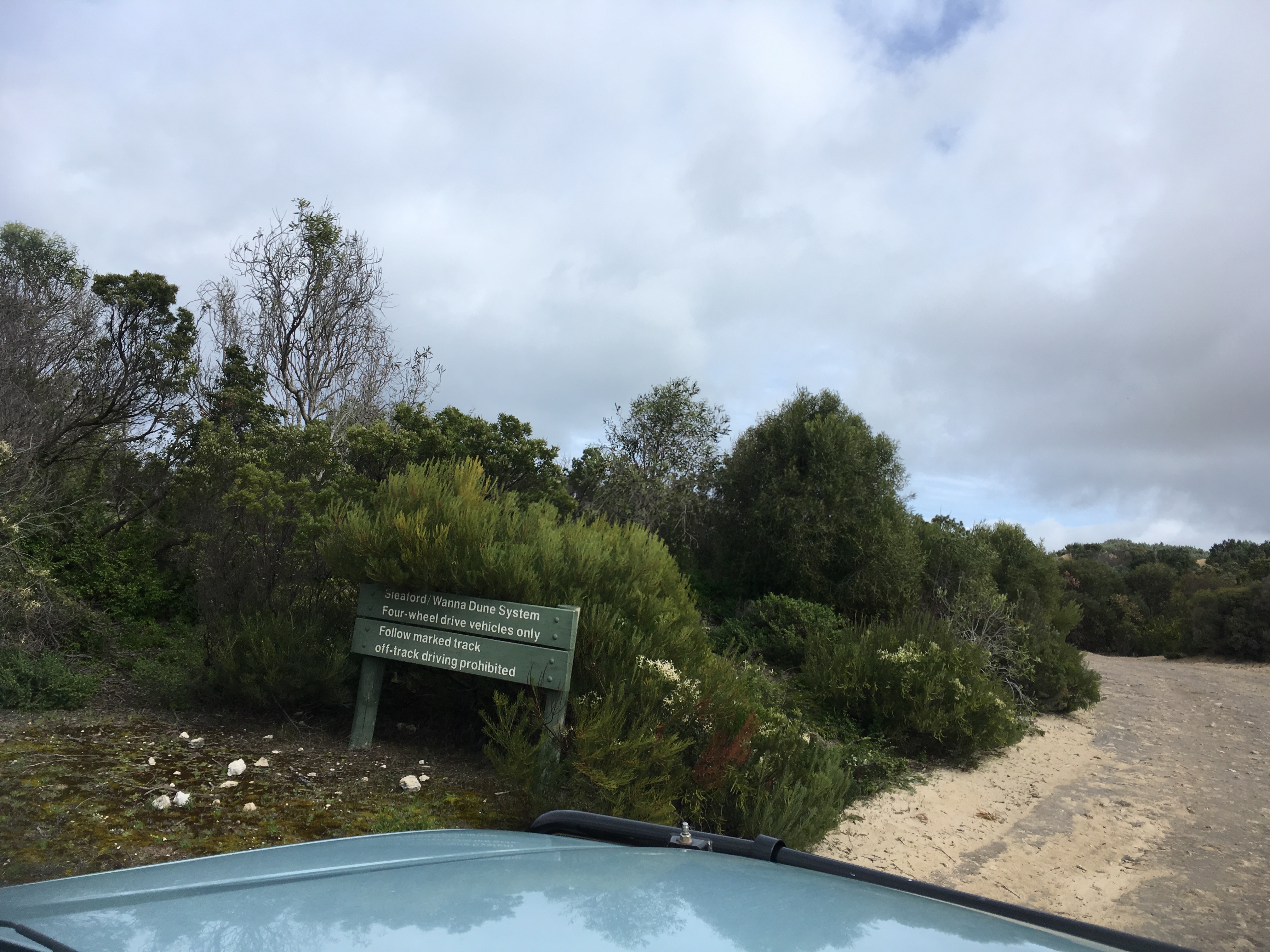 We passed a rental Ford Ranger heading out just as we were heading into the dune section. Seems these boys had run the track early and run the Ranger hard and many places I’m pretty sure you are not supposed to go, something about rental cars hey… This left a sometime confusing trail of where the track ran through the dunes. 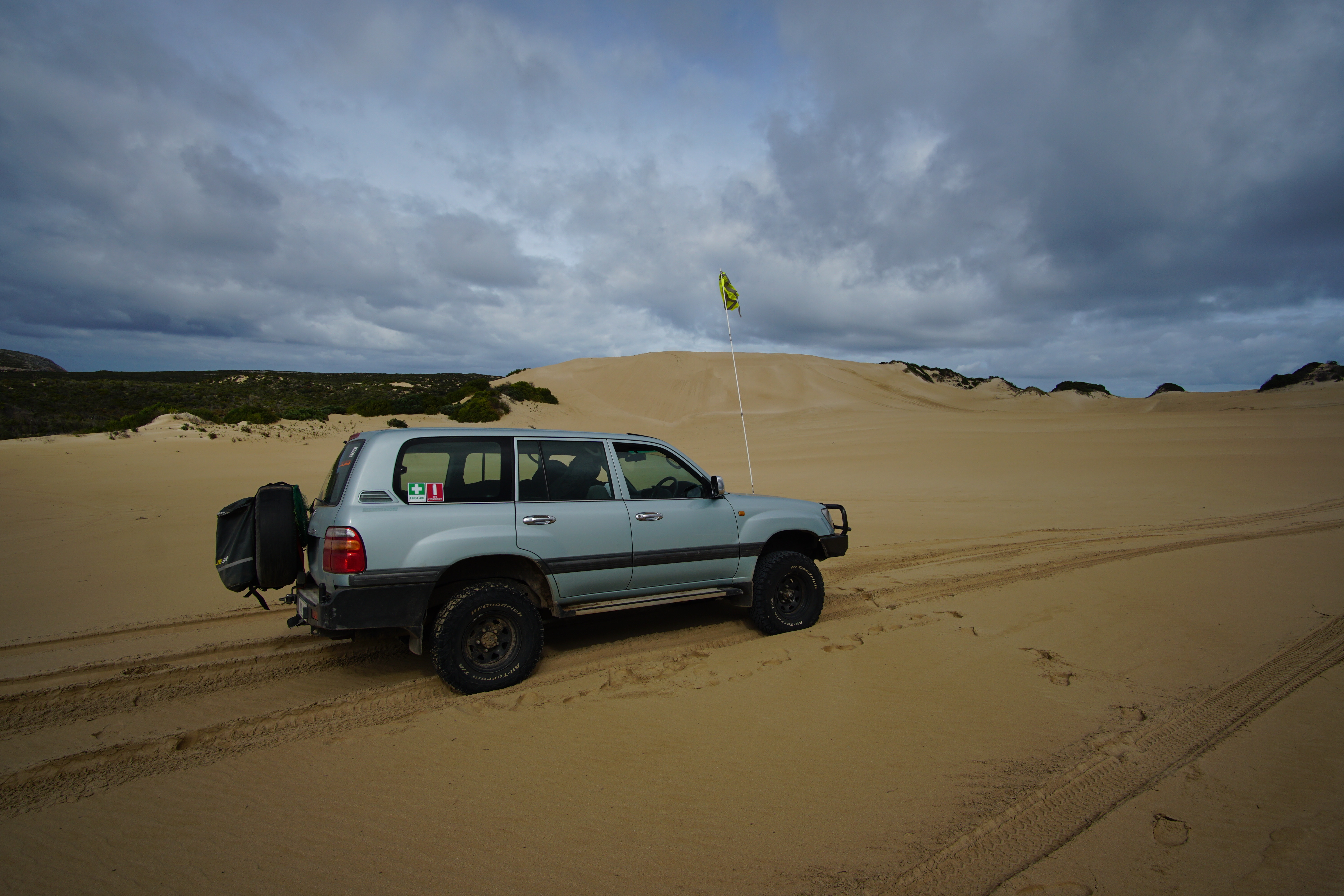 Anyway, tyres down. 12/16psi that had served us well a few days ago. Into the dunes and immediately I could feel that the truck as pushing sand rather than riding on it. Down again, 10/14psi now. 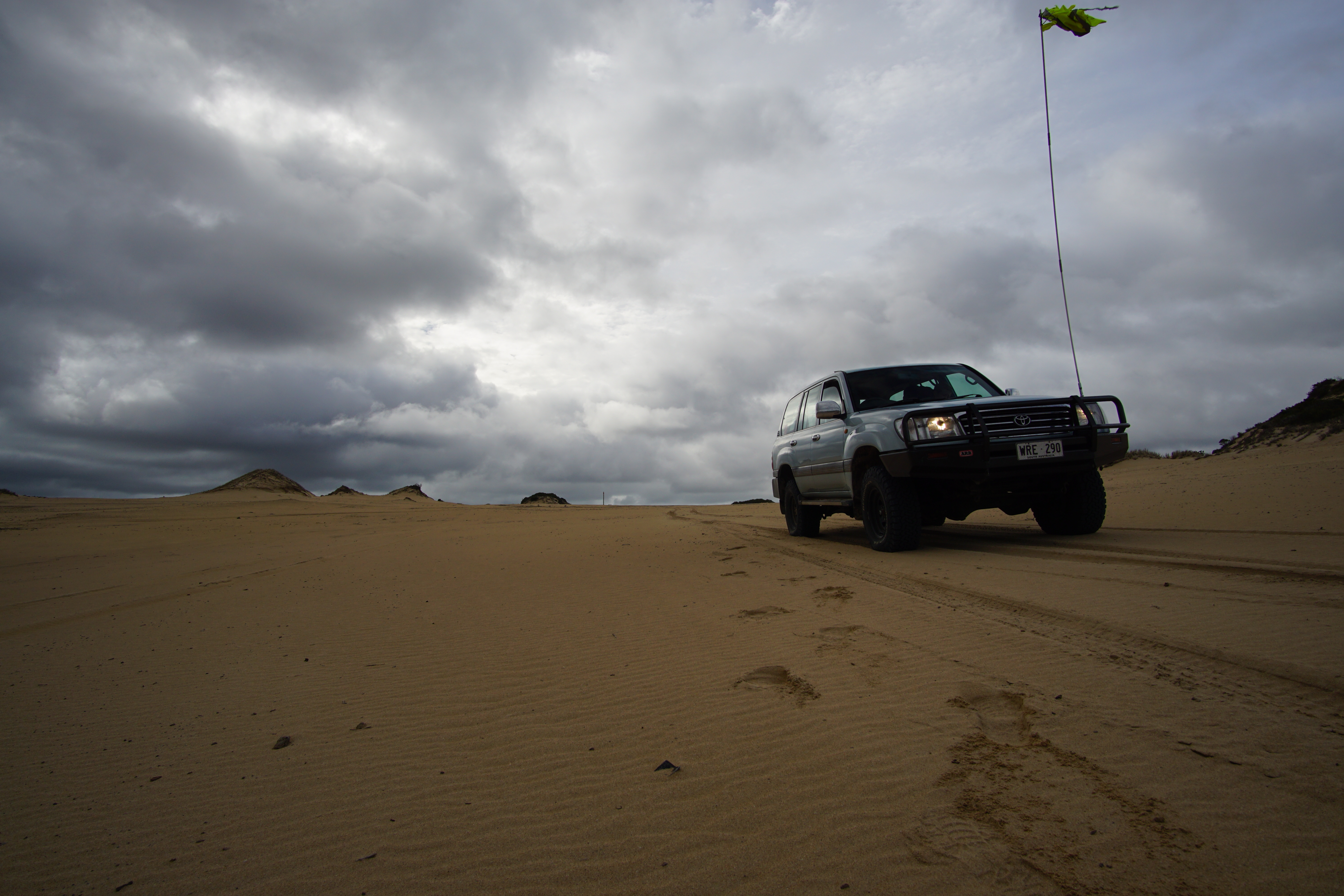 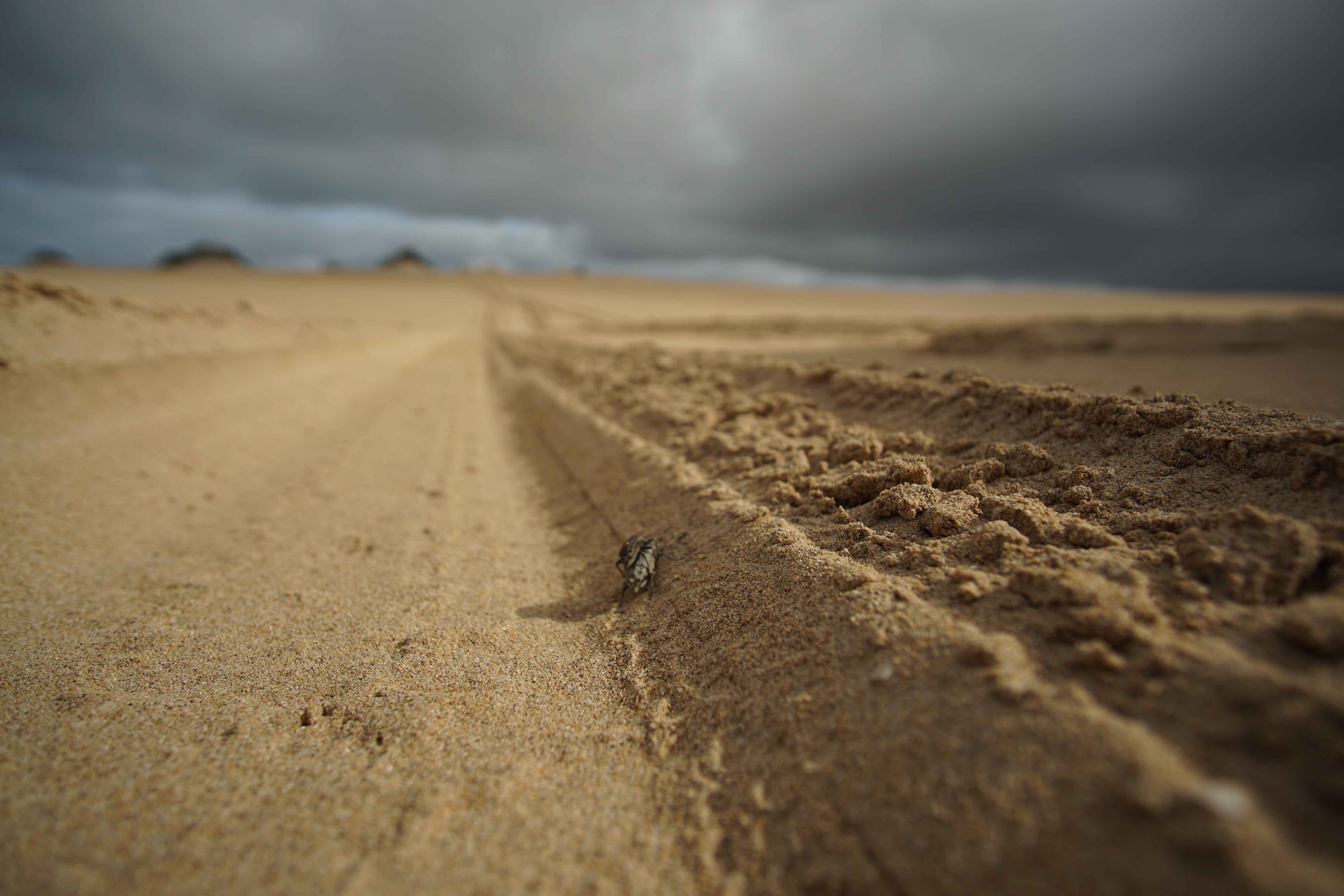 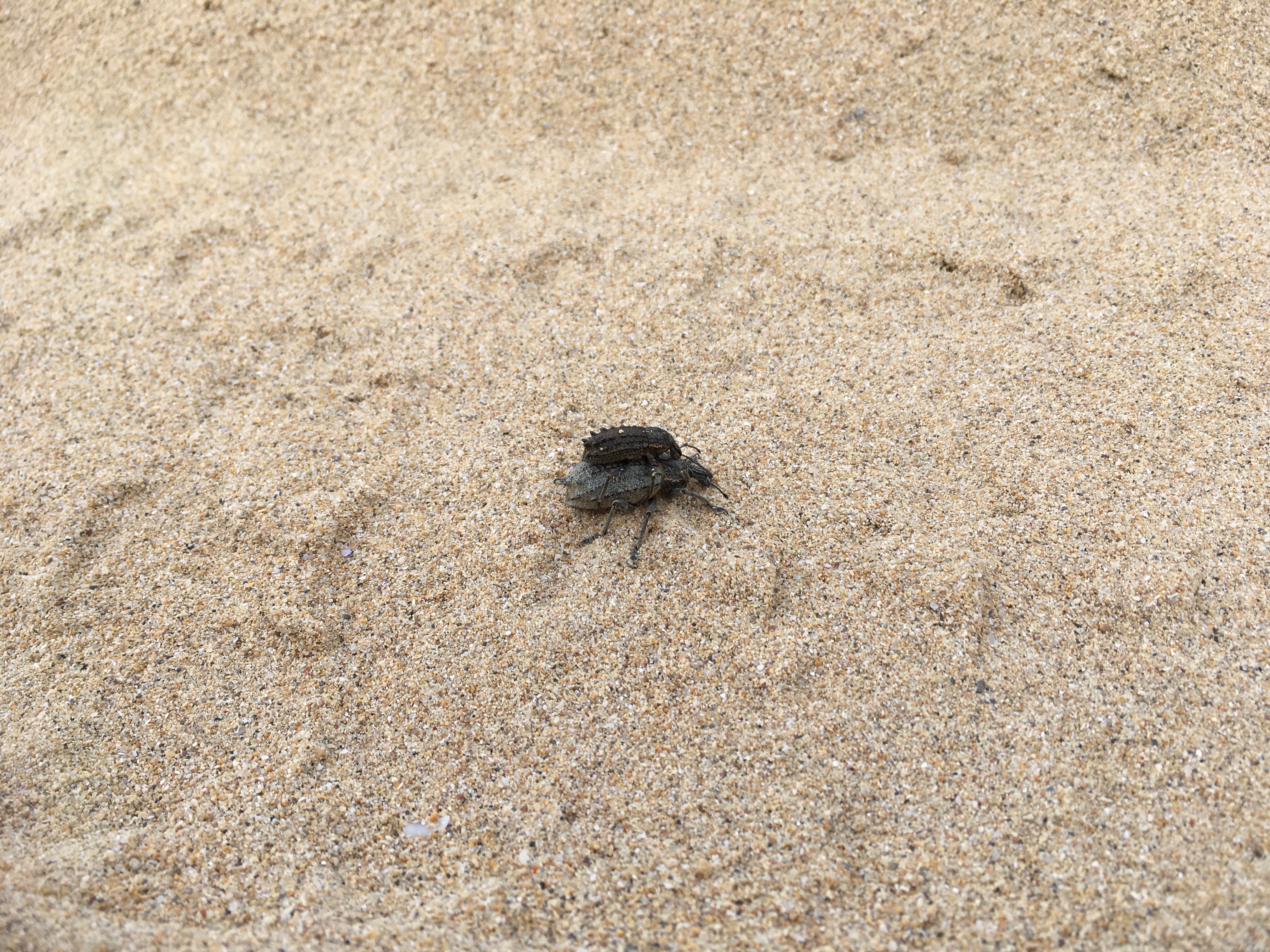 Better. You could feel the 105 labouring less, although large throttle openings were still required for many sections. I almost bogged it once, misjudging the softness and length of a certain patch, but the Cruiser slugged it through. “that wasn’t my best bit of driving” “I know, don’t worry I got it all on video” “thanks babe…” However generally it I was much better, I guess I’ve exposed myself enough now, that this surface has gone from being my bogeyman, to having some sort of eye for it. As ever, there is no substitute for experience (as long as you learn from it).

Despite the mostly overcast skies the Sleaford Wanna track is a good one. Going in the direction we are, east to west, means the first third is pretty soft dunes. Plenty of right foot required. You follow these marker post, to know which way through the dunes system and (in theory) keep everyone from driving where they shouldn’t. Although some can be a little hard to spot once mother nature has embraced them for a few years… 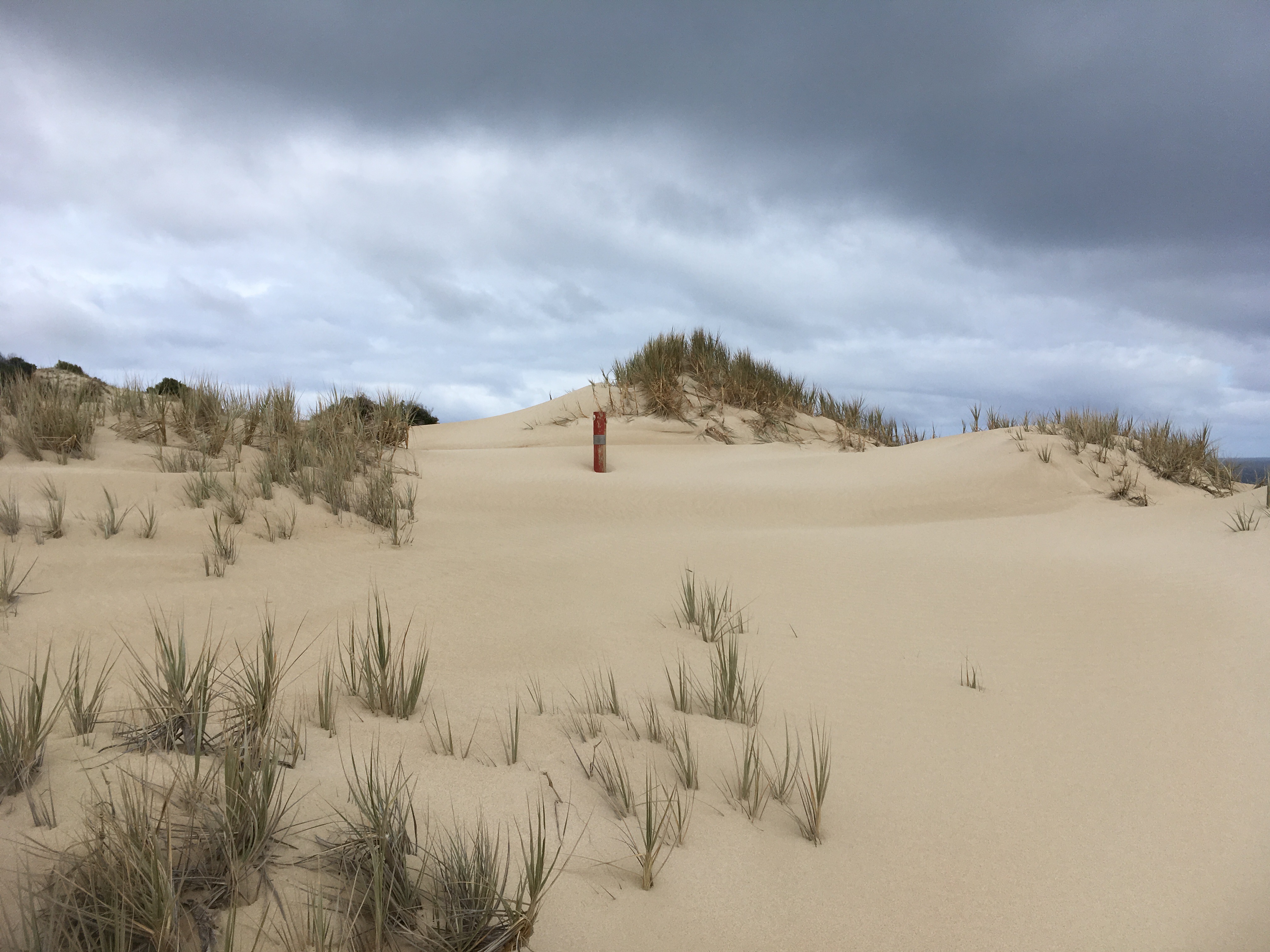 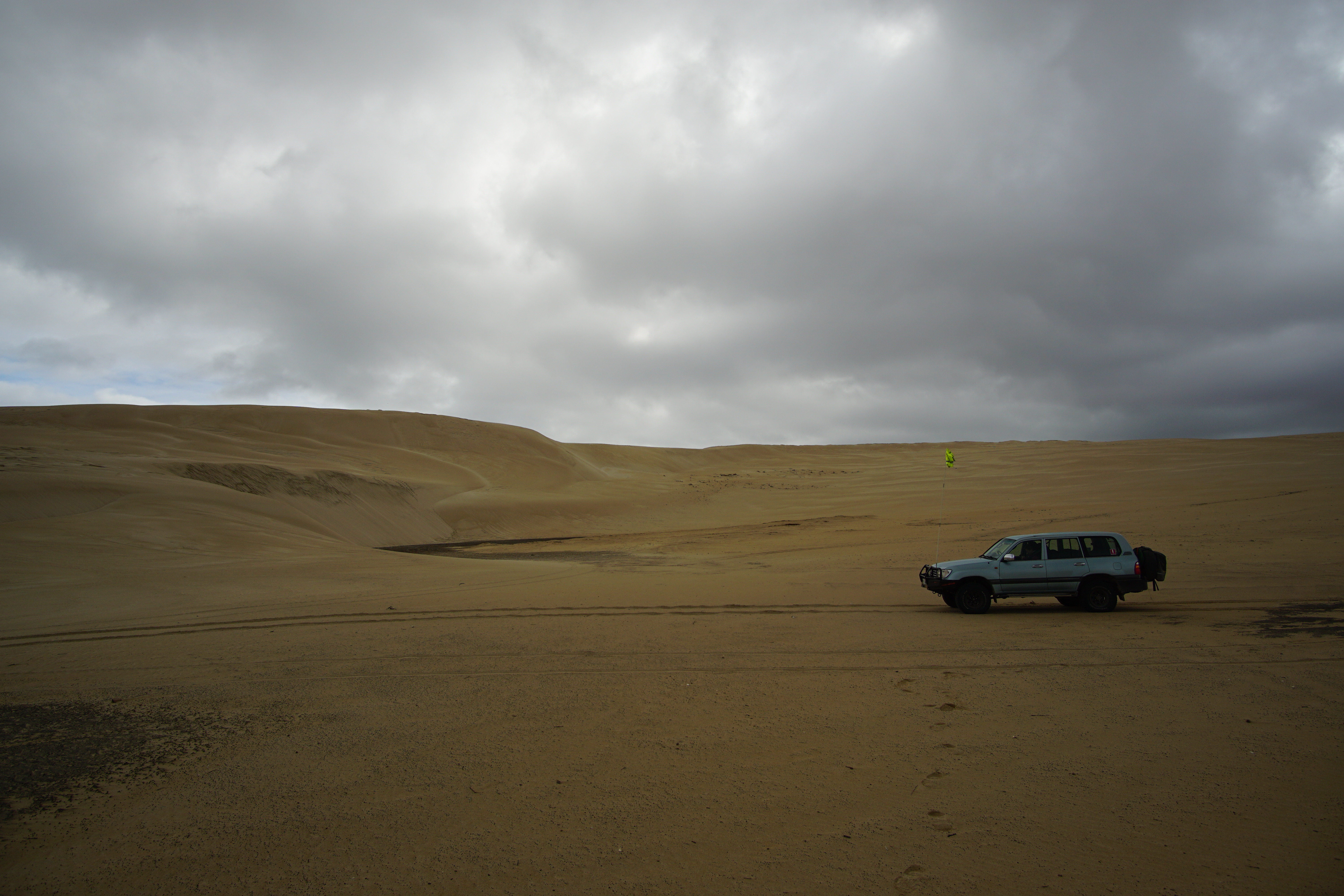 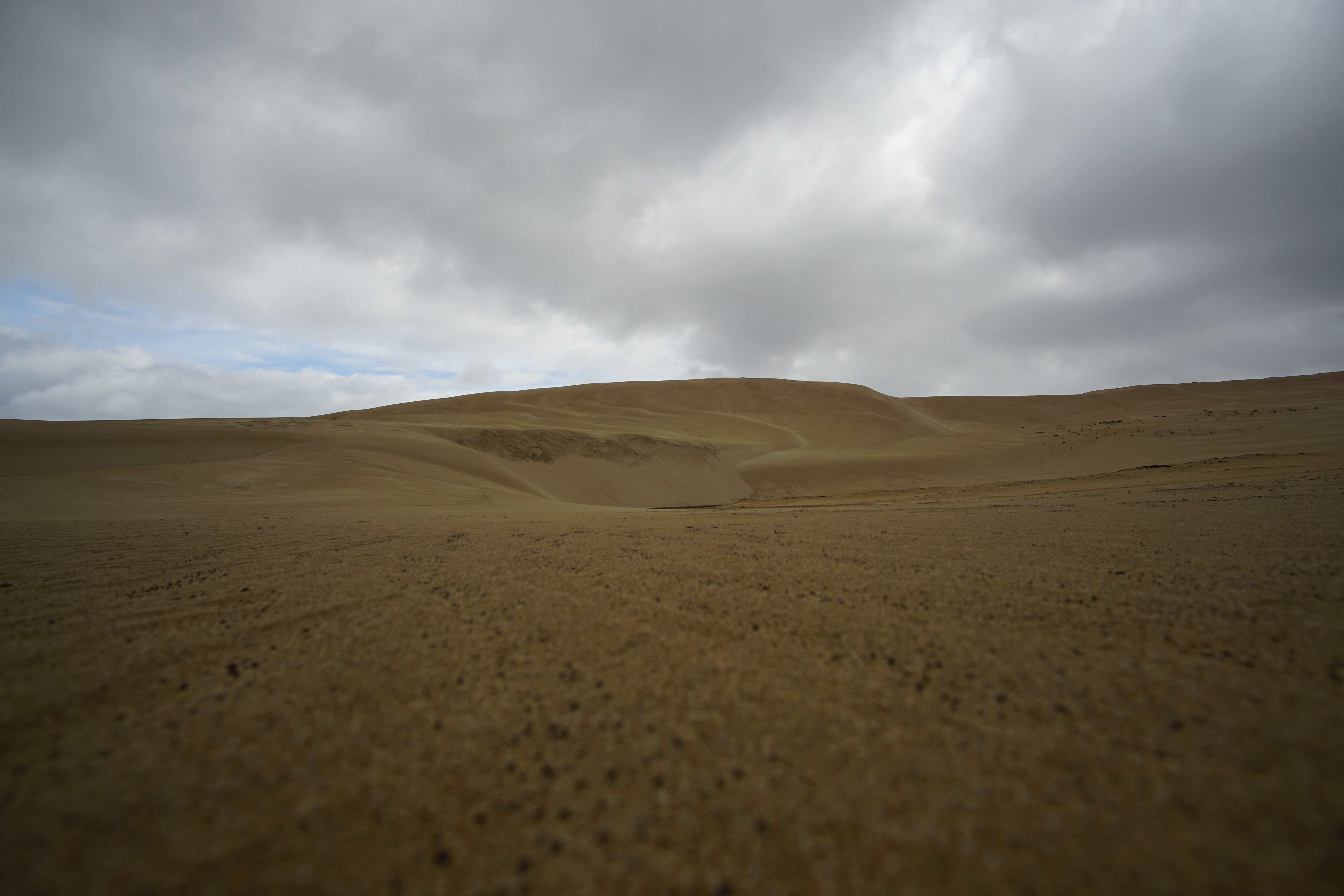 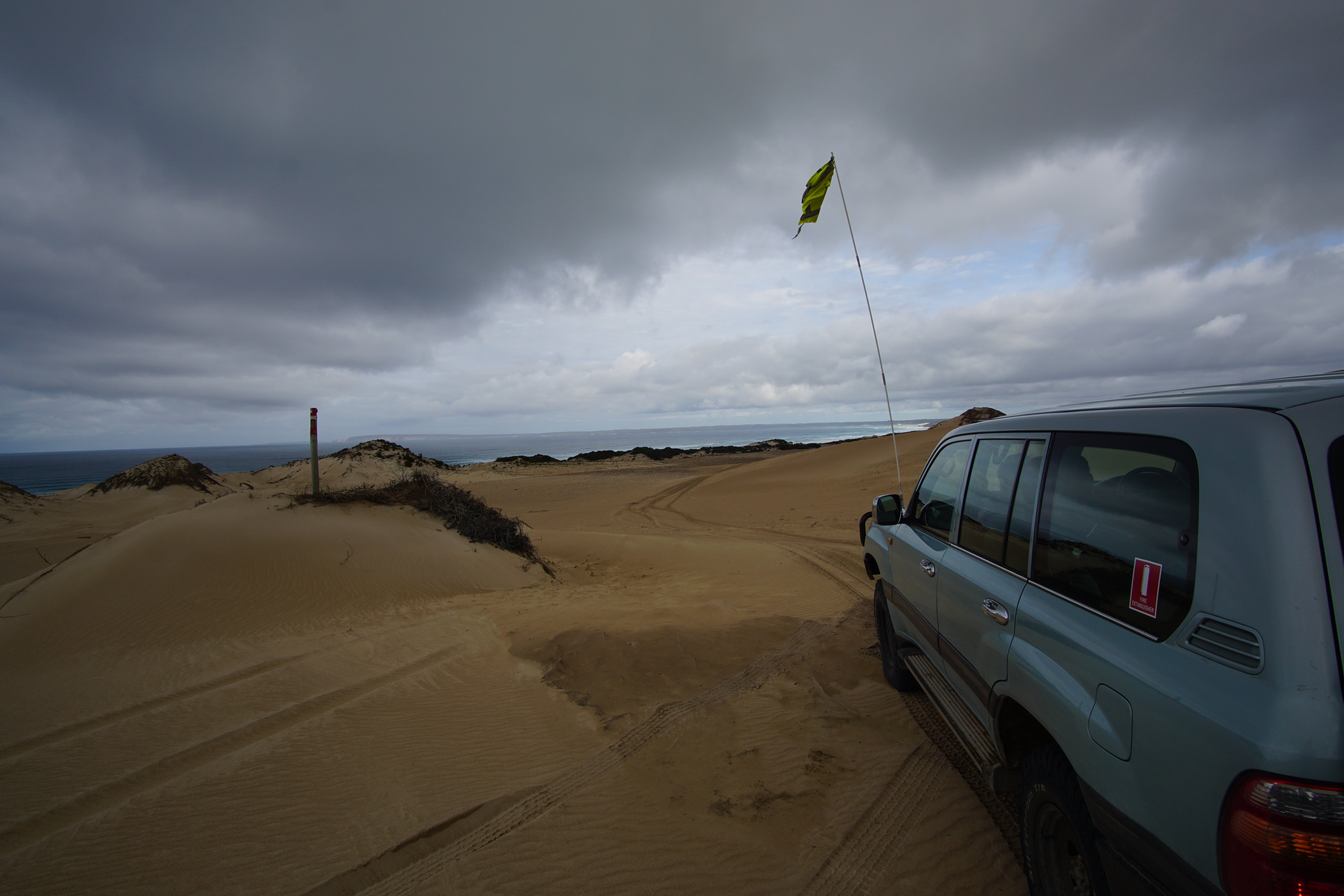 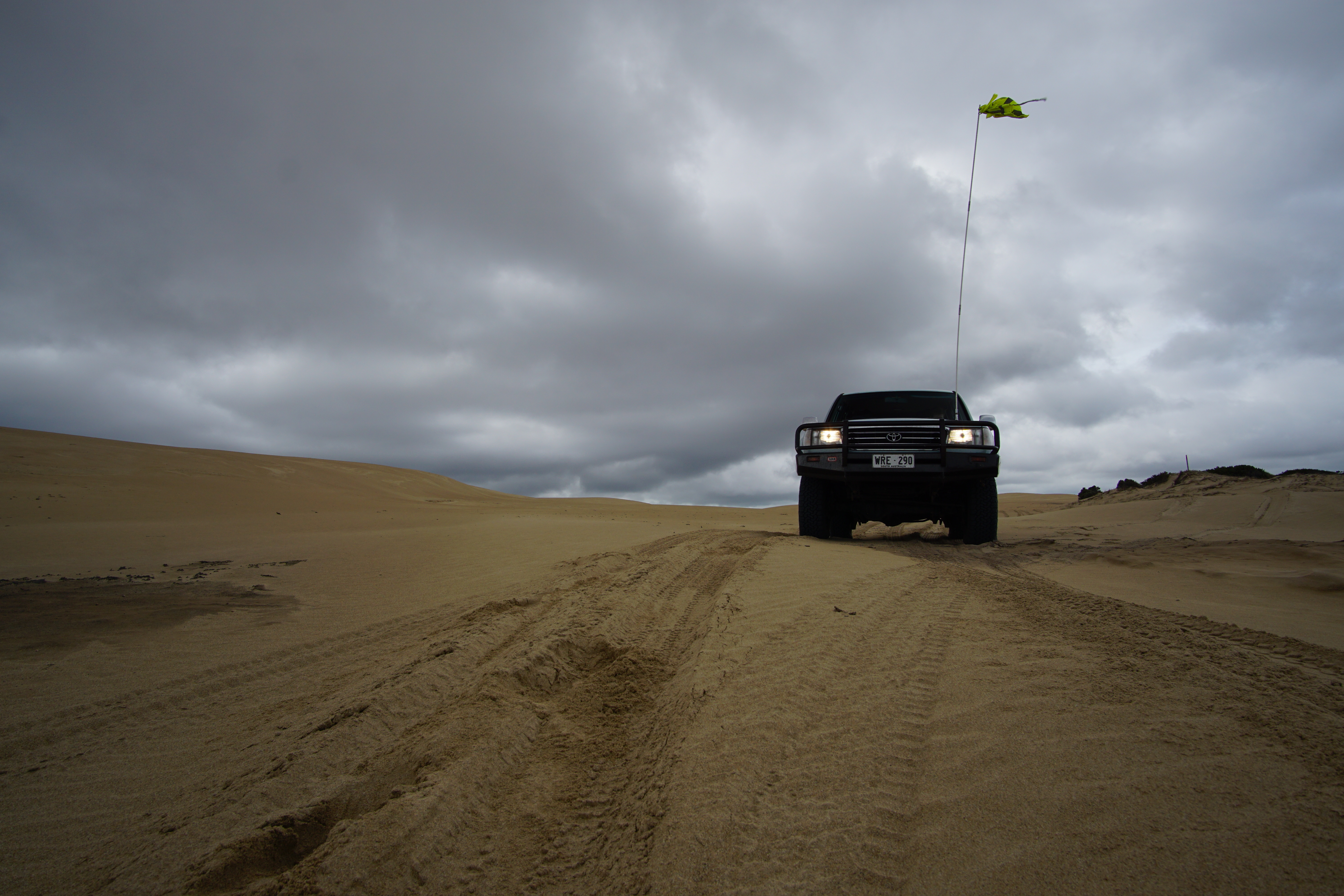 After a while we come out on more rocky clifftop tracks. I realise that’s the end of the very soft sand for a while and fearing for the sidewalls on the BFG’s. I stop and put some air back in them. 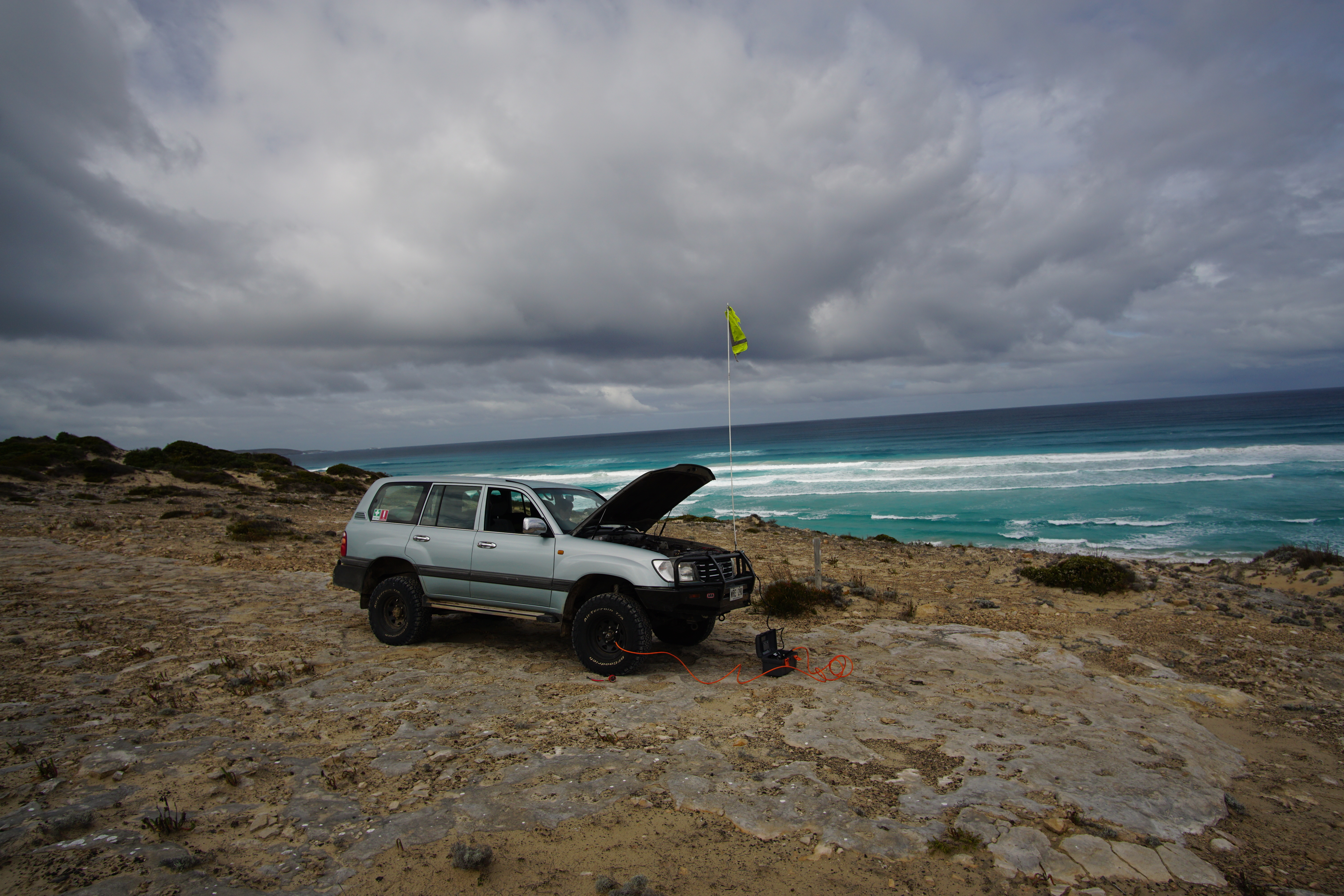 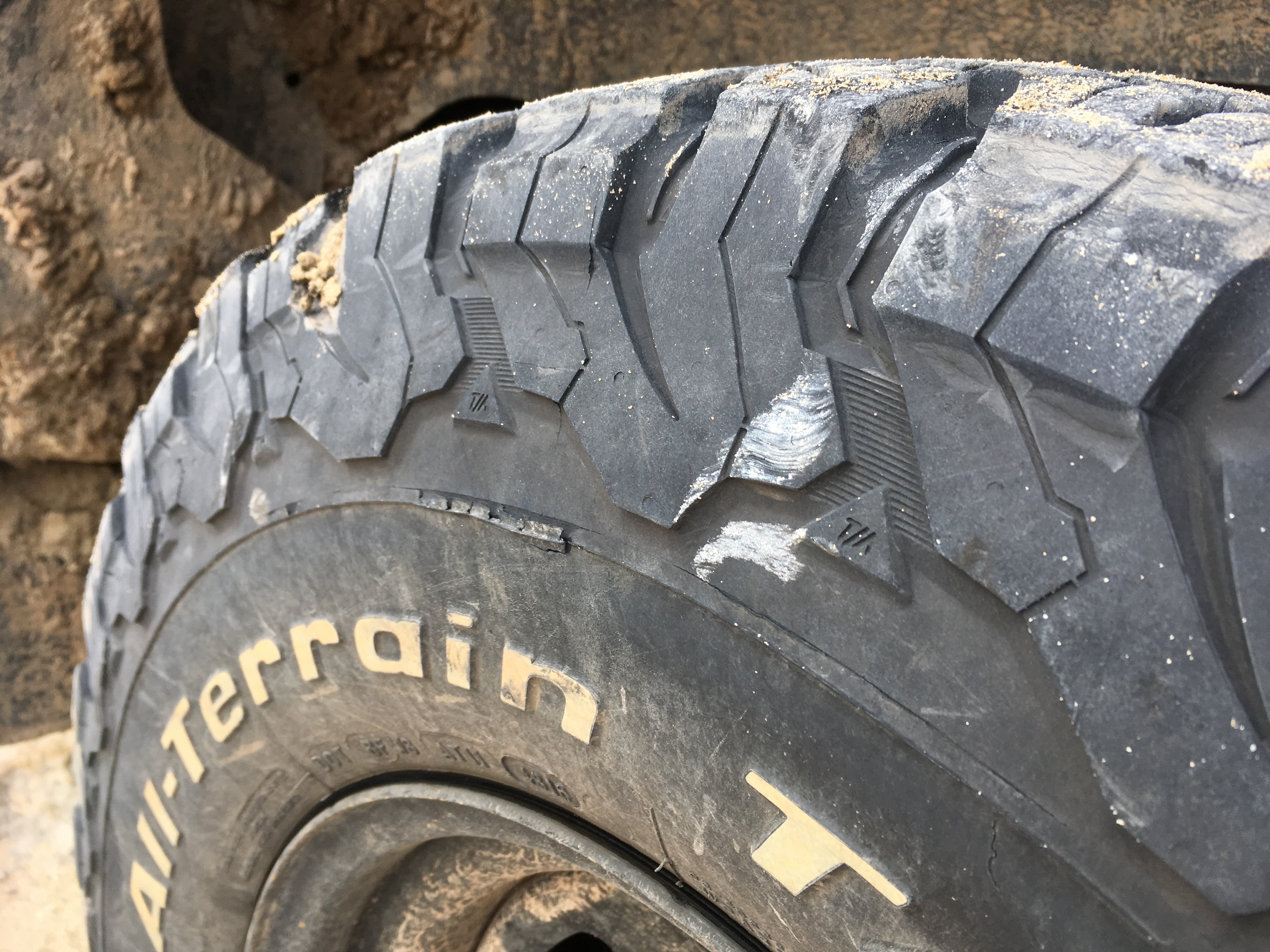 The rest of the track turns out to be a mixture of sand and rocky trails. 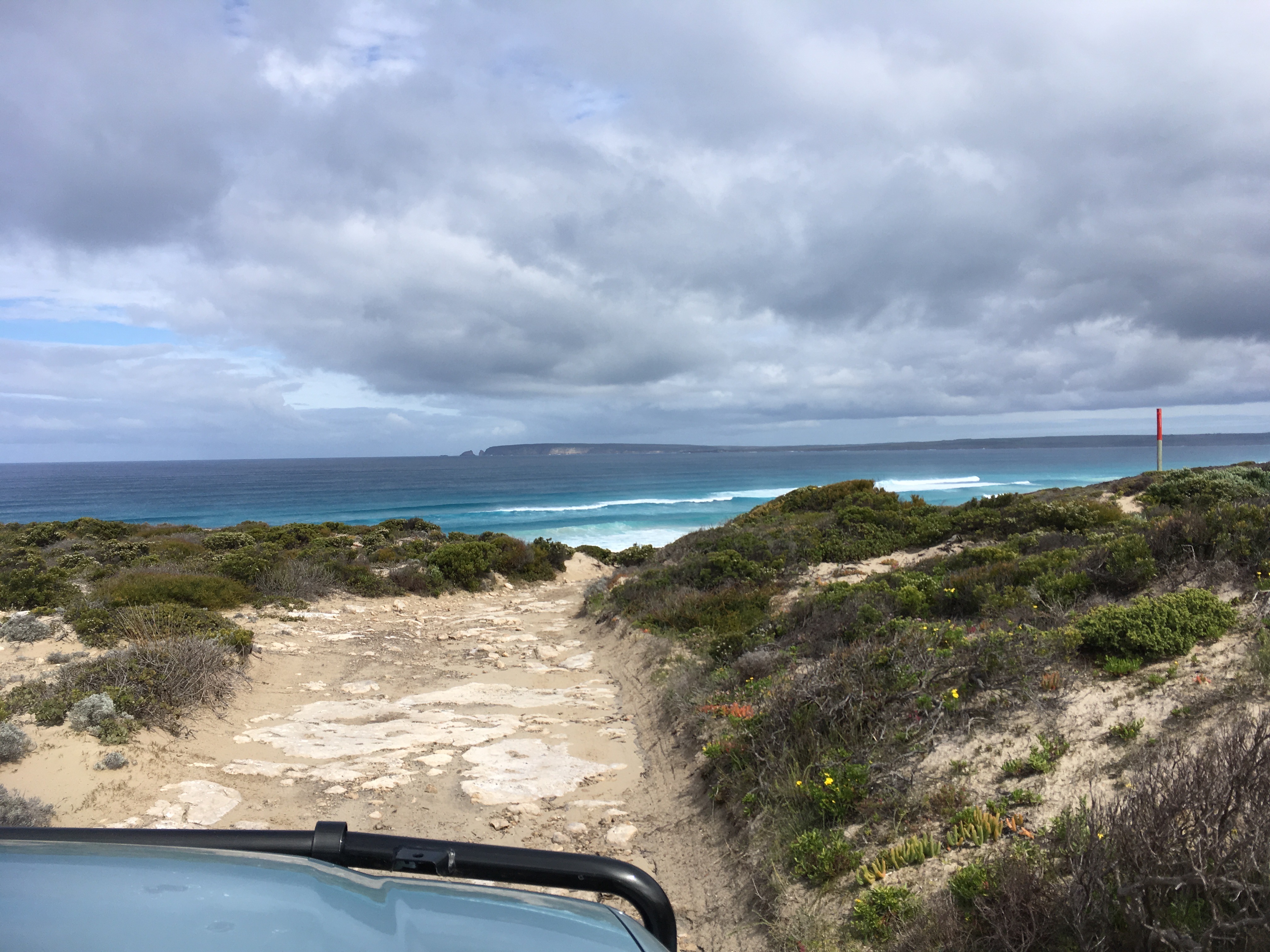 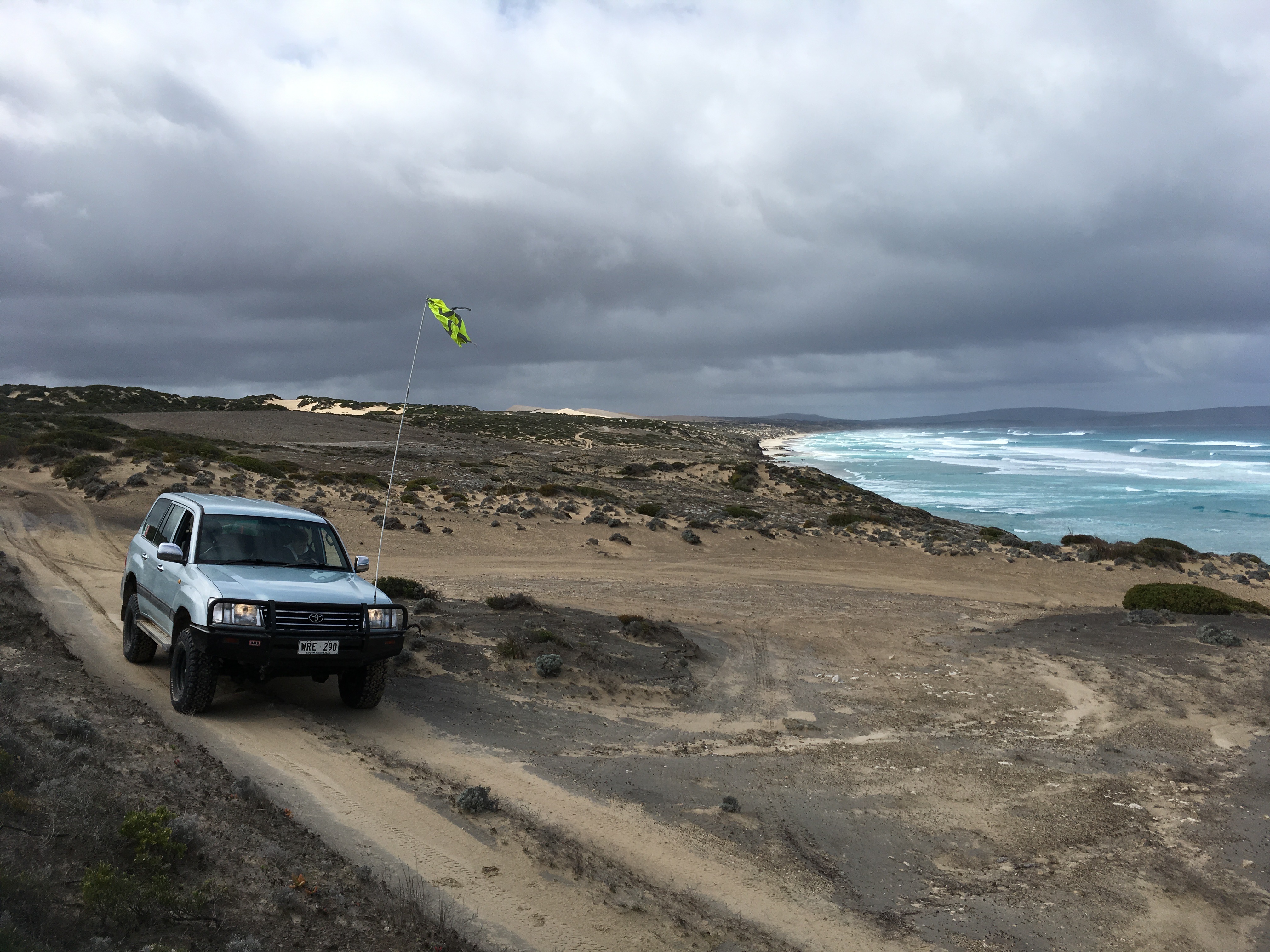 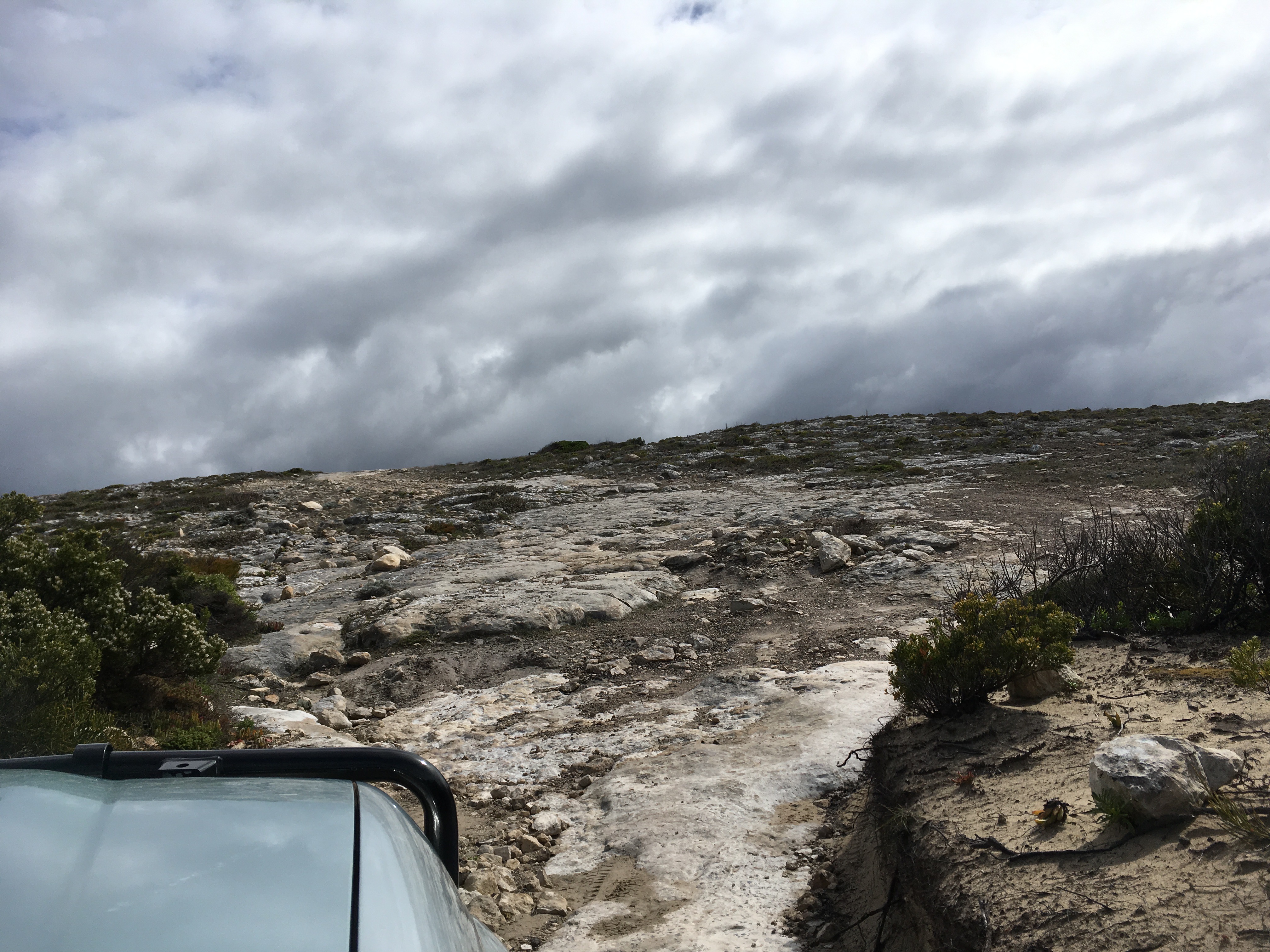 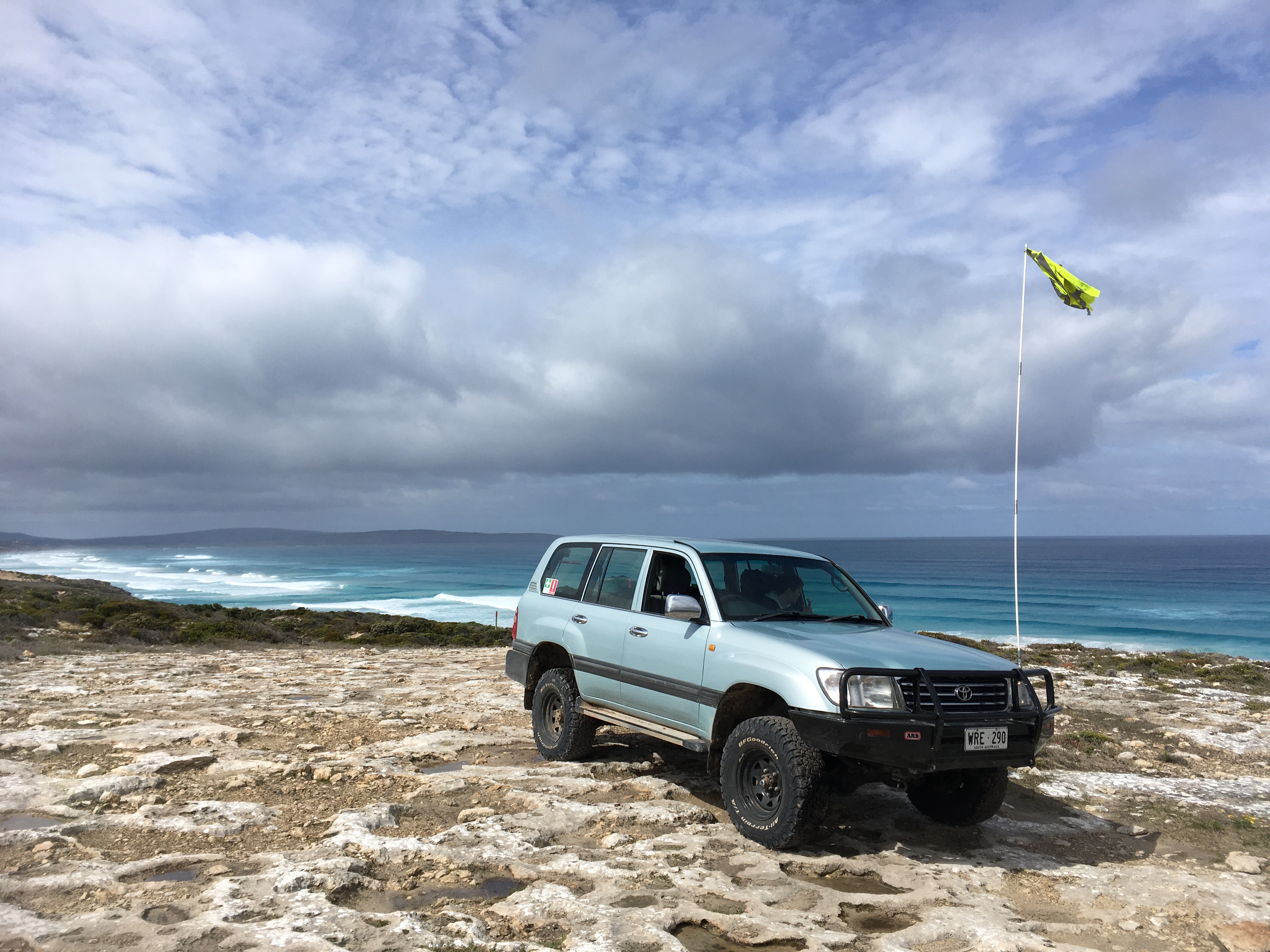 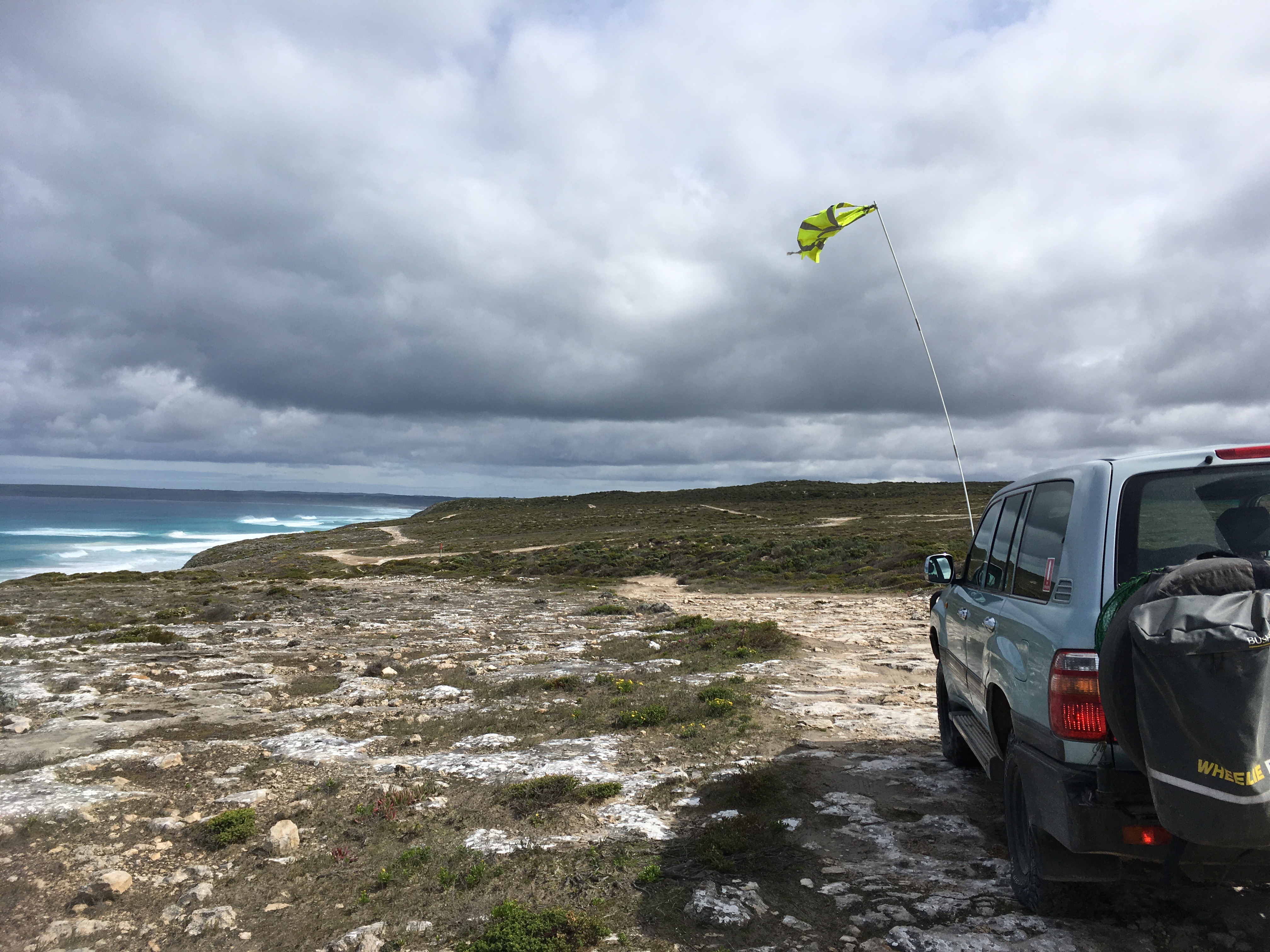 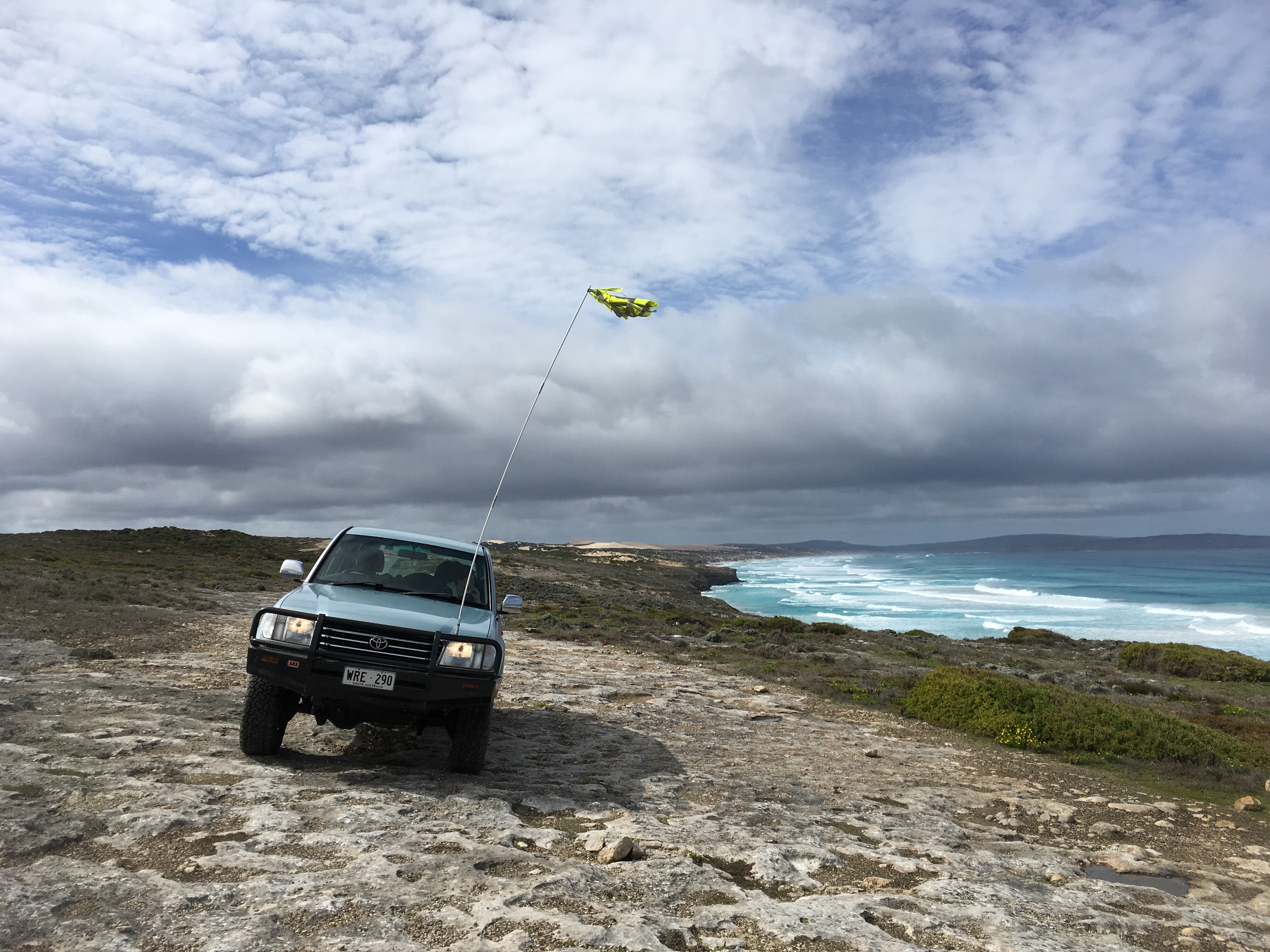 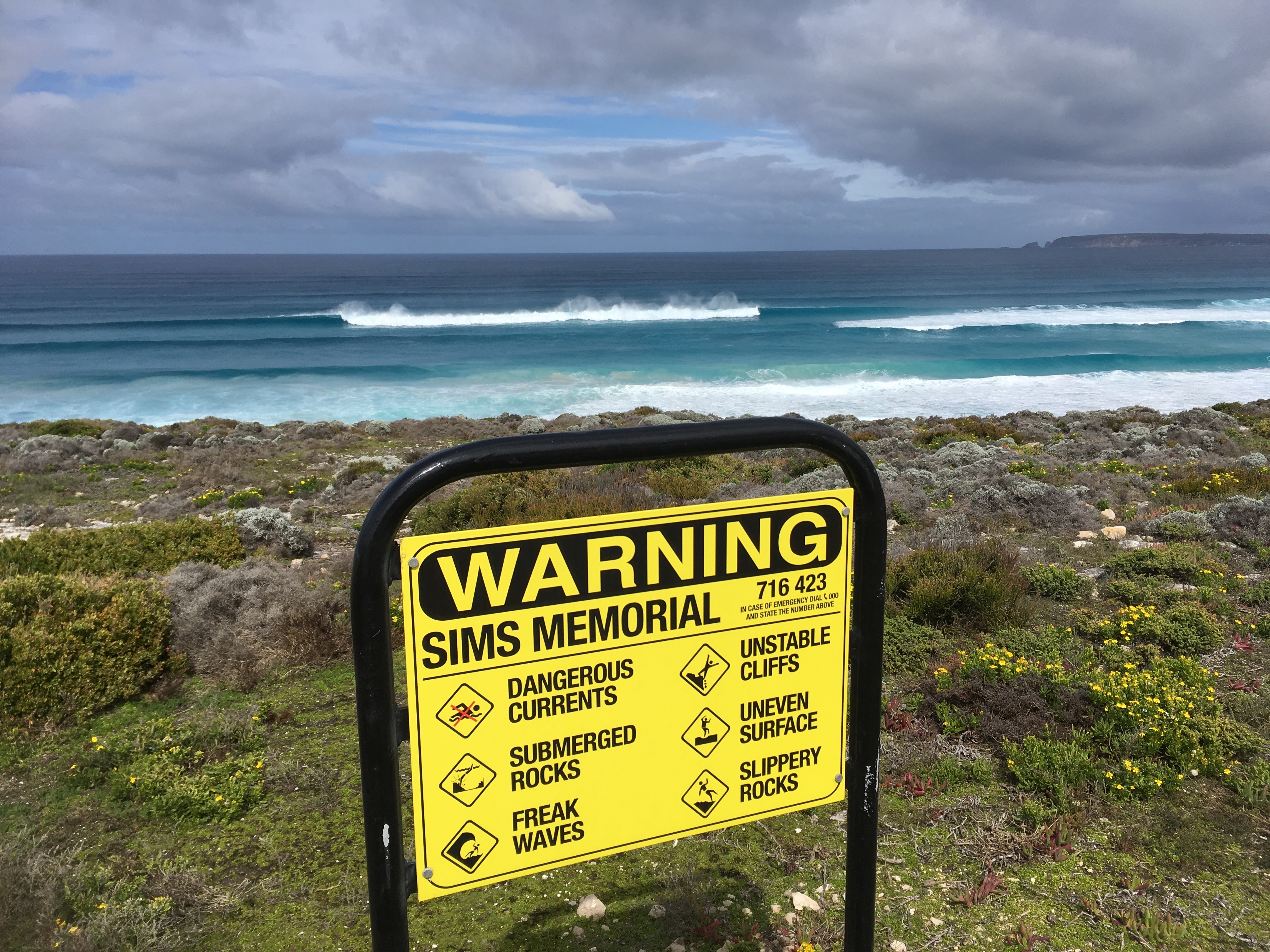 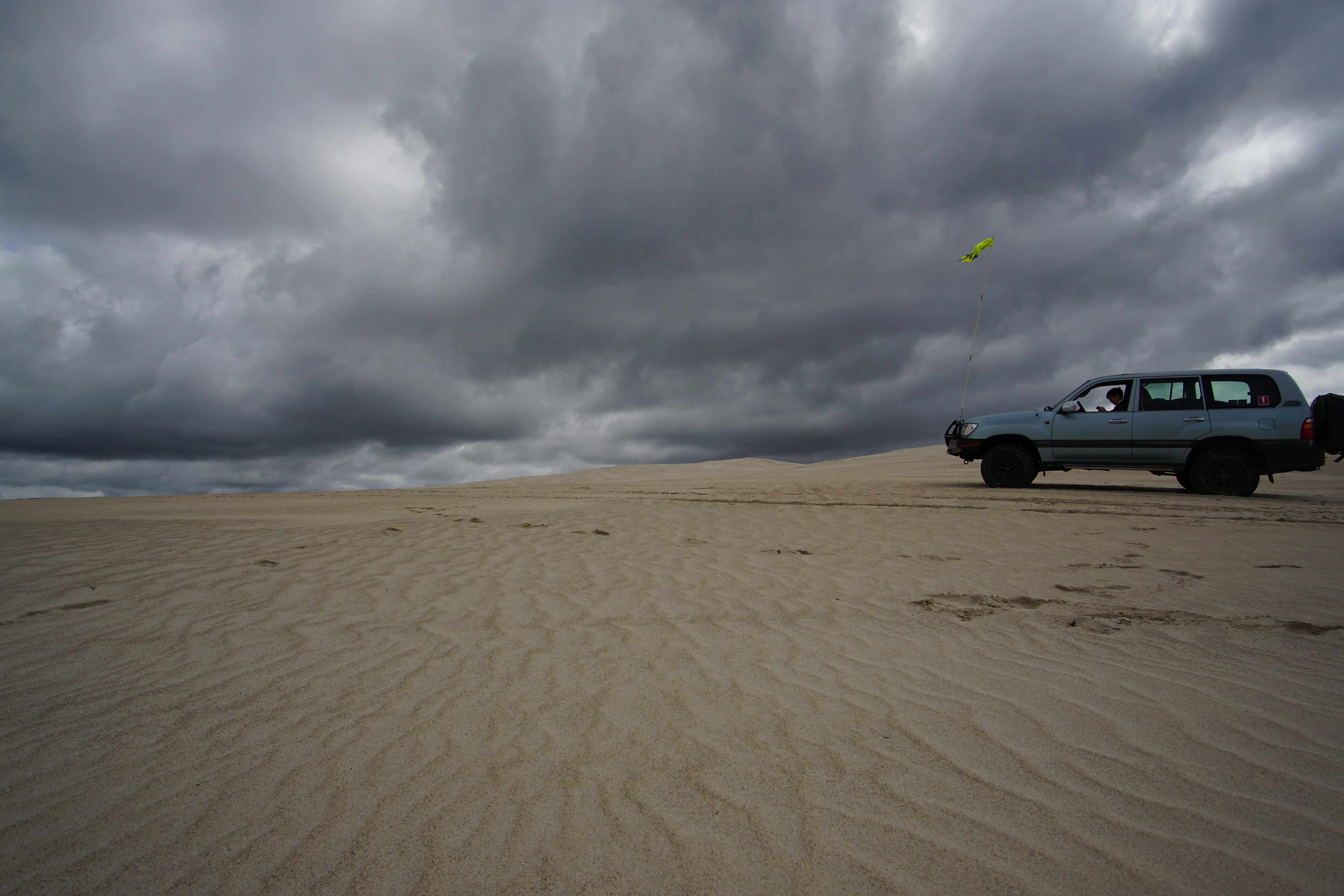 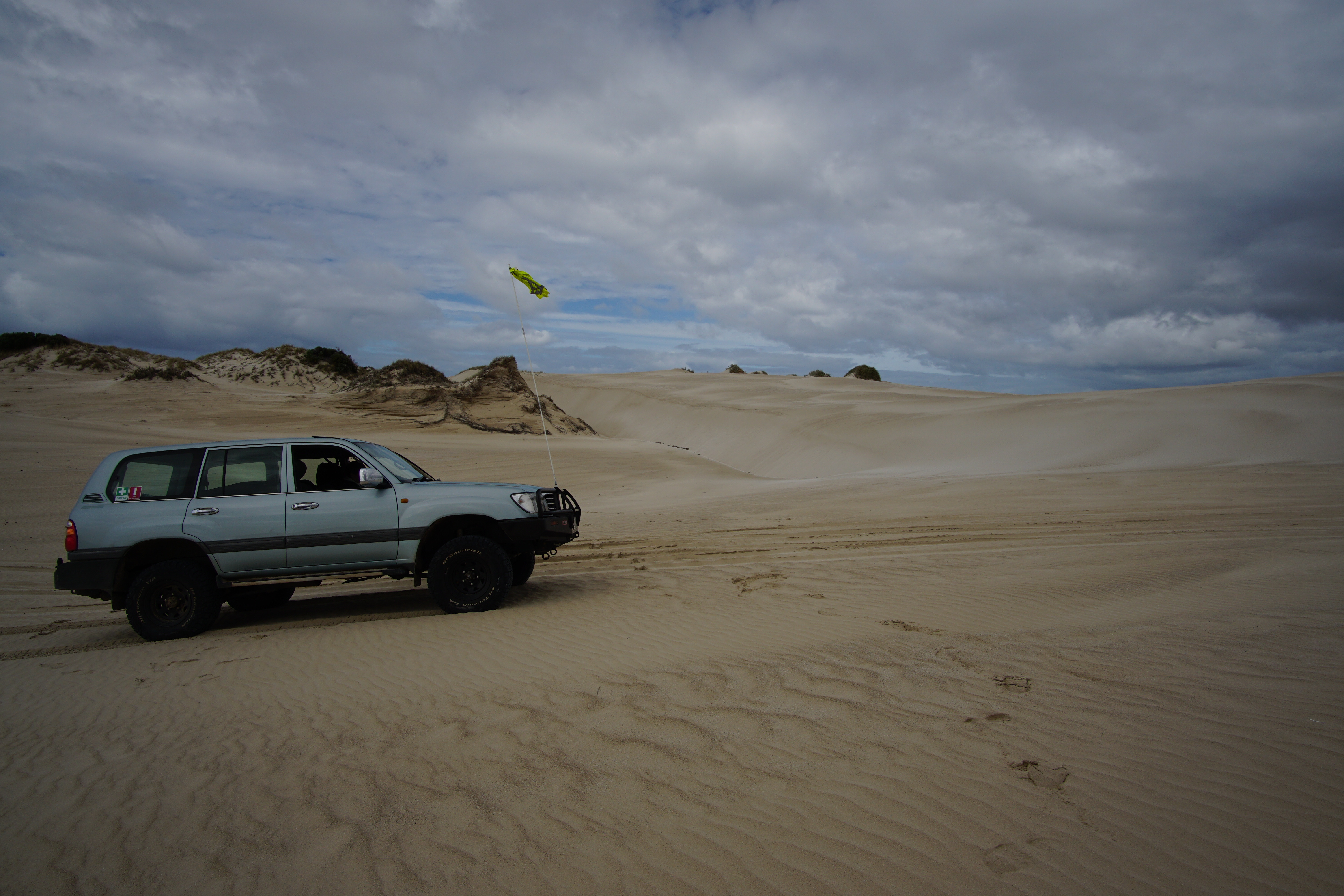 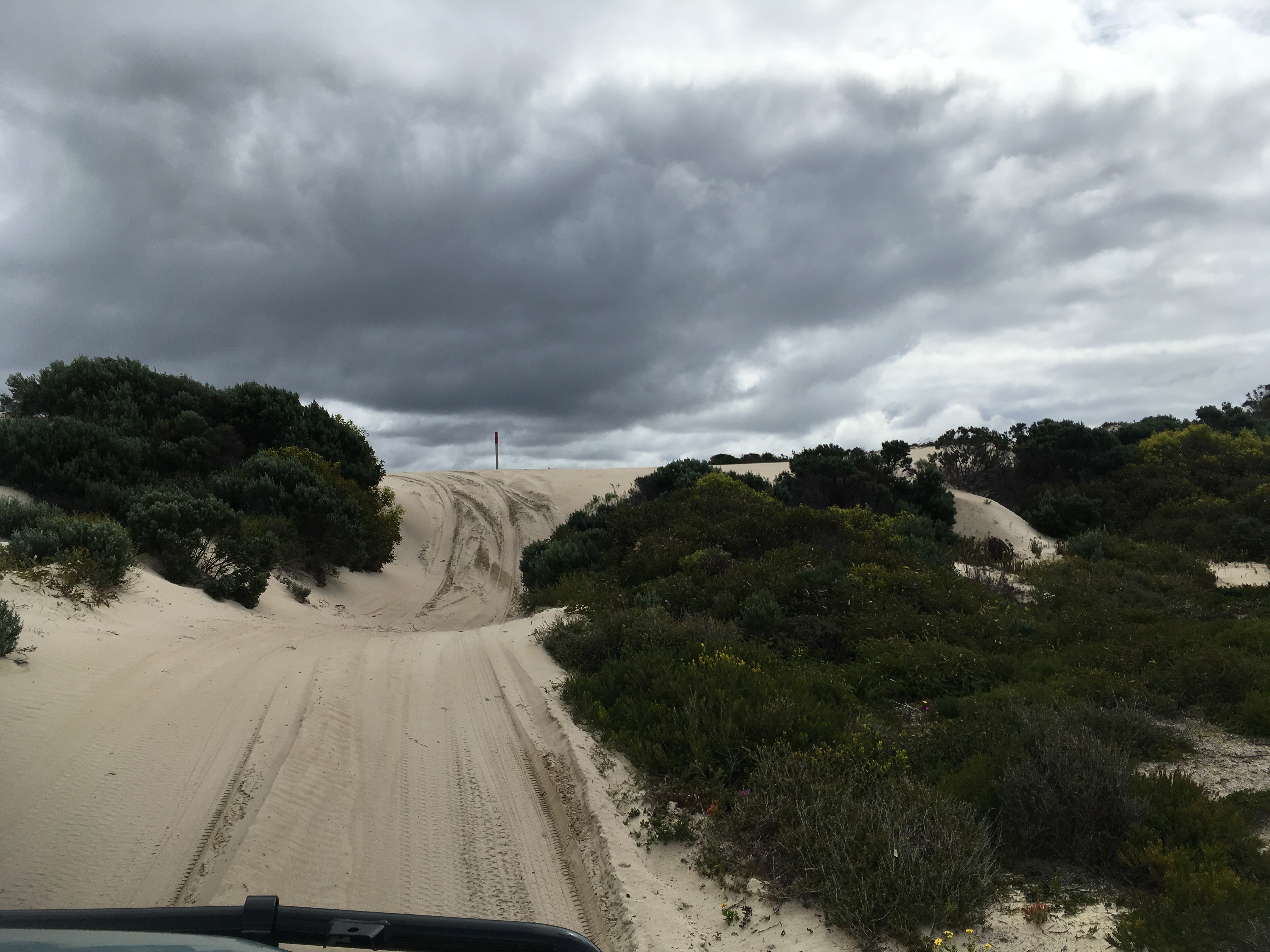 As we start to get near the end, which is closest to town, we start to see other vehicles. This is a Saturday we remember. I’m glad that the locals come and use this great area so close to their town. It is such a wild and stunning coastline.

We wind our way back to the campsite. It is only early afternoon, but I want to spend sometime doing some campfire cooking.