So, how did we arrive here?

As we start to seriously knuckle down in preparation for our biggest trip to date, I find myself in reflective mood. Not being distracted with any short trips, just focusing on getting the truck and gear ready. Not to mention the rest of our lives in order for an extended period away. Also I’m reading lots of blogs and articles, laps of Australia, longterm travellers, people packing up their lives for a spell of living differently.

So, this makes me think about the journey that has led us here. I see many people hitting the road with very little experience, nothing wrong with that, how do you think you get that experience? We have definitely ‘evolved’ to be at this point. So these musing are just a little about how we got here…

Anyone born with petrol in their veins will not need me to explain that cars are a part of your life for as long as you can remember. Before you learned to drive? Oh, yes. Way before that. Whilst others were lost in video games, fashion, fantasy figurines, football cards (remember those?), cars were my bag. All sorts and every sort, back then (the 80s/90s) in the UK books and magazines were pretty much the only resource. My pocket-money wouldn’t stretch to many specialist mags, Autocar the cheapest being a weekly production (not to mention the continuation of the oldest automotive publication in the world), but Performance Car being the best, a monthly production. Car Magazine, the established leader at the time just wasn’t exciting enough for my young mind. Strangely as well, I was able to get Motor Trend, the American magazine in the village newsagent, so I read that at times too, even though I didn’t know or would have ever seen most of the cars featured.

These magazines germinated the seed of a passion for most things automotive, that has never gone away. Everything from basic everyday hatchbacks, to full blown top level race cars. There is very little that hasn’t piqued my interest at one time or another.

In fact Performance Car magazine that I read as a teenager, evolved into Evo Magazine, that I only stopped my subscription to about six months ago. I would have read every copy of that magazine up until that time (I stopped as part of the budgeting for this trip, but mostly because I had become disillusioned with the new car market, it’s still a great mag).

So what’s this got to do with 4×4 exploring? Well, some sort of automotive activity is never far away from my life, especially when on holiday. 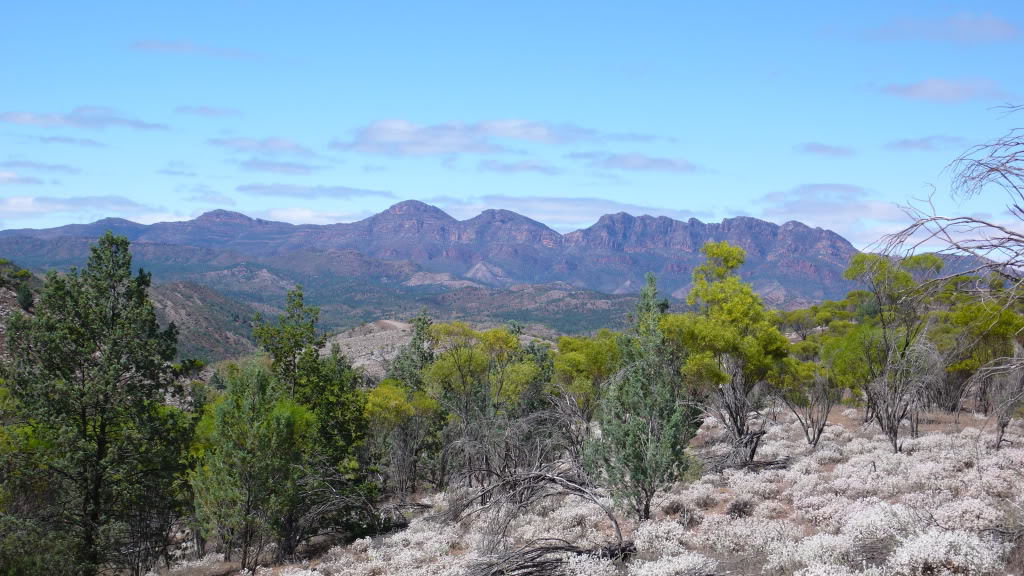 My first interactions with 4×4 vehicles came as working as a junior mechanic in the UK. Mostly Land Rover, I can remember driving a diesel Defender on the motorway and thinking how terrible it was, but somehow cool at the same time. Plus some guy’s Series Rover after a party as it had leaked out all its clutch fluid, and I was the only one who could drive it without a clutch. However, I do remember driving a Jeep Cherokee, and an Isuzu Trooper, neither of those left much of an impression (it should be noted that in a few short years after passing my driving test I had probably driven 100 or so different vehicles, everything from a Skoda to Ferrari, a Lada to Rolls Royce. Fortunate that the mechanic who lived near my parents and worked from home needed a hand, and a driver, and was willing to teach and trust me – I only crashed one, amazing! – G’day Jerry if you’re still out there, what number wife you on now, you old rogue..?!?).

However, the one 4×4 that did leave a lasting impression? The Range Rover. 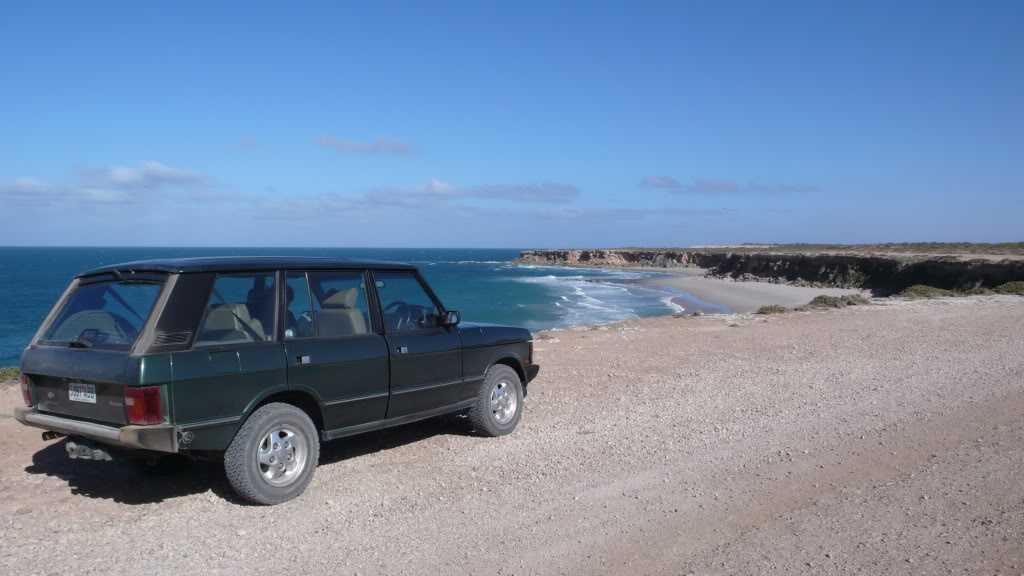 Pretty much my two earliest memories of Rangie’s. Both involving the one that Jerry liked to keep ‘on hand’ – always good to have one around, never know when you might need it. Being the sort of chap that he was, Jerry liked to push his luck, including creating himself a couple of extra parking spaces on the verge opposite his house by driving his Range Rover over the shrubbery. Well one day it must have been leaning on said shrubbery a bit too heavily and slid off, down into the shallow ditch the other side of the bank. To me it looked like it was stuck there, laying over at around 45 degrees. Jerry just jumped in, popped it in low range, locked the centre diff and then just drove it out, no fuss. Having never really seen an off-road vehicle used off-road before, this impressed me!

I was lucky enough to grow up with a few acres of woodland behind our house. An excellent playground for a young lad growing up. One day a hot air balloon crashed into these woods, of course our entire neighbourhood was soon in the woods ‘helping’. The gates to the woods were unlocked and a vehicle was needed to ferry people and supplies in and out, so of course Jerry kept one ‘on-hand’ for just such these episodes – the reality is you could have driven pretty much anything in there – but why would you when there was a Range Rover available for the task?

Once I was old enough to drive I drove several Range Rovers. Jerry’s business was mainly servicing (what people would now call) premium cars. These were all what is now called the Range Rover Classic, but of course back then there had only ever been one Range Rover model. There is something very definite about the way they drive and if ever there was a vehicle with character…

I did drive a manual one that had been fitted with a TVR modified engine, which was awesome and dangerous, as all the suspension and bushing were completely knackered. So this thing went like a cut snake, whilst moving around also like a cut snake, as it wobbled and shook everywhere. Still addictive though, just  the incongruity of it. The idea of a fast SUV was only in the minds of the aftermarket and tuners at the time.

Anyway, all these things obviously left their impression. I was only really interested in fast cars for about the next 15 years, but when the time came to buy my first 4×4, there was only one choice.

So through a series of cheap, classic and fast road cars (some more of one, others more of the others) how did I end up wanting a 4×4? Easy, the Army.

I joined the Army as I wanted to learn to cook professionally and was too old to be able to afford living on a chef’s apprentice salary. The Australian Army is a great place to re-skill and come out with a qualification, once you have served your return of service. It was a good experience in other ways too, one of these, for me, being spending time in remote parts of Australia. My unit was construction engineers, and once every two years would be responsible for the execution of AACAP (Army Aboriginal Community Assist Program), essentially building infrastructure for remote indigenous communities.

Both AACAPs I was involved in I was lucky enough to go on the ‘advance party’. This smaller group of around twenty, would (normally drive) and construct the camp that would house the ‘main body’ of anywhere from one hundred to two hundred people for the next three to four months, who would normally be flown in. I guess I got to go the first time as the corporal cook must have seen that I wasn’t a total idiot, had some life skills and could be left to get on with things. Plus we got on quite well. The second time, due to the way the Army posting system works I was amusingly the most experienced person in this particular arena. So I had to go, as no-one else knew what to do!

My first AACAP was at Borroloola, which is roughly halfway between Darwin and Cairns. It was an eye-opener in many ways. First the drive there from Brisbane, reminded me how much I absolutely loved driving around Australia. Something that had dropped off my radar for a few years, whilst other things in life such as buying my first house took preference. Then how incredible northern Australia is. I would be back several times with the Army our the next few years, and I loved each time, so wild and different from the rest of the country.

We were driving ‘white fleet’, normal lease hire vehicles, as opposed to Army specific vehicles. I got a Toyota 105 series Land Cruiser funnily enough, and promptly got it stuck the first time I went exploring on my own… Being the end of the wet season there was still a lot of hidden ground water, I managed to get it out after forty five minutes of fairly frantic work, there was no way I was going back to camp without it!

I made up my mind pretty quickly that exploring Australia had to become a priority again, and having a 4×4 was the only way to do it. This would also allow me to scratch my long itch to own a Range Rover… 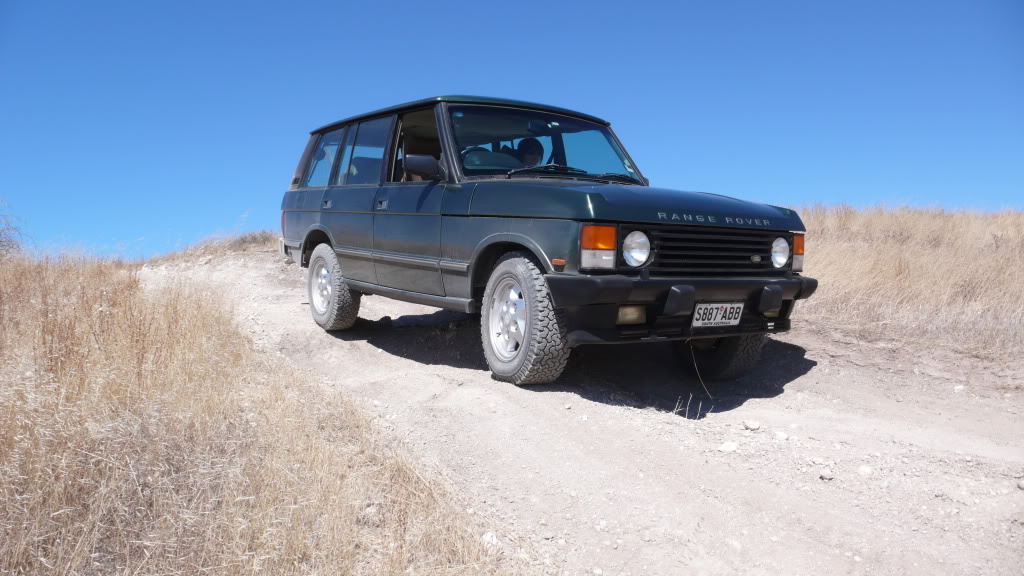