Well, I hope this is the last of these sort of blogs I write for a while. I’m scratching like crazy to get out and experience some wilderness. I always enjoyed the preparation and spannering the truck, but in all honesty I’m about done with that side of it. Anyway, it is what it is, and this is what’s been done…

Firstly N and I trailed packed the Land Cruiser. Previously I had always done the majority of the packing, but I was watching one of Ronny Dahl’s videos and his mate Wayne and his wife Sarah (who is the only one of their partners that regularly comes on the trips) and they said that the most important thing as a couple was you both pack the truck. Makes sense, then you both know where everything is, for convenience and for emergencies.

The clear coat on the front of the Land Cruiser has been giving up its fight with the sun over the last year or so (thanks Australia…) I went through the same thing with the Range Rover and know that a 50 cent sized hole quickly just gets out of control and there is nothing you can do about it. So, I’ve been chasing some good but (very) cheap painters to respray the front end for a while, of course this suddenly happened just after we’d packed up the Cruiser, so I unloaded all this gear back into our spare room.

Anyway, this was one of the big ticks I wanted to do pre-trip, I wasn’t going to miss out on the opportunity. So front bar and snorkel off, in the Cruiser went to get some lovely new paint.

In the meantime I had managed to splash more of our trip savings on shiny things. 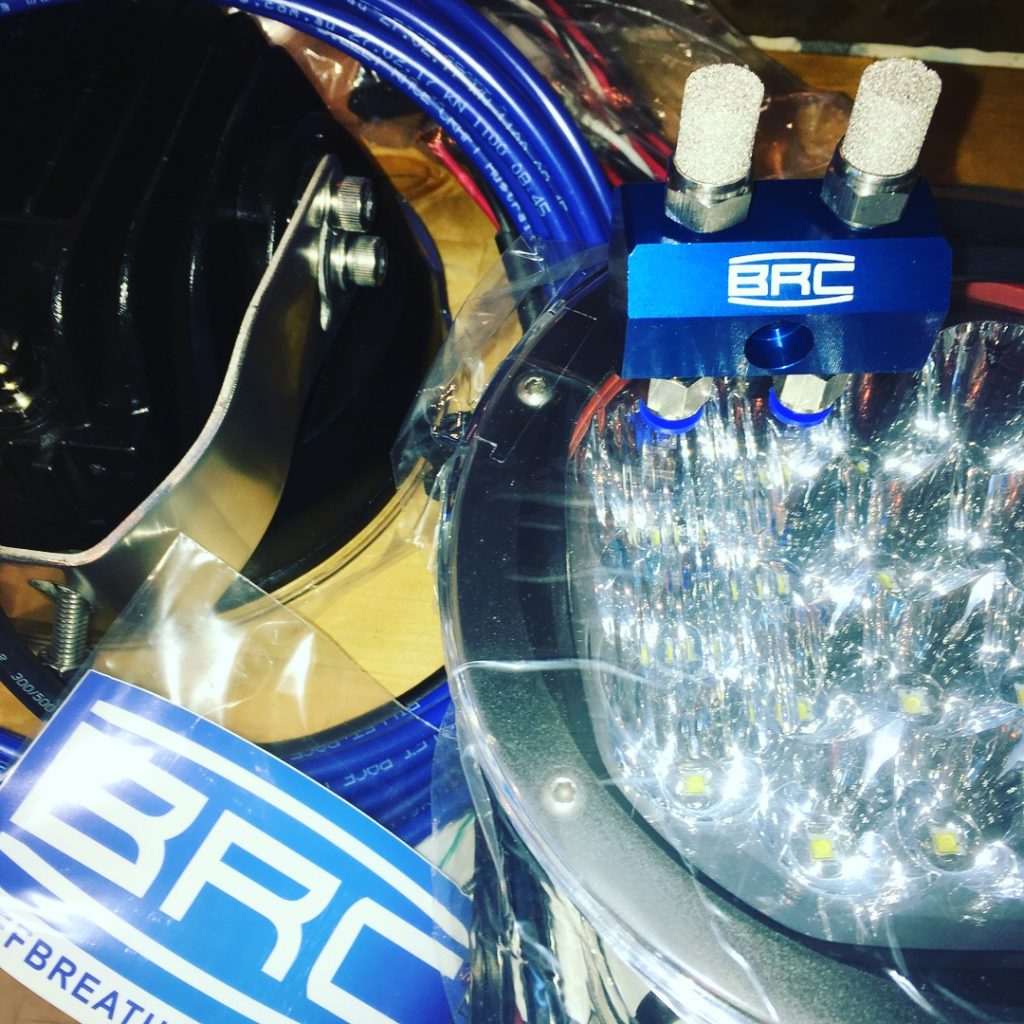 New LED spotlights and diff breathers. Lights – I’m not someone who really drives much at night if it can be avoided. However, experience tells me it happens, so some proper lighting will help reduce the risk and take some of the danger out of those situations, even though the standard 100 series lights with uprated globes are actually pretty good. These ones come from home of 12 volt, same place our ‘Thumper’ battery pack and new solar panels come from. They don’t make these, but I trust them enough that they won’t sell me rubbish. As just a ‘insurance’ policy solution, rather than someone who actively drives off road at night, I just can’t justify Lightforce/ARB type money. So these came in at around $330 for the pair, as opposed to around at least a grand for the name brands. Also when you deal with aftermarket stuff, after a while you get a feel for what is half decent… Better than the standard headlamps?

There was a bit of modification required to the ARB bar to get them to fit nicely. The Captain has been building a trailer for his race car, so his welding eye is well in, I let him take care of the blue flame stuff. 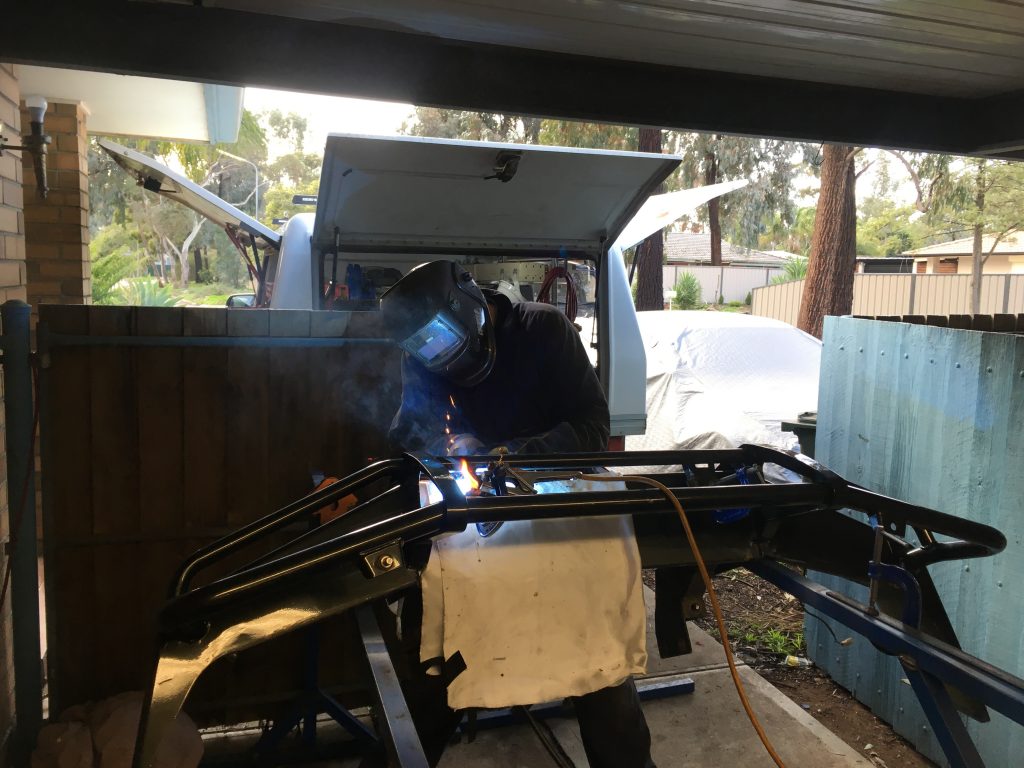 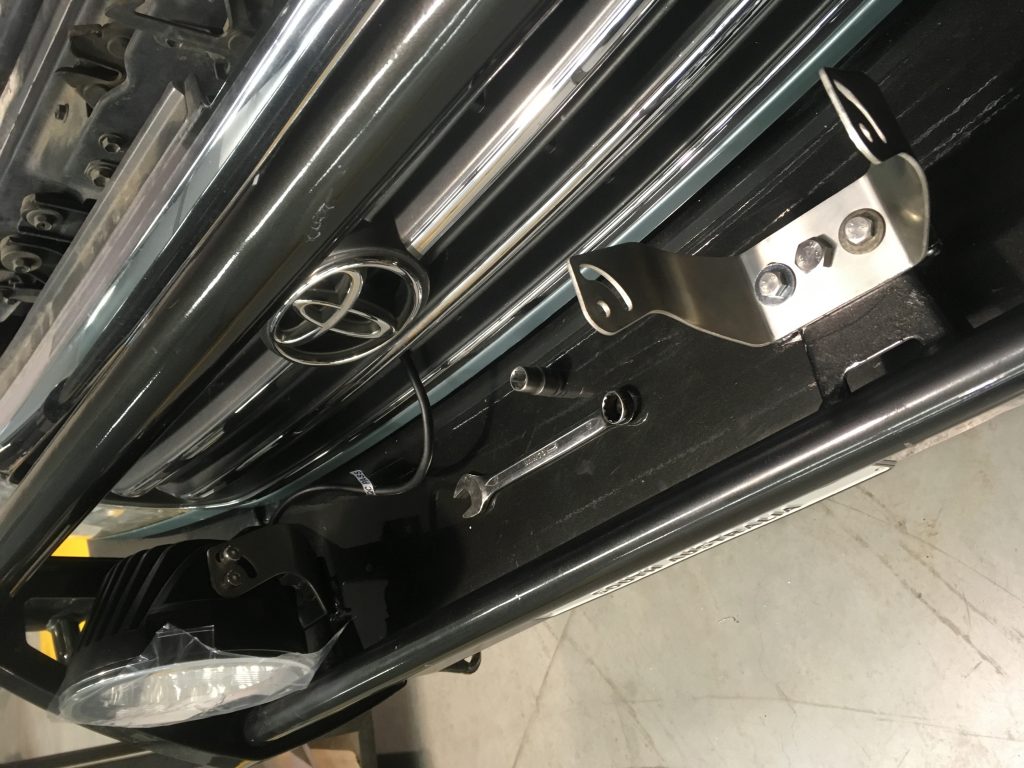 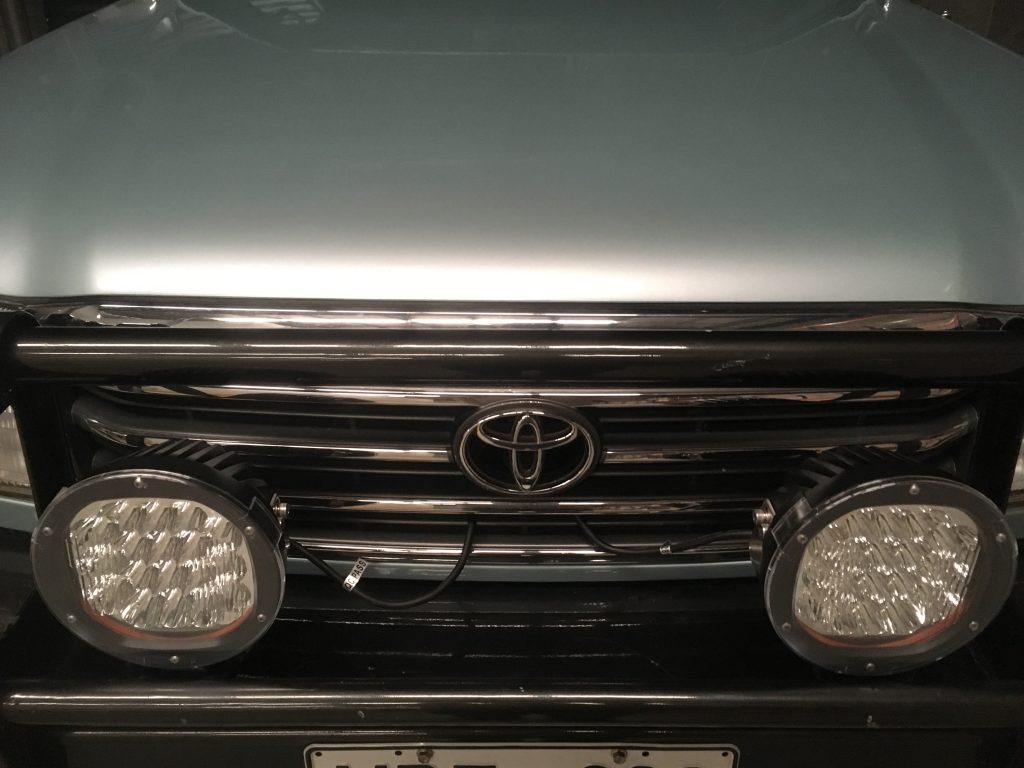 While I was at it, I replaced the standard electrical connectors in the spotlight loom with the more weather-proof Deutsche type. 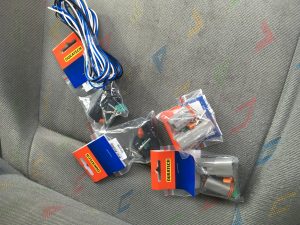 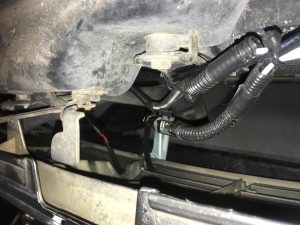 I tried the lights in a different part of the warehouse. With the spotties now adjusted to the same point as the standard headlamps (they’ll be a bit of trial and error to see if this is the optimum position, but seems like a decent place to start). Difference from the drivers seat, probably the illumination of the surrounds is what I’m most happy with. 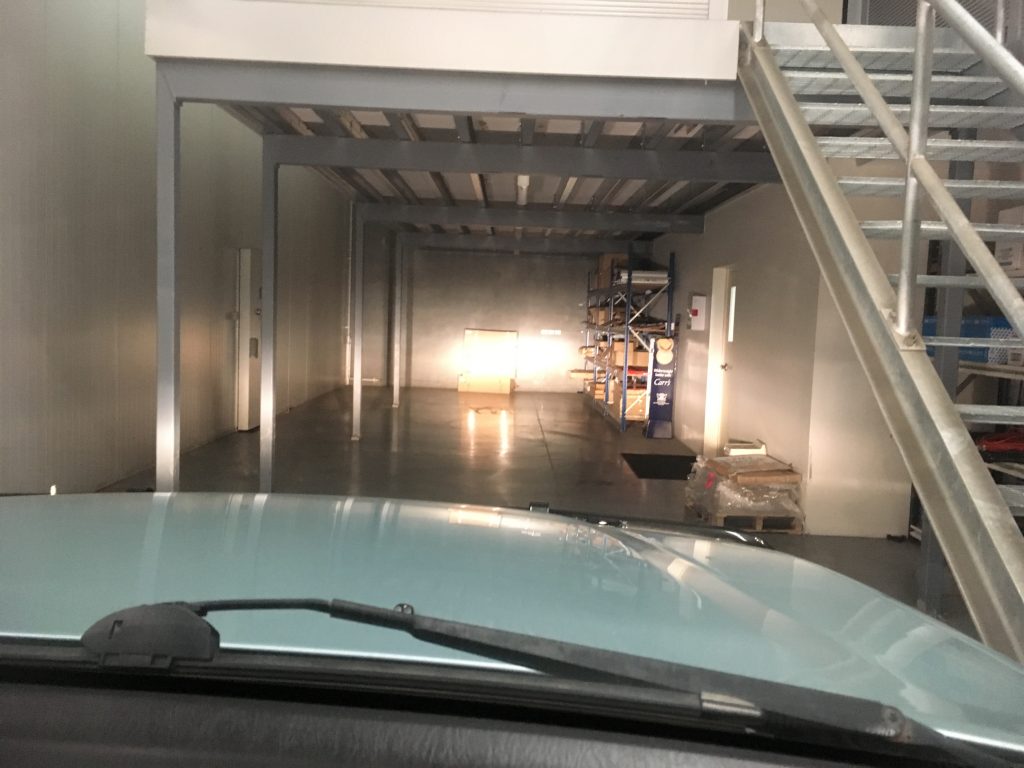 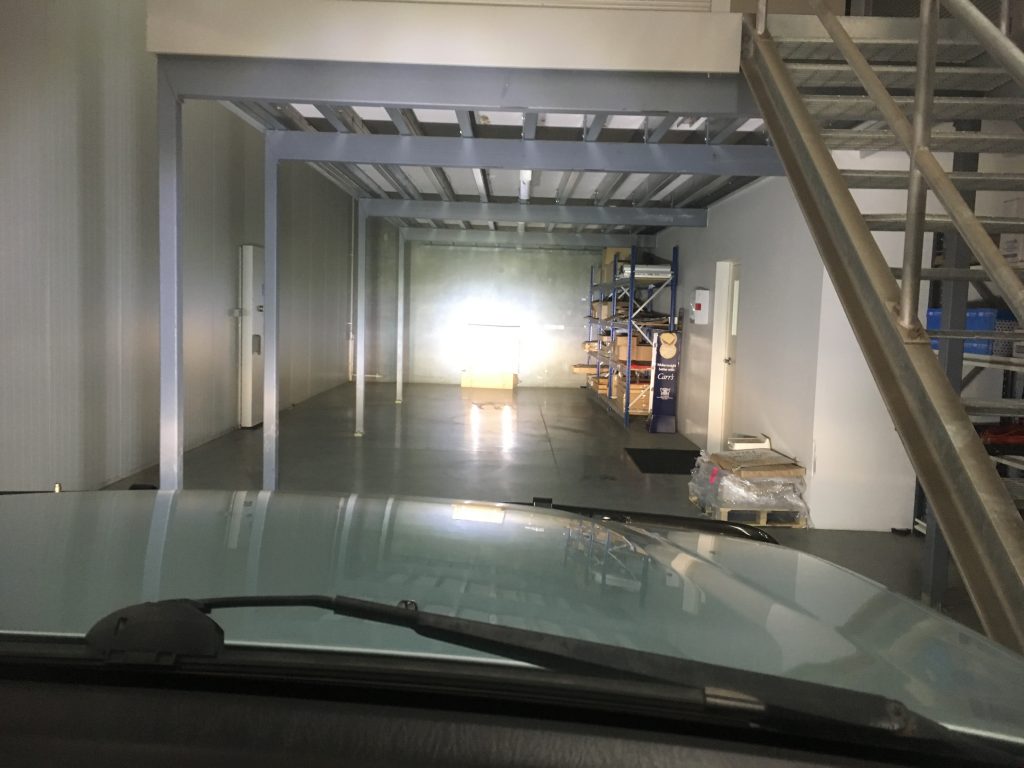 Diff breathers, were next up.

In case you don’t know why this mod is important, all transmission housings, but especially differential housings (as they are the lowest) are susceptible to cooling rapidly when being plunged into water as in a deep river crossing. The rapid cooling creates a vacuum inside that can actively suck in water through the breather hoses – not good. So extending these breathers up higher is to prevent this, and means they only suck in air when this occurs.

Normally I would recommend all the transmission breathers are done, one for each differential and one for the gearbox and another for the transfer case/centre differential. However, Toyota’s solution for the last two is more than adequate, with them both extended to the top of the transmission dipstick tube. Effectively making a sealed system – thanks Toyota!

To be honest the Toyota solution for the axle breathers is also pretty good, with the end of there breather encased is a box – to give it air to draw even if underwater. However, raising them up out of harms way removes any risk. Local South Australian guys BRC do a nice kit, so I got that. It was actually relatively hard to find a good spot for the with drilling extra holes in the 105. Anyway, this’ll do. 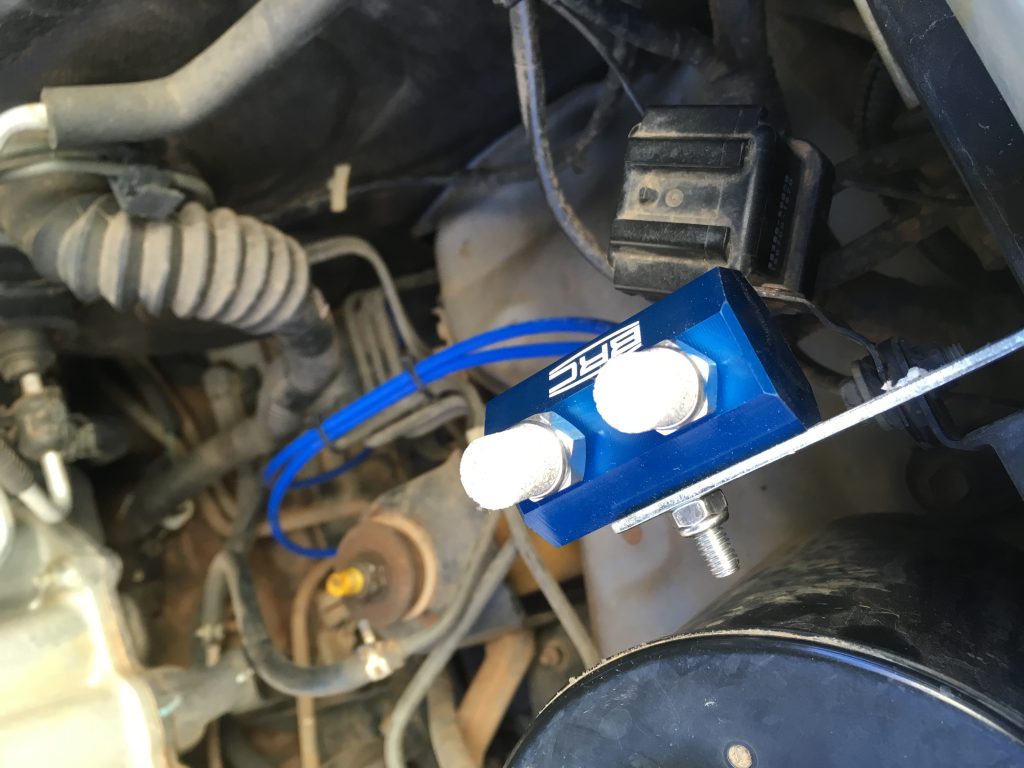 Last but not least, was to add a sticker from some friends who have gone through a similar build up (well, as similar as cutting the roof off their Land Cruiser can be…) to their trip and are currently roaming Baja, Mexico. If by some chance you like what is here, you will like this too probably. 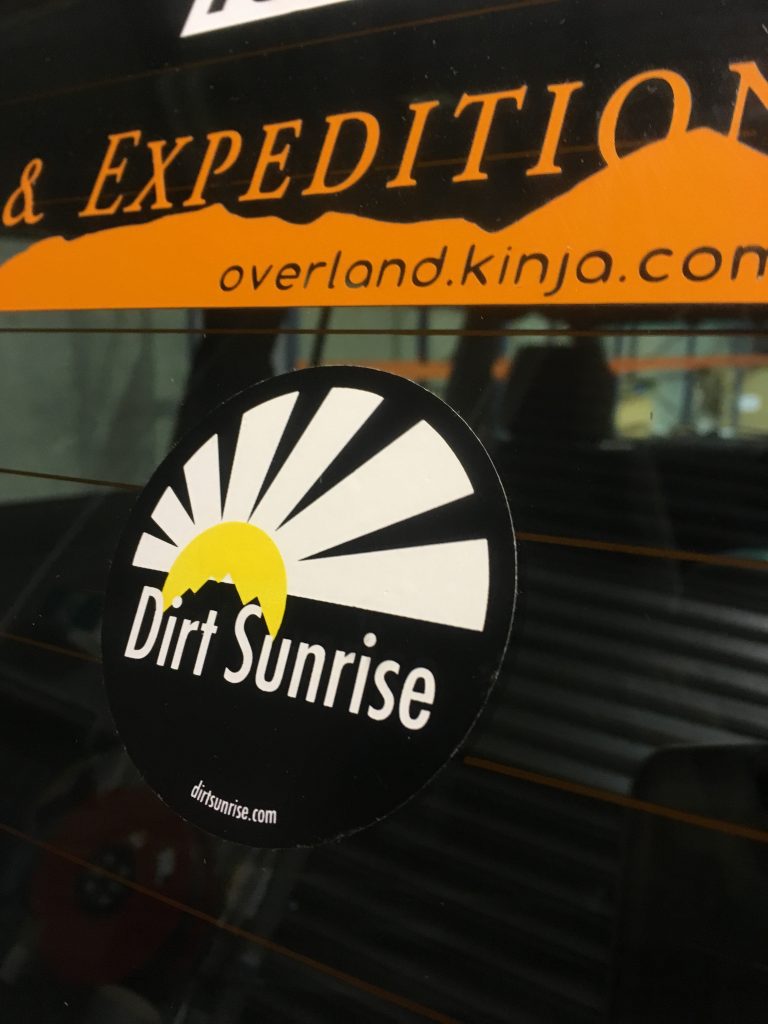 Now it is just a matter of getting out there, again… 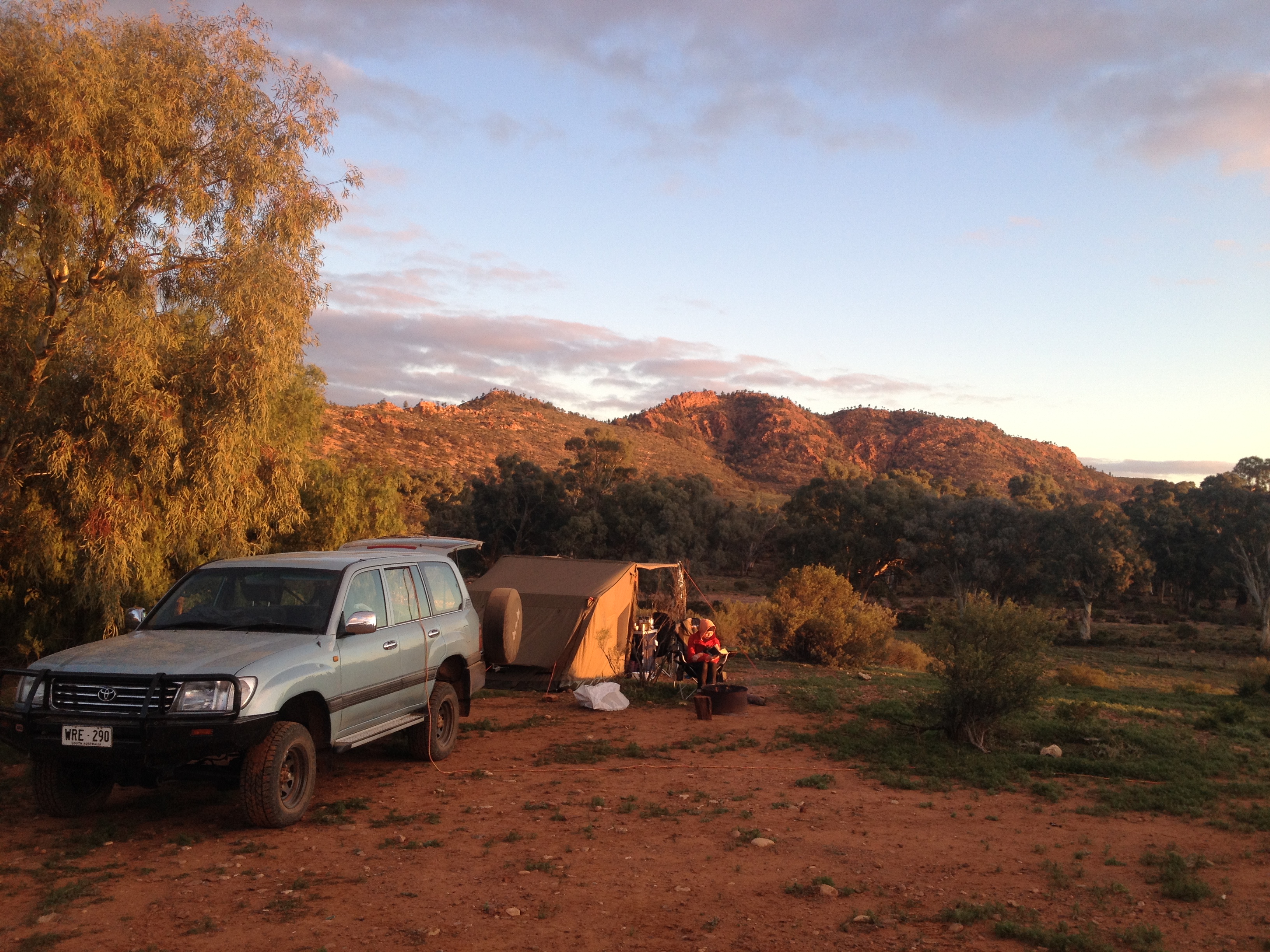