So as we were going to be here a couple of nights, it made sense to set up more of a camp. In the run up to leaving I fielded a lot of questions about what our set up was, what were we towing (?), etc. We obviously don’t tow anything, it’s just too restrictive with the type of touring and exploring we like to do. Plus, there are only two of us, and the Land Cruiser is a big beast, especially with both sets of rear seats out, it swallows our gear with ease, whilst still being under its GVM (Gross Vehicle Mass).

So this is pretty much our ‘more than one night’ set up. OzTent with the awning enclosed and then opened so you have a mesh ‘room’ to keep the flies out that invariably occur in many parts of this country during the middle of the day. Solar panels run the fridge plus charge our devices. 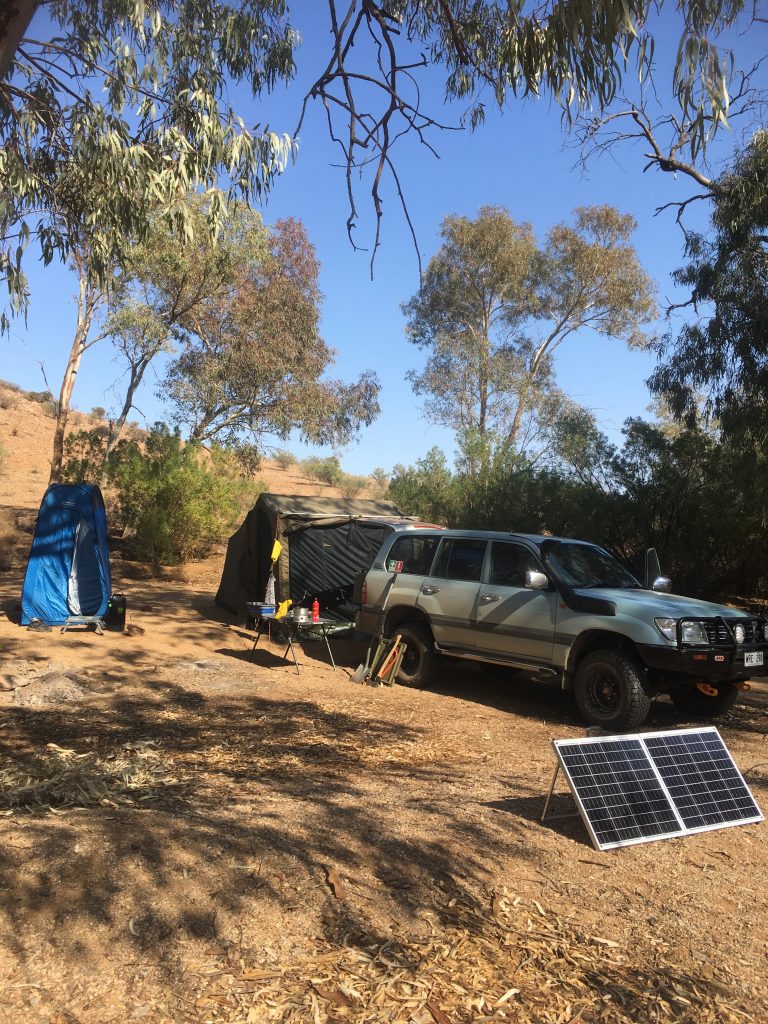 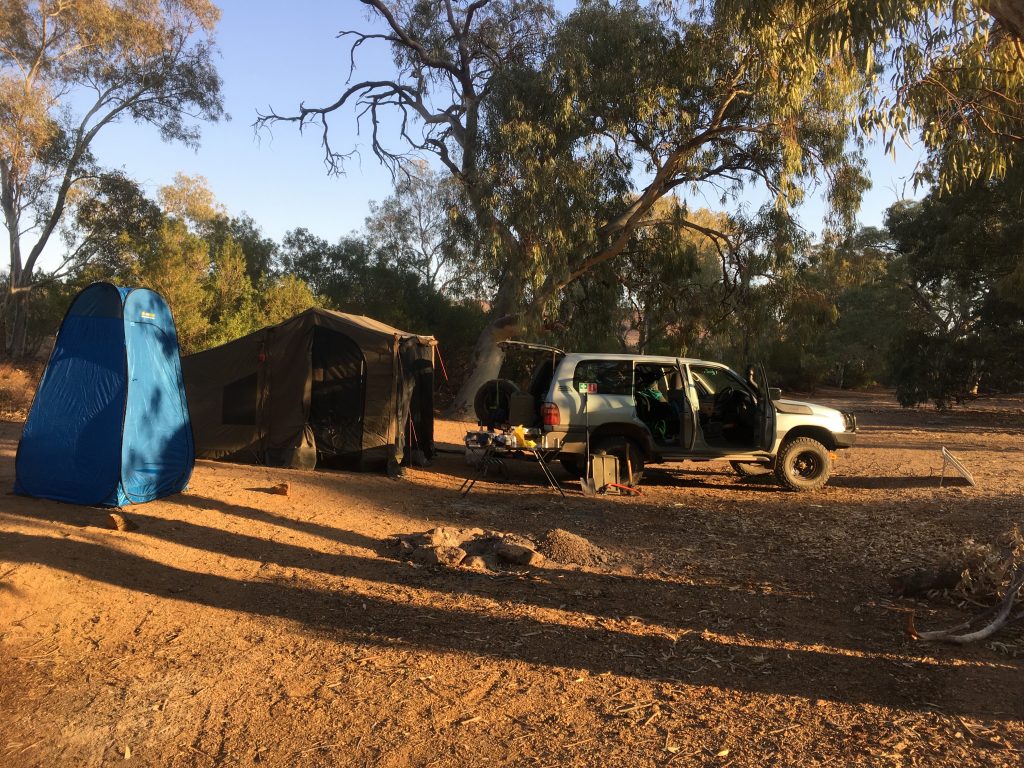 Shower tent, is just a cheapy as the shower itself is a new addition. In the trip we did last year we felt this was the main thing we were lacking for being able to camp comfortably in the bush for longer periods. Our friends in the US managed to source us one and send it over, as this model is not readily available here. 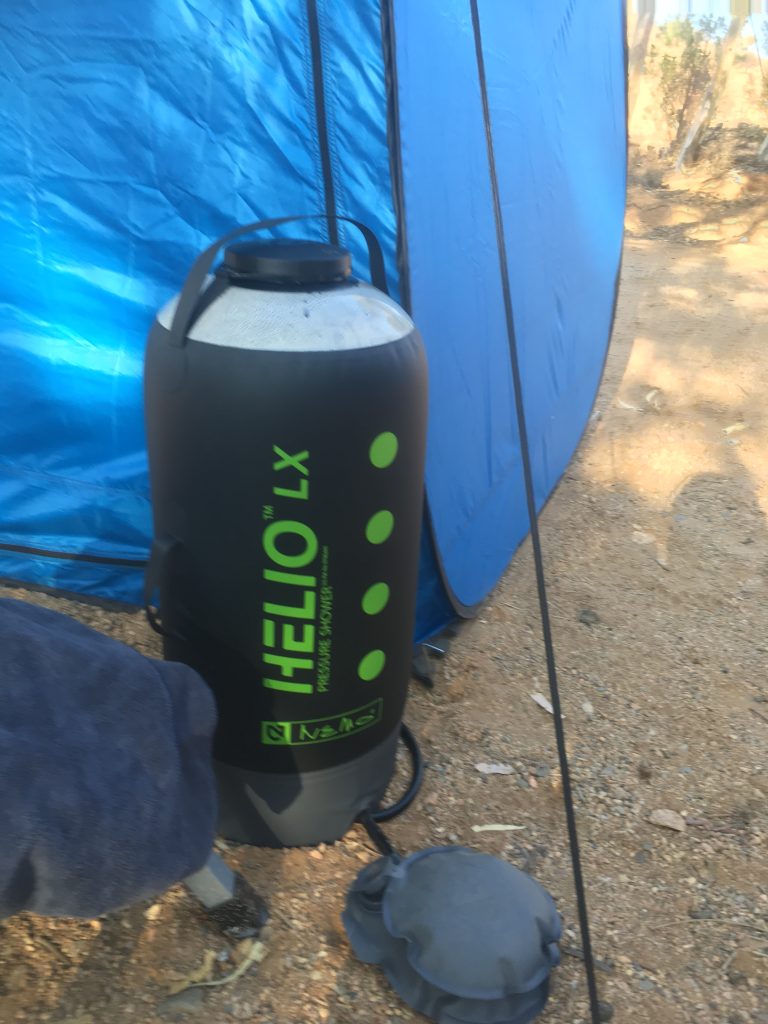 Thanks to these guys.

Anyway, so we both took our first shower in the bush and it was great. We spent the day chilling out. I climbed up the hill, took some wildlife photos and gathered some dead wood to make a fire. 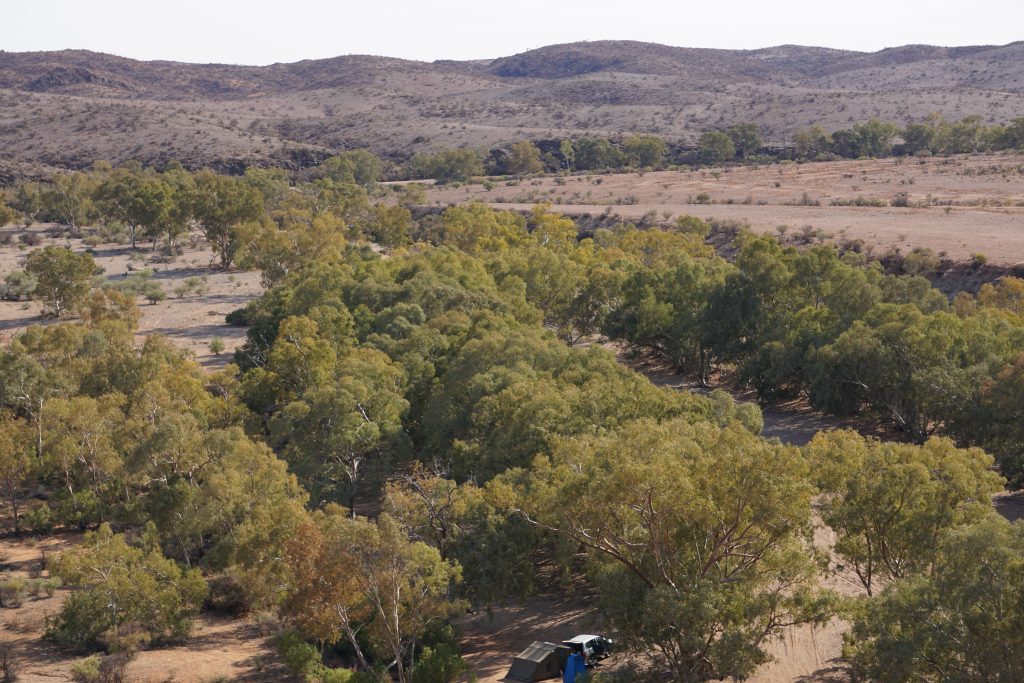 I tried a few times to sneak up on the kangaroos at the waterhole, with mixed results… 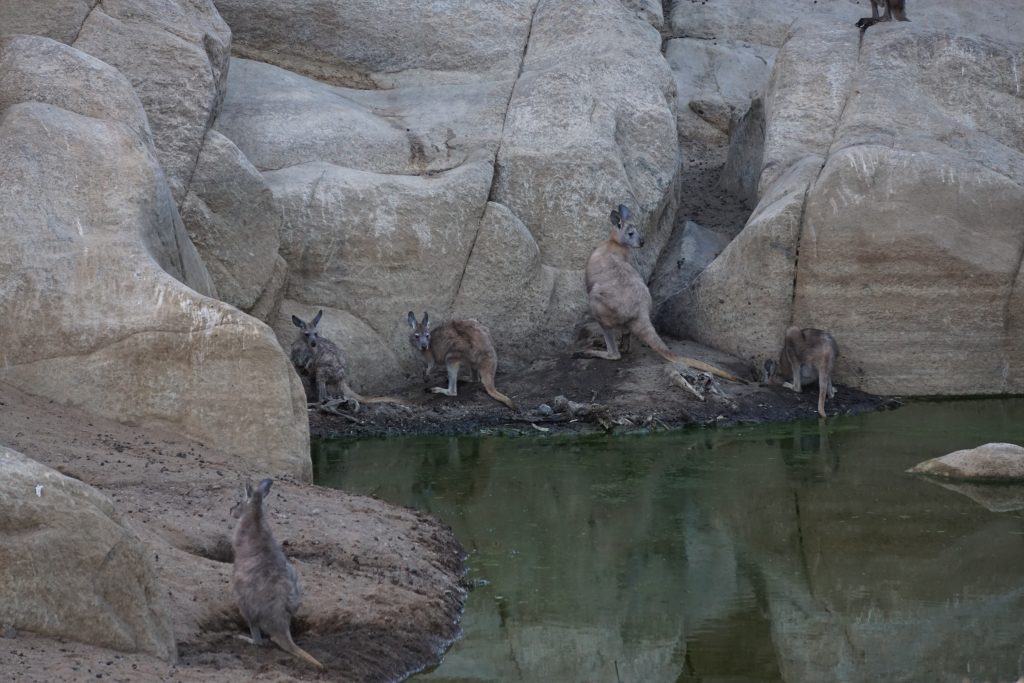 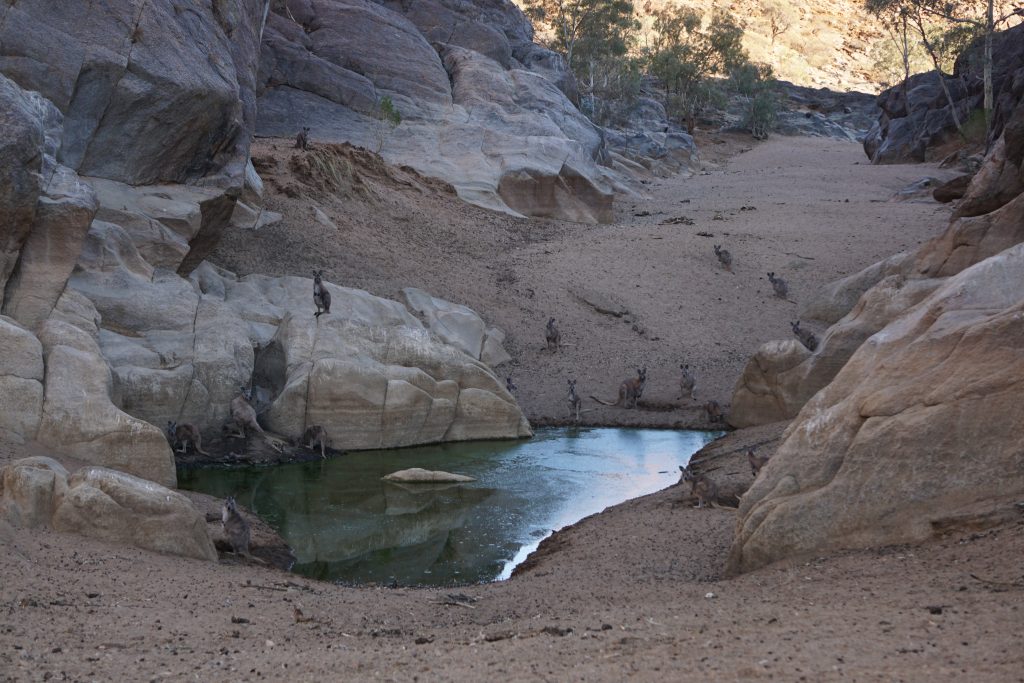 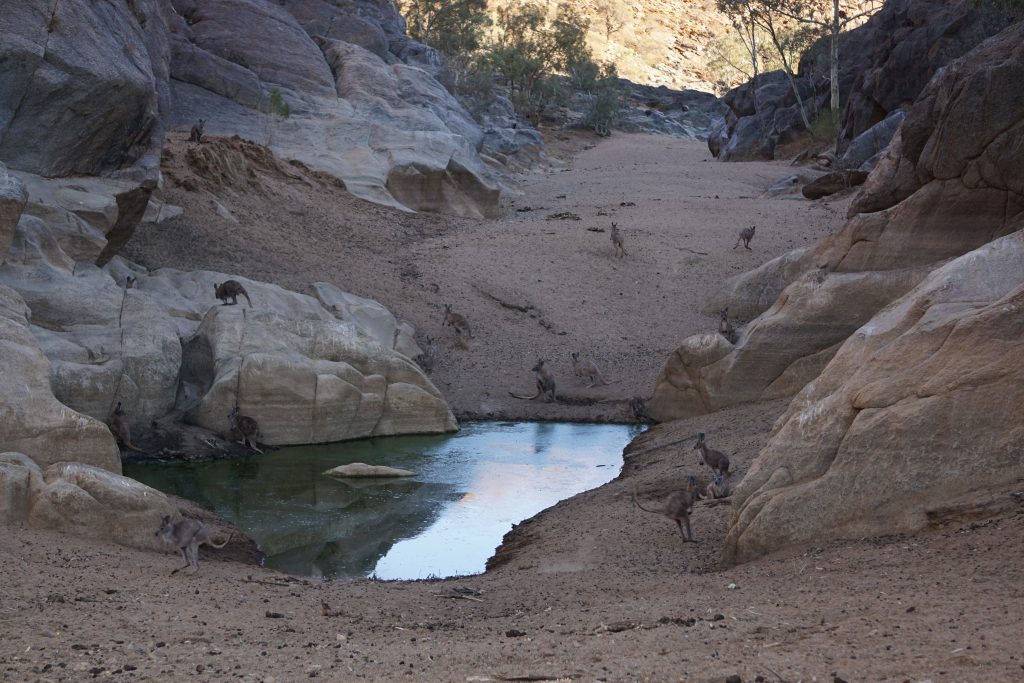 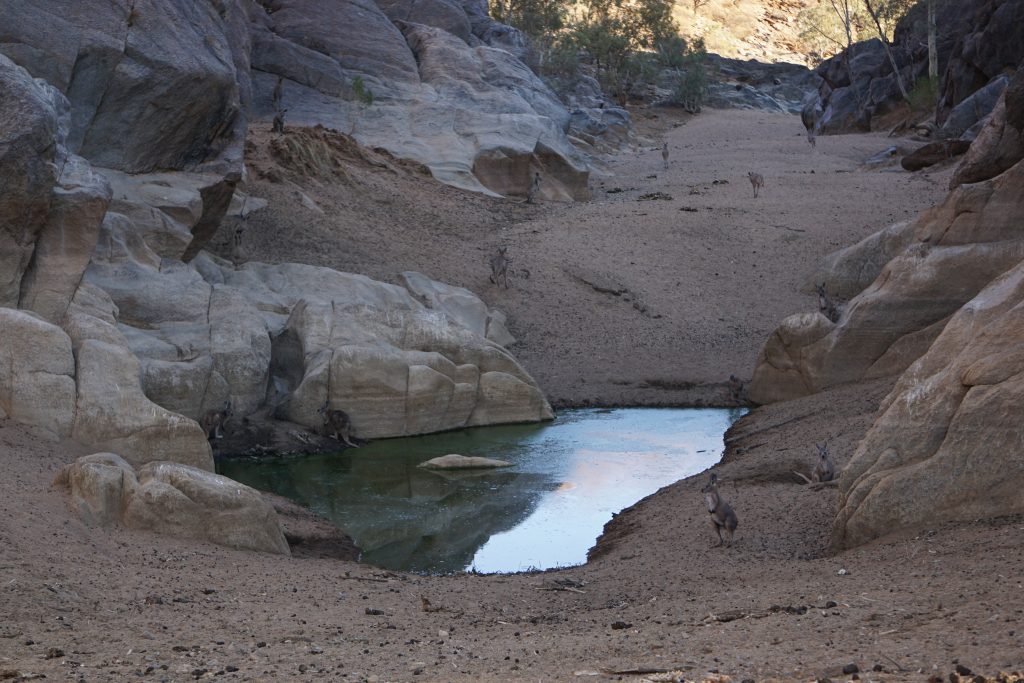 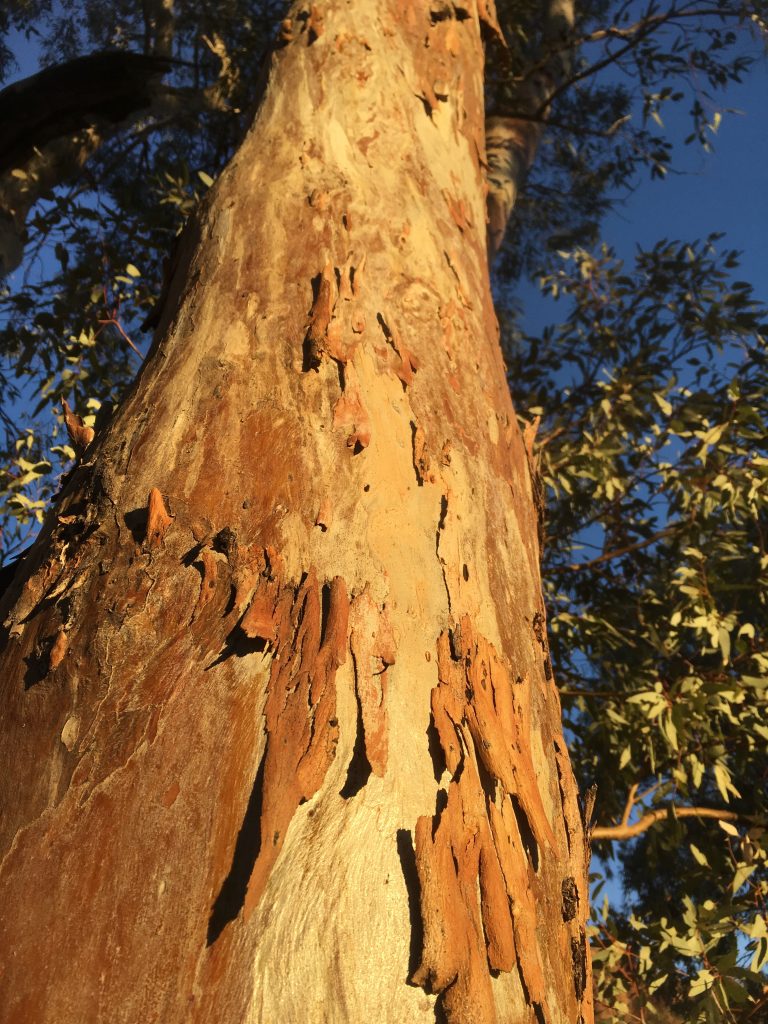 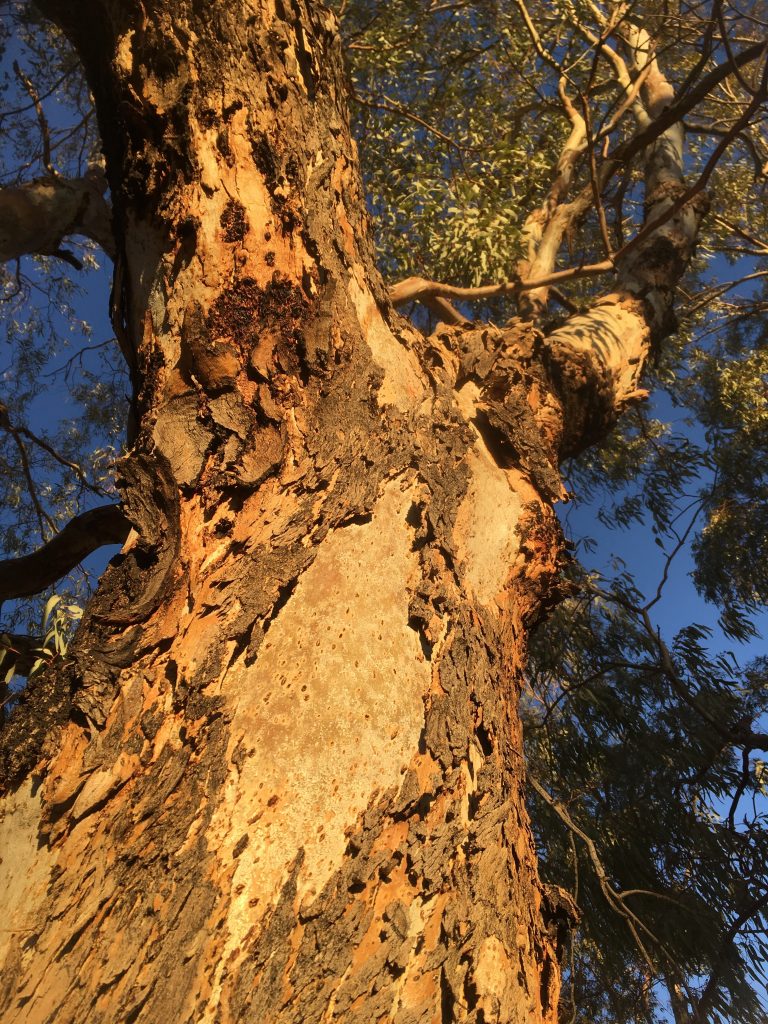 That night we had marinated pork (thanks Aldi! again) cooked again over coals. Delicious, it was. 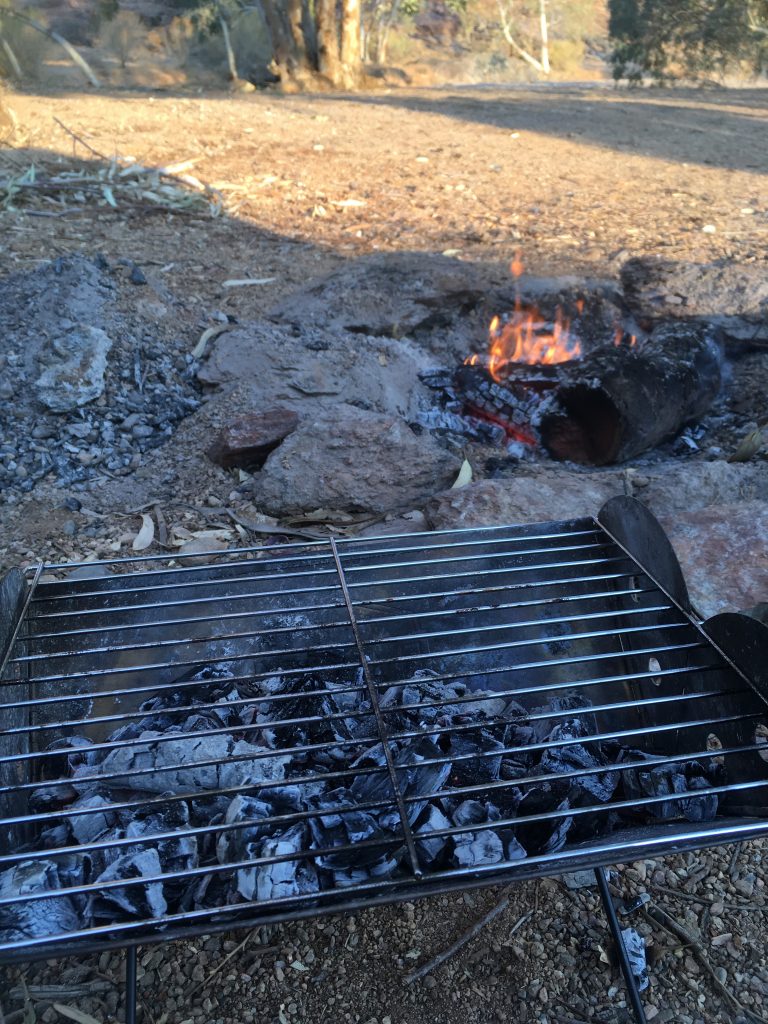 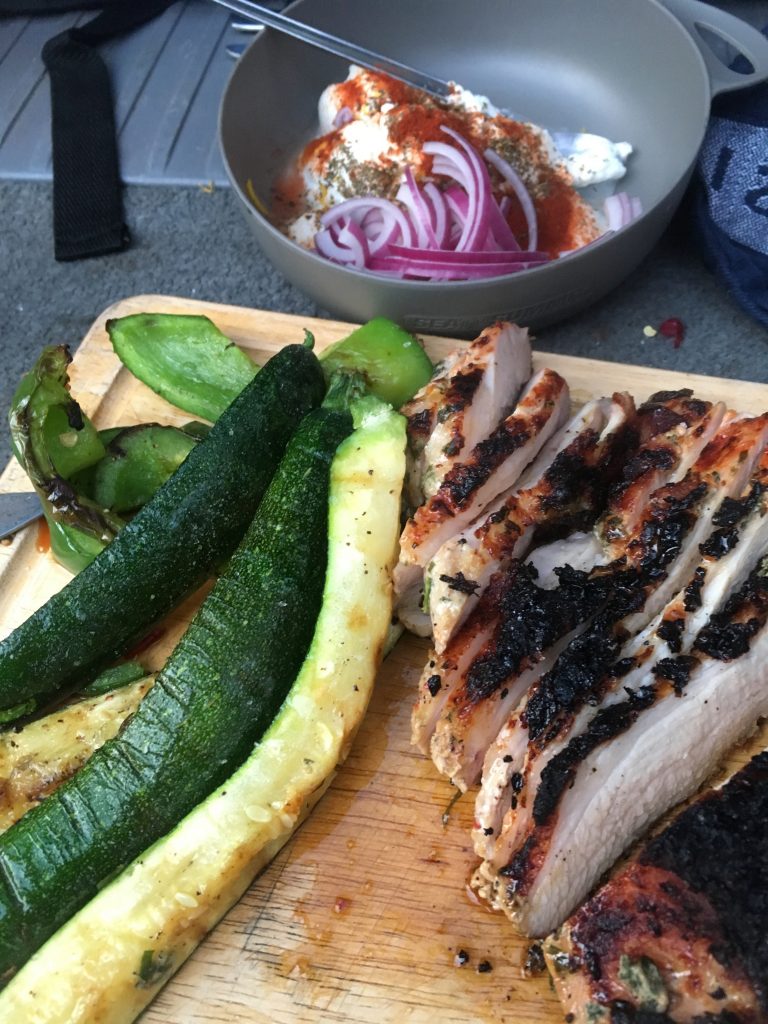 With the next day it was time to move on. The track out was slow going, maybe averaging 30km/h for the first hour, as it wound its way through the arid, harsh, yet beautiful country. 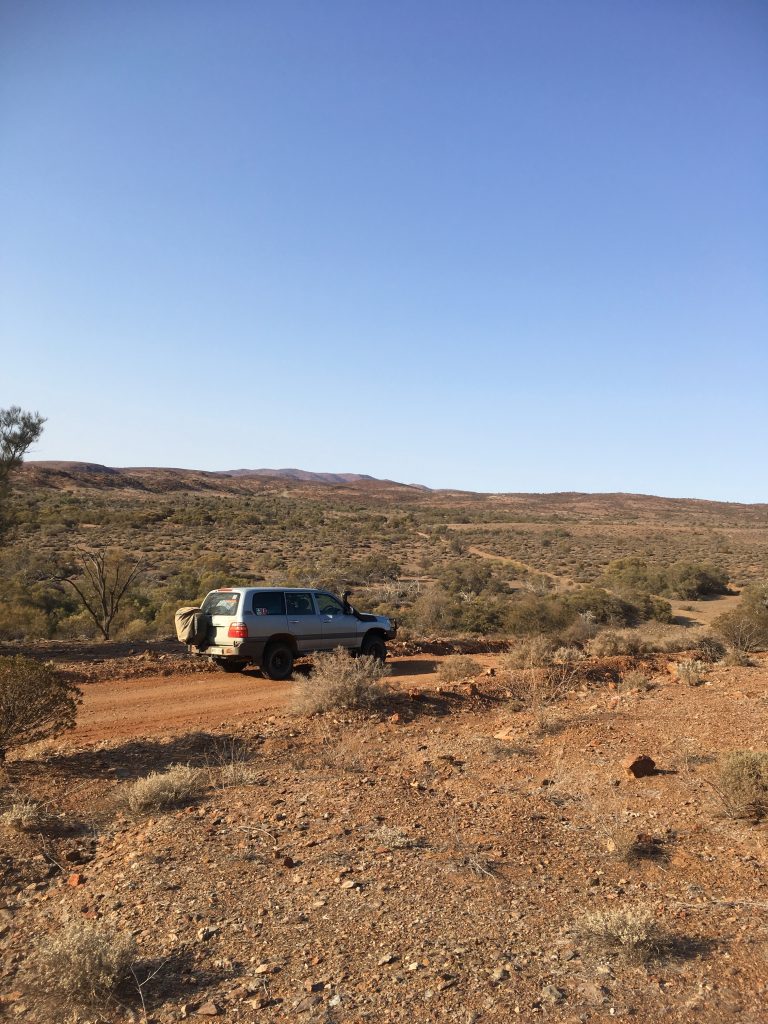 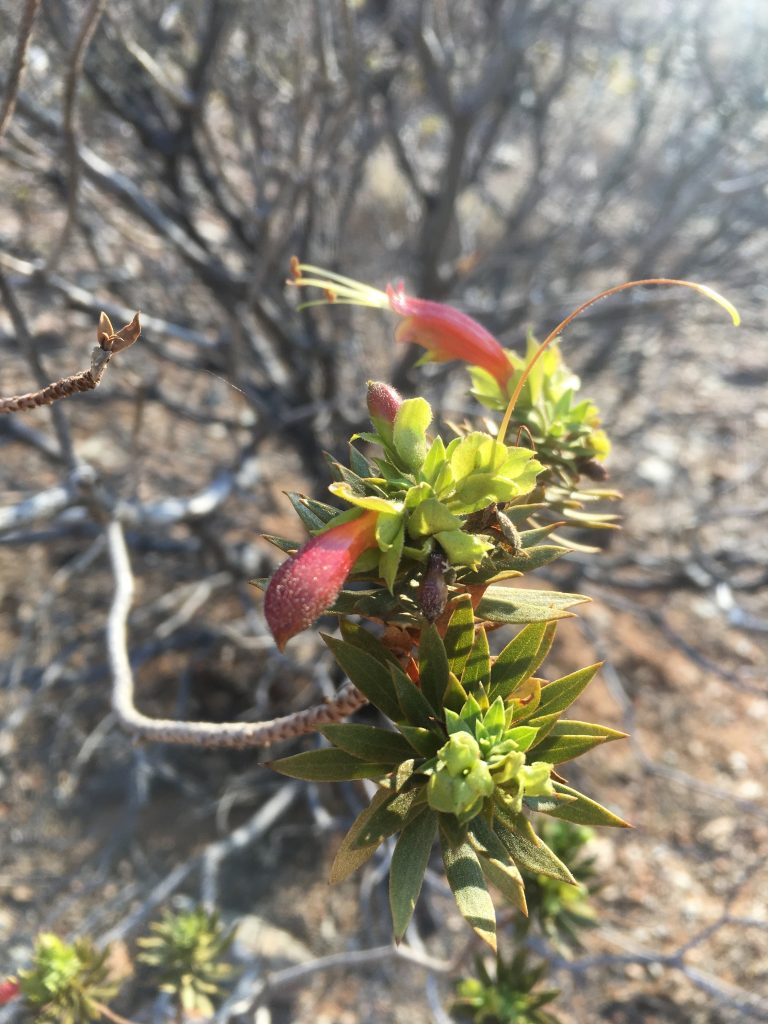 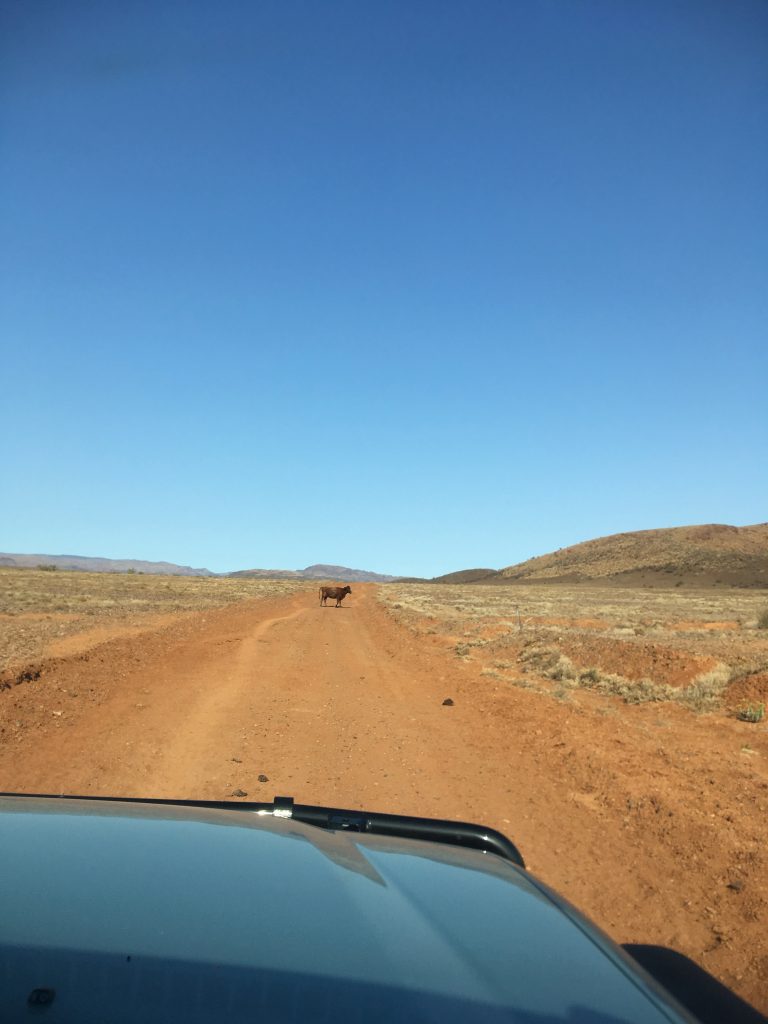 We passed by these ruins. 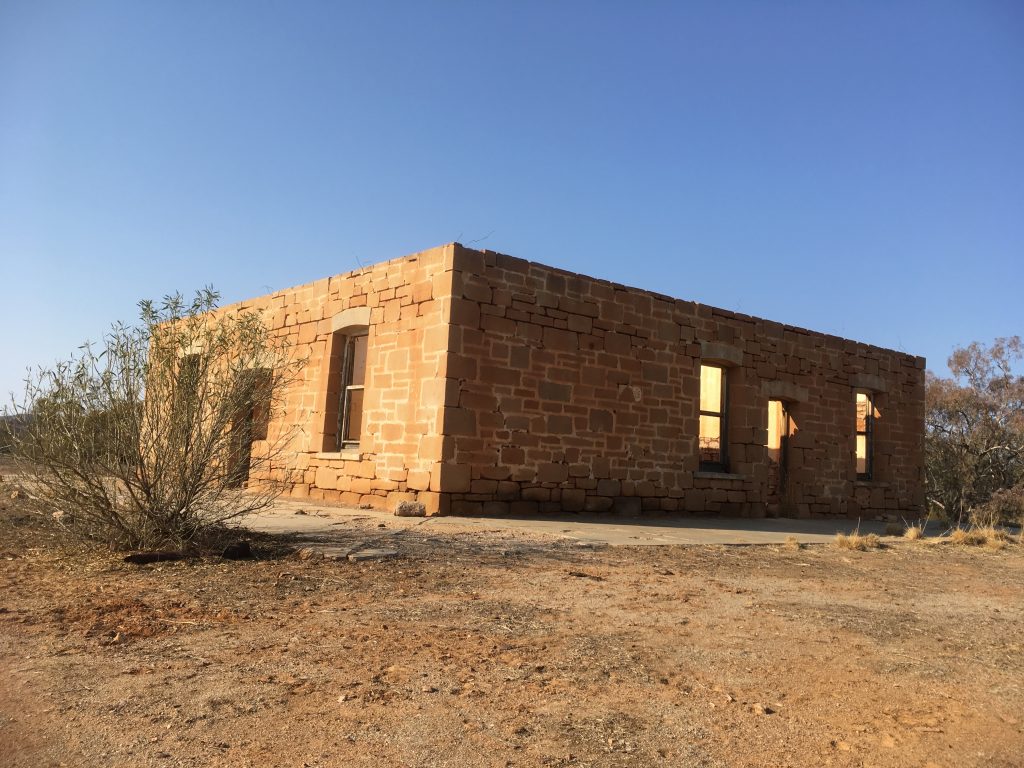 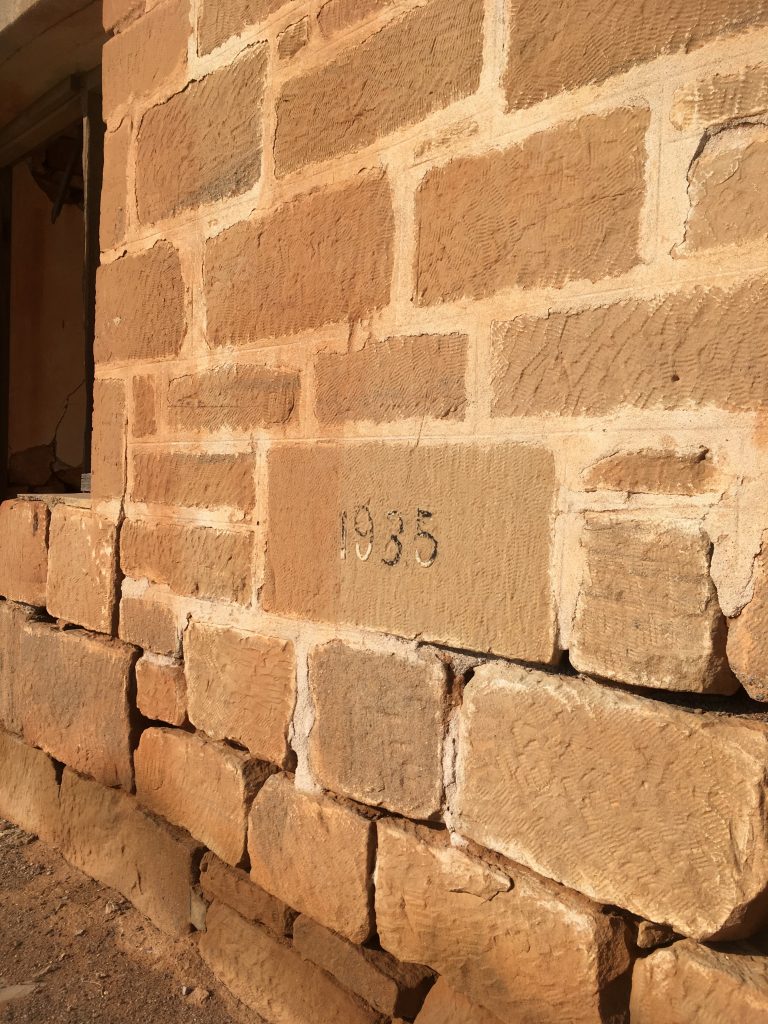 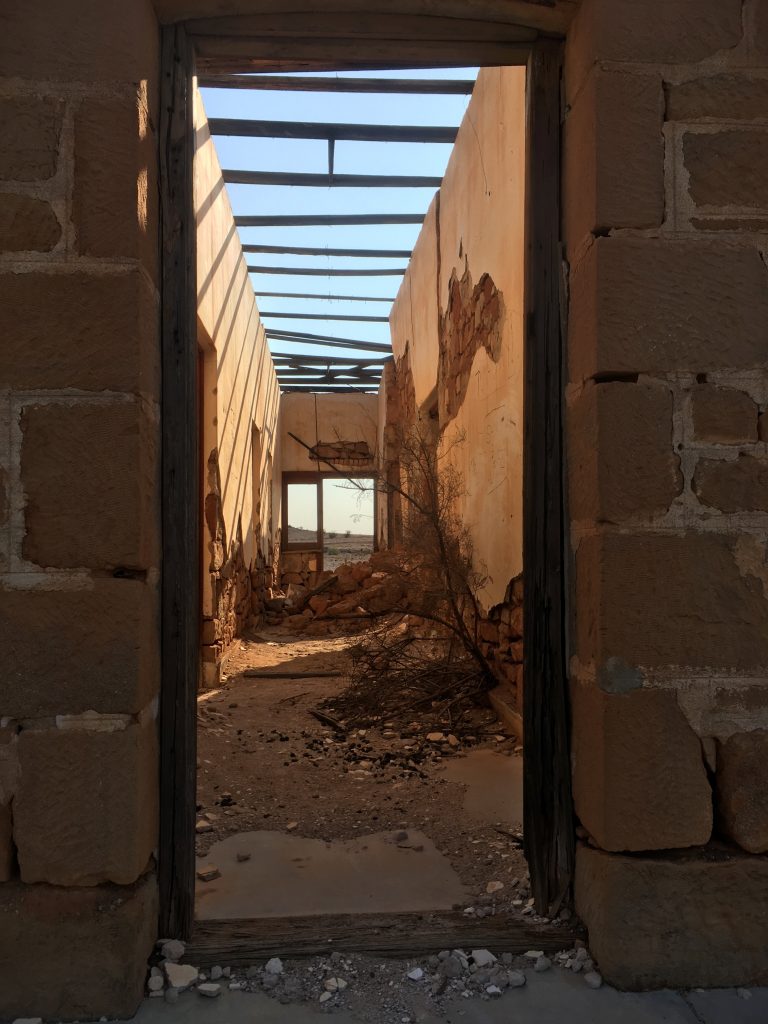 Eventually the road became more of a main dirt road (at the point where the road to the Talc Mine joins, no coincidence) and so we picked up the pace, joining the end of the Strzelecki Track. Rejoining ‘civilisation’ at Lyndhurst. Now, these Outback country ‘towns’ can be a bit of pot luck. They can all look the same on the map, same size, level of services, etc. However in reality, some are, whilst maybe not exactly a bustling metropolis, at least a going concern. Lyndhurst was one of the other ones, barely any sign of life and despite advertising ‘7 day a week fuel’ the fuel station was definitely shut, didn’t look like it had been open in the last 7 days either. No matter, this is the beauty of the long range tanks, and also filling up where you can if in doubt. We still had plenty of fuel, we would just punch on to Marree, and see what the next town had to offer.

Plenty as it turned out, also a pub, that served lunches and it was lunch time. Sweet! 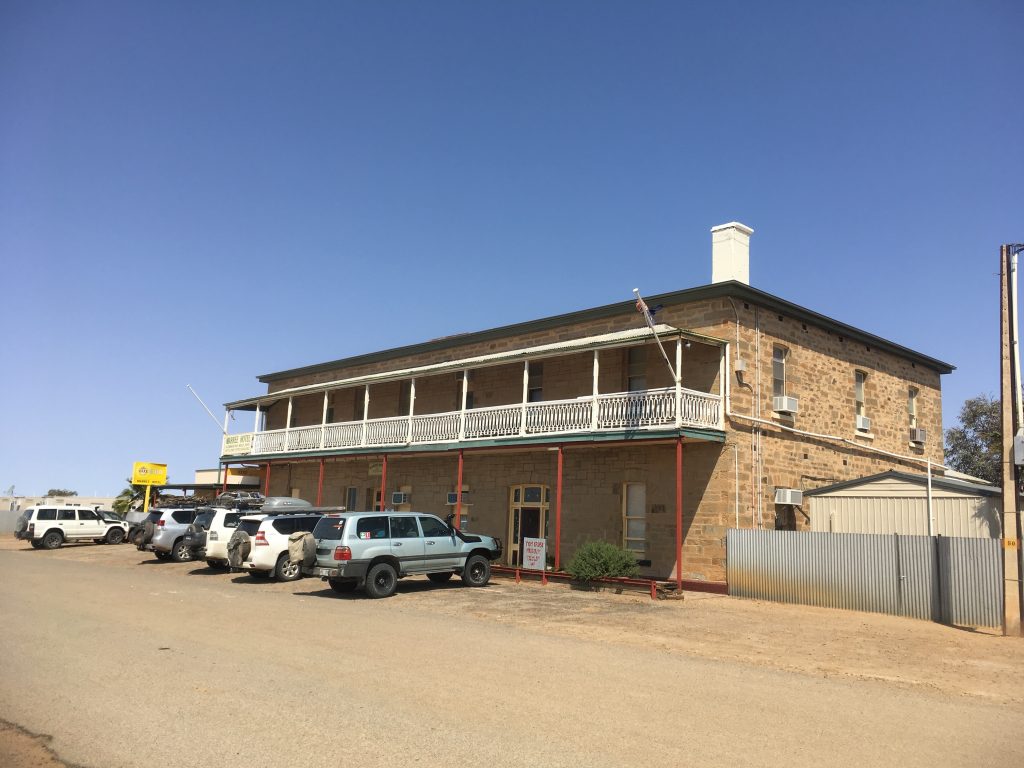 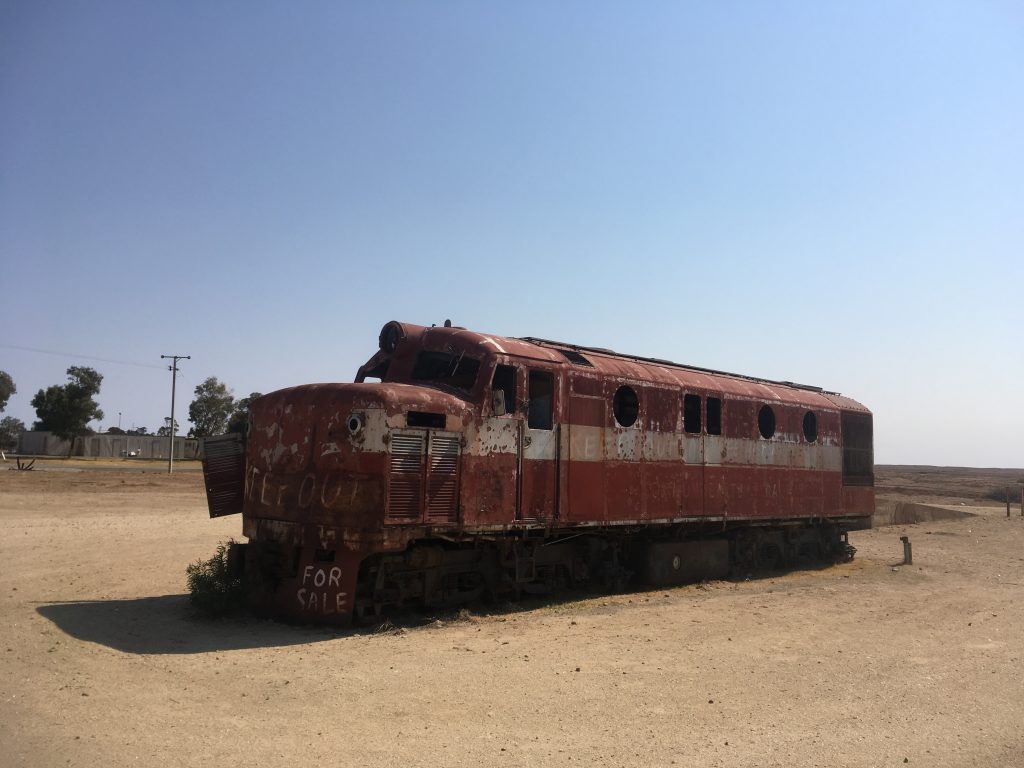 Always nice to have a meal cooked by someone else. Plus we also had phone and internet service for the first time in 5 days (thanks Optus! and to think I almost cashed out for Telstra with their totally uncompetitive plans because they have ‘the best’ coverage. National provider? What a joke… /rant – again, I’m getting old). So we spent out lunch doing boring and less boring ‘normal life’ stuff, then stocked and fuelled up at the store and pushed on. We were now on the Oodnadatta Track, on of SA’s famous Outback roads.