Firstly, what worked well (and what didn’t) during those couple of weeks?

Roof-net. So simple, yet one of those ones you wonder how you ever managed before. Pillows, jackets, small dogs, maps, all sorts went up there.

Solar panels. Worth the expense and pain-in-the-arse folded dimensions. As you can basically forget about power concerns when camped, for any period of time. Flat battery when you come to leave? That’s ok, just hook up the solar for a few hours. Be careful when choosing though, ours will run the fridge all day long no worries, but hook up say a laptop for charging and the battery gets drained real fast.

UCO fire pit. I loved the design and quality materials of this, it made fire cooking a much more regular option. It is designed for backpacking, I just wish they would make a slightly bigger one for car camping. It was only just big enough for cooking for two people and if it was say, 50% bigger you could move the coals/food around better – I should email them this rather than just writing it here hey…? 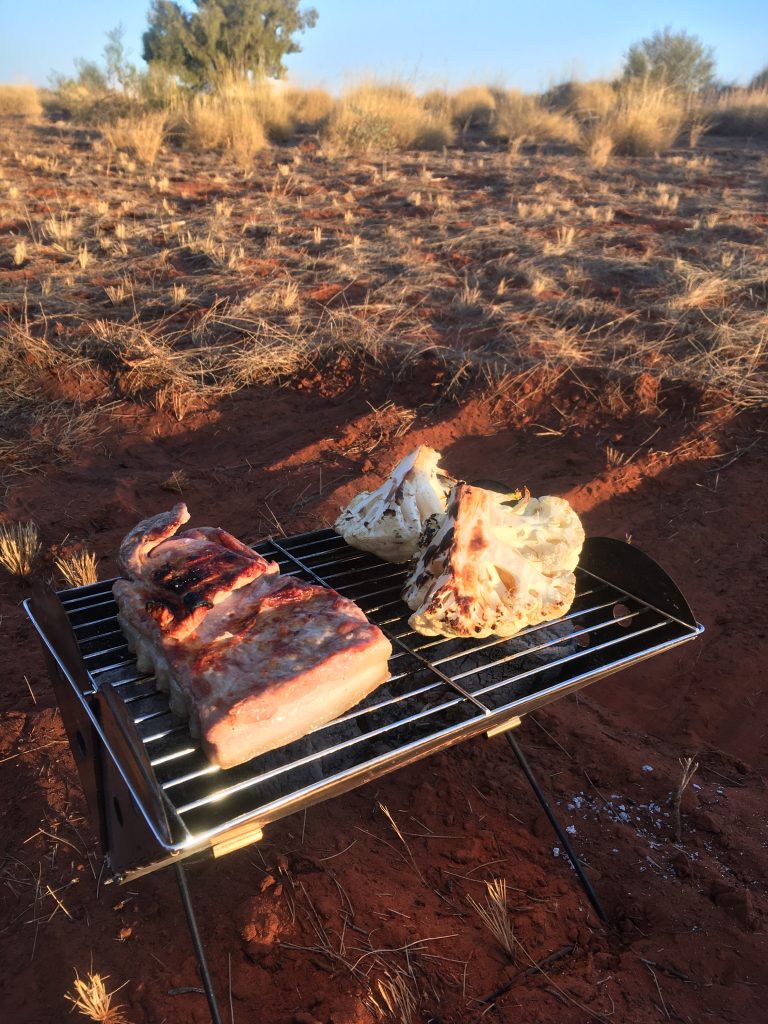 TyreDog TPMS. After about 2500km one of the rear wheel sensors would only read 0-psi, triggering the alarm (which is barely audible), and flattening the back up batteries in no time. Also some funny temp readings – one tyre 25psi hotter than the others, yet no difference in temperature to the touch. I’ve bought a new wheel sensor and changed the position of display, we’ll see how it goes, but not impressed so far. 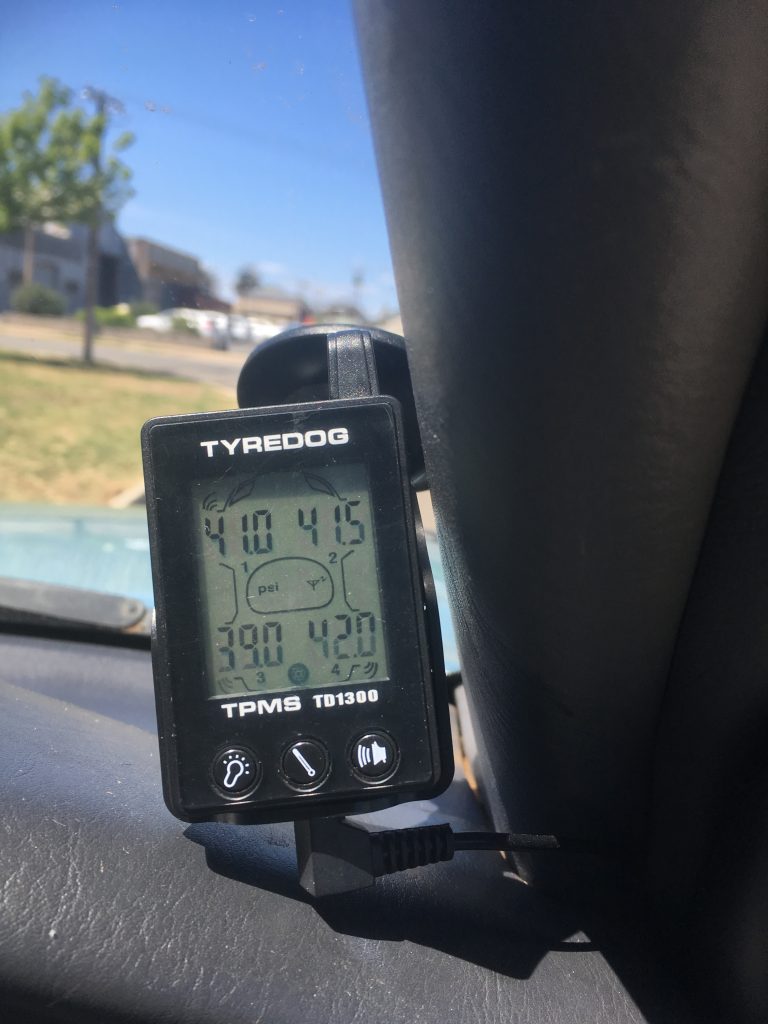 I guess you have to accept that there is no such thing as a perfect set up, and even if there was, you’d soon be tinkering with it again.

So, despite many months of specific preparation before heading to the Red Centre, and really the last few years getting the rig ready for extended touring. We had a few enforced weeks at home, so tinkering was done.

First order of business was to attend to that broken exhaust bracket, good to see the genuine Toyota replacement was actually strengthened through where it had broken previously, I mean the last one only lasted 17 years (I love this). 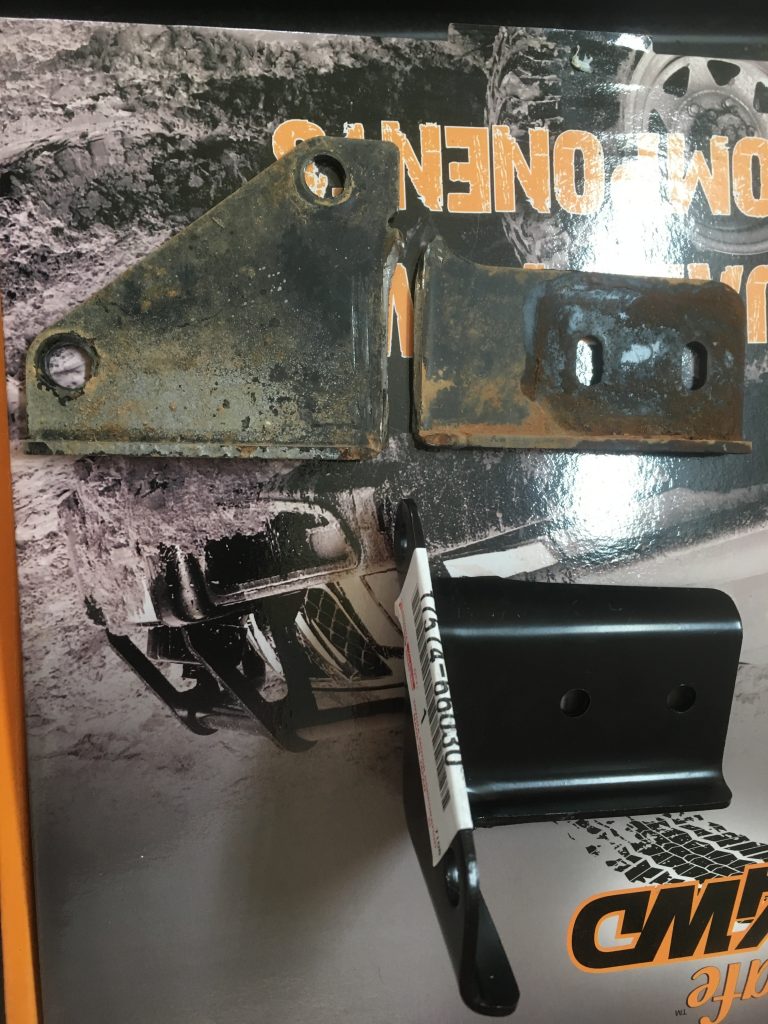 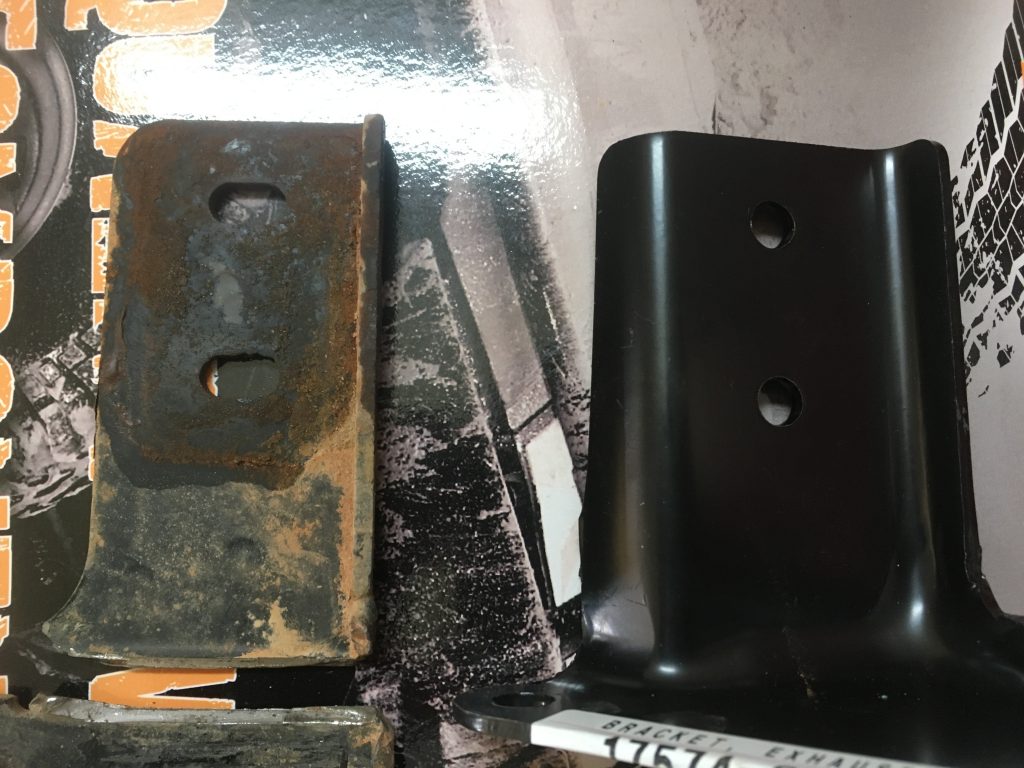 We were undernourished in a couple of departments on this trip, especially as there were BIG stretches of nothing especially stimulating. Books and music. Both were fixed up at the Vinnies Op Shop in Alice Springs, with a good selection of books bought and a few CD’s to play through the period Toyota stereo. This did as a temporary solution but highlighted the fact that to play music from our phones meant seperate speakers, more wires and USB ports taken up.

I had some good quality stereo gear from my old Mondeo that I ripped out before taking it to the wrecker, that I always thought I could transfer to the Cruiser. There would never be a better time. So it seemed we may as well tick a few extra boxes while at it, so a new head unit allows us to connect our devices, install a reverse camera (as there is no rear vision with the Cruiser fully loaded) and generally tidy up the cabin – something that extended to the centre console and glovebox, both got emptied and just put back what we used day to day – I mean do you really need to access your service history on a regular basis? 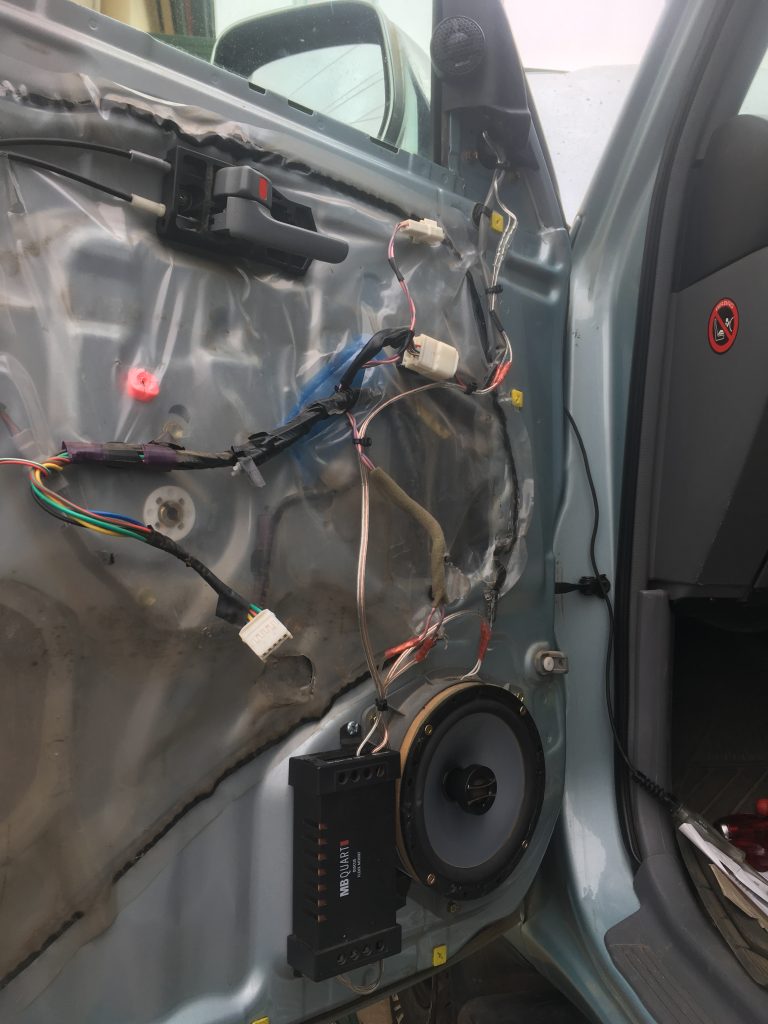 A couple of lights had given up the ghost, during this trip. An indicator in the front bar and a rear light in the rear bar. I enquired with both ARB (front) and Kaymar (rear) if they did LED conversion kits, just for reliability over halogen bulbs. Kaymar did. The chap at ARB said no, but helpfully advised me that their new bars come with LED lights. Thanks, champ.

I changed the bulb in the front, but still no joy. I traced the wiring back to the culprit…

Rewired, the front was now sorted. I then turned my attention to the installing the LED kit in the rear. 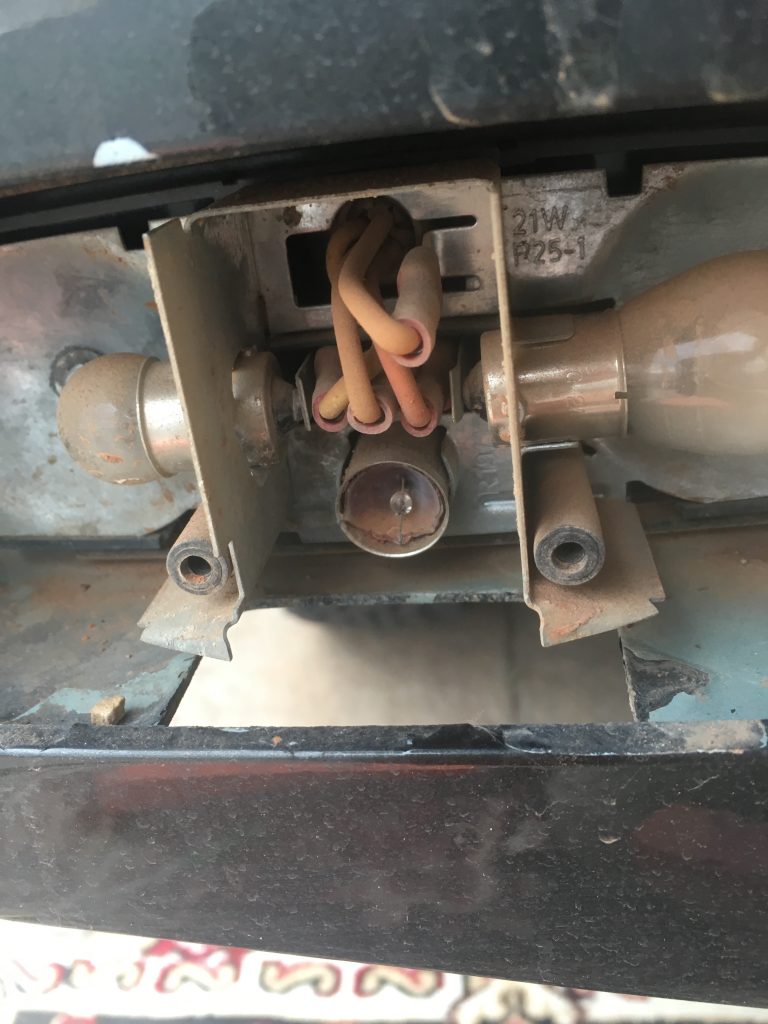 That’s the best fitting light you could find Kaymar?

One of the hinges on our Oz Tent was looking a bit loose. 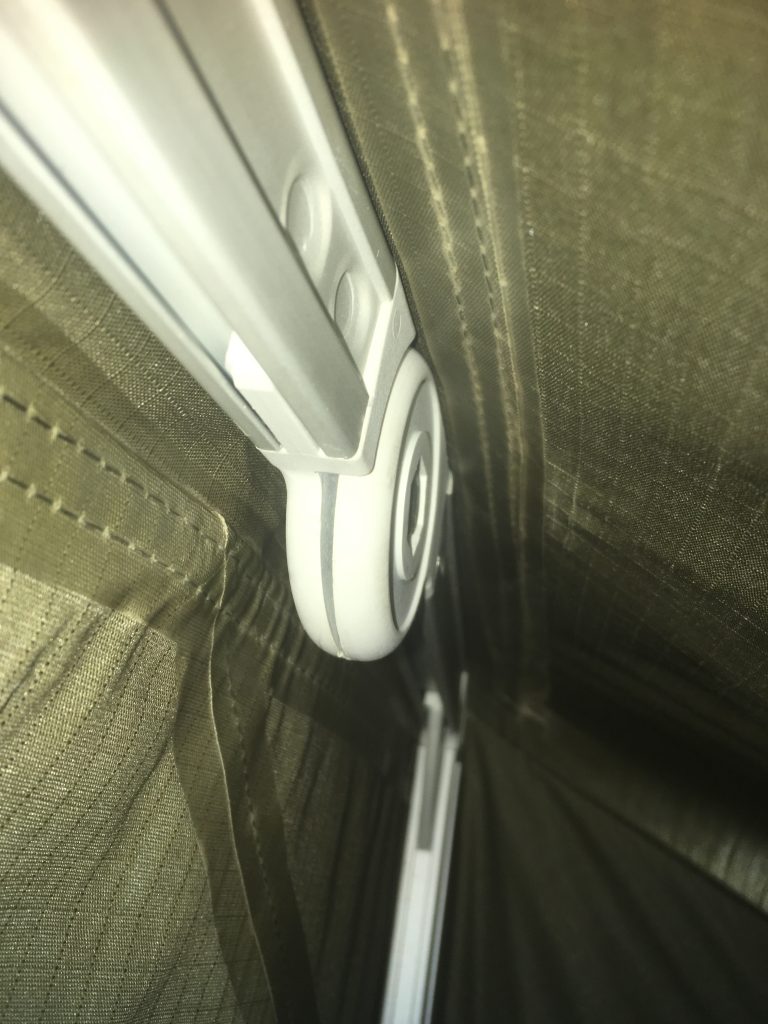 Oz Tent supply all manner of spares, but as this part is pressed in I couldn’t see how you change it. I called them to enquire and they assured me that you just take the frame out of the tent and simply tap it out with a screwdriver. Not convinced I tried it, and low and behold it didn’t want to budge, hardly surprising when the aluminium extrusion is pressed into it, anyway an hour or so of generally butchering the frame, just hoping I didn’t split the aluminium I got the old one out, new one in and made a reasonable job of clamping it back up and cleaning up the worst of the nicks and dents. Next time I’ll just turn up at Oz Tent and get them to give me a demonstration of just ‘tapping it out with a screwdriver’…

Last but not least was new suspension for the 105.

I went with RidePro, after being recommended it by a Pro.

Said Pro also helped me fit it (well, he let me do a few things to make me feel better, but in reality it would have just been quicker to let him get on with it!), took about an hour, including getting the truck on and off the hoist. Amazing what experience, hoist and air tools can save you. 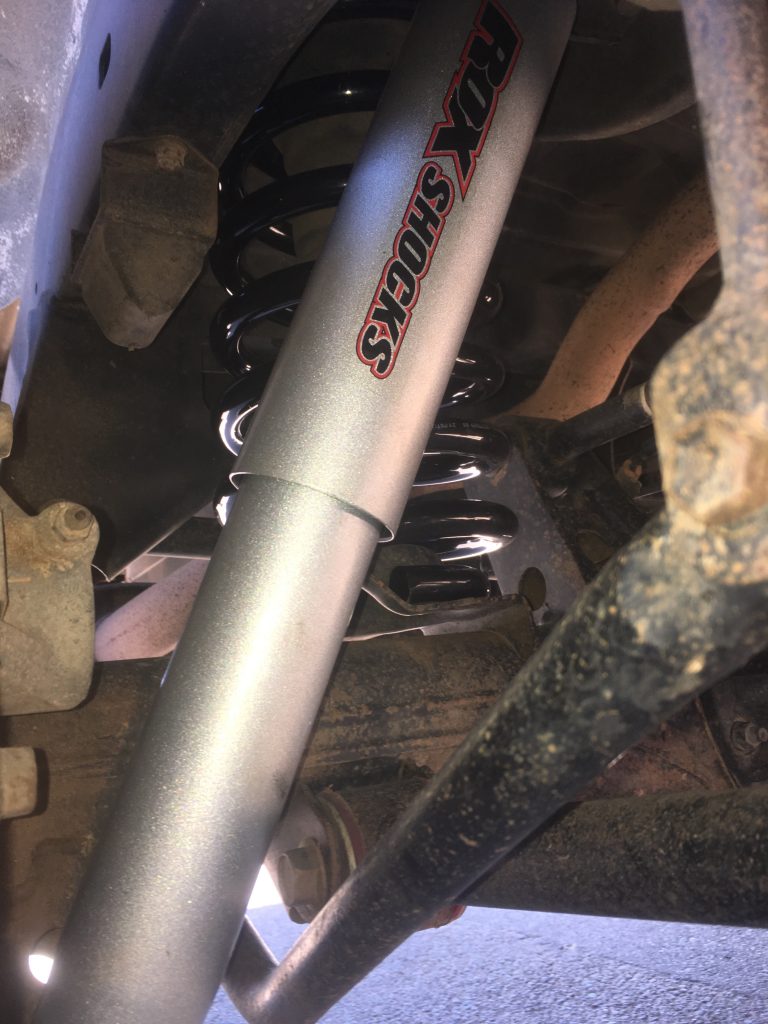 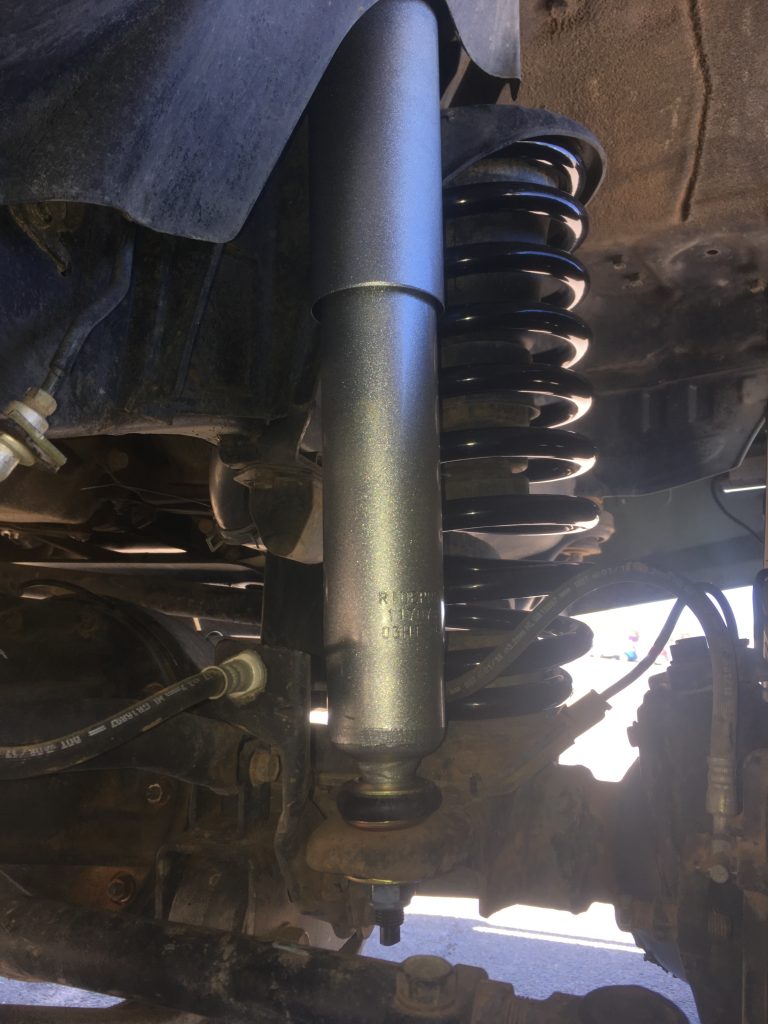 The old shocks are now strapped to the chassis either side as spares. 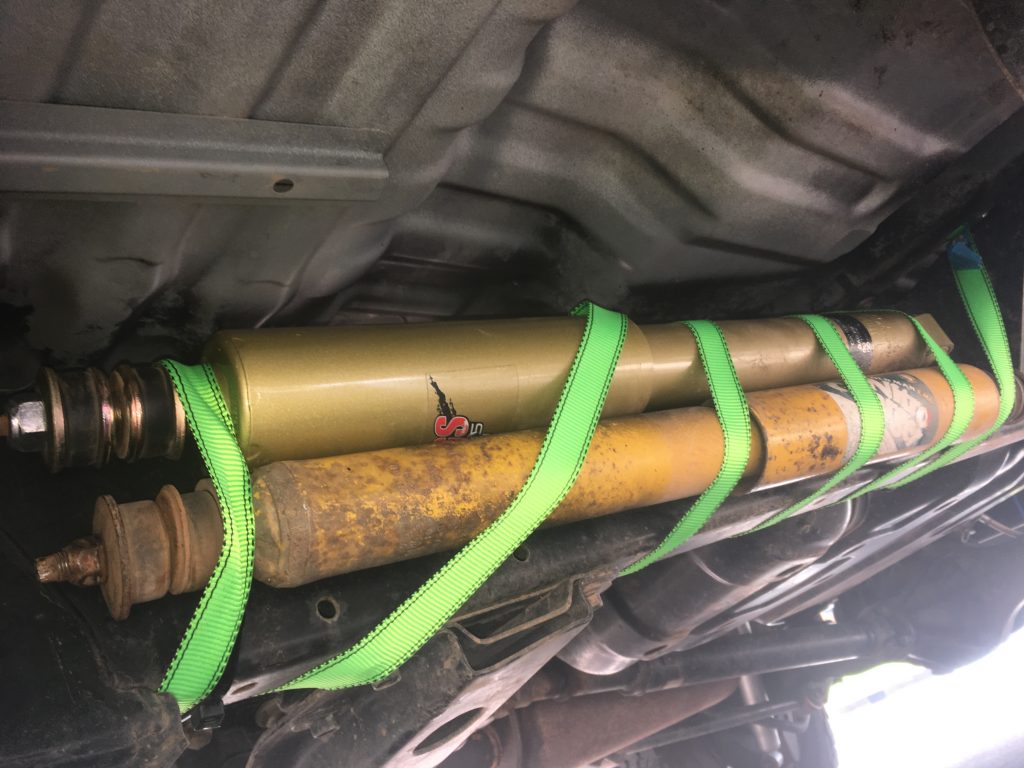 Still pondering the 1HD-FTE (diesel) conversion. Ashley (the Pro) initially said don’t bother, it’s not worth it, just buy a 100 Series. Then when we did the suspension he said maybe it would be worth it, the truck is in good condition, has the good mods, and if you were going to keep it…

All the alternatives – 100 series, Troopy, Patrol, all come with their own pros and cons. Which he acknowledged. Anyway, it is all theoretical at the moment. Time to do some touring miles to mull that one over. 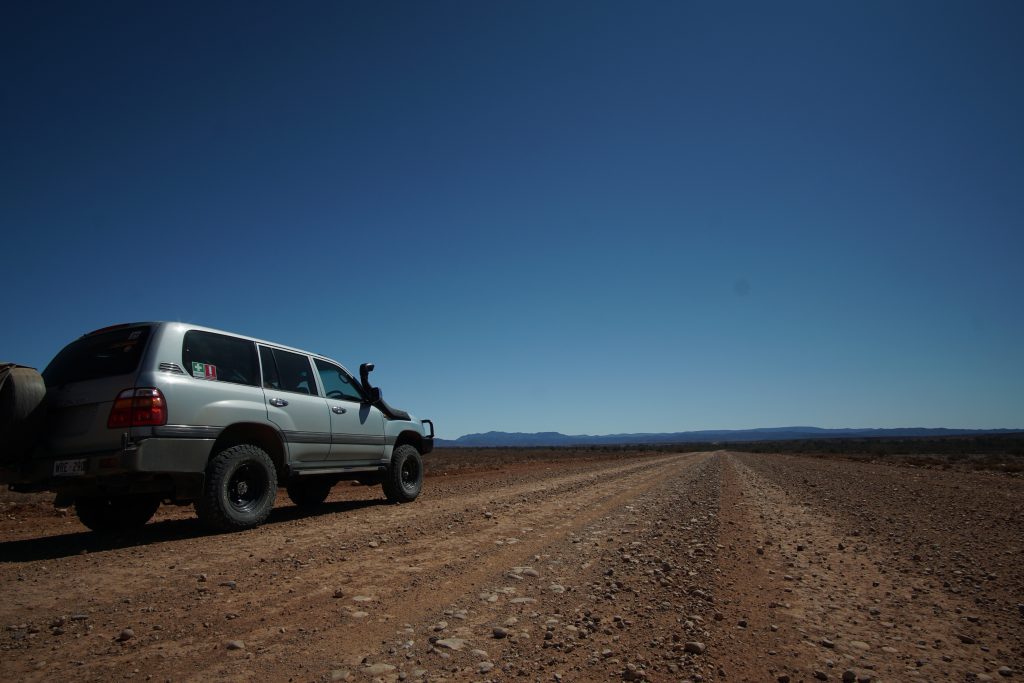