AWOL Around Australia… The Sapphire Coast

Although the next morning was clearer, and gave us some indication of the pace of life on a Monday on the Sapphire Coast. 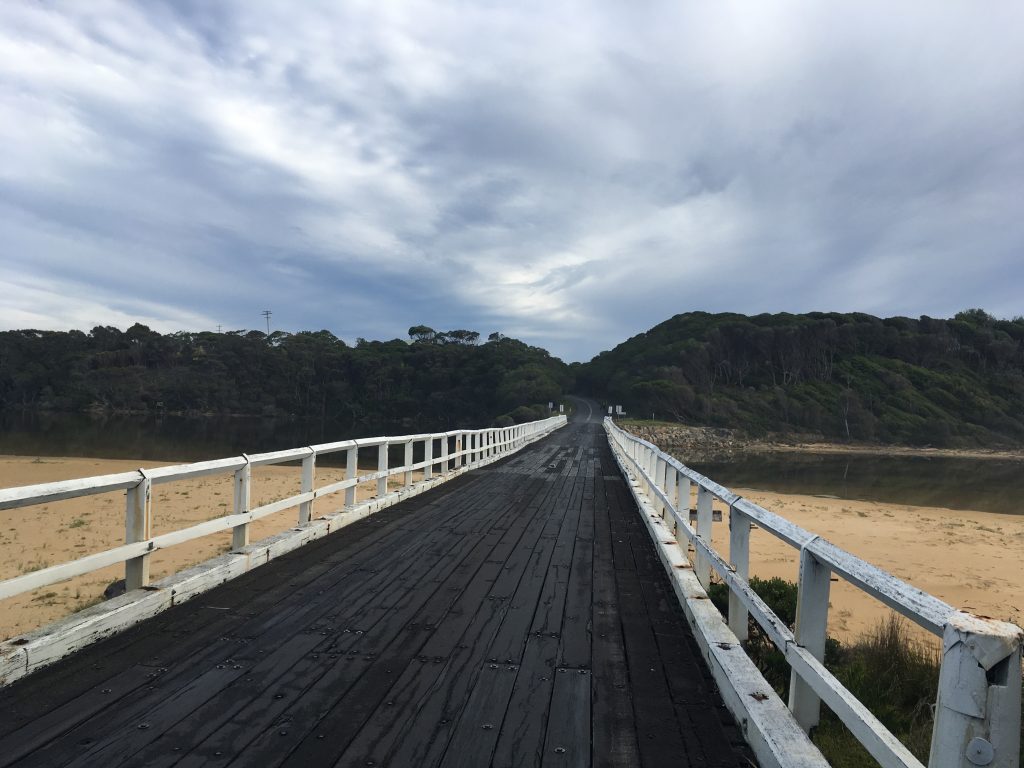 We followed the coast road down to Eden. I had wanted to come here ever since reading ‘Killers of Eden’ years ago, back in the UK. 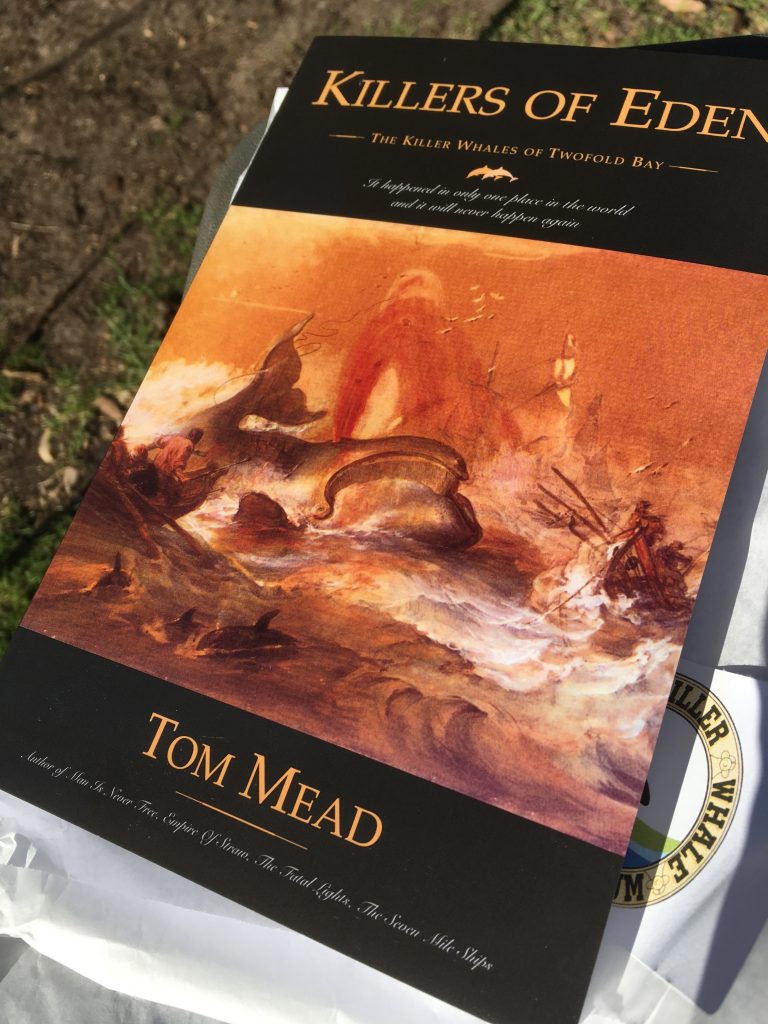 This book tells the tale of the unique symbiotic relationship that used to exist between the killer whales and long boat whalers of Eden about a century ago. The killer whales would heard other whales into Two Fold Bay (a deep natural harbour) and then alert the whalers on the shore. The whalers would then mount their long boats and finish the whale off. Leaving the carcass for the killer whales to take the lips and tongue, then the could retrieve the remains of the carcass for the valuable blubber and whale bone.

In Eden there is an excellent museum with lots of information about these times, and other general history of the area. Included is the skeleton of ‘Old Tom’ the ringleader of the killer whales. Once he died the killer whales never came back and whaling ceased on this part of the coast. 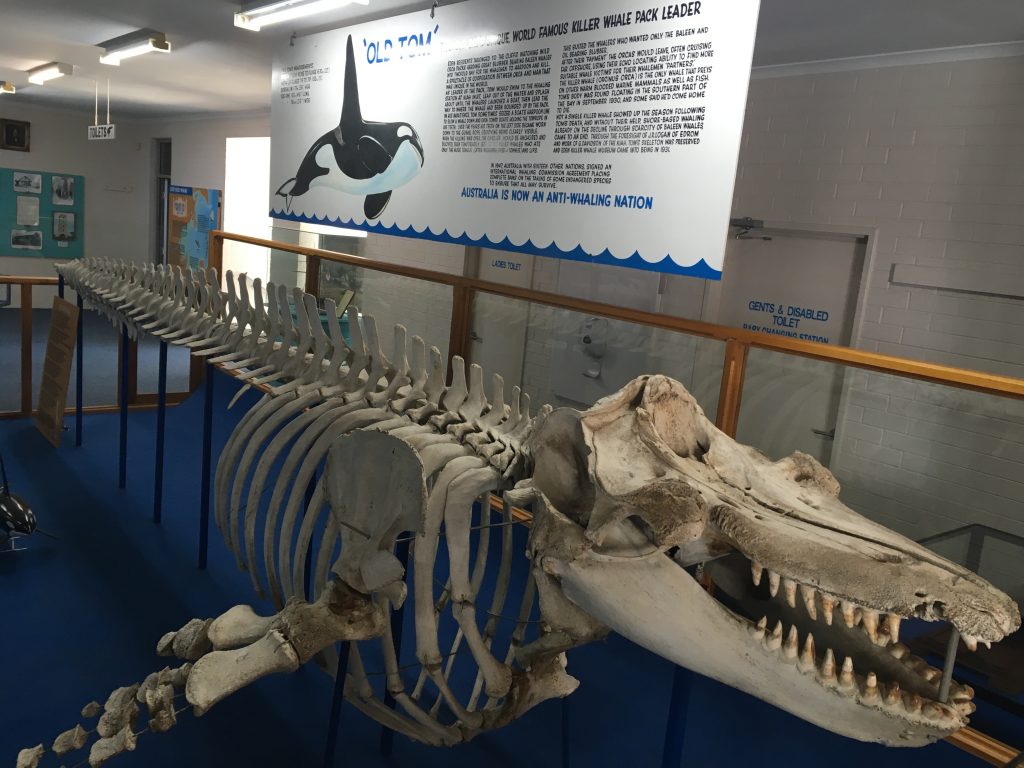 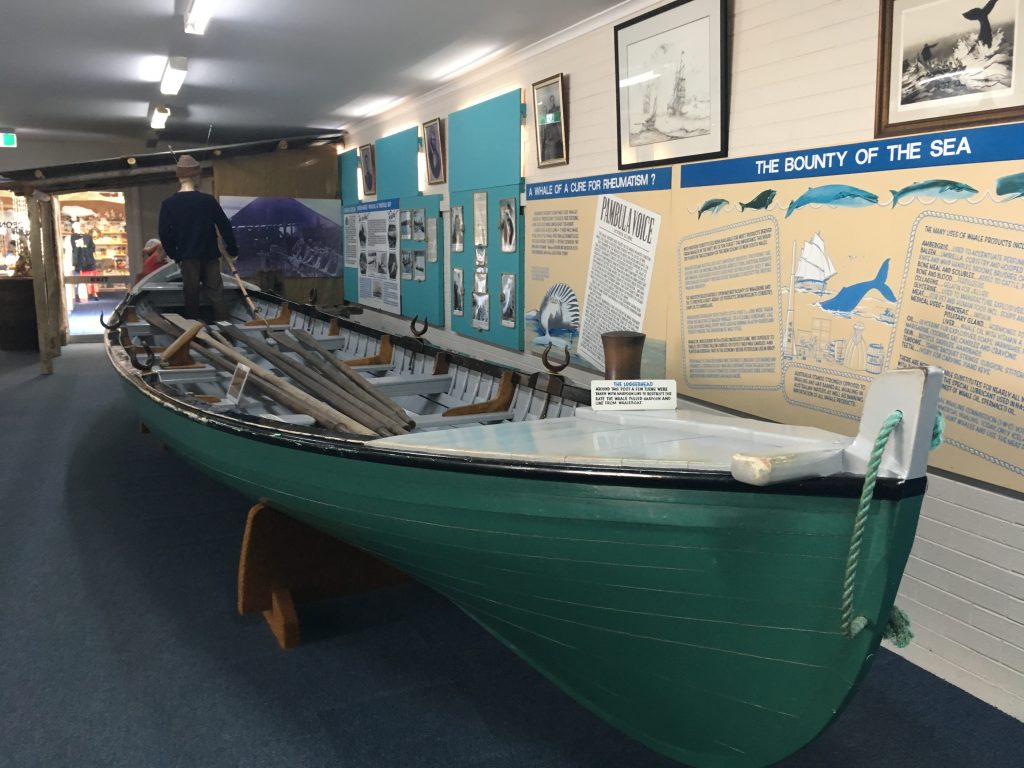 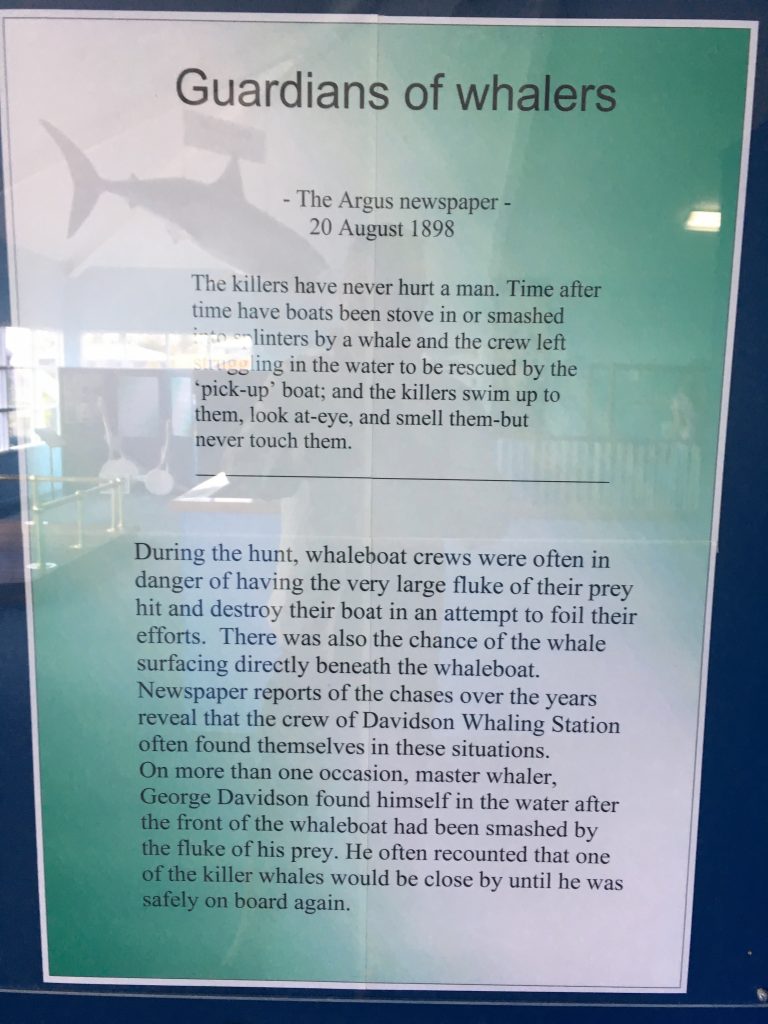 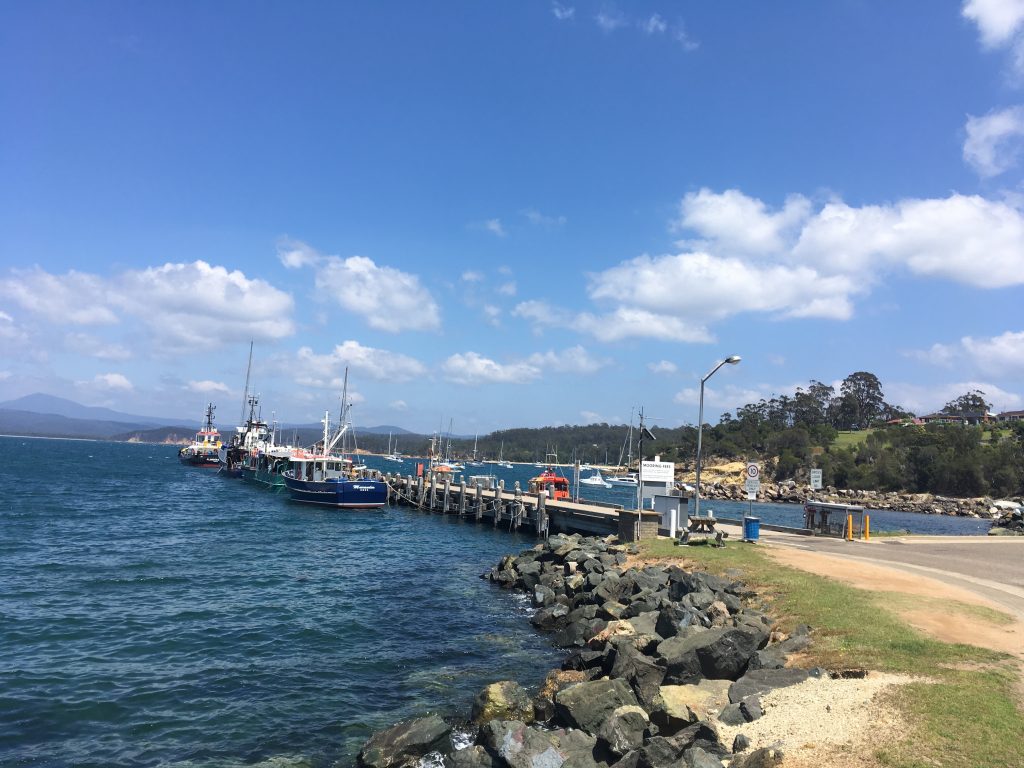 We found this riverside campsite not far outside the town. Again the weather was predicting storms, so we got the tent set in case they did eventuate. Then I cooked up some of the fresh seafood we had got from the markets on our way out on Canberra. 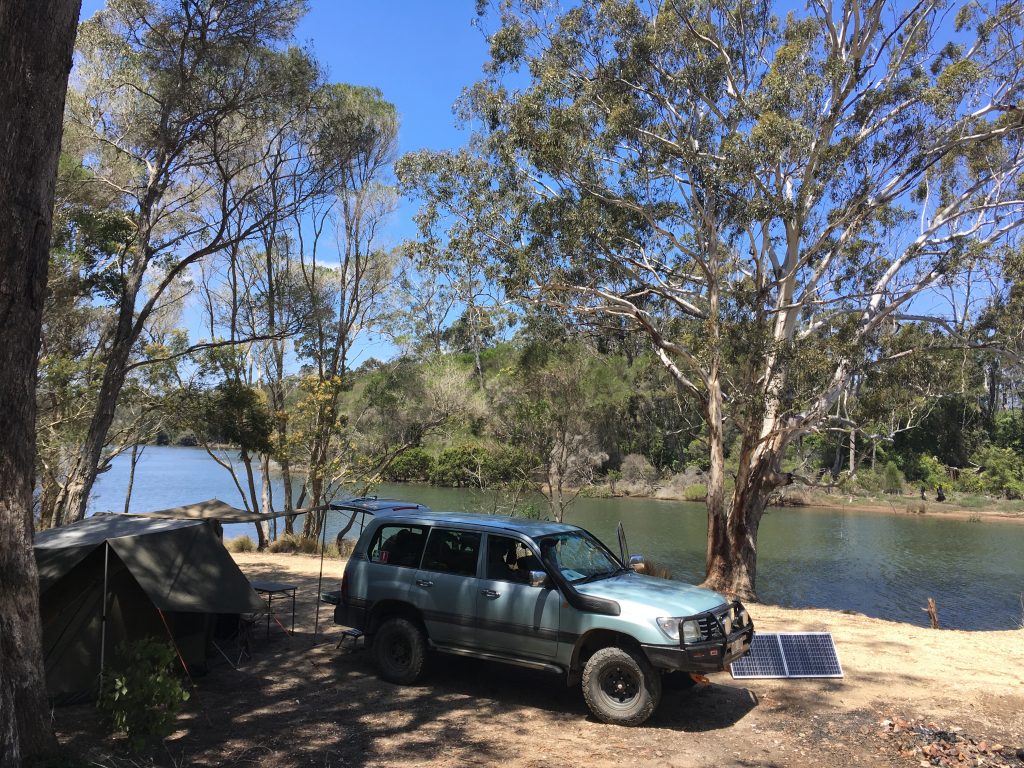 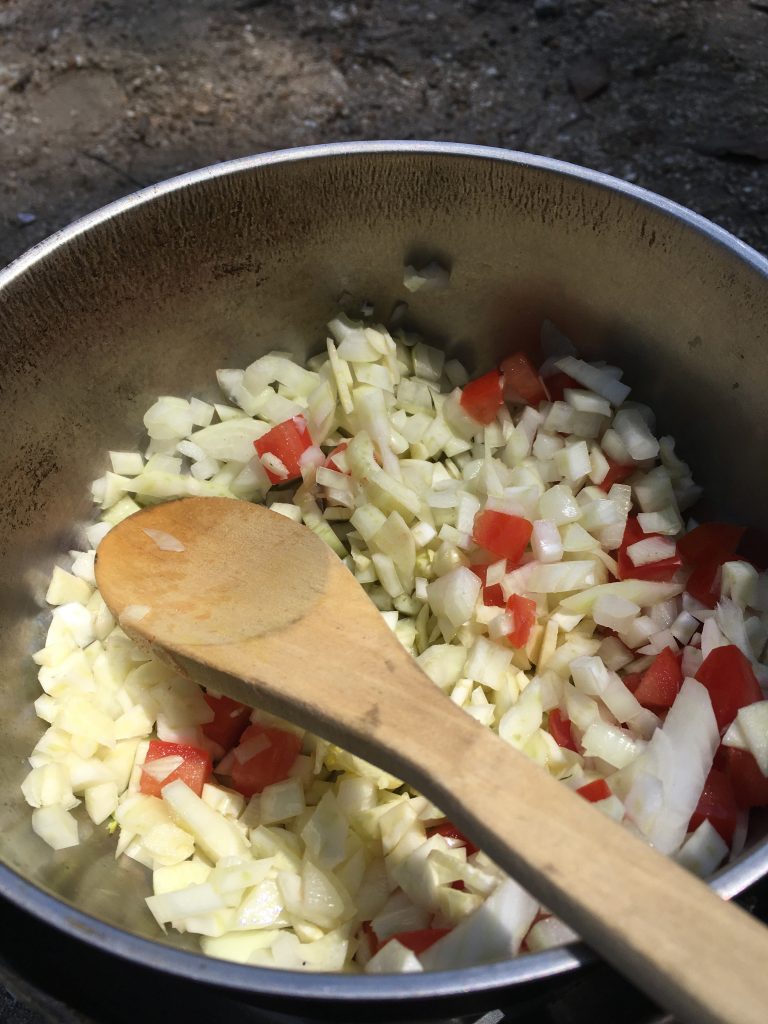 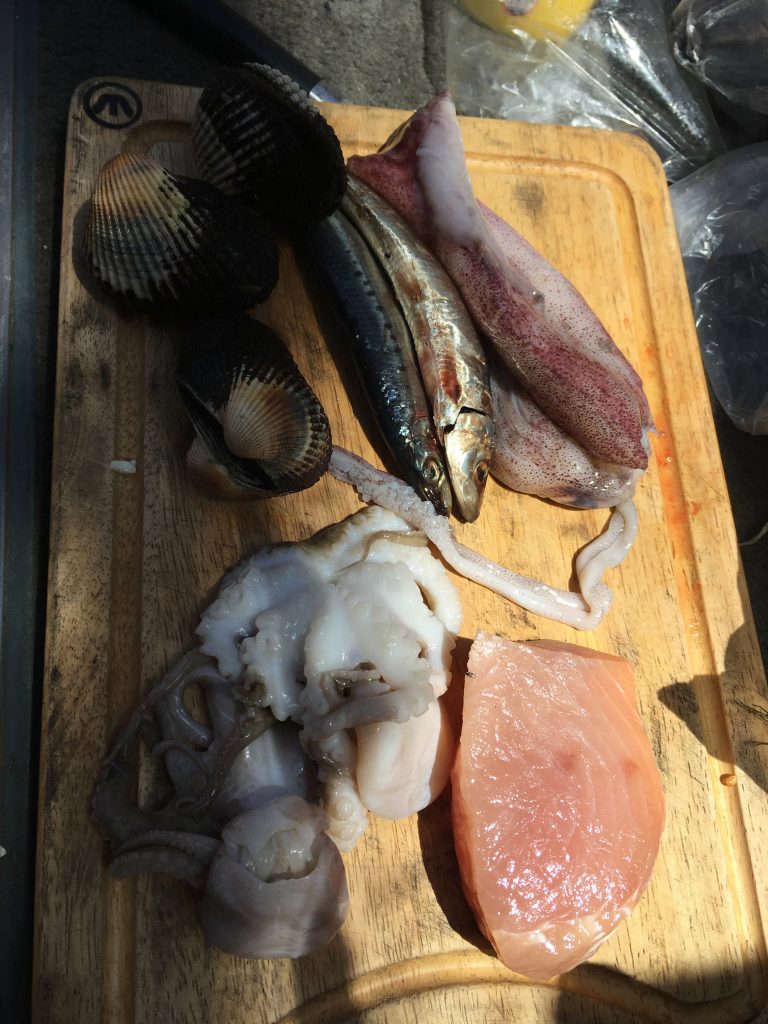 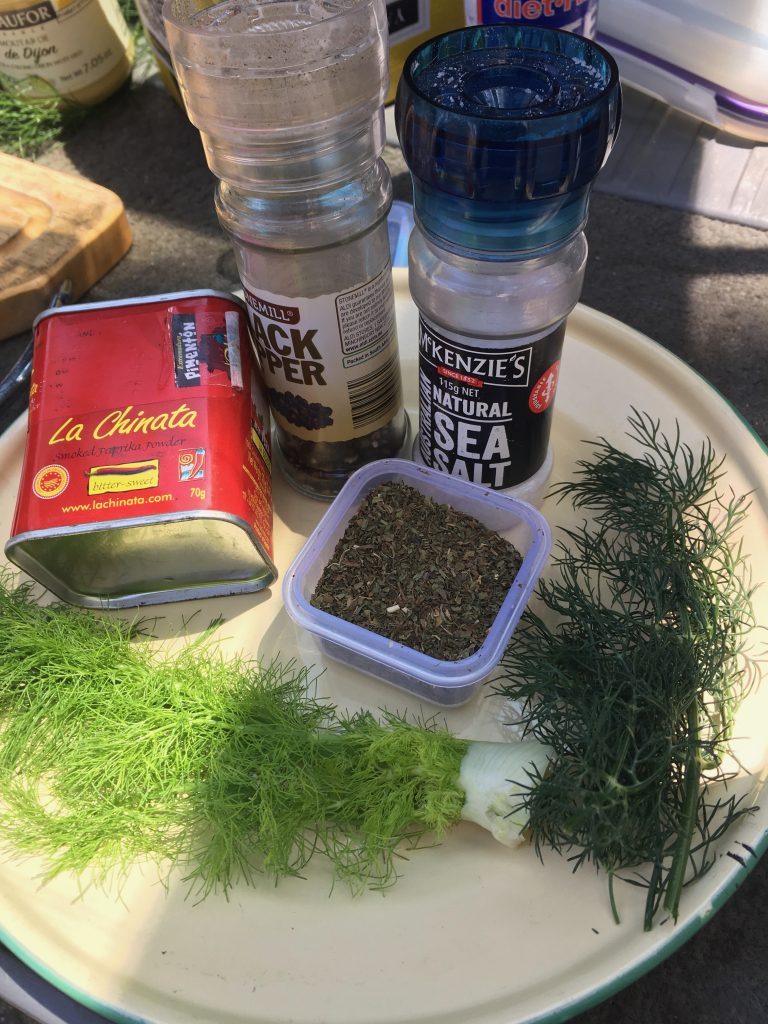 Plenty of life in this river. You could regularly see fish jumping high out of the water, probably escaping Mr bigger fish. Thousands of tiny mud crabs, and oysters all along the waters edge. I shucked one out of its shell to see how they tasted – about as good as an oyster can. However this area had been heavily harvested by previous campers, no surprise this close to a town. So I leave it at just the one sample. 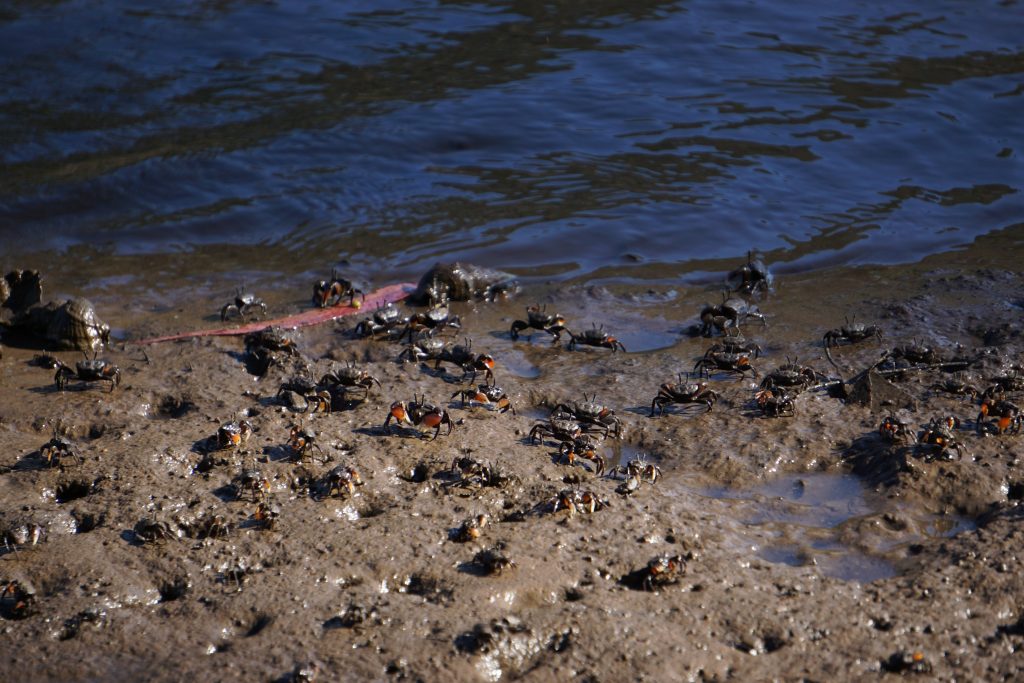 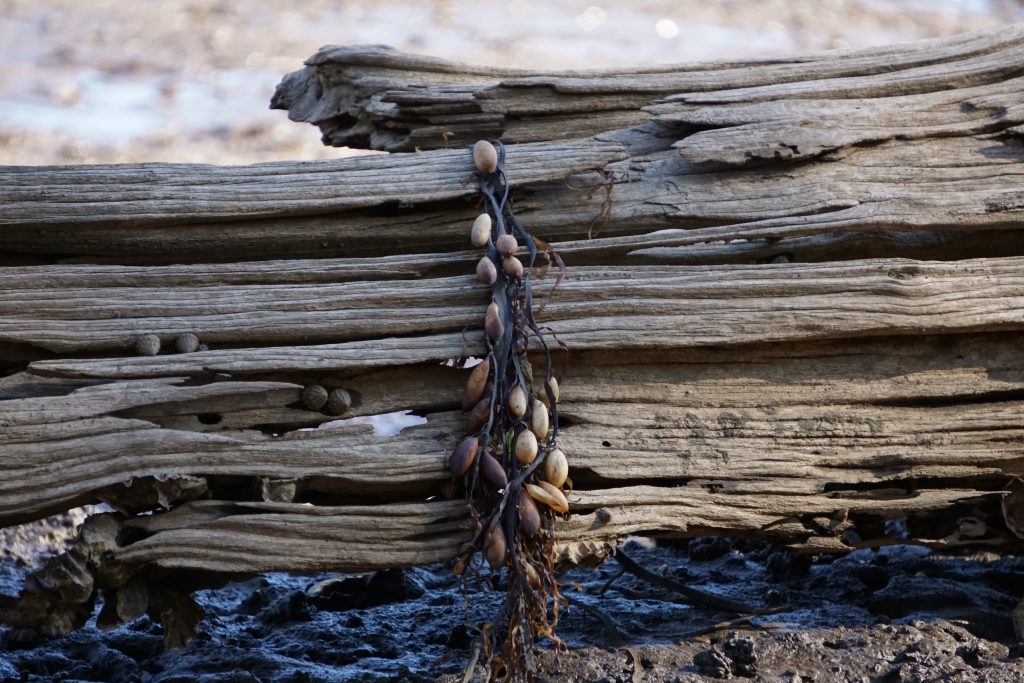 The storm never eventuated, however a couple more campers rolled in to fill the spots further down the riverbank, one in a van. The way we had come in had required low range and diffs locked through a steep tributary crossing. So there must be another, longer way in on forest roads. 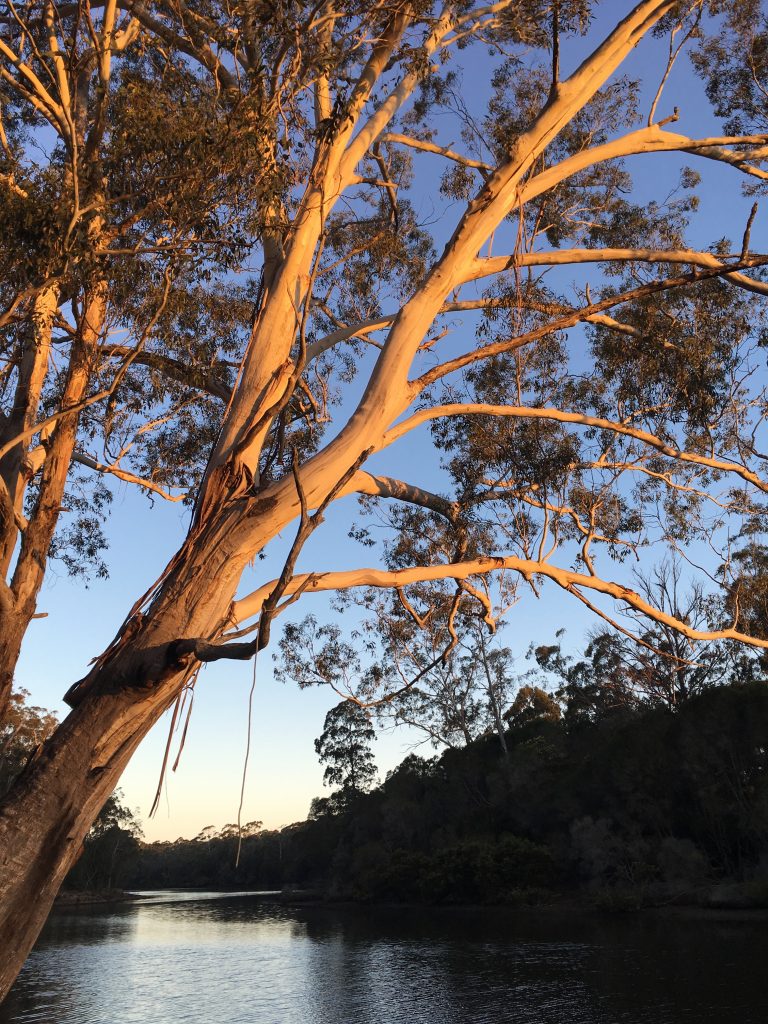 Next morning we were packed and gone without seeing anyone else. First stop was Boydtown. Named by Benjamin Boyd, a Scot who made and lost a fortune in Australia. So Boydtown never became a town, however it does contain the fantastic looking Seahorse Inn, a colonial gothic extravagance if ever there was one. 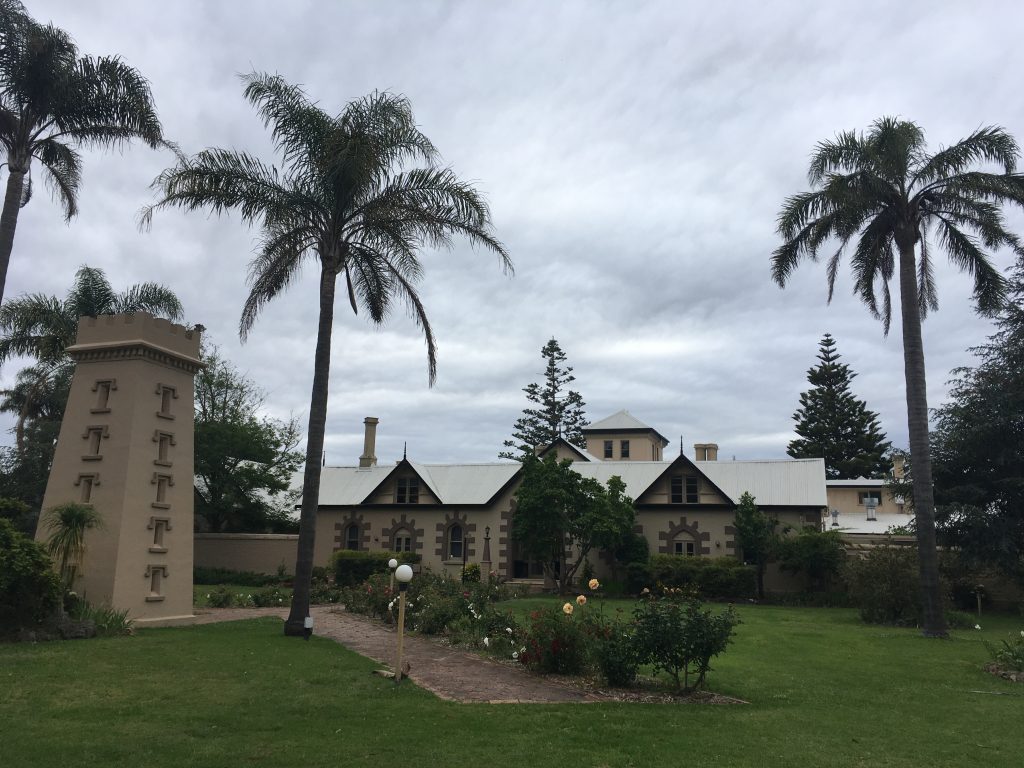 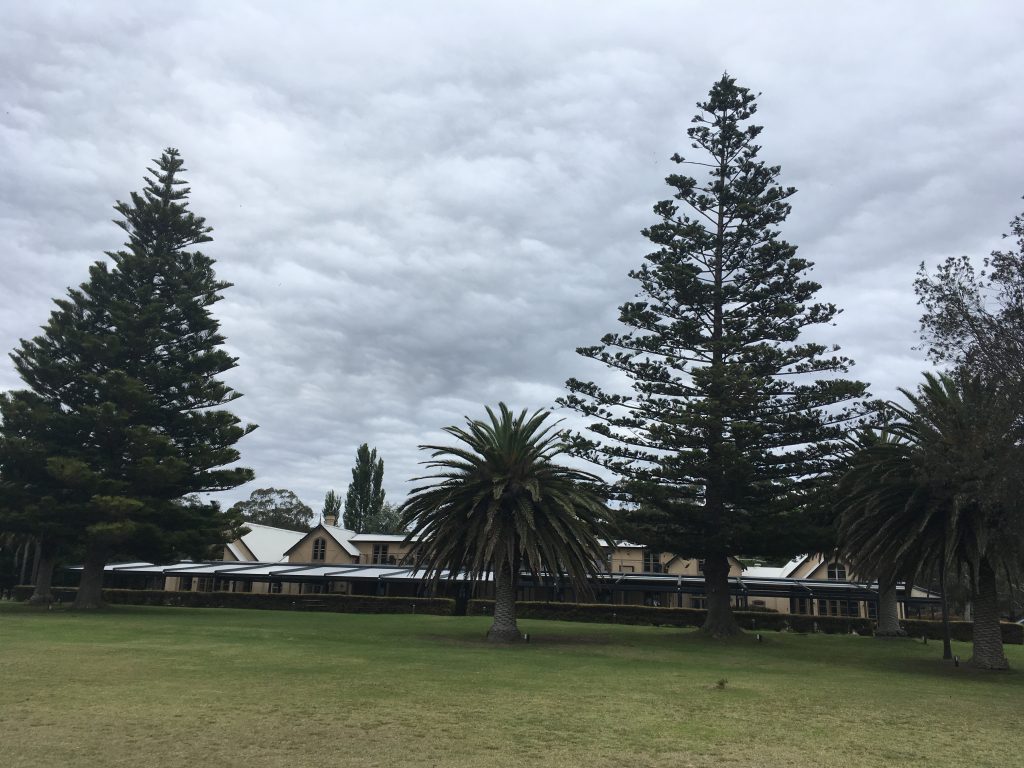 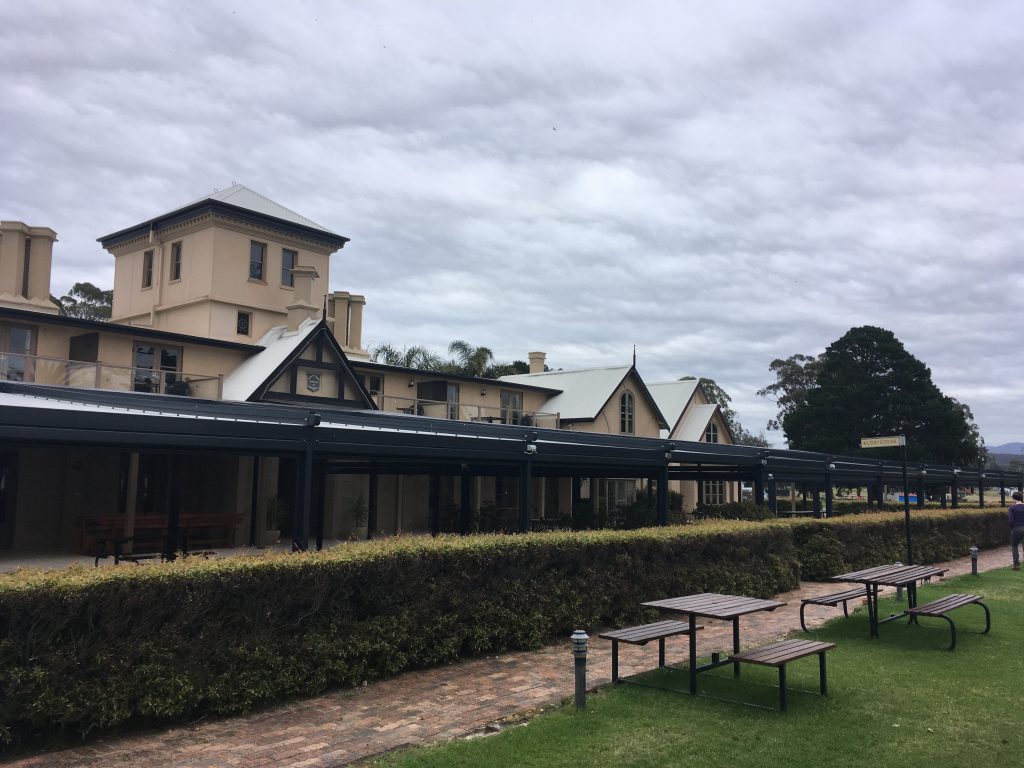 We were their early in the morning, but it didn’t appear anyone was staying. Except maybe the chooks. 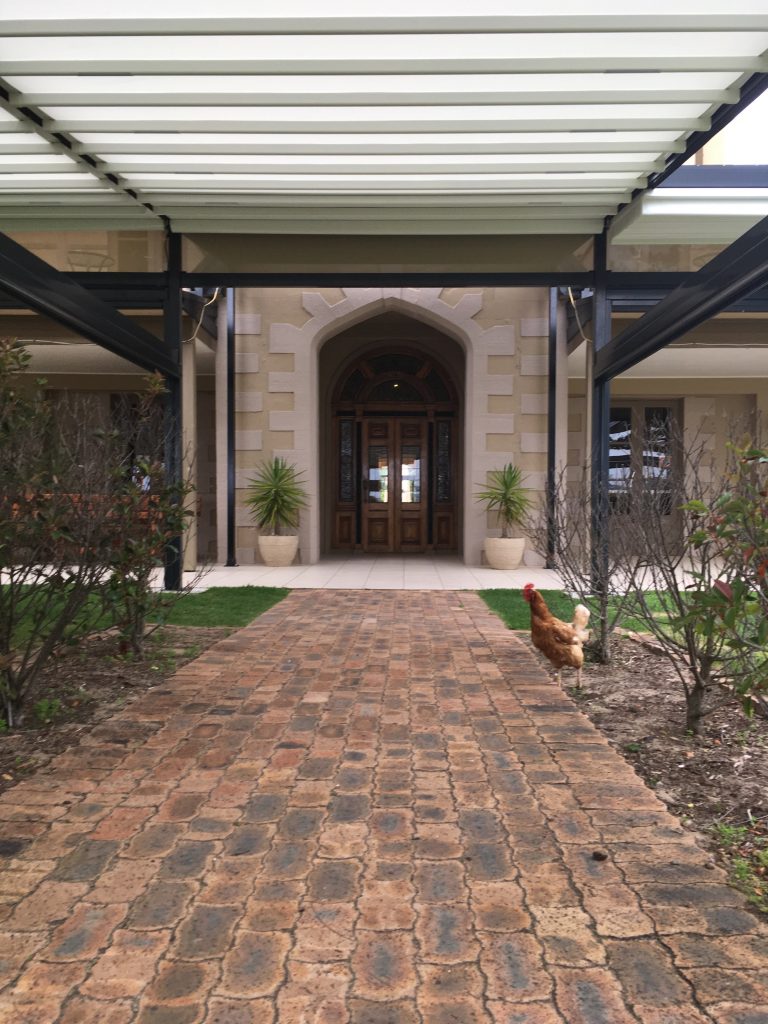 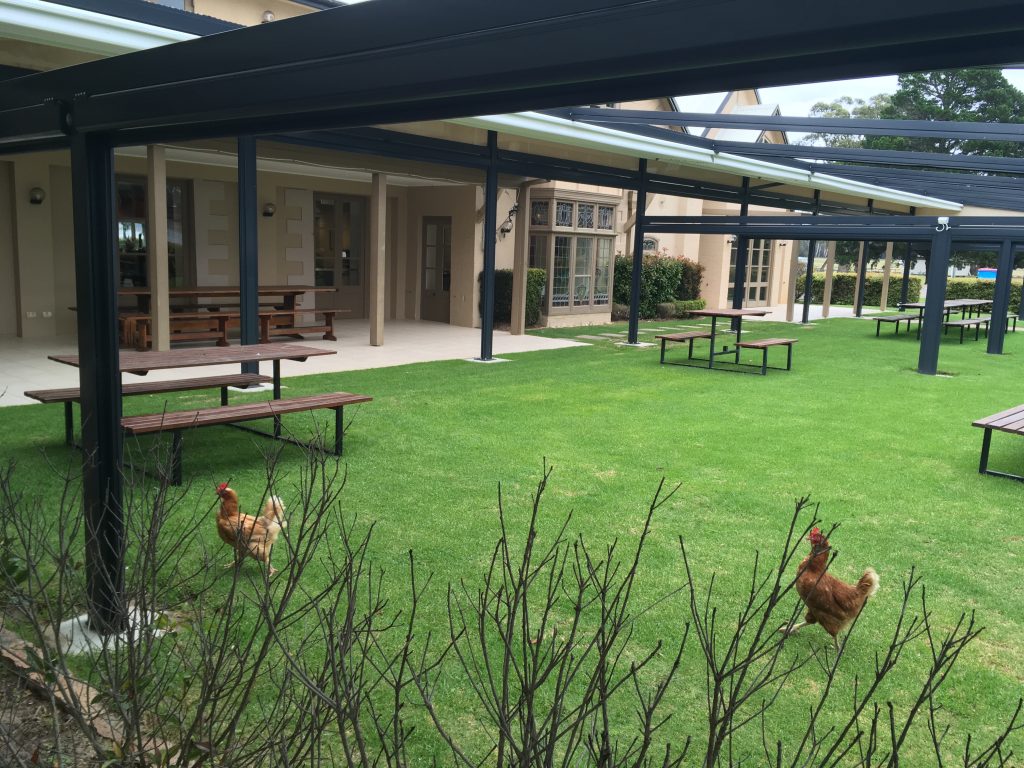 Boyd became one of the largest landholders and graziers of the Colony of New South Wales; before suffering financial difficulties and becoming bankrupt. Boyd briefly tried his luck on the Californian goldfields before being purportedly murdered on Guadalcanal in the Solomon Islands.[2] Many of his business ventures involved blackbirding, the practise of coercing and kidnapping South Sea Islanders as slave labourers.[3]

So despite showing the unpleasant characteristics that occur all too often in the ‘successful’, Boyd is certainly well remembered, if not remembered well around here. We head into Boyd National Park. First stop at the north end of the park is Boyd Tower, originally built to be a lighthouse, which the government wouldn’t allow. It made a fine, if very expensive, whale spotting tower. 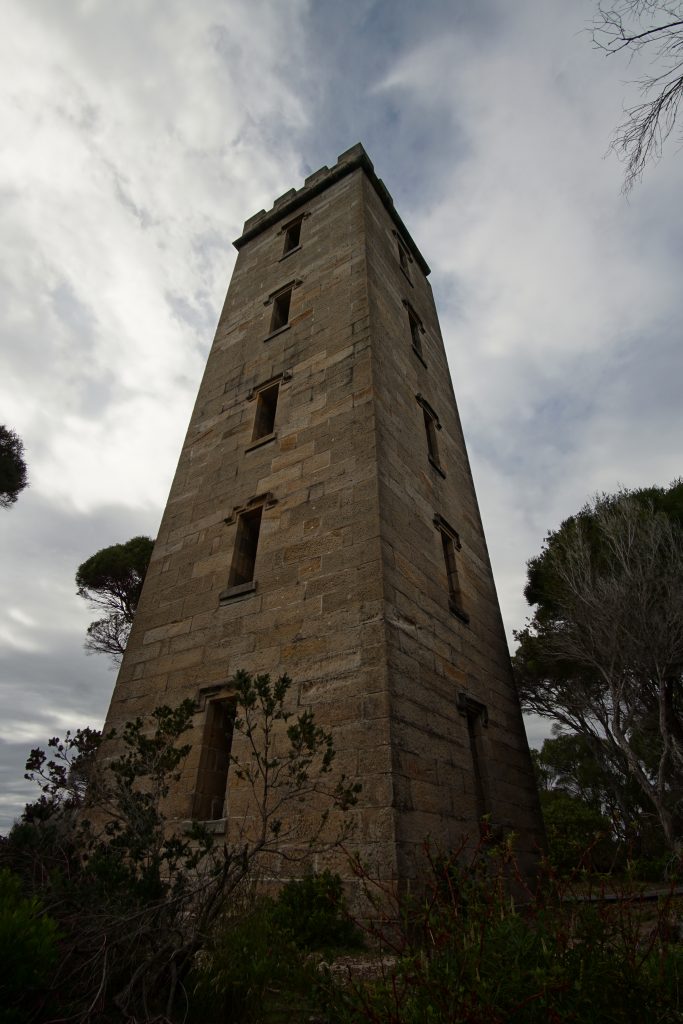 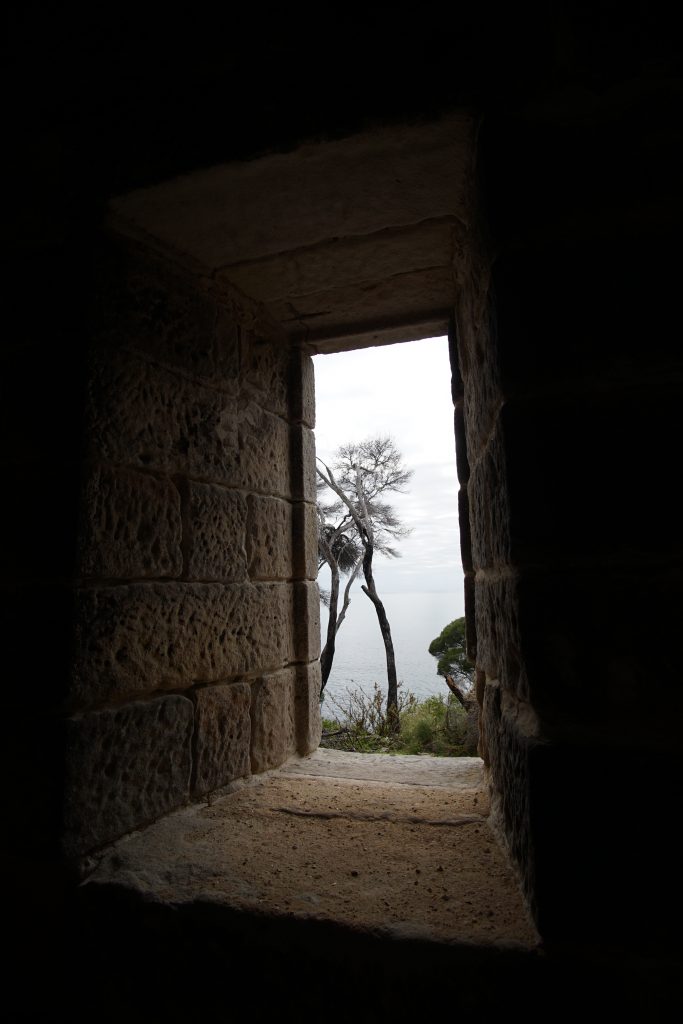 We spend the rest of that morning exploring down the coast, south through this park. 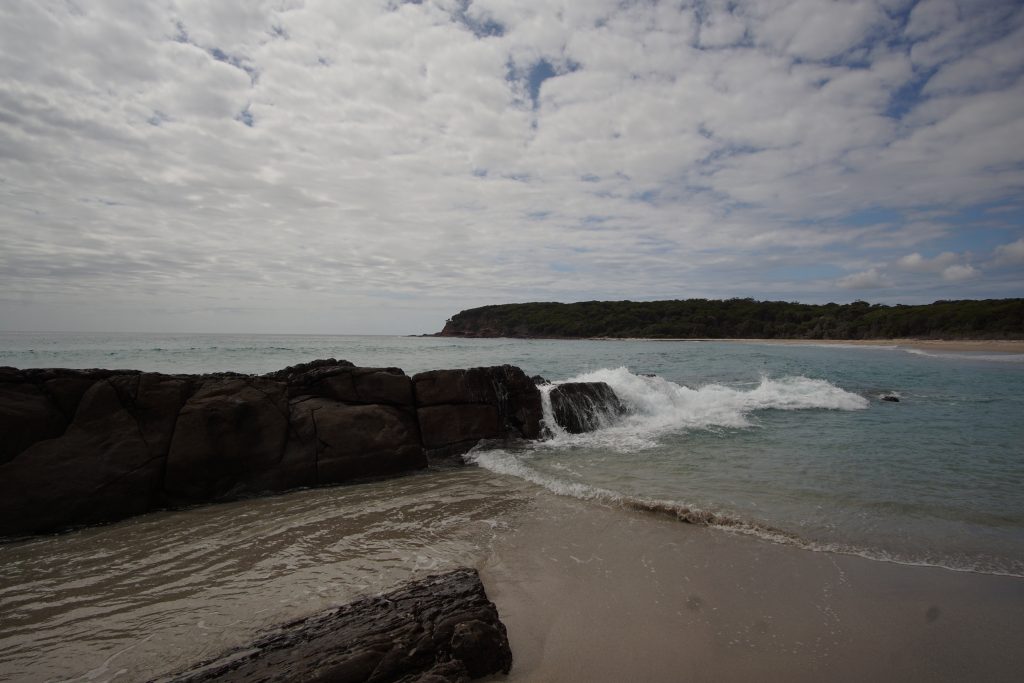 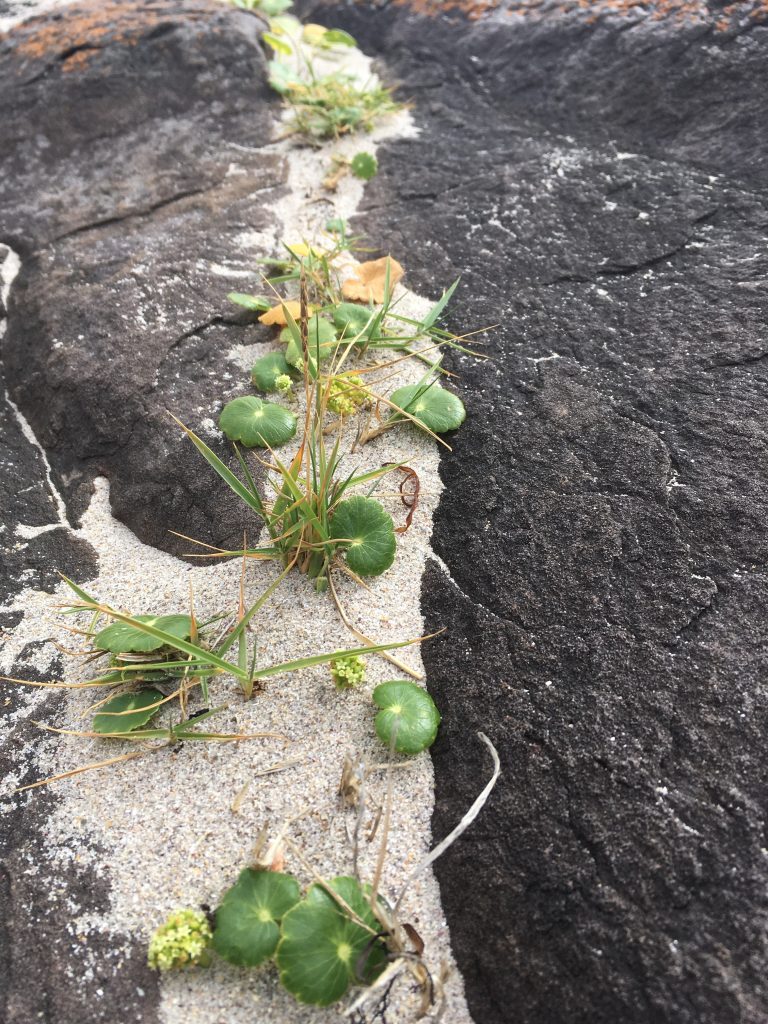 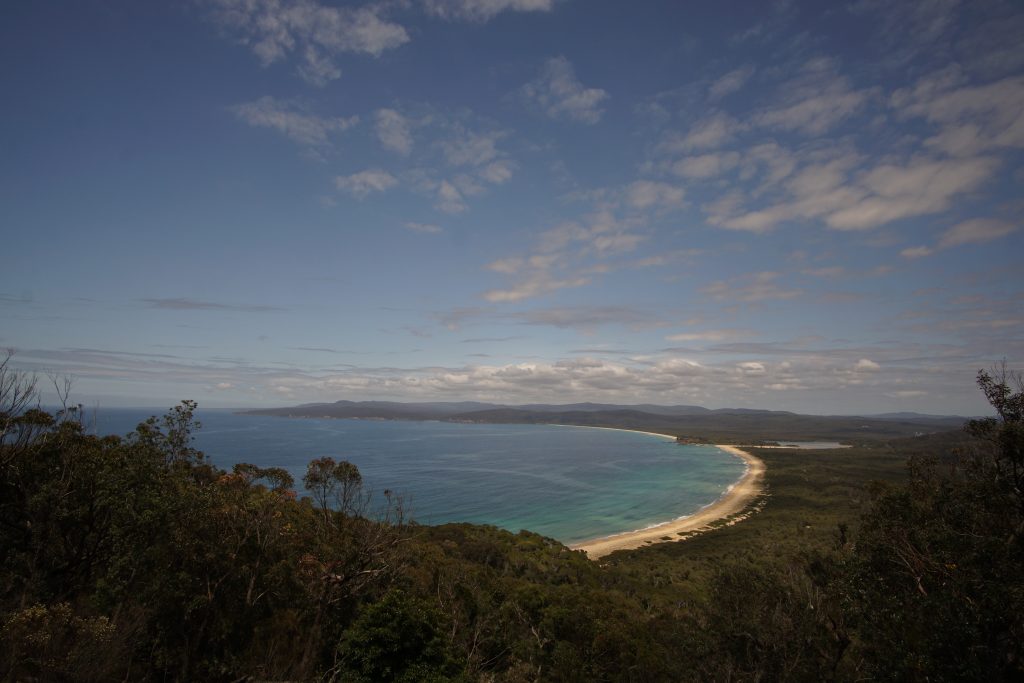 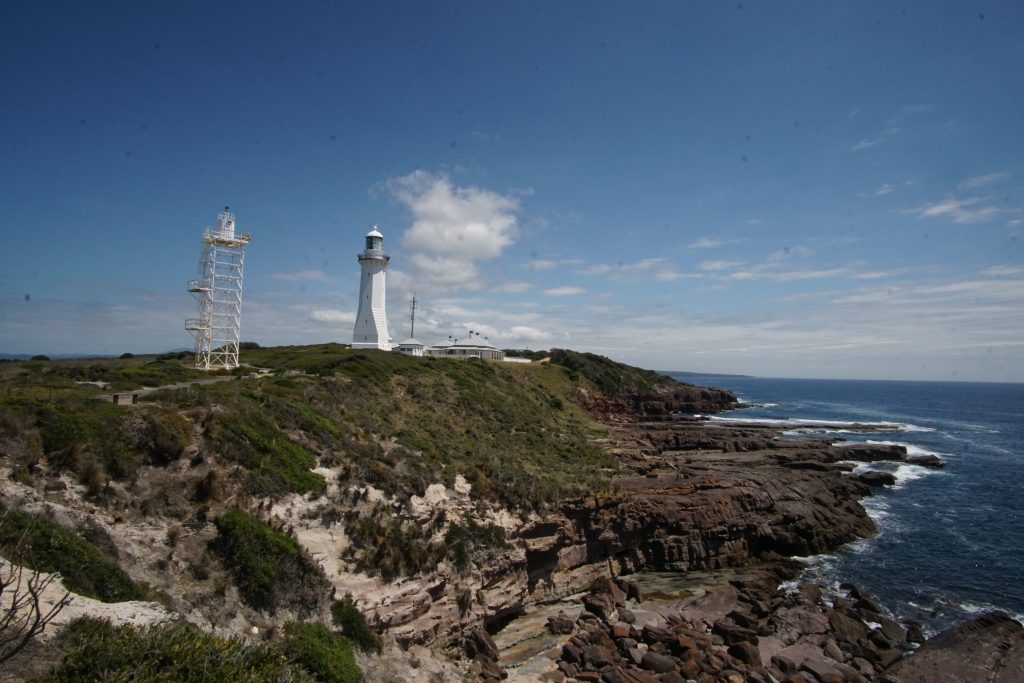 Probably one of the most enjoyable National Park’s I have been to. Bite size, and a good mixture of natural beauty and colonial history.

We try our luck at Wonboyn Lake, home to Australia’s ‘best’ Oysters. However we can’t find anyone selling them, maybe they are out of season or maybe the wholesale demand is just too high at this time of year. Think of all those work Christmas parties going on. So a tailgate lunch tops us up and we hit the bitumen to cross the border into Victoria and take up our next campsite a little further down the coast.

Mallacoota is a small seaside tourist town in East Gippsland. Regular population of around a thousand people, which makes you wonder why it has two supermarkets and multiple cafes. A calm inlet lake and a community owned foreshore caravan park with around 700 sites, plus three other parks in town means it swells to around 10,000 people here in the busy holiday times. Fortunately for us, this wasn’t one of them and we needed somewhere to hunker down whilst the bad weather that had been threatening for the last few days hit.