So, we followed the cliff track further north, in the end it just looped back around to the campsite. We pushed on down the bitumen to Coffin Bay. This Oyster farming community is always worth a visit. One it is the gateway to the Coffin Bay Nation Park, that we explored back in 2016.

It also has the best servo/cafe/fresh oyster store, which we again stopped at. To get a homemade sausage roll to share (as they are massive) and half a dozen unshucked oysters for later. “The oysters are good here” said a bloke grinning at me “yeah I know, we’ve been here before” I said till I realised it was the fella with the stretched 200 series from Wanaaring. Seeing he was gathering up maps for the National Park I offered “you’re going to like it in there”. We chatted further “did you hit that wet patch of road on the way to Tibooburra?” he asked, “yeah mate, looked dry till the truck had a bit of a slide”. I told him about Greenly Beach where we had just spent a couple of nights, and as we were both heading west suggested we might catch up again. 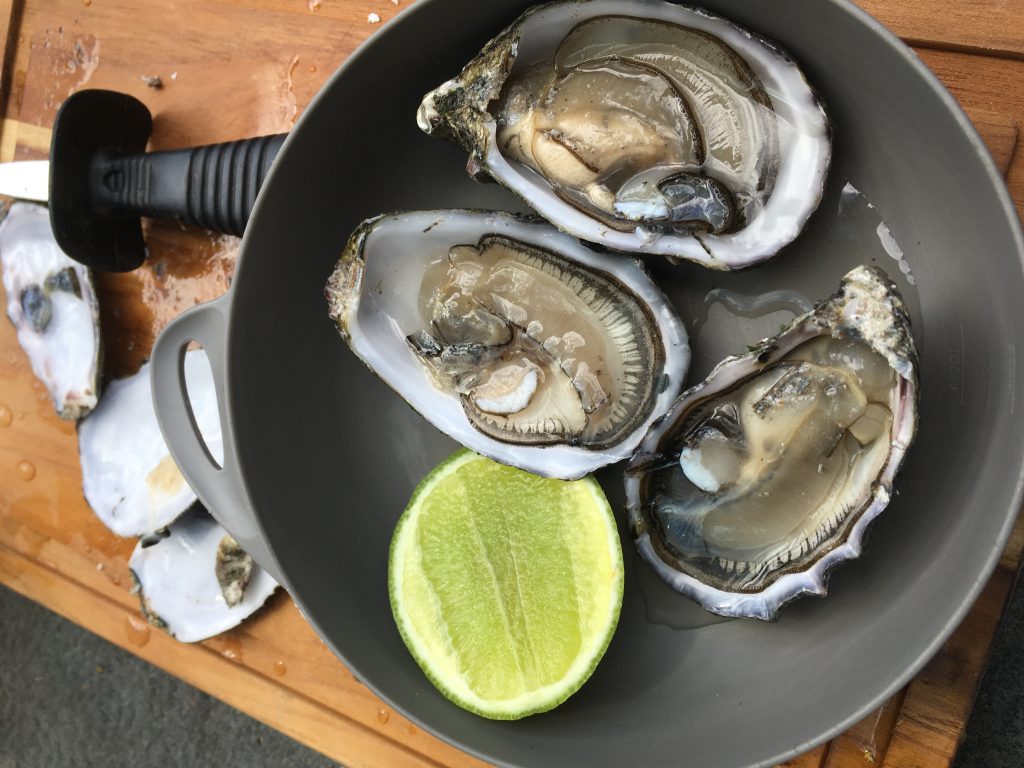 Then we just pushed onto Port Lincoln, the major town on the peninsula (apparently having the highest amount of millionaires per capita of anywhere in Australia) we badly needed to do laundry, there was a knocking from the front end of the Cruiser to investigate, plus a few other bits and bobs that’s just part of being on the road. So this meant we were going to pay for camping and check into a caravan park. If possible I like to get there early so we can smash out these jobs and use the facilities as much as possible whilst still having a relaxing day. So getting there around 10 am was perfect. 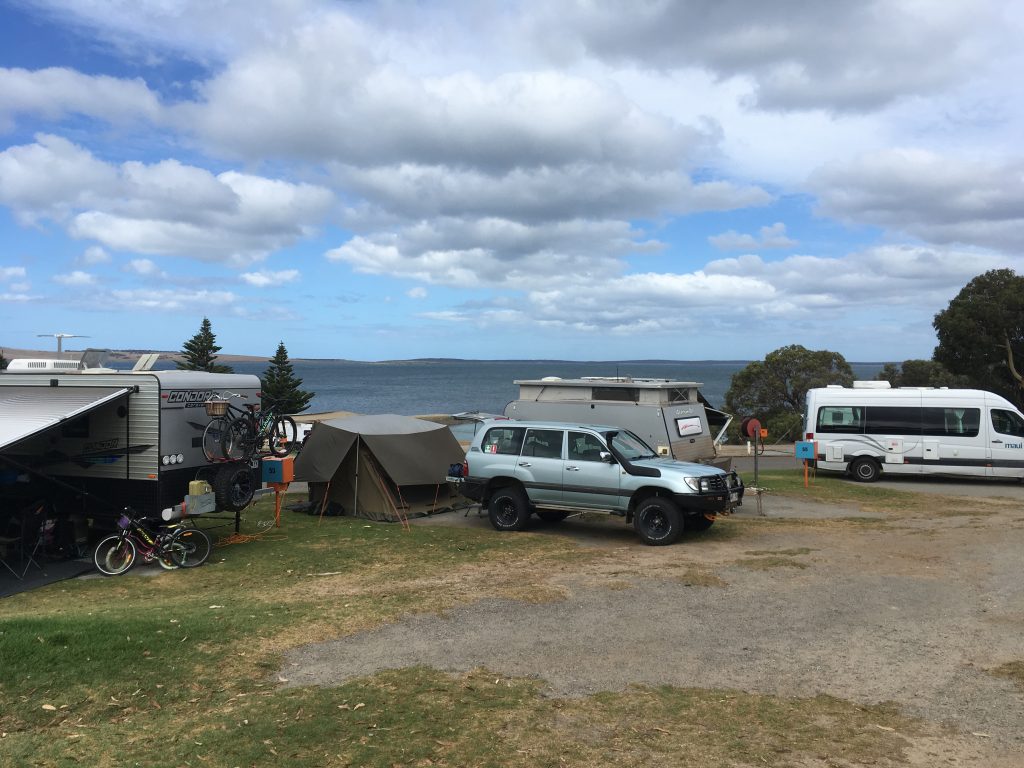 Being a South Australian campsite, we soon got to know our neighbours. One chap was only here as his 30,000km old Isuzu D-Max was throwing DPF (diesel particulate filter) faults every 50km or so. The other side was a family from Tasmania, who had been on the road for about six months also. The Dad spent quite a lot of time on the phone, orchestrating his brewery businesses back on the Apple Isle, as there was a beer festival coming up that he would have to fly back for. Despite our different circumstances and ages, we all got on and could talk frankly about the highs and lows of travelling around.

I spent an hour or so investigating the knock on the Cruiser, only to trace it to the new Ridepro steering damper. Let’s hope the suspension is made of sterner stuff… Whilst N did her washer women impression, and cleaned all our clothes.

Major jobs done. We chilled out for the rest of the day (literally, it was super cold especially for February) I managed to get some blog posts up, whilst we had power and good internet, and we just whiled away the day eating, drinking and chatting to our fellow campers. You need the odd day like that.

Rain came that night and again the next morning. That meant a damp pack down, at least not fully wet. The fly sheet copping the worst of the weather.

We said goodbye to our new friends and headed back into Port Lincoln. It wasn’t really the day for wandering round a town, but we stocked up on food and few other things, knowing this would be the biggest town we would see till Western Australia.

Heading out, first stop was Tumby Bay. When we were here in 2016, my mate had said Tumby Bay had the best bakery when he came here as a kid. I mocked him that it wouldn’t still be the same. Well I was wrong then and I was wrong now, Tumby Bay bakery has to be arguably the best bakery in the state, and yes, I am qualified to make that judgement.

So, tasty pastry treats procured, we headed inland. Doing the whole peninsula kind of arse about face, we were on the south east side and needed to get to the north west side. On the map there seemed a nice track through a conservation park in the middle, would it work out? Only one way to find out.

Early signs were not good. A ‘No Through Road’ sign and a gate the clearly hadn’t been used in a loooong time. Anyway we persevered and it came all good. No tyre tracks meant this was a very little used track, but it served our purpose and reminded me of the Border Track a few years ago 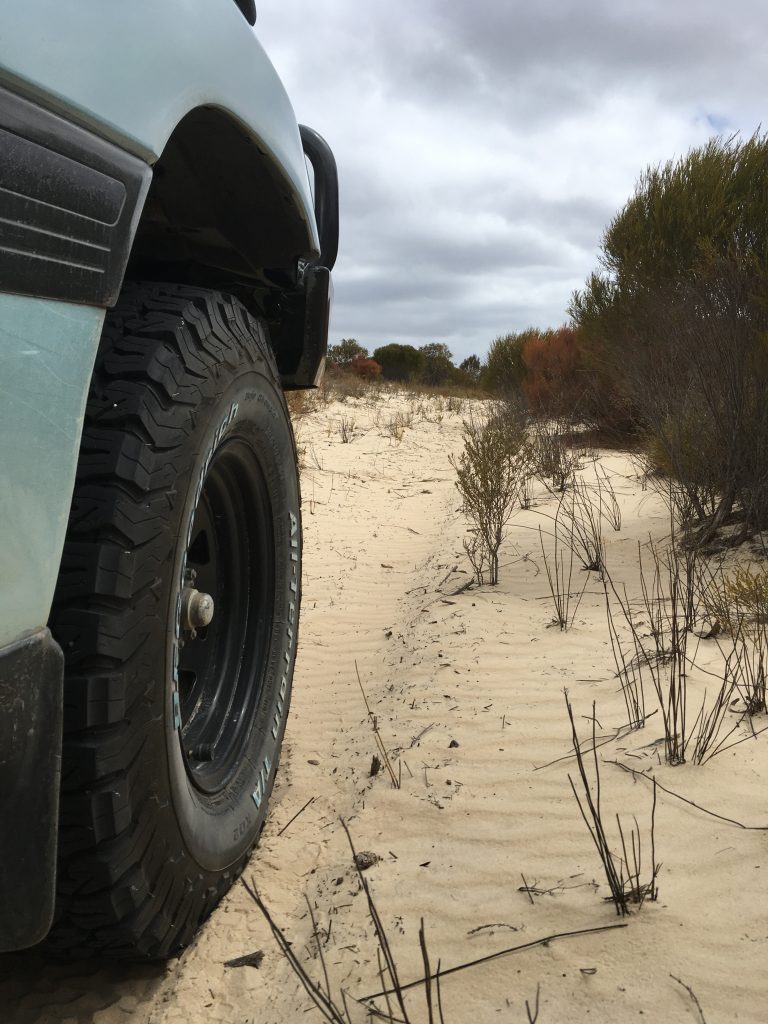 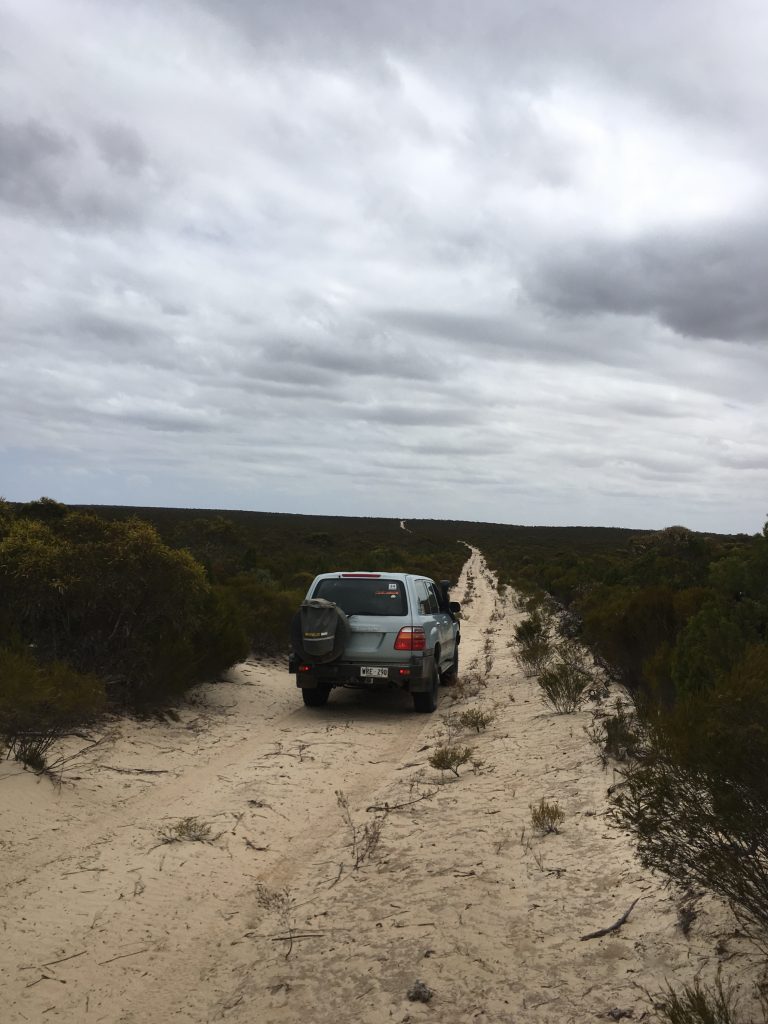 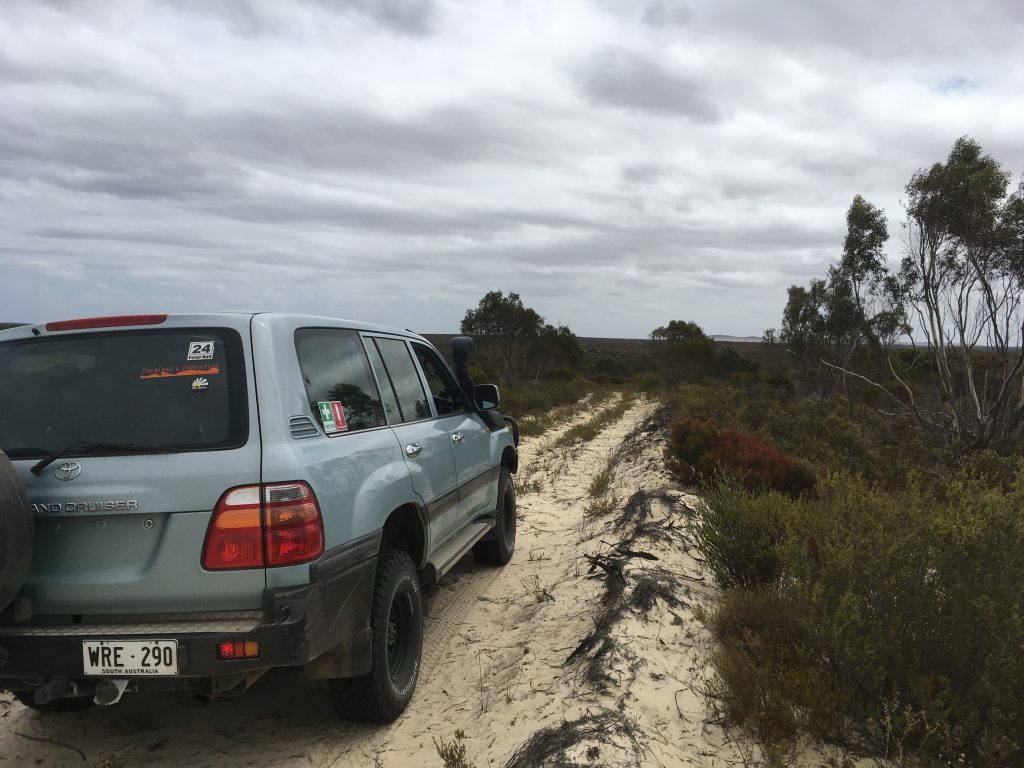 Luckily this wasn’t as long as the Border Track, and after a few hours we were back on the bitumen. Time to get some miles done. There was still more to see on the Eyre Peninsula, but being so (relatively) close to home it would keep. As the song says, it was time to go west young man.

A quick overnight stop in Wudinna. This is near where we had turned off to head to the Gawler Ranges a couple of years ago.

Ten bucks to stay on the showgrounds. 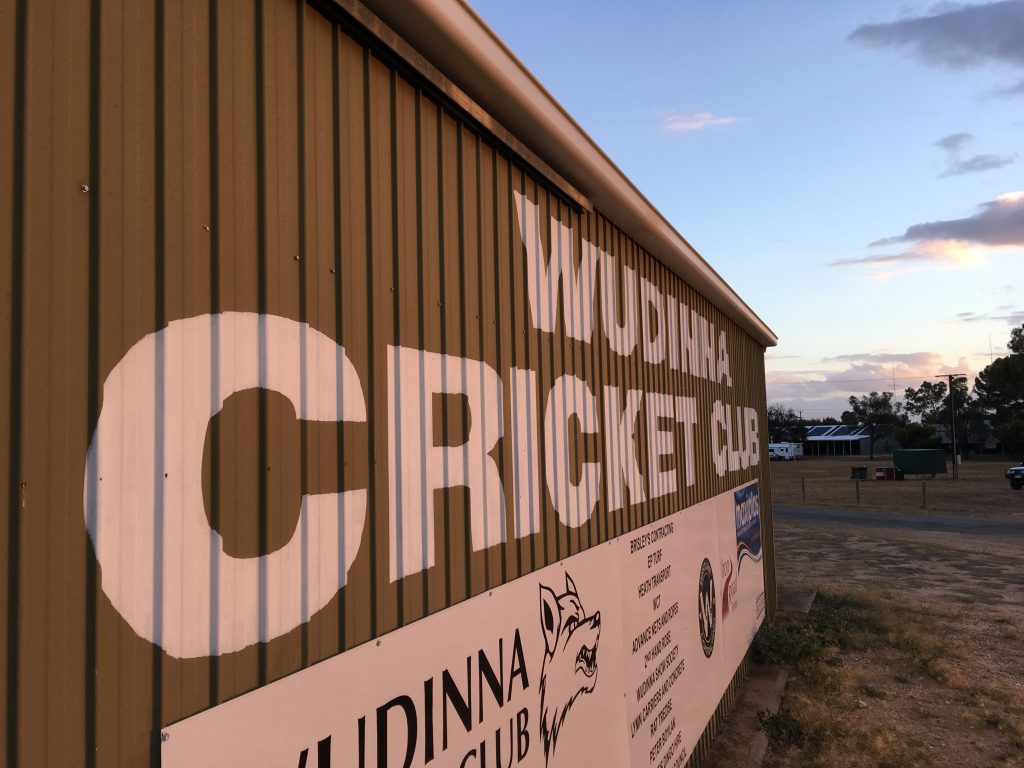 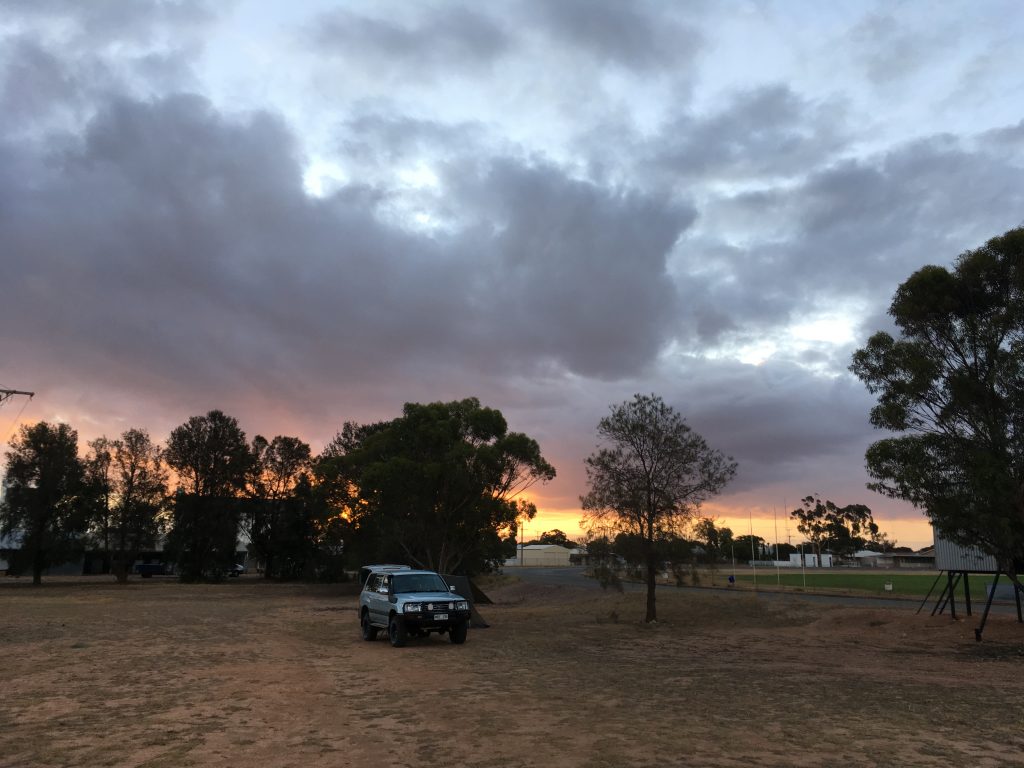 The morning saw us head 200km north west to Ceduna. Stopping about 100km short to fill up with fuel, knowing that Ceduna prices would be elevated, it being the first/last major stop before the Bight. A full 20c a litre as it turned out.

At Ceduna we grabbed a few last minute supplies, and I enquired at the tourist information about a permit for the Yalata indigenous lands further along the coast. They have a website promoting the camping they have there, but you need a permit to be on those lands – “you won’t get one” came the blunt reply from the lady at the TI. “My son has been trying for over a year, we get loads of enquiries, but they’re not interested in issuing permits”. Ah well, it’s their land. Maybe some dickhead buggered it up for everyone else. Maybe they just changed their mind. No matter, we’ll find other places.

We struck out on the main road heading due west. 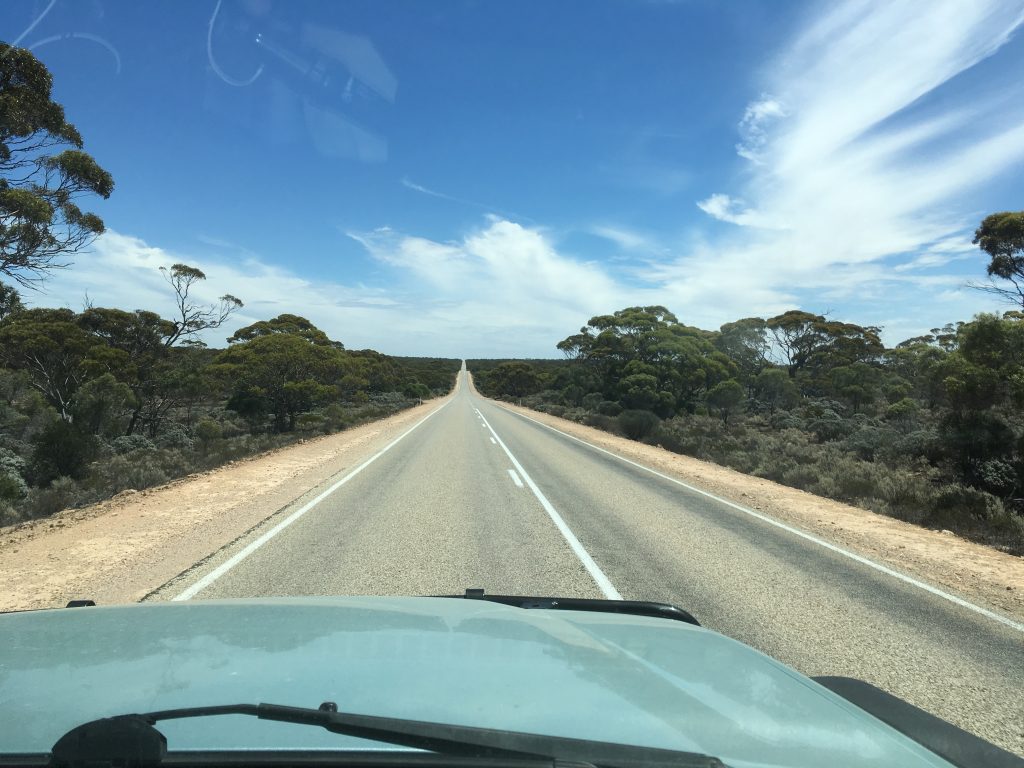 A short distance from Ceduna we left the main highway and hit the dirt.

No real hard information on where we were going, I knew there was a conservation park at the end of this road, but no idea what the access or the scenery would be like. As it turns out, both were stellar.