Time came to move on. As I said, I had been wanting to head up through the goldfields and mining districts. Taking the Holland Track, up to Kalgoorlie and some lonely dirt roading across to the coast north of Perth. However there wasn’t a day for the next week where the temperature didn’t start with a 4-, and a few of them were north of 45 degrees. So I had to accept, that plan was out.

The only place where the temps were reasonable was the coast. However the south west coast of WA is relatively heavily populated with few options to camp for people like us. Not to mention we had travelled that area extensively last time we drove round this part of the world. So we decided just to make our way cross country to the coast north of Perth. 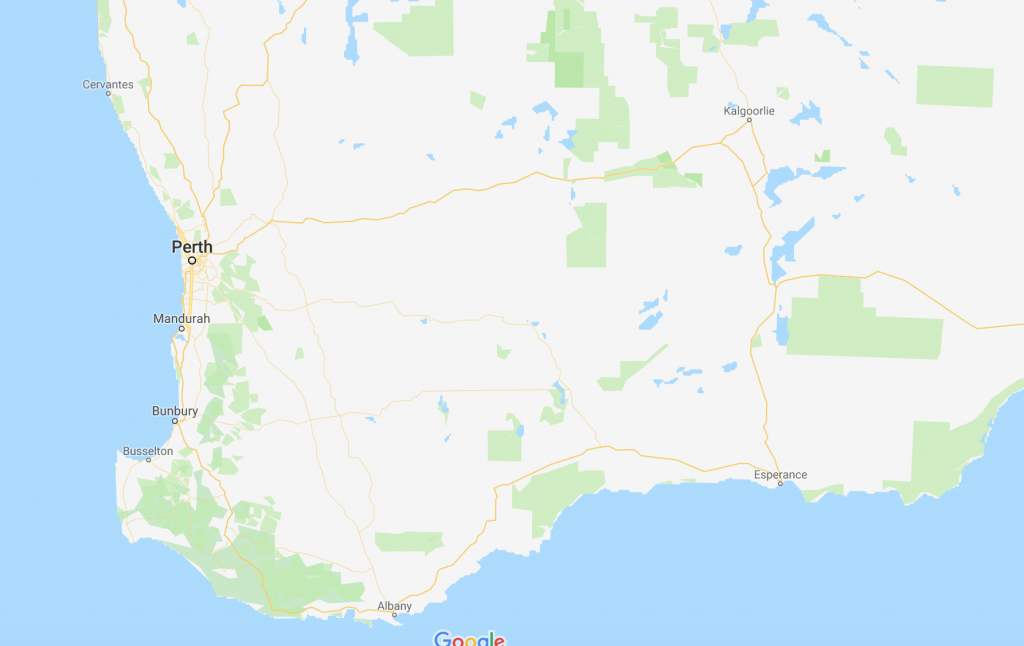 However, firstly there was some battery business to attend to. I had been concerned about our ‘Thumper’ auxiliary battery for a few days. I had run it a bit low charging up various devices and it didn’t seem to want to get back to a good state of charge and also seemed to drop charge excessively whenever it had a load on it. Now this unit is around 12 years old and had the batteries repacked about halfway through that time. So I was wondering if this set of batteries was reaching then end of its useable life.
Back in phone service I put a call into Home of 12 Volt, the manufacturer of the unit. They suggested freighting out another set of batteries that I could fit. If this unit was on the way out I was keen to upgrade, as you can imagine our power requirements have changed somewhat in the past twelve years. They could send me out an upgraded unit no problem, pretty much anywhere in the country – good to know. I asked if they had any distributors in WA, and they gave me a place in Bunbury, south of Perth. This would allow me to have our unit tested and pick up an upgraded unit if required, so we would detour there first (this being our last opportunity to do any ‘big city’ stuff, once north of Perth, that’s it till Darwin). 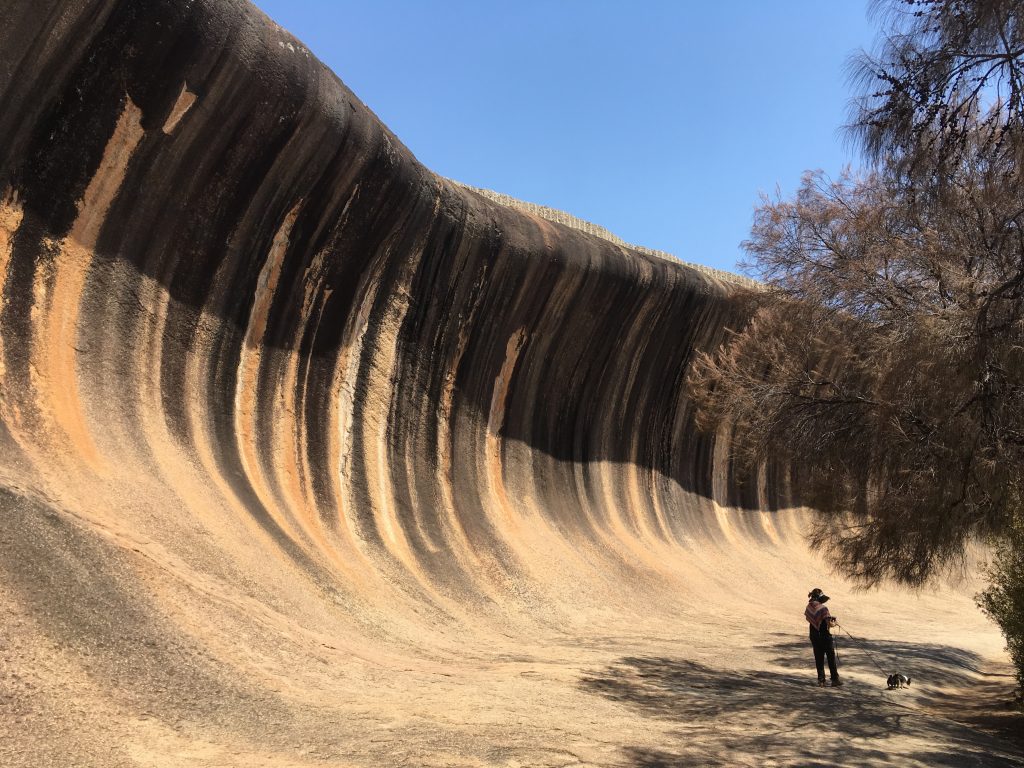 On the way we journeyed to Wave Rock, a distinctive rock formation that wasn’t too far off our route.
Very touristy, unfortunately this just reinforced how little these popular tourist spot appeal to us these days. That’s more a reflection of where we are as travellers, rather than the feature itself. Although building an ugly concrete wall across the top of the rock to stop people falling off, kinda ruins its natural uniqueness… (I wonder what the indigenous locals thought about that…)

In a way this was good though. As it kind of decided for us that we didn’t really want to revisit any of the sites we did when we first toured over here. We can leave them as memories of when there were far less people in WA and even less people travelling around over here.

We weren’t going to make Bunbury that day, so we stopped in the pretty country town of Collie overnight.

Next day we plunged into the bustling metropolis of Bunbury.

I had run the fridge off the Thumper overnight and had not charged it since then. I was keen to know if it still had enough grunt to start the car if required, and a load test at the battery store would answer than question. To my surprise (and the battery technician’s) it load tested just fine, and was declared healthy (maybe it was just the on/off overcast conditions at the beach were playing games with the solar). Well, no need to shell out $750 on an upgraded unit just yet then. Especially as I knew Home of 12 Volt could send me one out with a few days notice.
Bunbury had been a significant detour, but worth it for the peace of mind. As we were here we took full advantage of the range of grocery stores and stocked up as much as possible. There would be prices and variation here that we would get out in the country. I even foundation Filipino grocery, and got some weird and wonderful stuff from there I hadn’t seen before. 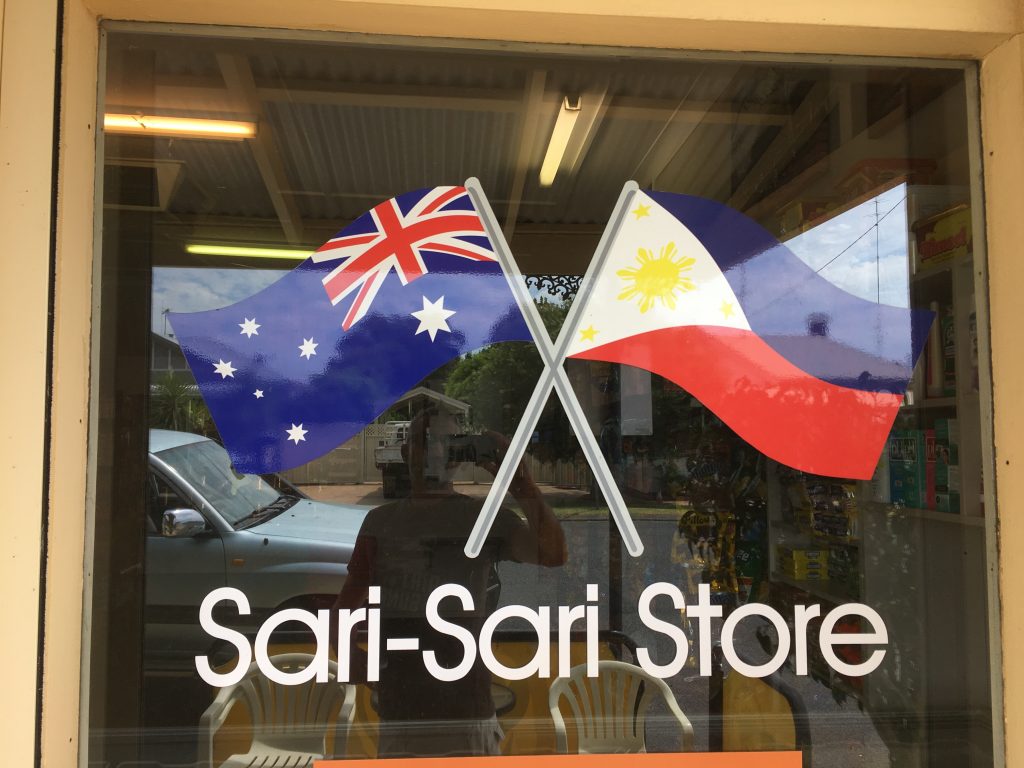 No one ever said touring Australia was a cheap exercise. 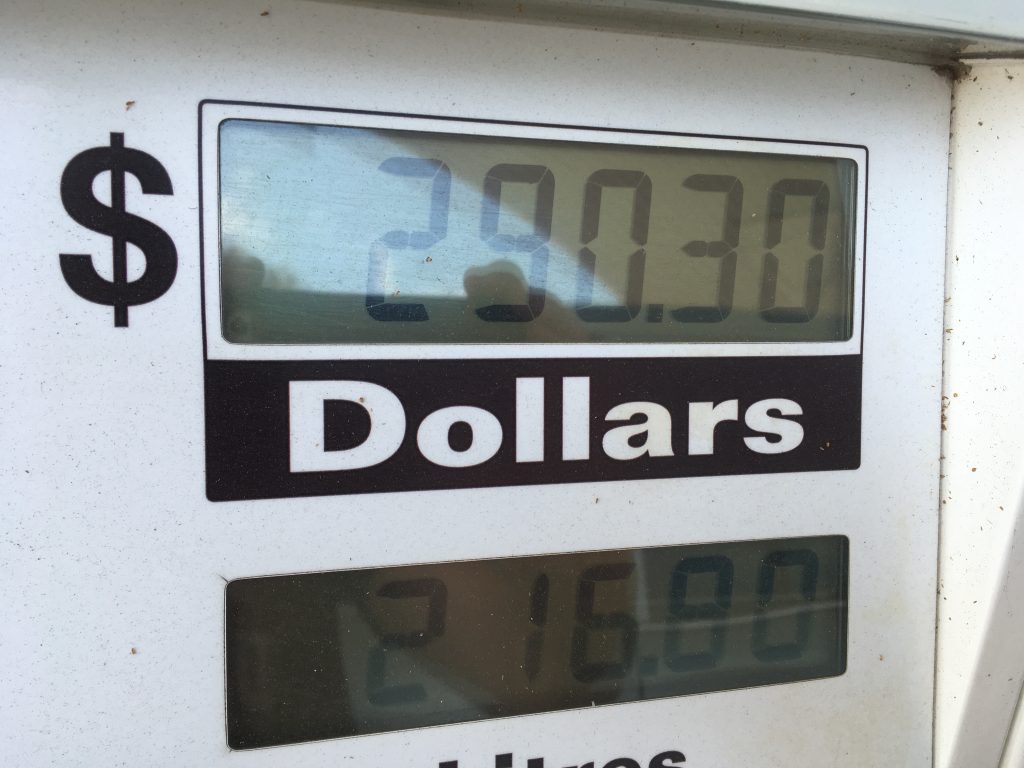 So we hit the highway and headed north, pretty clear run through Perth itself and then north. 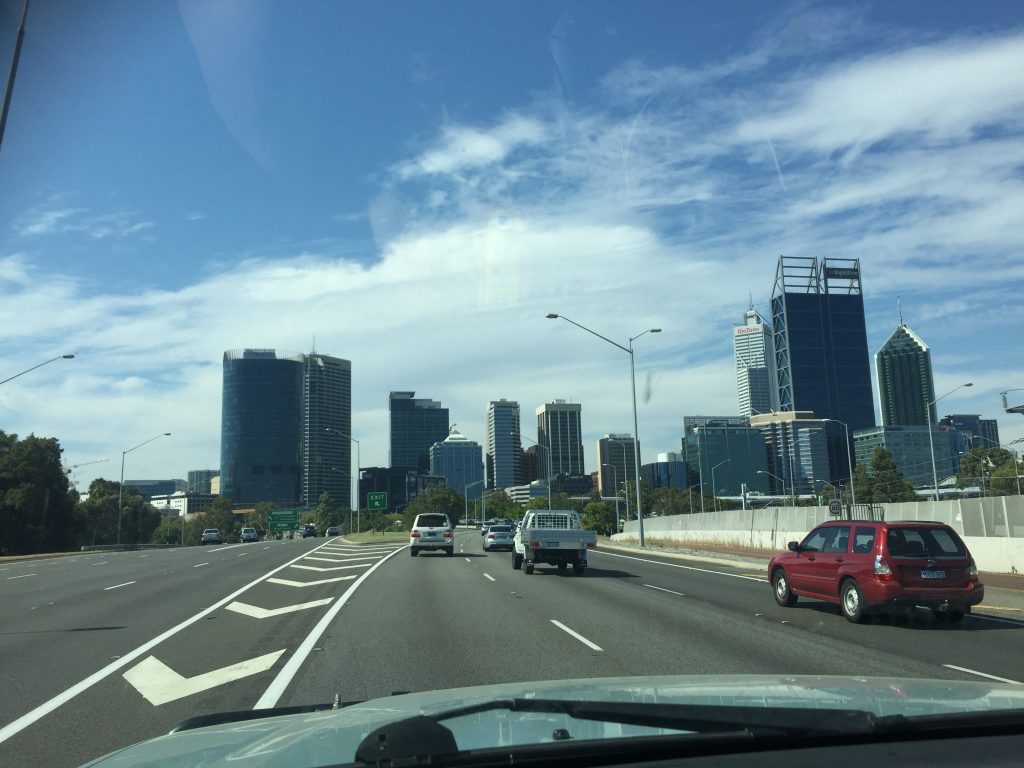 According to the map and last time we had been this way there is very little in the way of suburbia north of the city, well not any more. An endless maze of new suburbs, and more being built all the time. Eventually the houses started to thin out, till it was mostly just land for sale. No doubt soon to be gobbled up by Perth’s booming urban sprawl. In hindsight we probably should have just stuck to the more inland highway, but hey ho.

Camping options were thin on the ground along this stretch of coast still relatively close to the city. We headed for Willow Brook Farm, a little inland but fitted the bill for a place to stay overnight. From their website we also discovered there was a Benedictine Monastery town a little further inland, as well as an award winning bakery. We don’t need much of a reason for a detour, let alone ones that have award winning and bakery in the description.

Arriving at the town of Bindoon the next days, with rumbling bellies in anticipation of tasty pastry treats. We found the bakery was shut for three days whilst there was building works outside. Damn.

Onto to New Norcia. Named after Norcia in Italy the birthplace of St Benedict. Construction of the town started in the mid 18th century led by two Spanish Benedictines. It is Australia’s only monastic town. Benedictine monks still occupy the monastery, while the rest of the town is run as mostly a tourist attraction (although there is very little promotion about the town from surrounding areas, we only learnt about it from the Willow Brook Farm website. So maybe our slightly torturous route yesterday was beneficial). 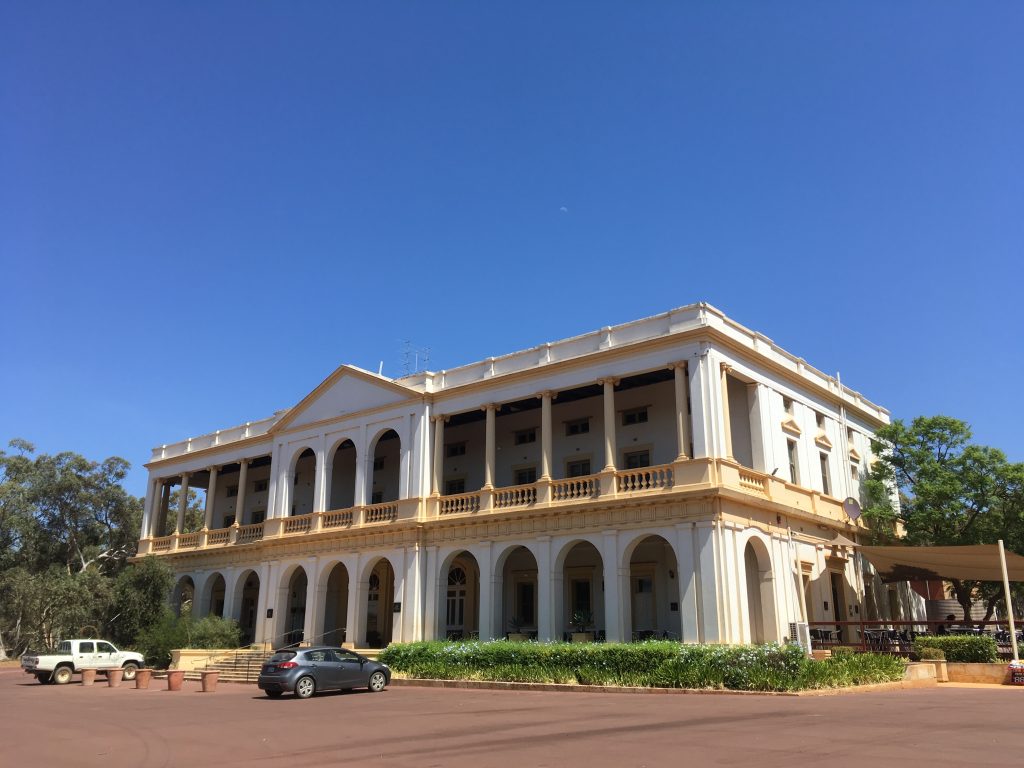 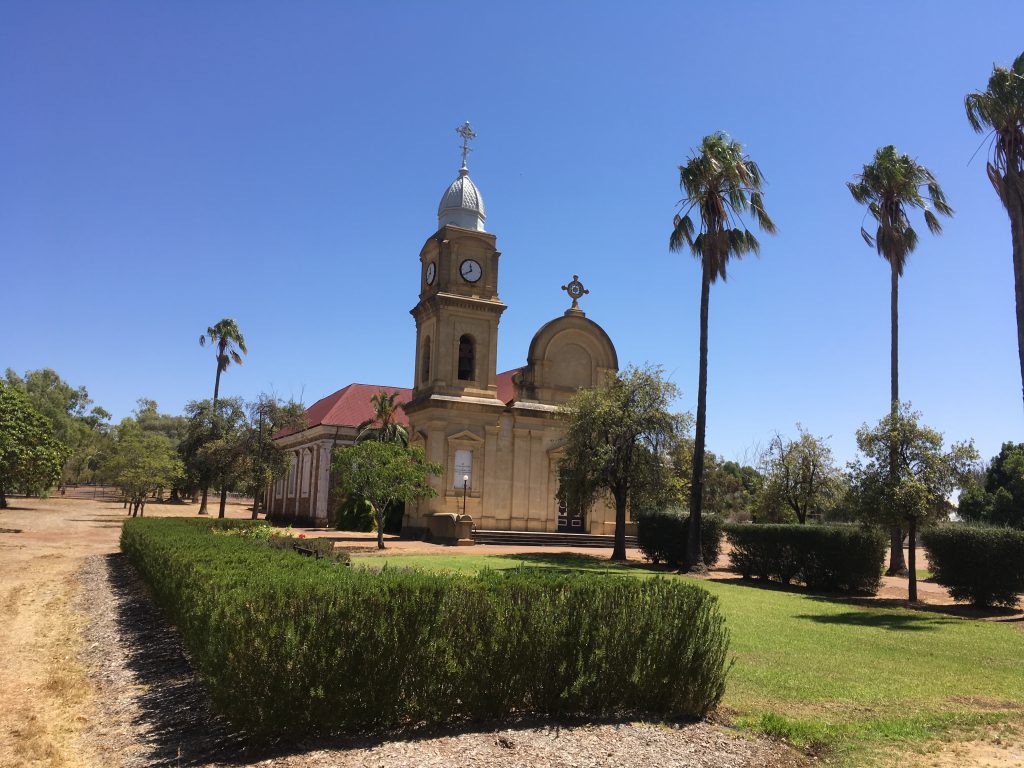 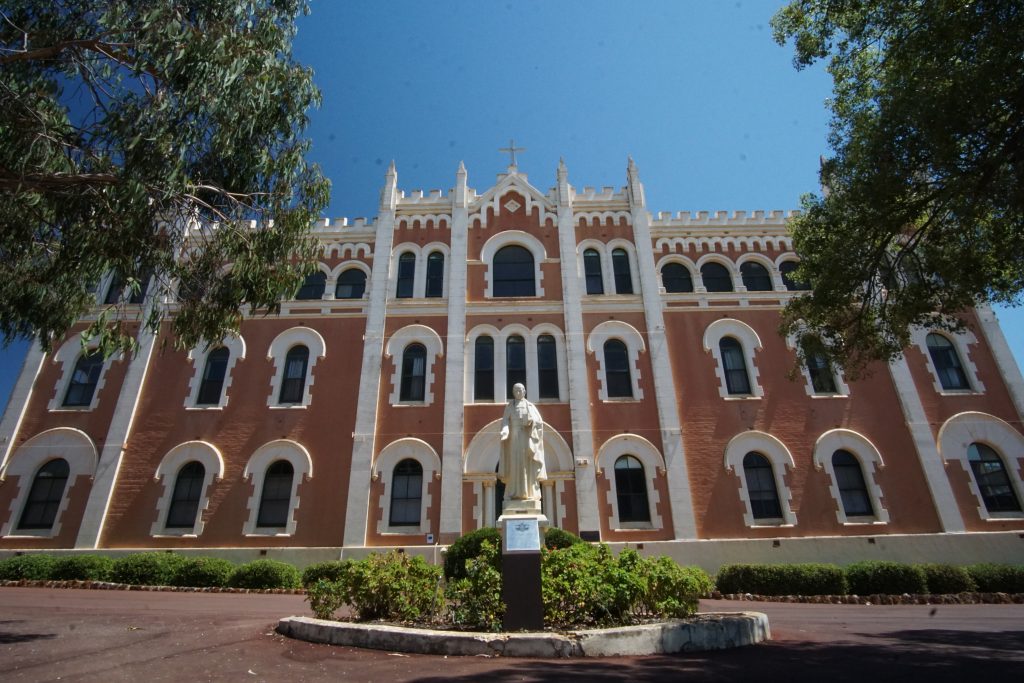 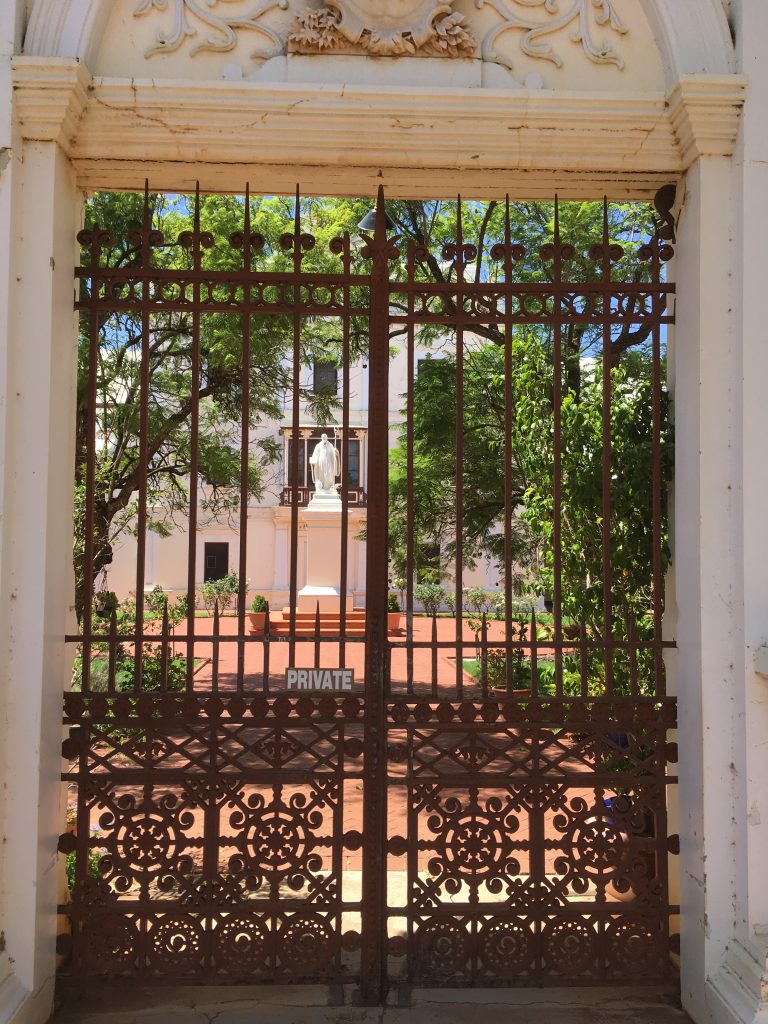 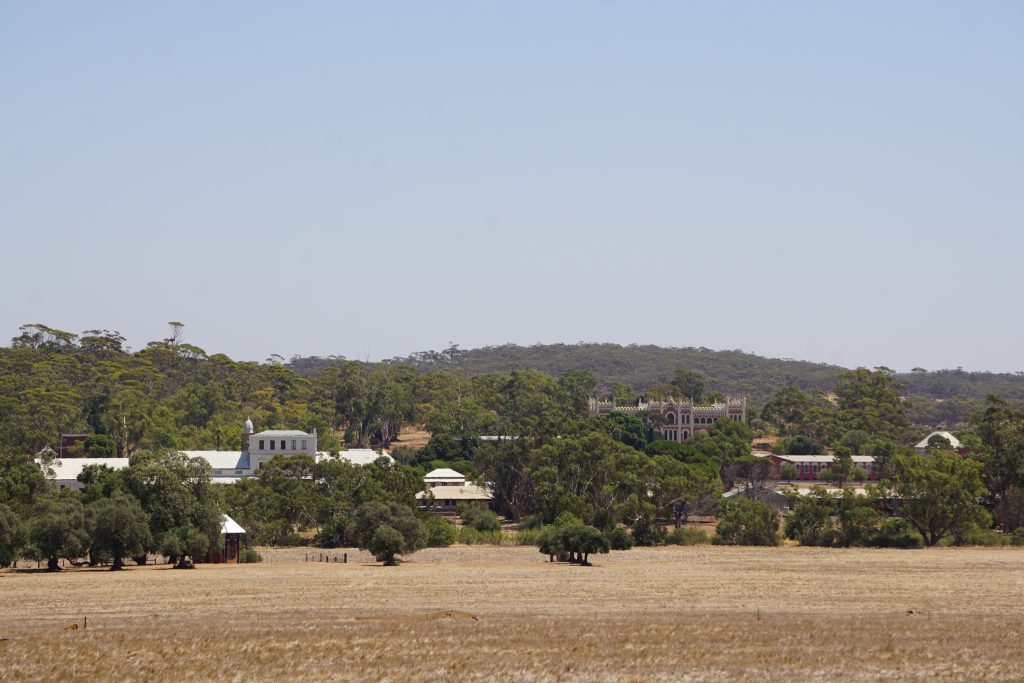 The town contains many impressive Spanish influenced buildings. Although most are in need of a fair bit of maintenance truth be told, no doubt an increasingly daunting task. The monastery bakery still functions to this day (hooray), so we scored some delicious home baked lemon tarts and a six pack of ‘Abbey Ale’ a joint venture between the town and a Swan Valley brewer. The beer was excellent too (sampled later at camp obviously), not something that can always be said about high alcohol Australian beers. 7.3% – git sum. 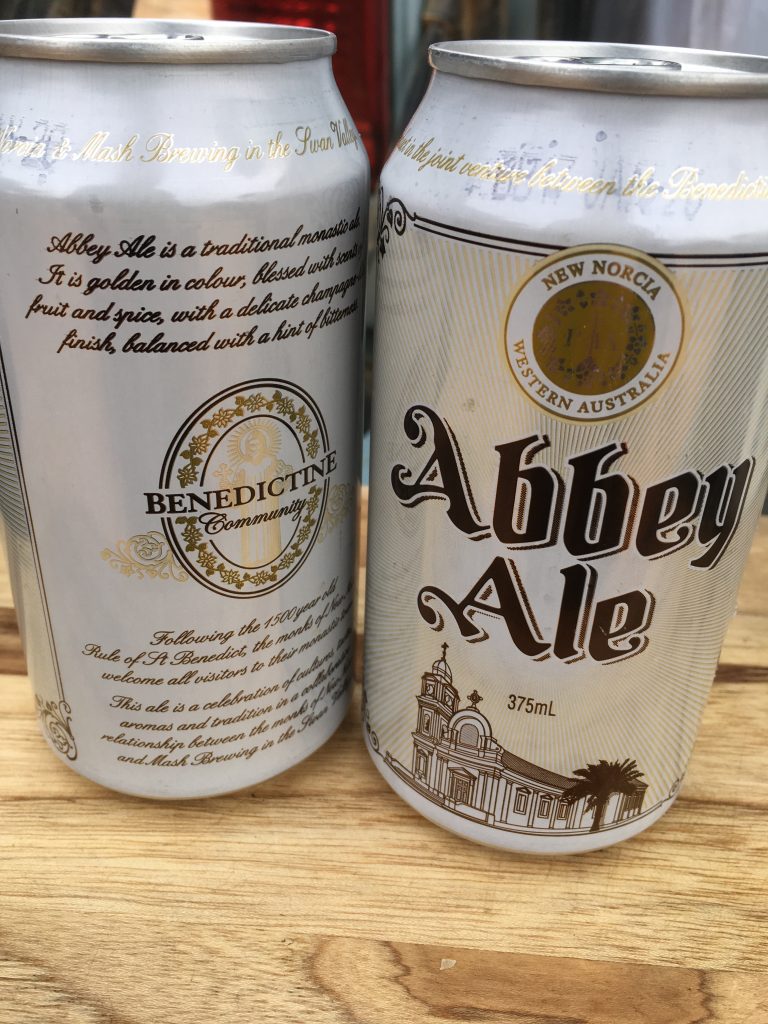 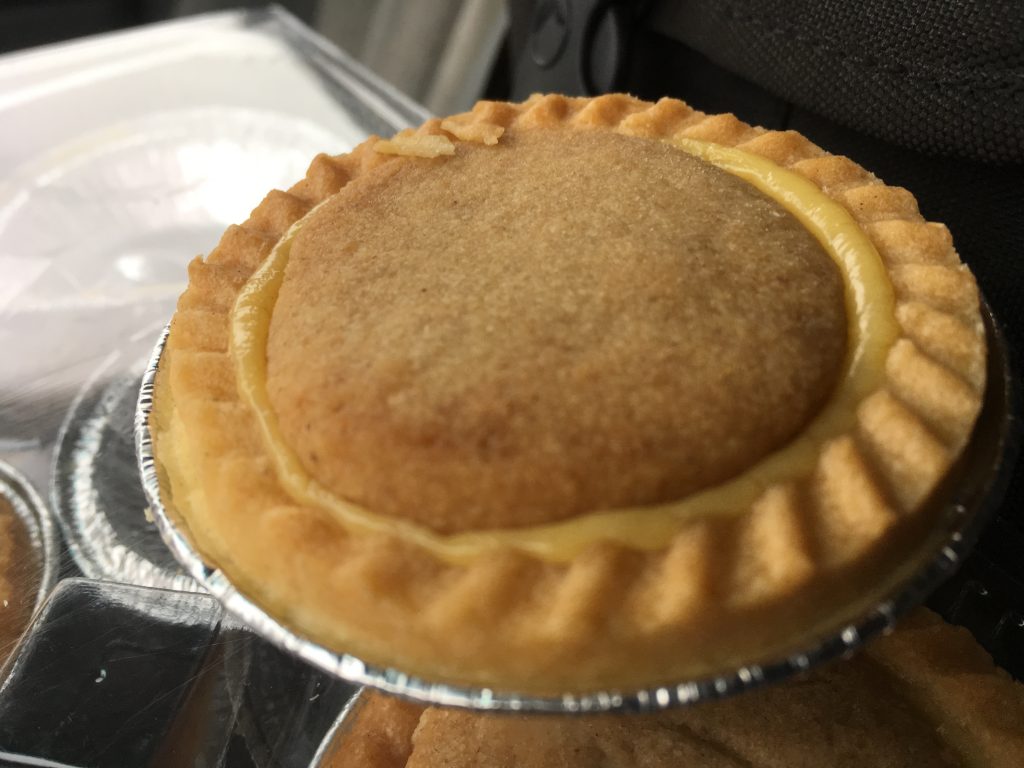 We enjoyed doing our own little tour of the town, an undiscovered gem in the middle of the WA wheatbelt. It made me think about what it must be like to be a monk in modern times. Also you marvel somewhat at how this church was willing to put so much money into building all this grandness in (relatively speaking) the middle of nowhere, round the other side of the world. That’s belief for you I guess. I remember having the same thought at Kalumburu, another Benedictine mission, and somewhere we might get to later on this trip.

We headed back to the coast, a mixture of country roads and dirt and we tried to plot as direct a route as possible to the town of Cervantes. 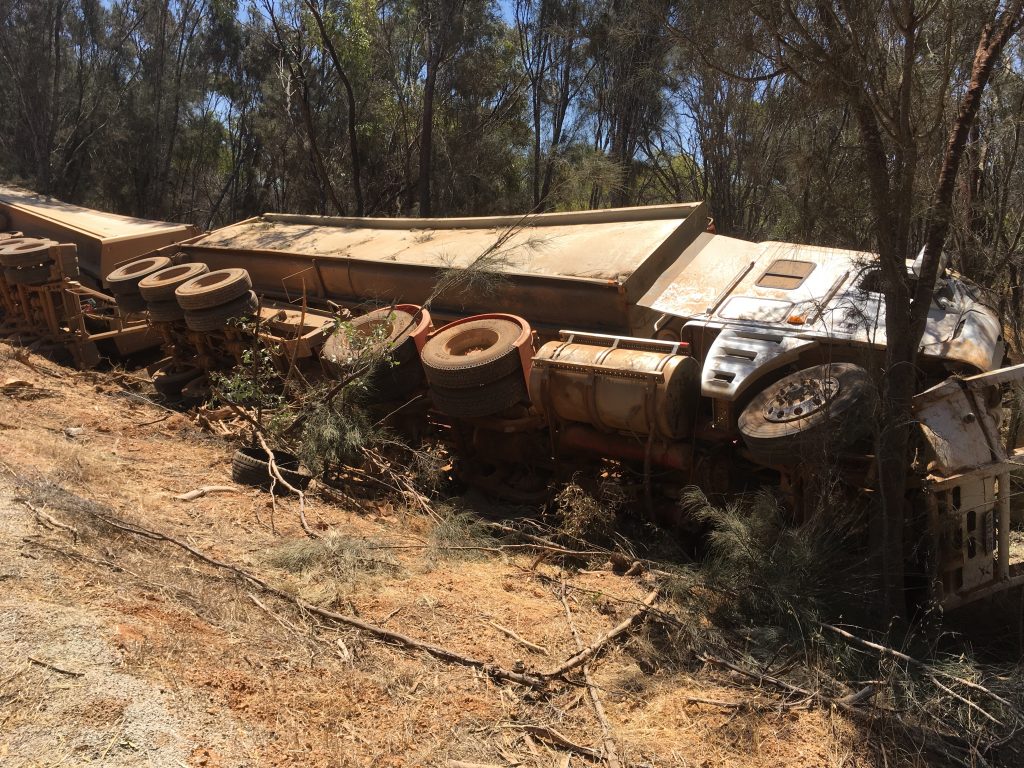 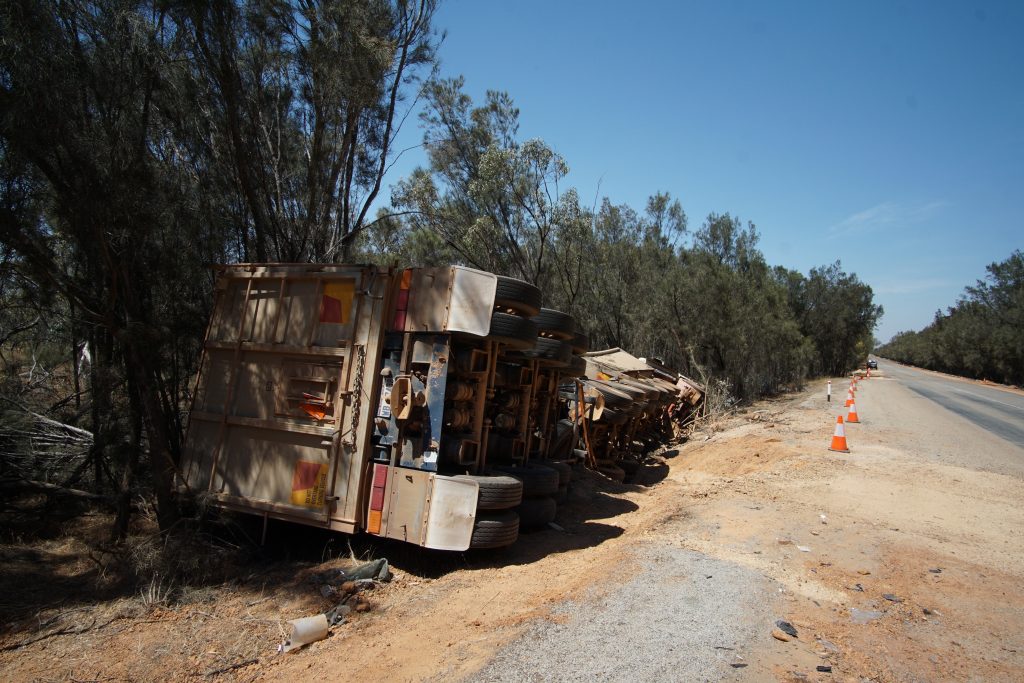 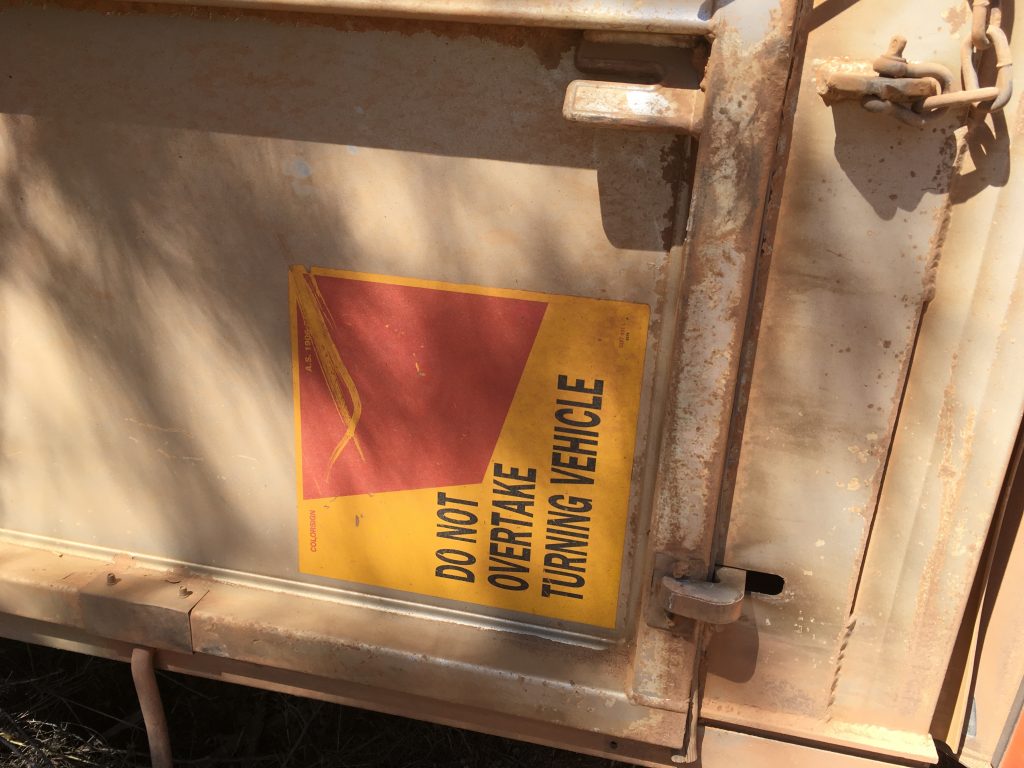 Hope the driver was ok.

Cervantes is a town with pretty much one industry, lobster. Well two really, lobster fishing and lobster related tourism. So I ducked into ‘The Lobster Shack’ to grab a locally caught beauty. 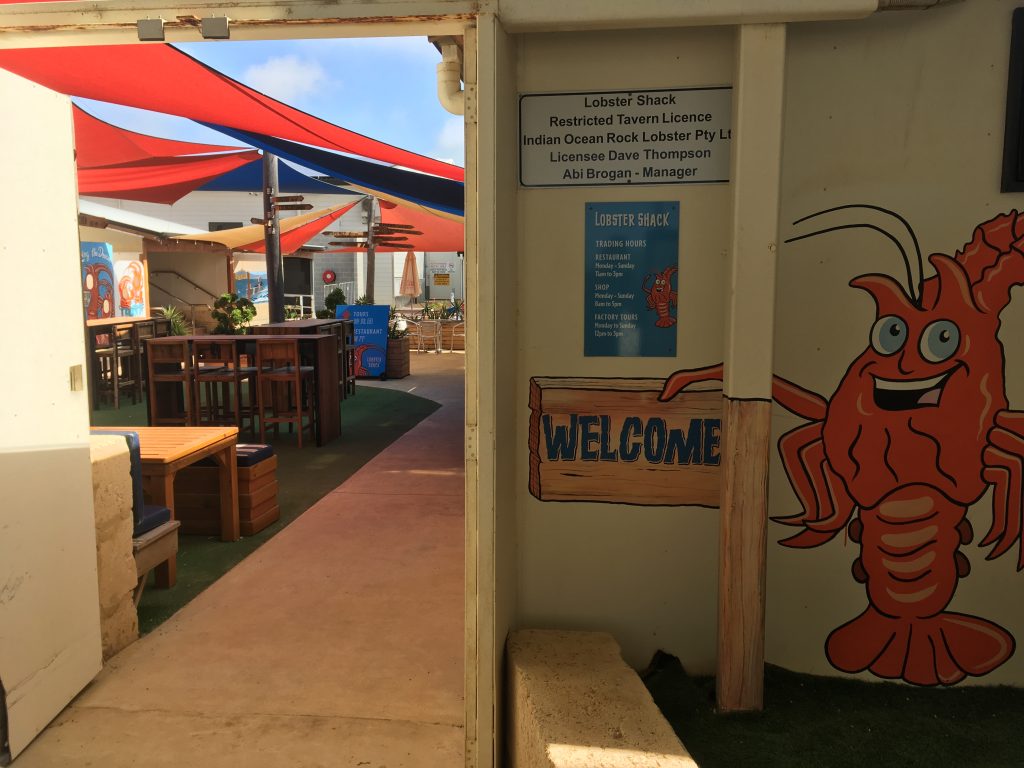 We then headed a bit further up the coast to stay at pretty much the only bush camping in this area, Sandy Cape. This would do us for a few nights, after three days of driving everyone was ready for a break. 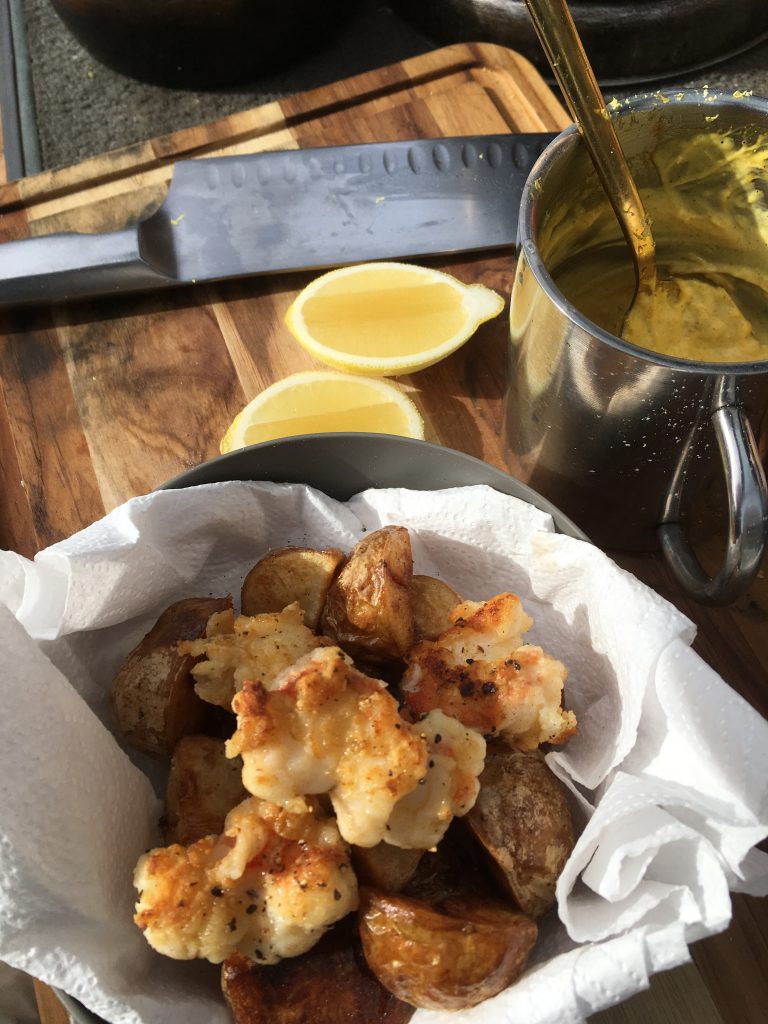 In the end we stayed four nights. This was a public holiday weekend in WA and we soon realised once we gave up our spot here we might not find another, only being a few hours drive from Perth. Now I would normally happily put some miles between us and the crowds but on these longer trips I’m learning that you have to do things a little differently. 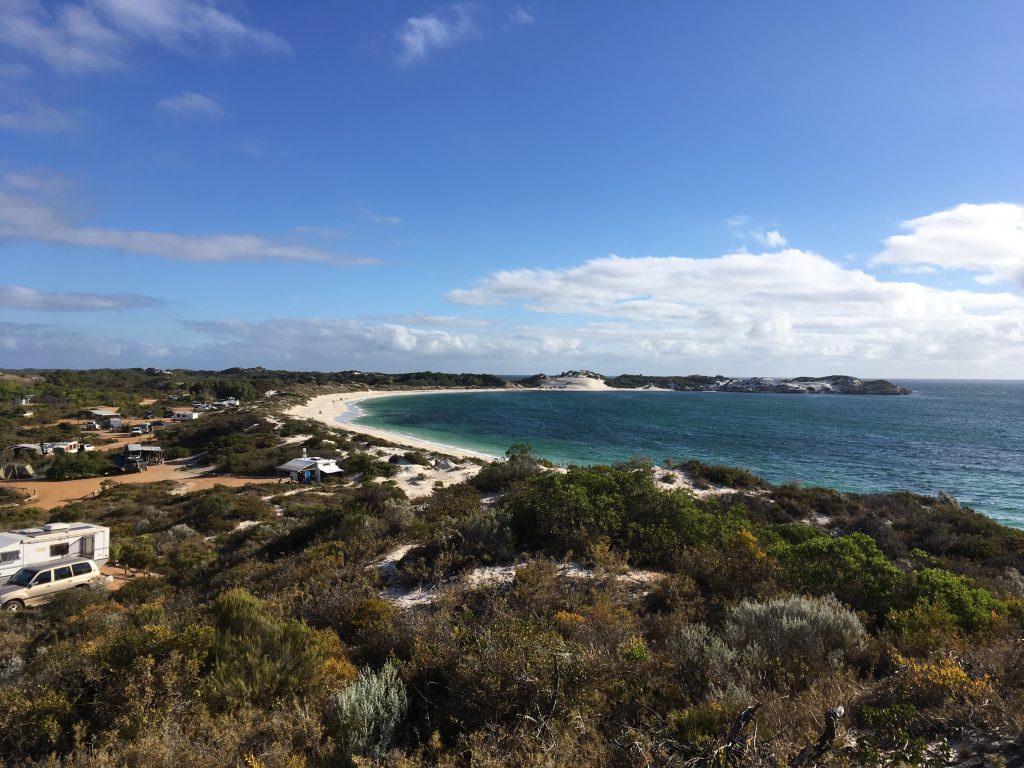 I took this snap from atop the sand dune directly behind our camp. Where I was sat as it was the only place to get internet to be able to write this journal – while N was sat in the car as the local bee populated was attracted to her brightly coloured crochet wool – it probably looked like we’d had a big argument! 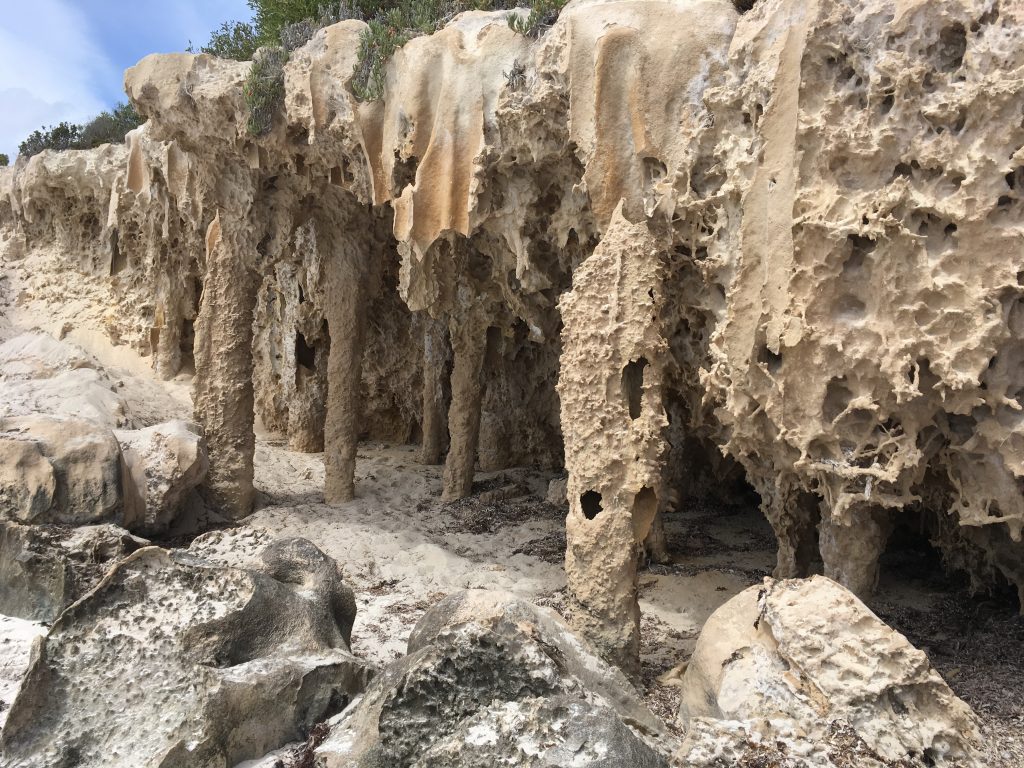 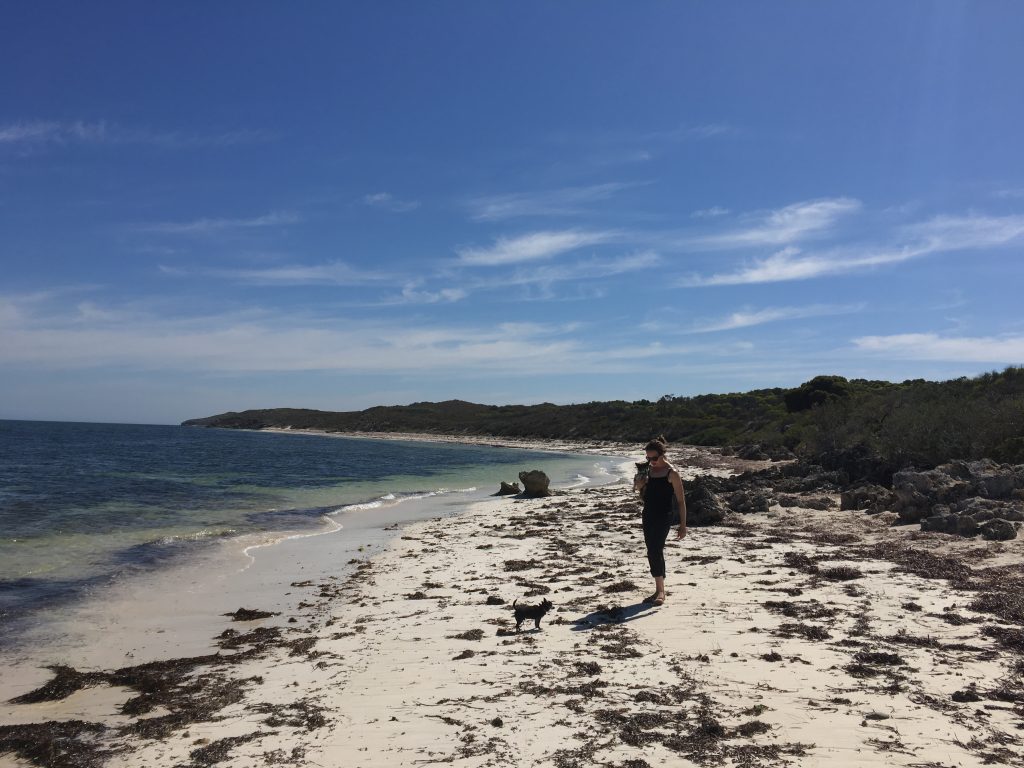 In the end it was actually a good spot for a few nights, and we ended up having some good neighbours. When there is just the two of you, it is important to talk to other people occasionally!

On the third day we were going to head out to the nearest town for a few supplies, and then the Land Cruiser wouldn’t start. I spent a few hours on it and eventually got it started, after fitting the brand new set of spark plugs I carry, after finding 3 of the cylinders flooded (fuel). This has happened once before a couple of years ago, but those plugs were more like 15,000km+ old, these had less than 5000km on them. Maybe the ignition coils are on the way out, they are probably original. Or as I said to Naomi, maybe my mucking about did fix something but by then it was already flooded. It started up fine the next morning and has been fine since, at time of writing. Disconcerting though…

After Sandy Cape we tootled a bit further up the coast to another organised camping area in Irwin Shire. We hung out here for a couple more nights while the long weekend madness subsided. With unusually good internet reception at this campground, I actually managed to get these journals up to date with the present time. 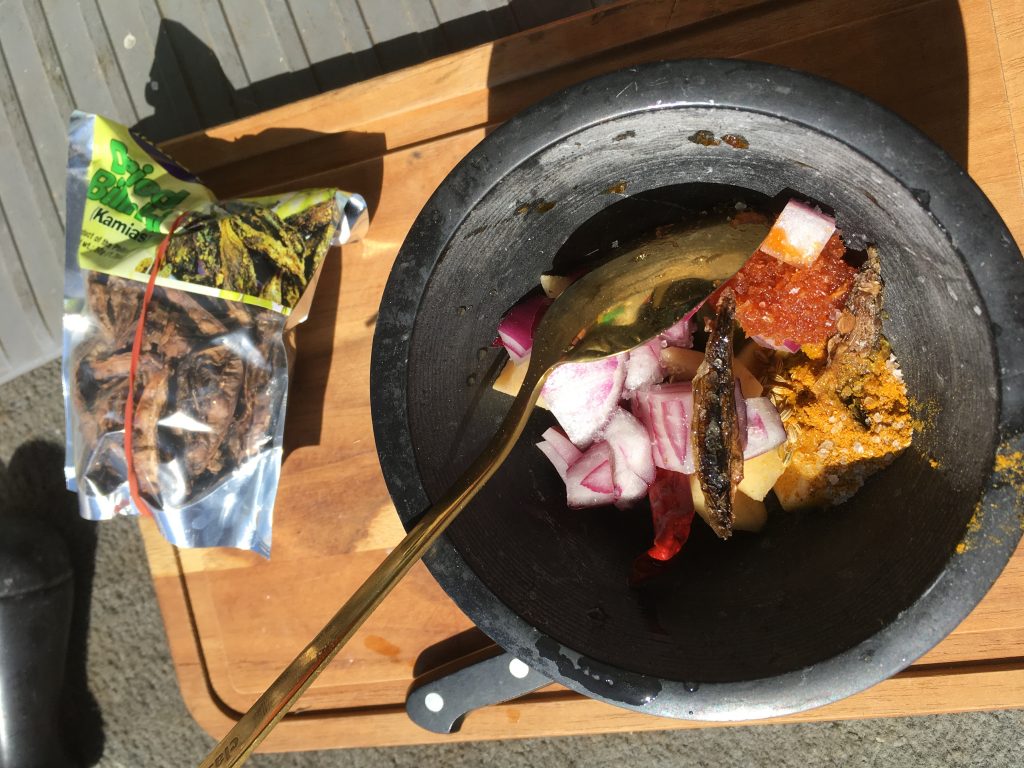 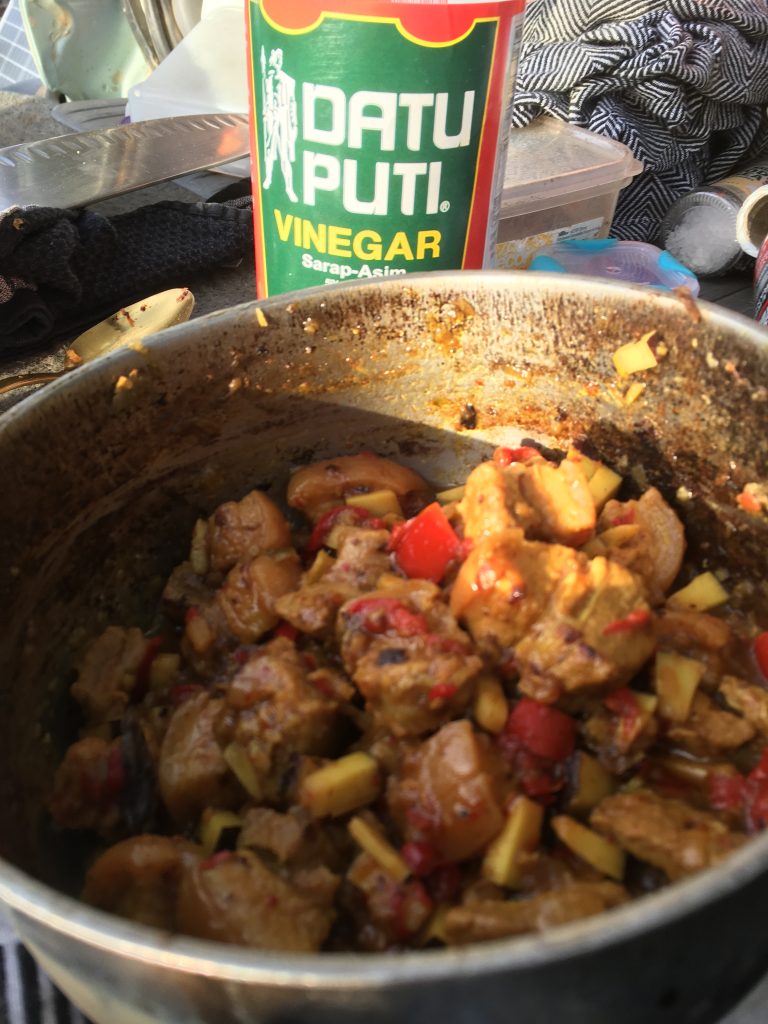 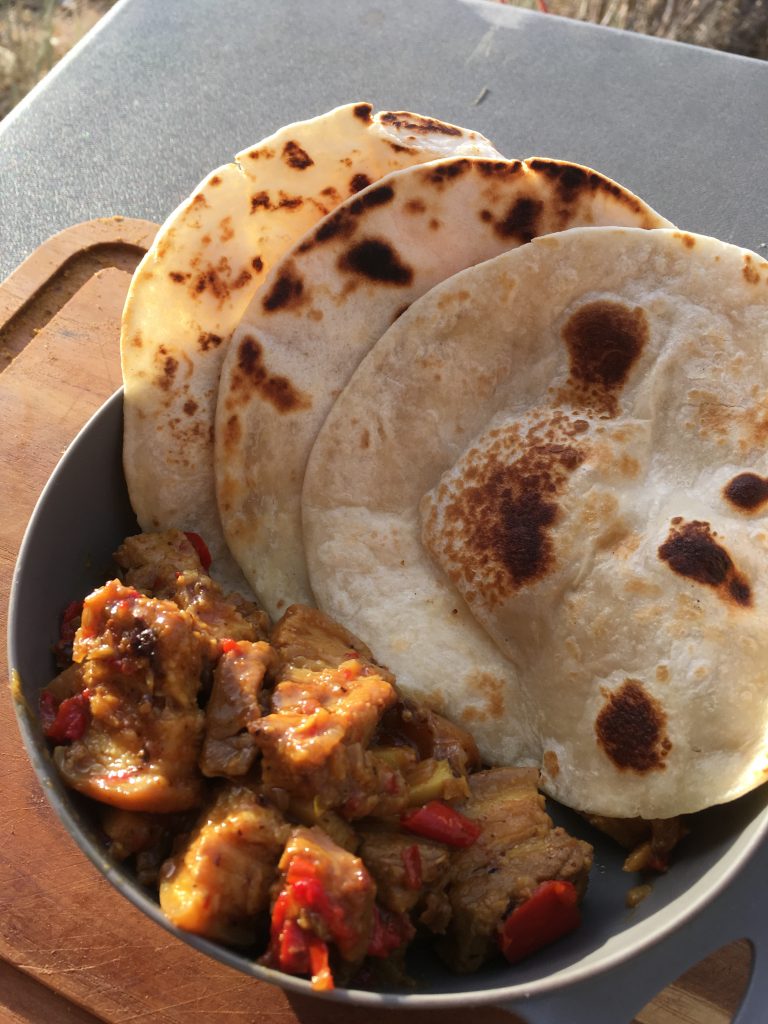 Tomorrow we move on. Thanks for reading. 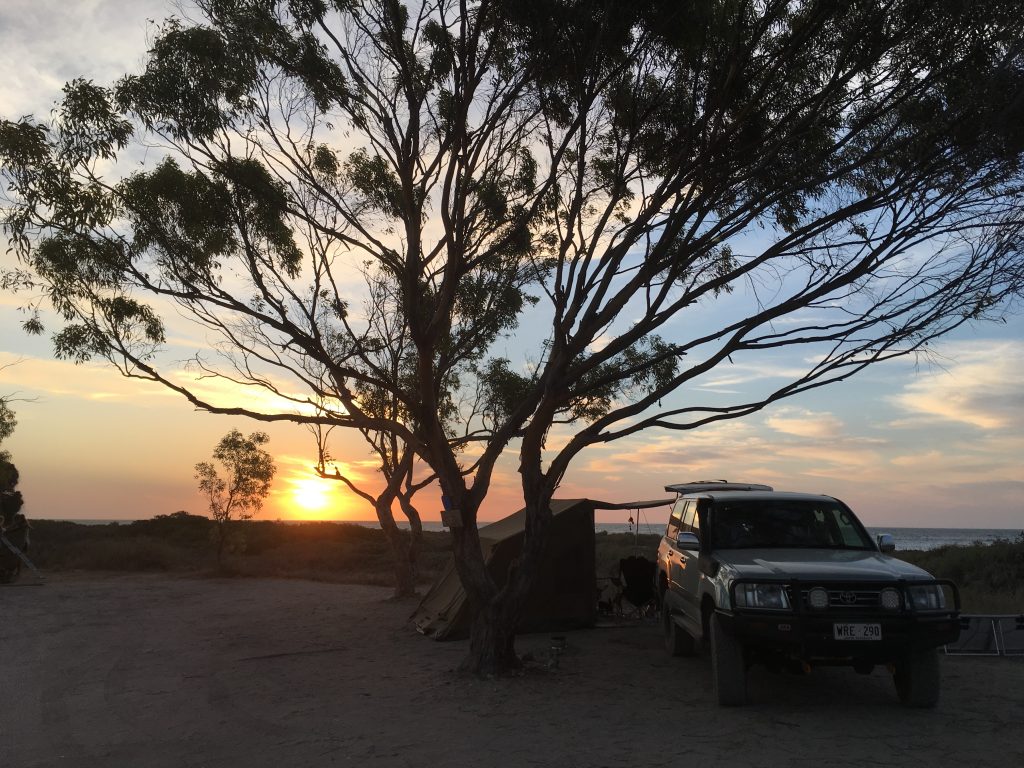