I’ve always said the You Tube algorithm is the best. Out of all the digital platforms I use, YT by far feeds me the most interesting content – I never thought it would start me on a new path to increased health, fitness and happiness.

Talasbuan – a channel about a couple living off grid in a Swedish forest. Right up my alley, thanks You Tube, great job. Seeing they had a website and always preferring to read the written word than watch a video, I headed over there. Scrolling the ‘English Blog’ I found a post on ‘Eating Meat’ the opening paragraphs grabbed me…

Hello, this is Mathias writing. I’ve mentioned in our videos that me being vegan for a long time took a toll on my health. I’m going to tell my story someday, it has already been told on my Instagram (@javrri) once. I want to tell it in a video as well, but until I get that done, here is a bunch of links that I found interesting during my search for health and a deeper understanding of life and death. I think most people who eat will get something out of the information in these texts, podcasts and videos.

If you want to discuss this with me, please refrain from making ad hominem arguments. One can be skeptical against the source or person that provides the information, just as I would be skeptical against a study by a soft drink company that says sugar is good for you, but in the end, one has to be critical against what is being said, not who is saying it in order to further the discussion. Some of the information in these links may be clashing, some can be wrong, the important part is to read and listen to many sides and form ones own opinion, and not just dismiss information because it is uncomfortable or clashes with ones believes.

Now, we had been mostly vegetarian since coming back from our trip around Australia. I had been cycling to work for more than a year, about 200km/week – what most would consider a pretty healthy lifestyle. By most peoples measures we were pretty healthy, only slightly over-weight and in reasonable fitness. However, I’m always interested in different peoples approaches to food, food generally and food history, so I scanned the links in the blog, and decided to give this a listen.

Well, few single things have had such an impact on me. So much of it just seemed to make sense.

So, I started to pivot our diet to be more ancestrally appropriate. Not as easy as it sounds when you’ve spent your life eating processed foods and been led to believe that plants are healthier than meat, and you need a ‘balanced’ diet.

So we had been eating ‘Sapien’ for about a month and Intermittent Fasting for a couple of weeks, when I happened to turn 45. Birthdays are not a big deal for me, but as a man in Australia when you turn 45 you get a letter from the Treasurer and the Minister for Health – which basically says “you are now officially old, please don’t be too much of a burden to the rest of society from here in on…” it doesn’t say that, but it could. Anyway easy enough to throw that in the bin, except I read it. It gives you links to a questionnaire, where you answer questions about various aspects of your life, diet, fitness, money, socialising, job satisfaction, etc. I scored pretty well, except diet (booze) and exercise – despite the 200km a week it said you need to do more resistance training as you get older, not just cardio. Fair enough I thought, I can stop at one of those exercise stations down by the beach and do a few chin ups and sit ups.

So I did, next bike ride I stopped. Now, in the Army, in my late twenties I could do about eight chin ups, I never really worked at it, but I was in pretty good shape then. So, age 45… I did two, barely. Ok gotta start somewhere. I said that if I could get to five in a year I would be happy with that – I’ve just turned 46, I can do fourteen.

[in reality it’s a continual work in progress and I try not to get too hung up on the numbers. You get more disciplined over time, with proper dead lift (no leg movement) and I’m now going for a pause between each pull up, no momentum]

It should be noted in the same 12 months, I’ve taken a good fifteen minutes off my 25km commute ride time. Even the way I ride the bike is different, I tend to use the gears less and just ‘muscle’ it up short climbs or out of turns.

To be honest after the first few weeks I knew there was no going back. My body composition got really good really quickly. I had loads of energy, all day long. I was sleeping better. I care way less about money and material things than I ever did (which was never a lot). I’ve never been much for worrying generally but I’m really detached from it now, to the point I’m almost worrying about it! You have to remember this was the time of peak COVID.

So what do we eat? We buy a quarter of a cow at a time from local famers who raise their cattle on grass their whole life and butcher it too. Best from a nutritional, environmental (sorry, but monocropping anything is about as devastating to a piece of land as you can get…) and ethical point of view (yes, you need death to have life) and we try to eat as much of the animal as possible. Now I’m not going to pretend this is as easy as getting Uber Eats McDonalds. I spend maybe 30% of my free time on food prep, but I have always enjoyed all aspects of preparing food.

It doesn’t have to be like that. A friend at work, who wanted to lose weight, decided to give this approach a try (what have you got to lose?) – instant results (5kg in 3 weeks) saw him invest in a steak cooking machine (who’d have thought?) so his steaks are perfect every time.

People ask what my diet is? Low carb, it is, but only because if you chase nutrient density you naturally end up there. However many people don’t understand that term (nutrient density) so ‘low carb’ is an easy handle that people can understand. So it’s a lot of meat, seafood and eggs, we still eat vegetables but mostly for variety as much as anything else. We mostly just eat lunch and dinner with nothing but black tea, coffee and water in between, once you get used to running on body fat it changes your approach to many things – I can go for long stretches now without ‘refuelling’. Get up and go for a 80km bike ride with no breakfast? No worries.

If it all sounds too hard and too far away from where you currently are. We didn’t one day flip a switch and become hardcore keto carnivore-ish, but it happened more quickly than we both expected, we quickly lost our pallet for a lot of those processed foods. As the Muscle Maven says give it a try, if it doesn’t work just go back to what you were doing before, which isn’t working.

This photo is my recently renewed 10 year drivers licence, plus the licence it replaced. You can see the weight gone from my face and how much more I’ve been outside! 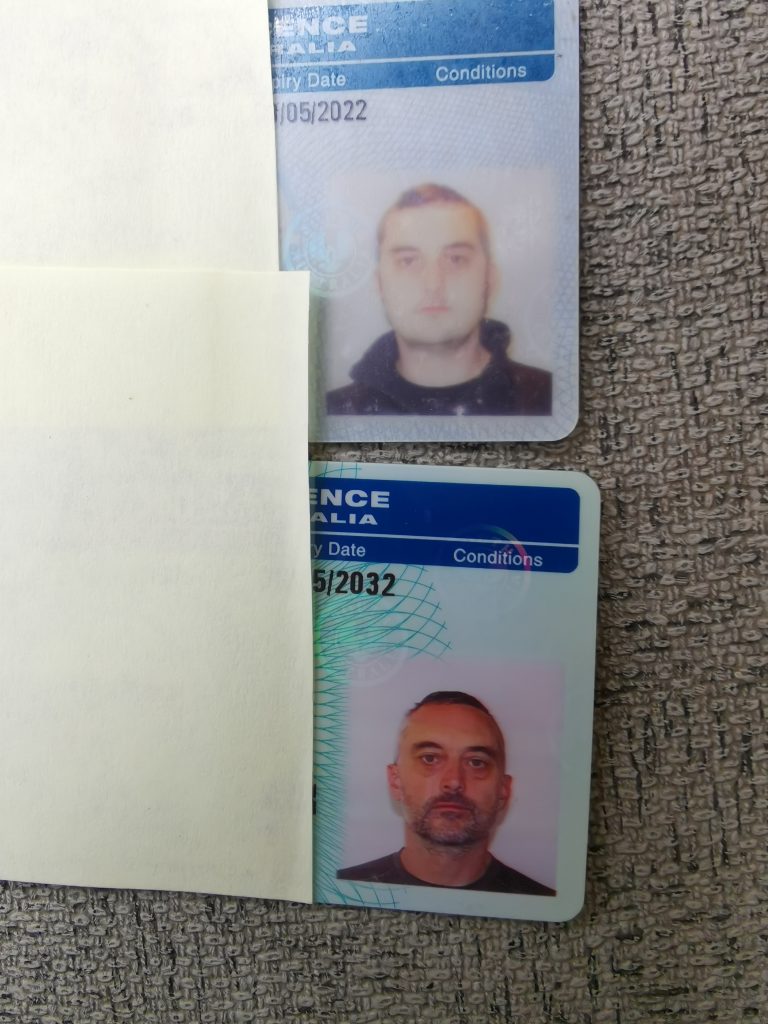